Chelsea’s young Albanian striker, Armando Broja, has impressed a lot in his loan spell at Southampton. The 20-year-old has been consistent, and the Saints are looking to sign him permanently in the summer. However, the Blues have no plans to sell their young prospect as he might be the next big thing for them. Broja is playing his first full season in the English Premier League, and a lot of clubs are scouting the youngster. 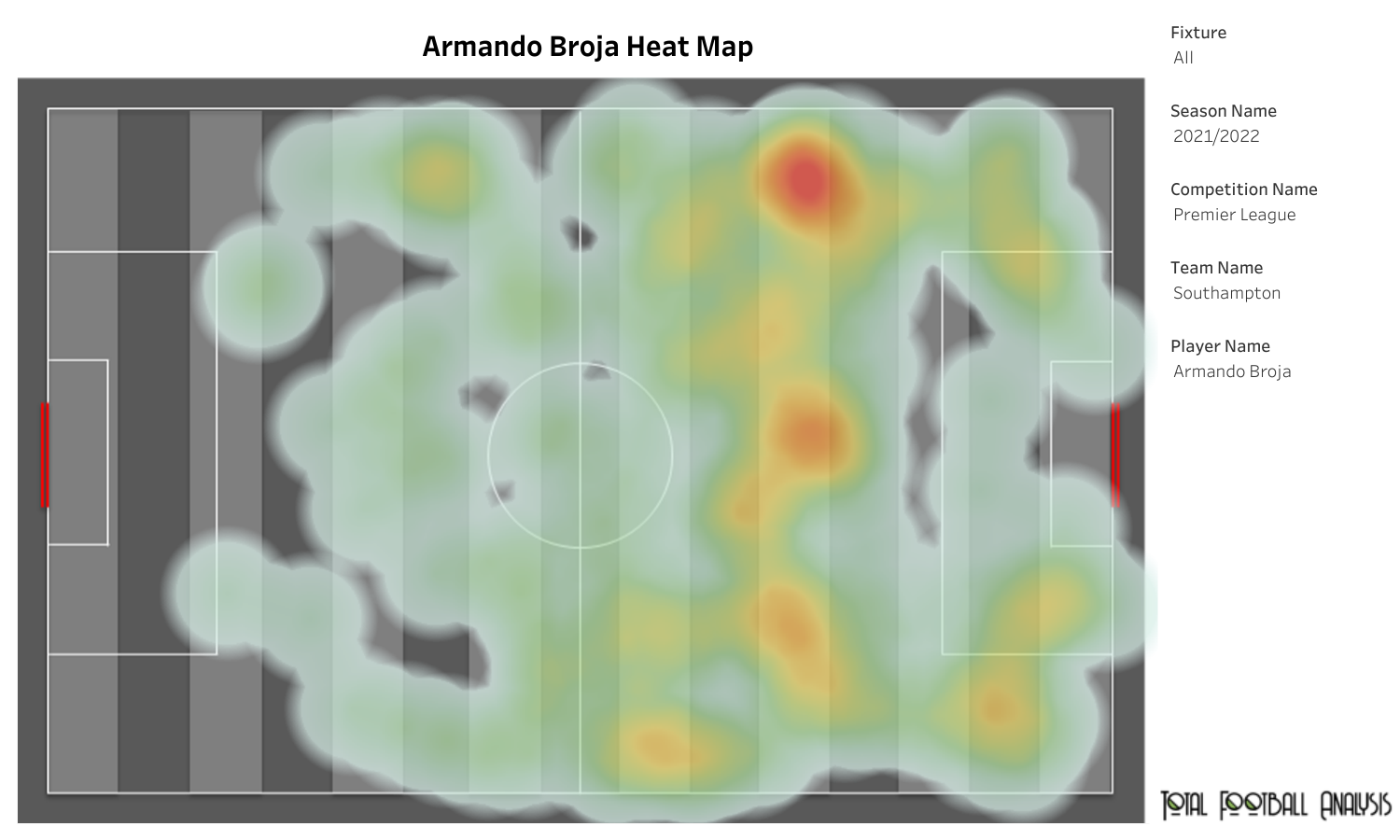 Armando Broja has made 20 appearances for Southampton this season and is now a regular starter in the team. The striker has scored six goals with an overall xG rate of 4.48. The heat map shows that Broja features in a front two for his team, and the heat map shows that the striker likes to go wide and likes to stretch the defense. He has had 45 touches inside the opposition’s penalty box. 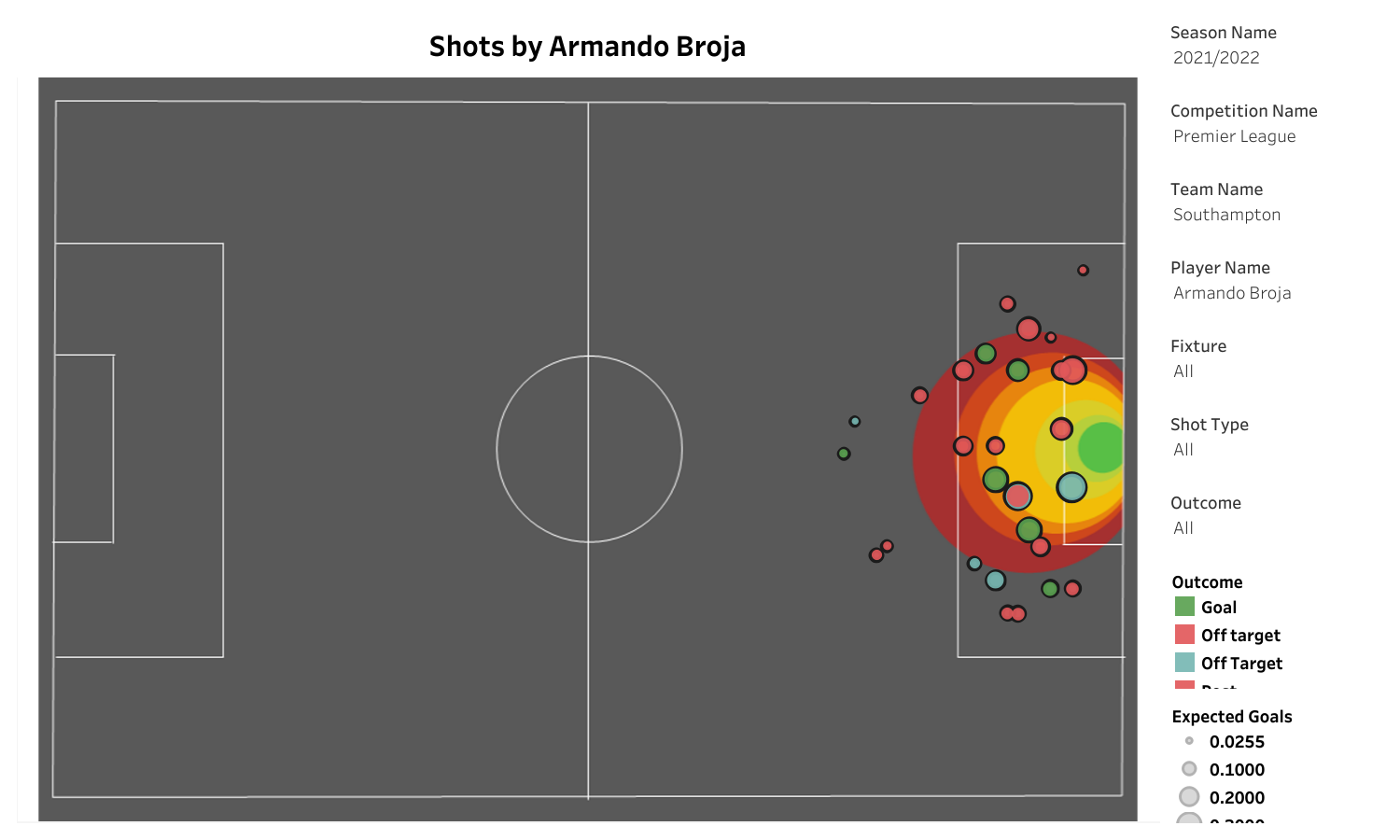 Armando Broja is yet to provide an assist this season, but the player has attempted passes from dangerous positions. He has attempted 178 passes, and the above map shows the pass starting location. Broja likes to get into the box and make full use of the goal kick line. The highest threat is created by passes attempted from inside the opposition’s penalty box and the right side.

The Albanian international has not only impressed in the attack, but his defensive contributions have also impressed the other teams. The above viz shows all the duels contested by the player that resulted in a win or ended in a neutral result. Broja has contested a lot of aerial duels inside the opposition’s penalty box and towards the wider sides. He has also contested a lot of loose ball duels and won most of them inside the opposition’s half. Other than this, so far, he has made 19 interceptions and 35 recoveries.

Armando Broja is one of the best strikers in the Premier League. He features regularly for the Saints and has contributed a lot in their escape from the relegation battle. He can play wide and provide a lot of options for the attack. Chelsea will assess the situation of the youngster and might send him on loan in the next season so that he gets more game time. The player might be the next number nine for the Blues.