Chelsea are looking to add new faces to their defence as a replacement for some of the players who are on the verge of leaving the club. With Antonio Rüdiger and Andreas Christensen likely to leave, Cesar Azpilicueta is also on the transfer radar of Barcelona. The Blues are scouting a few players that would be the perfect fit for the team. One of the players that have emerged as a target is RB Leipzig’s defender, Josko Gvardiol. The centre-back was a regular part of the German club’s defensive line and also represented Leipzig in the UEFA Champions League. The player is just 20-years-old and carries a lot of potential. 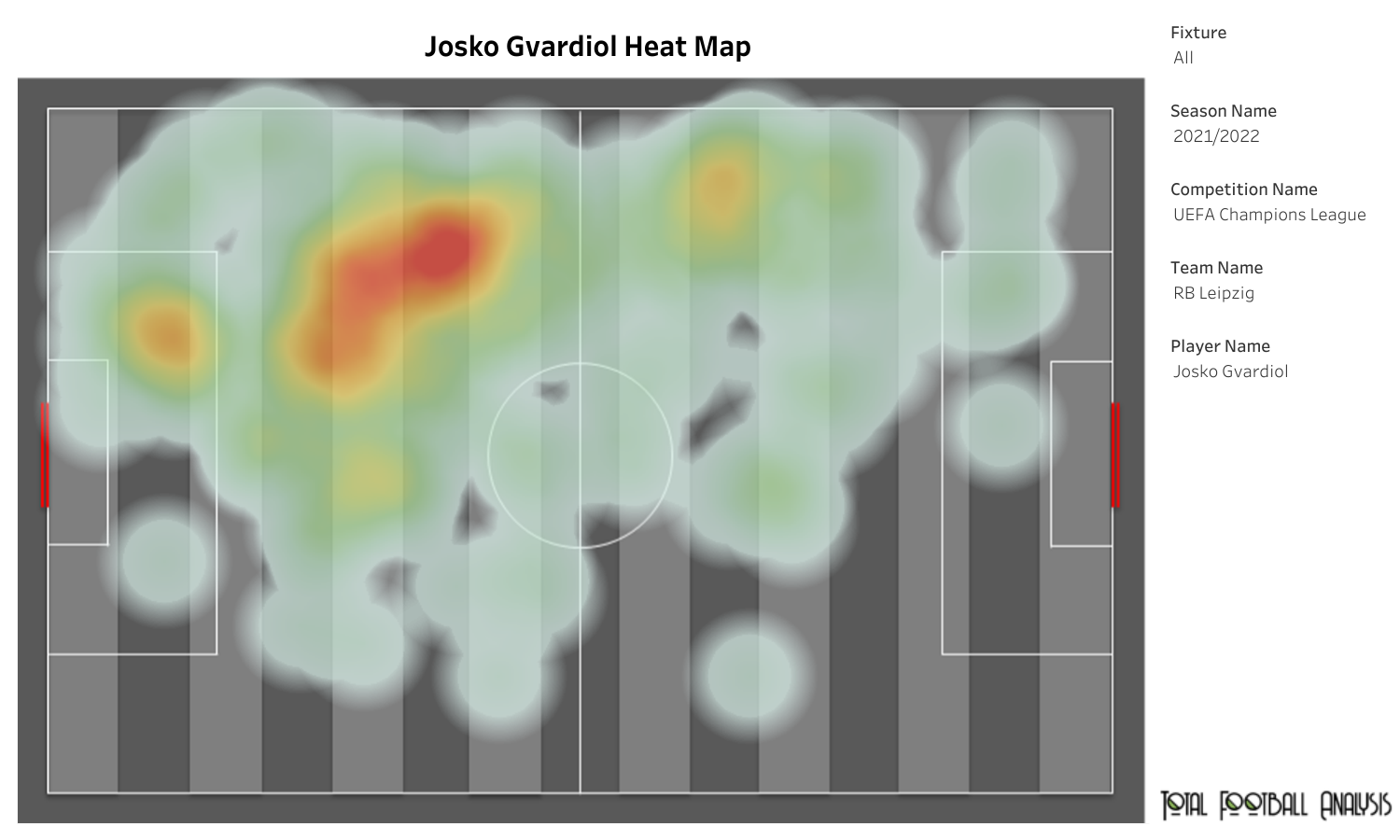 The defender featured as a left centre-back in all the six matches that he featured in the UEFA Champions League. He started in three matches and came off the bench in the other three. The youngster struggled for a start towards the start of the season as he was introduced off the bench in the first three matches of the elite competition. Later on, he cemented his place in the backline and was a regular part of RB Leipzig’s side throughout the season. 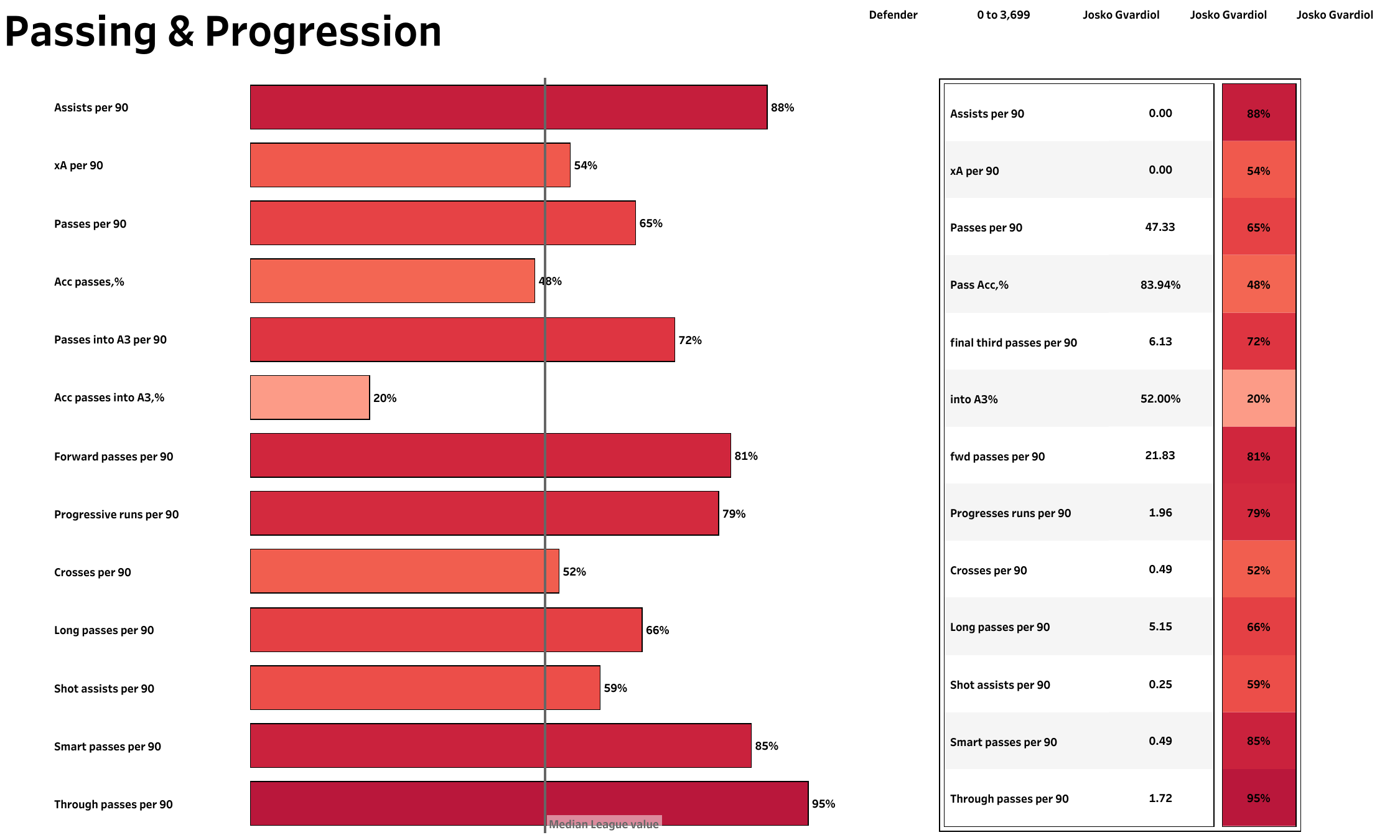 When looking at the above chart, the general rule is that the longer the bar, the better the performance — you can see the league average in the middle, and the % is the percentile rank the player is in. The above viz shows his passing stats in comparison to the other defenders in the UEFA Champions League this season. RB Leipzig have played with the likes of Manchester City, PSG, and Club Brugge. Josko Gvardiol averaged 47 passes per 90 minutes with an 83.94% passing accuracy rate. Notably, he has a high percentile rank for smart passes and through passes. The 20-year-old attempted two crosses, two smart passes and seven through passes in the tournament. 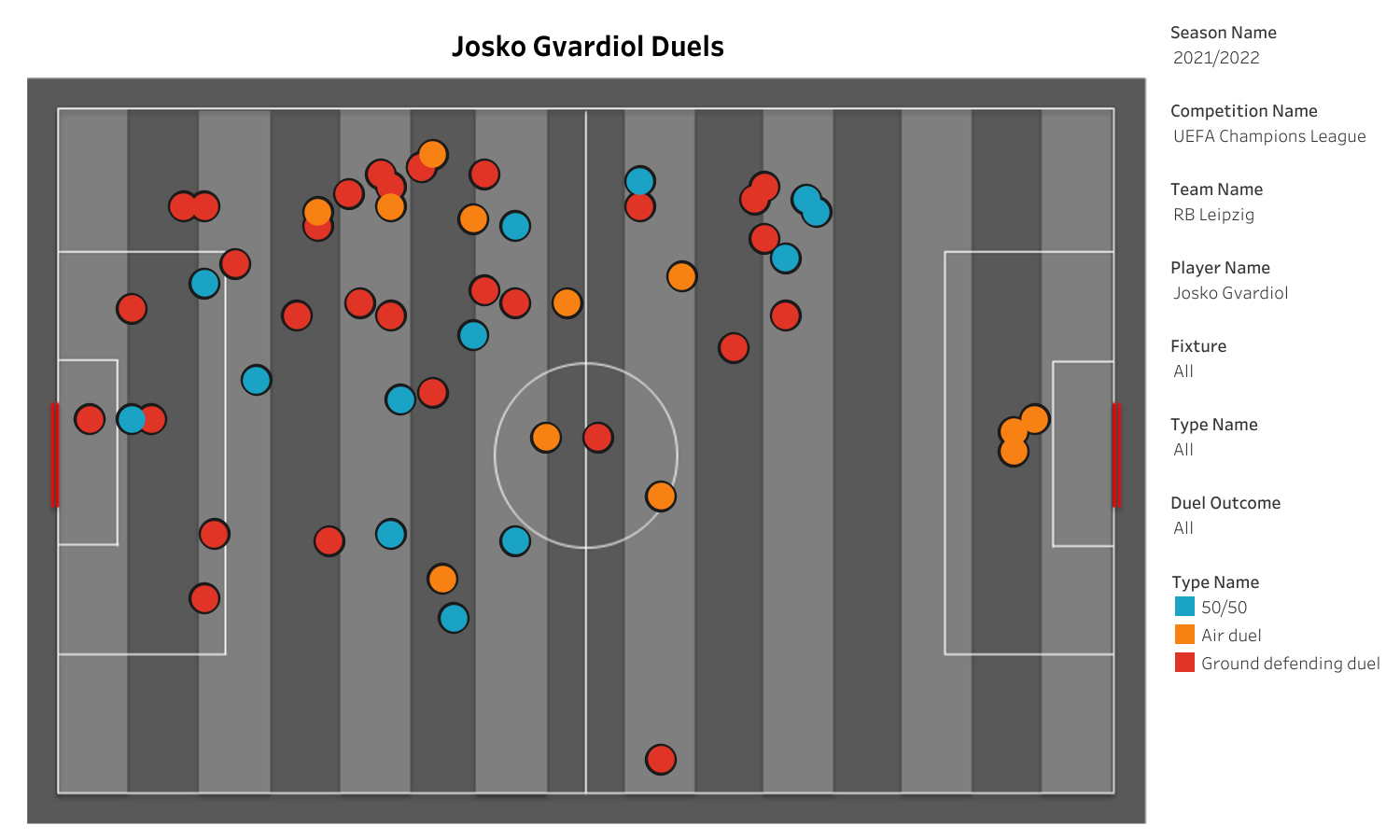 Josko Gvardiol also made 29 league appearances and scored two goals, along with two assists. He helped his side to reach the UEFA Europa League semi-finals and the UEFA Champions League for the next season. Chelsea will face a lot of competition to sign the defender, but he could save a lot of money for the Blues.