Chelsea made a poor start to the English Premier League campaign by their standards. They have played six games this season and collected ten points. These include two losses, and the performance of the Blues was below standard in both matches. One of the biggest reasons behind the downfall of the team is the form of the strikers. Romelu Lukaku left the club for Inter Milan, and that left the manager with a few options in the attack. He started with Raheem Sterling and Kai Havertz as the two strikers. Sterling has scored a few goals and was the most dangerous man in the attack for Chelsea. However, his striking partner has struggled, and the inconsistency led to poor results.

Kai Havertz was signed by Bayer Leverkusen in 2020. The 23-year-old is one of the top talents in German football and can play in any attacking position in the final third. He can score goals and also build play with his other teammates. The German was the main Chelsea threat last season. We now look at some of the stats that show how Havertz could help his side once he returns to form. 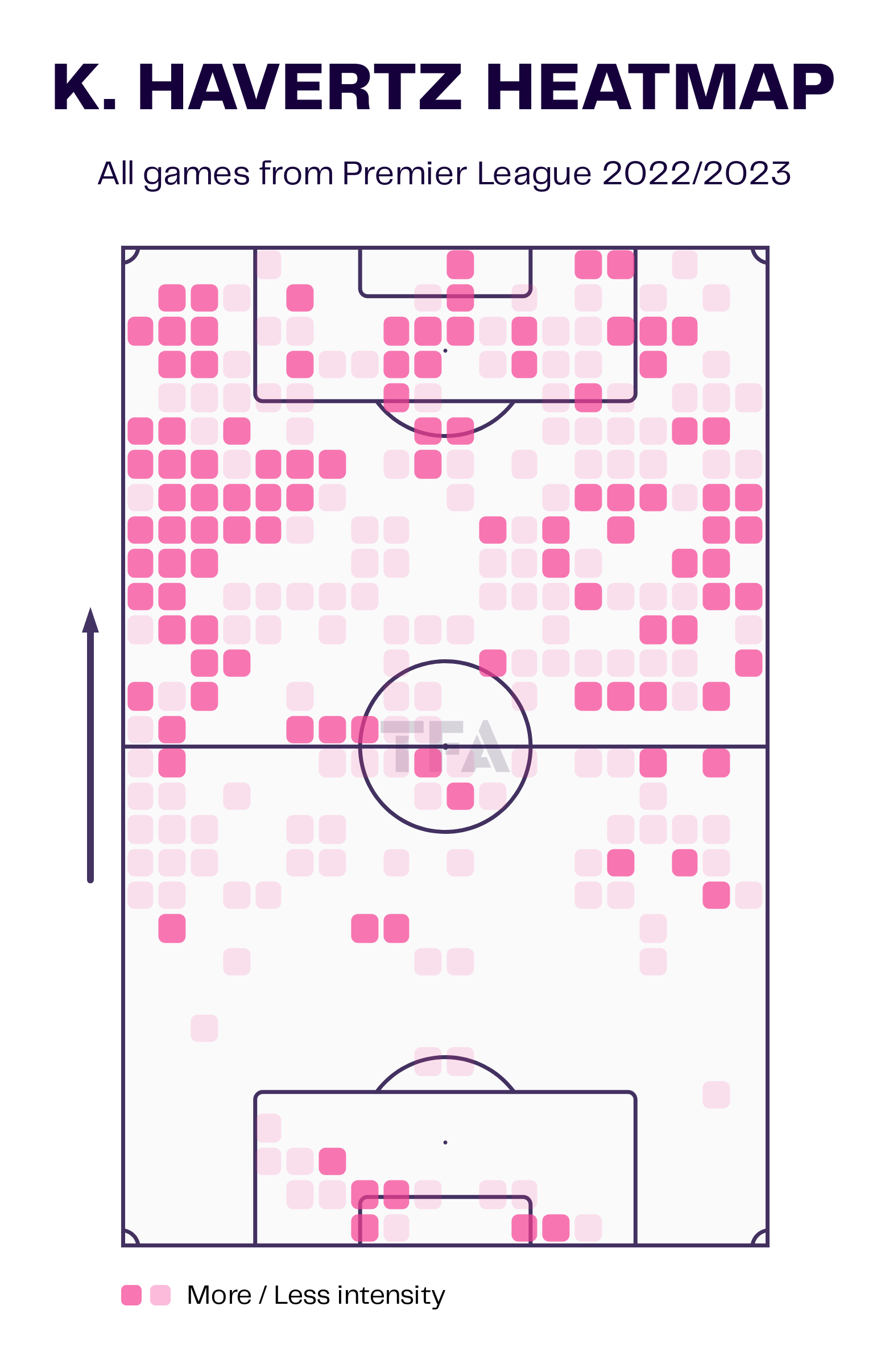 Kai Havertz has spent 467 minutes on the pitch in the English Premier League this season. He scored a winner in their last league match against West Ham United, and that is his only goal for this season. The above viz shows that Havertz has played a few times on the left side. He has covered a lot of areas in the final third and has taken some dangerous positions inside the opposition penalty box. The player averages 4.24 touches per 90 minutes inside the penalty box. Last season, the average number of touches was 5.63. Havertz will look to get more into the box and get behind the ball. 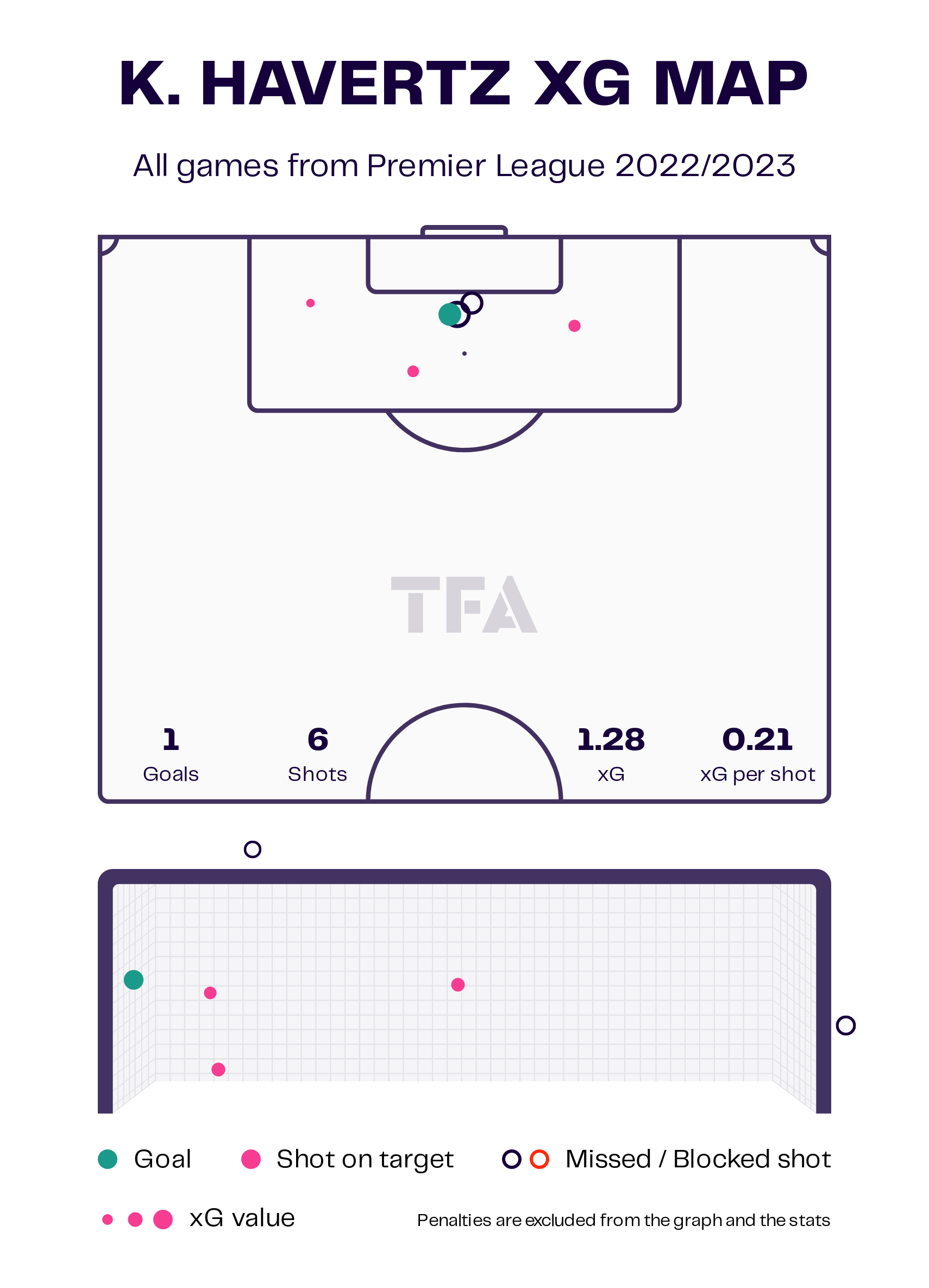 The 23-year-old has attempted six shots this season, with a 66.67% shot accuracy rate. He averages 1.16 shots per 90 minutes and every shot has been attempted from inside the opposition penalty box. Kai Havertz’s tall figure helps him to get behind the crosses, and he has won 46.3% of his aerial duels this season. 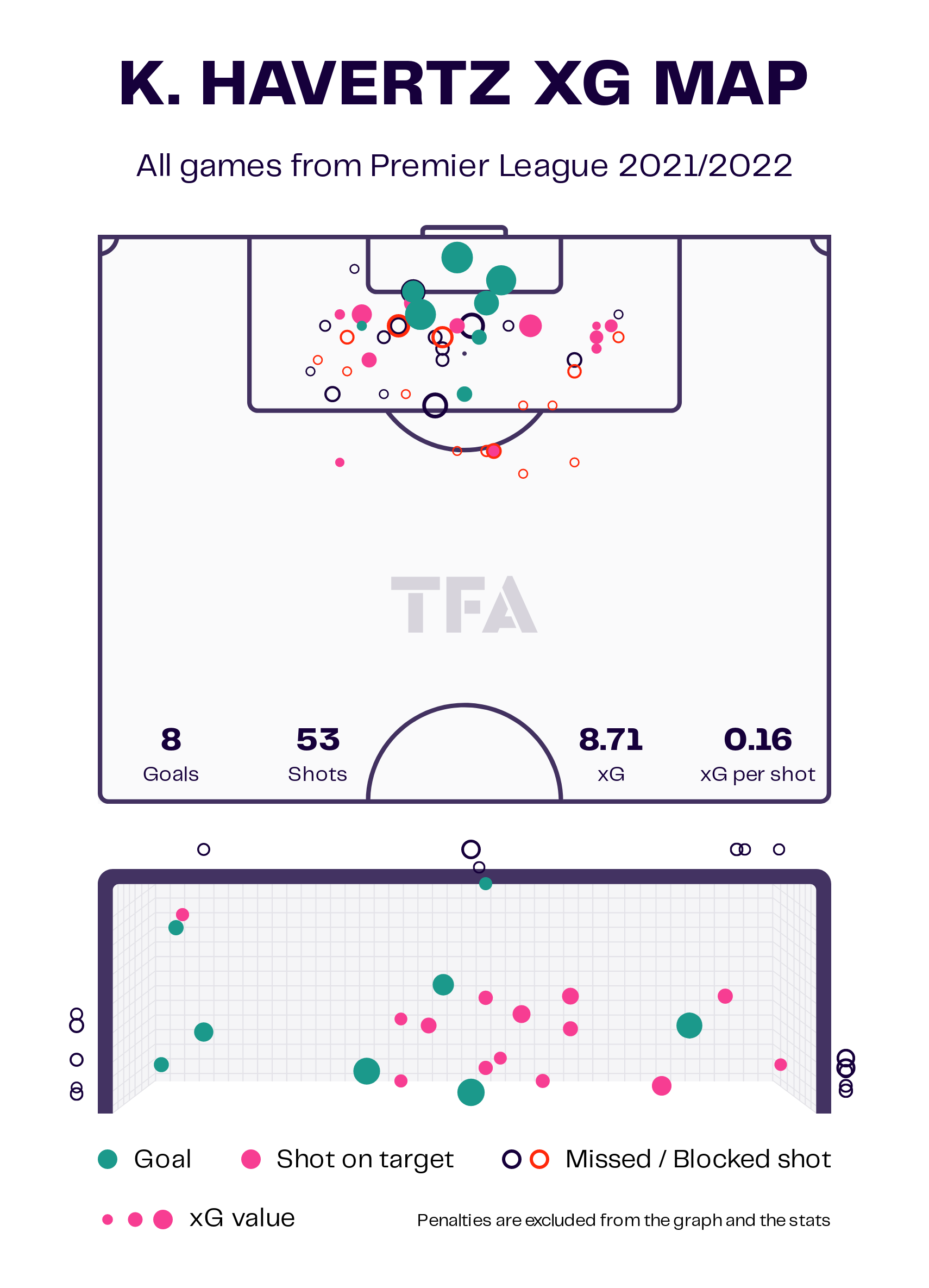 Last season, the German averaged 2.43 shots per 90 minutes with a 41.5% accuracy rate. Most of the shots were attempted from within the opposition penalty box, and he made more runs to the 6-yard box. This shows that the player has the ability to score more goals and could help Chelsea to rise up the league table.

Chelsea’s form has also affected the form of some of the players. They are unable to pass the ball in dangerous areas with the same consistency and these players have struggled to score goals. Graham Potter will look for improvements in the coming games and hope his German striker performs consistently in the coming season.