Chelsea made another signing before the start of the season. They sealed a move for Brighton’s left-back, Marc Cucurella. The former Barcelona player was heading for a move to Manchester City. However, Chelsea made a late decision to sign the player, and their deal was accepted ahead of a move to Manchester City. The full-back made a move to the English Premier League last season. Since then, he has had a significant impact on the team, earning him a transfer to a bigger club. Chelsea are likely to sell Marcos Alonso before the deadline. Ben Chilwell is also getting back to full fitness. Chelsea signed a versatile player who could even play as a centre-back. Let us look at some of the stats that show why Chelsea were keen to buy the player. 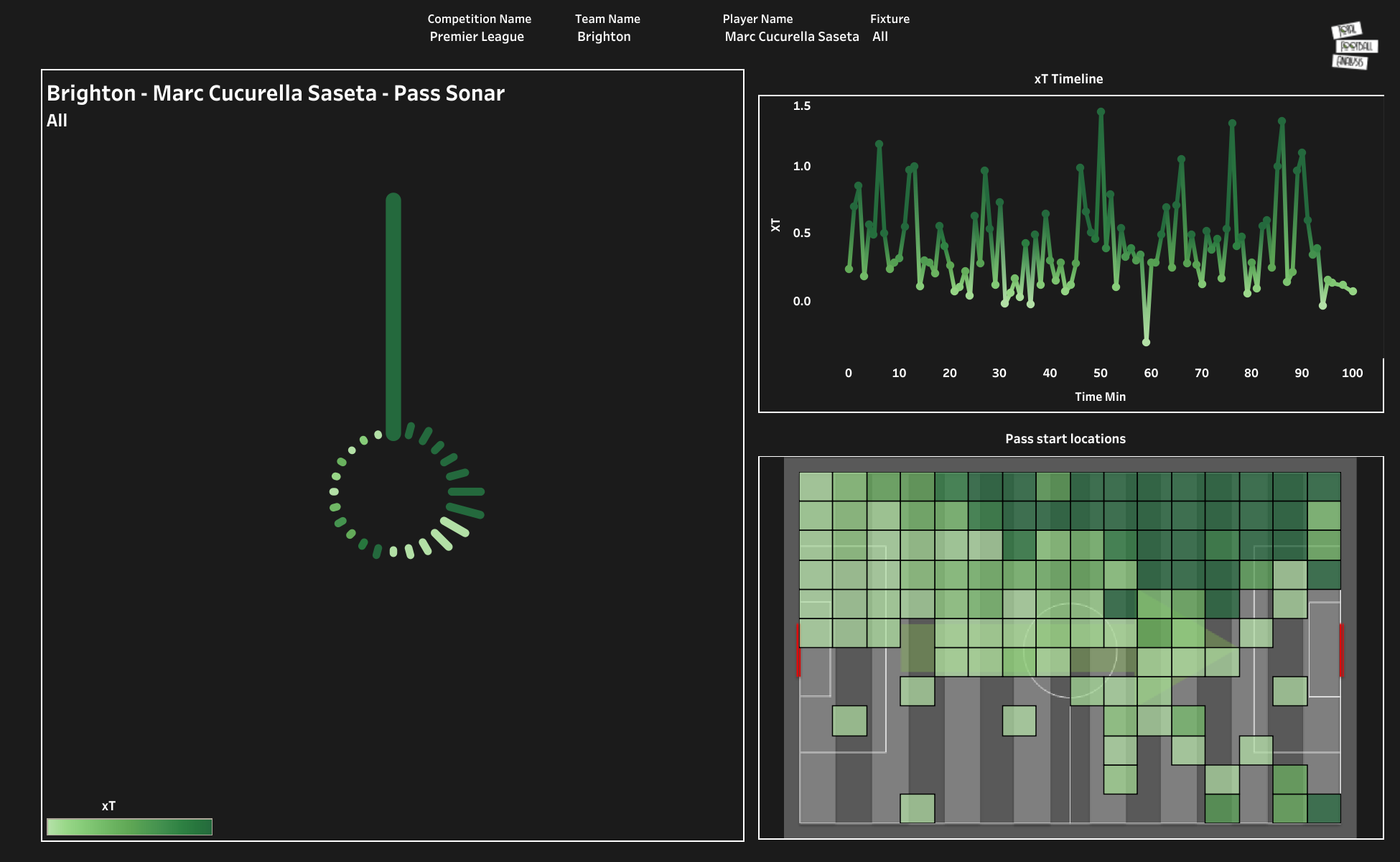 Cucurella played as a left-back and a left-wing-back. He constantly created threats through his passing. The 24-year-old averaged 52 passes per 90 minutes with an accuracy rate of 82.67%. The above timeline shows that the player created constant threats by passing on the pitch at regular time intervals. 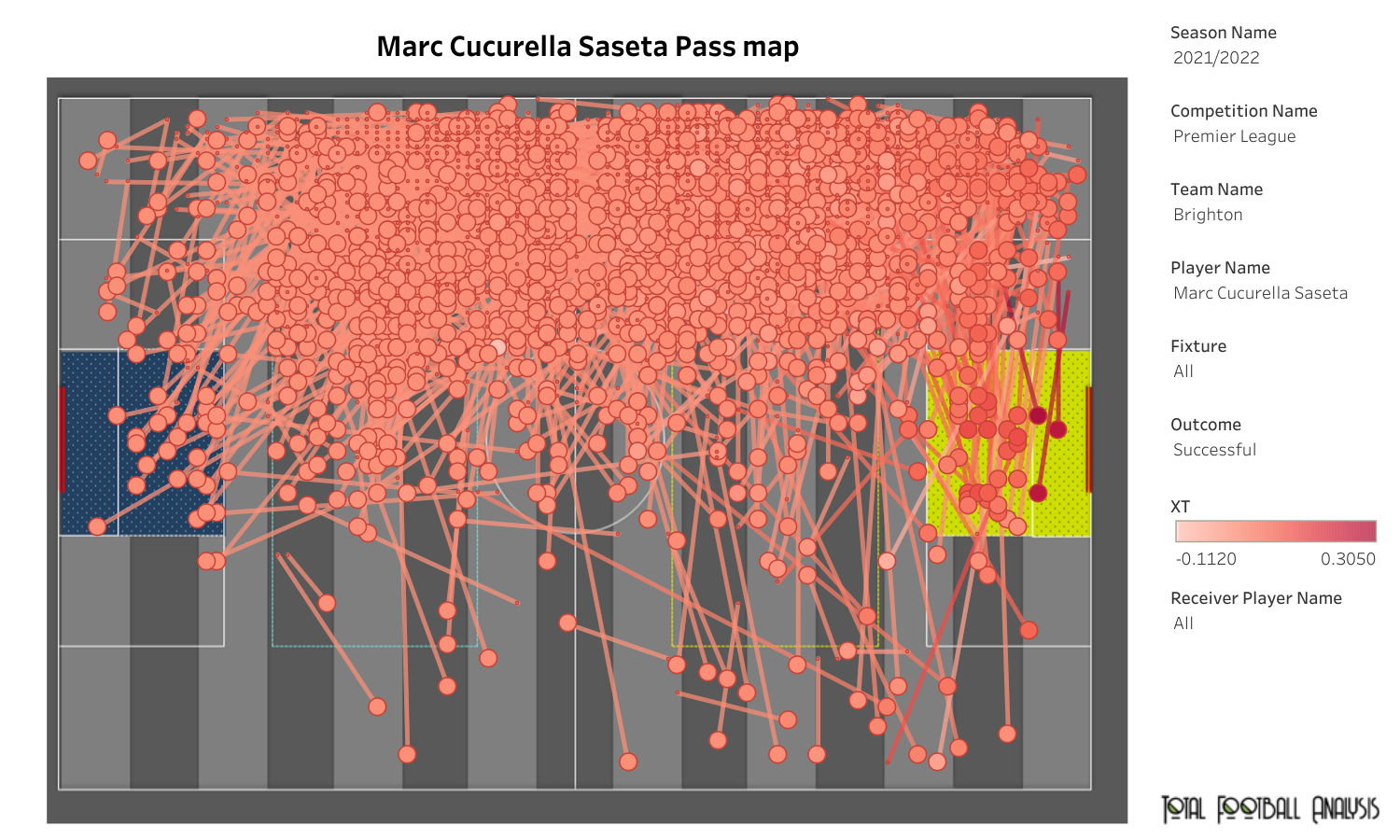 The Spanish full-back was very consistent in landing his passes inside the opposition’s penalty box. The above viz shows all the successful passes that Cucurella delivered. He averaged 3.22 crosses per 90 minutes, and those were the main threats for the team. Chelsea have added an attacking full-back to their squad. They have strengthened their full-back position with two first-team options. 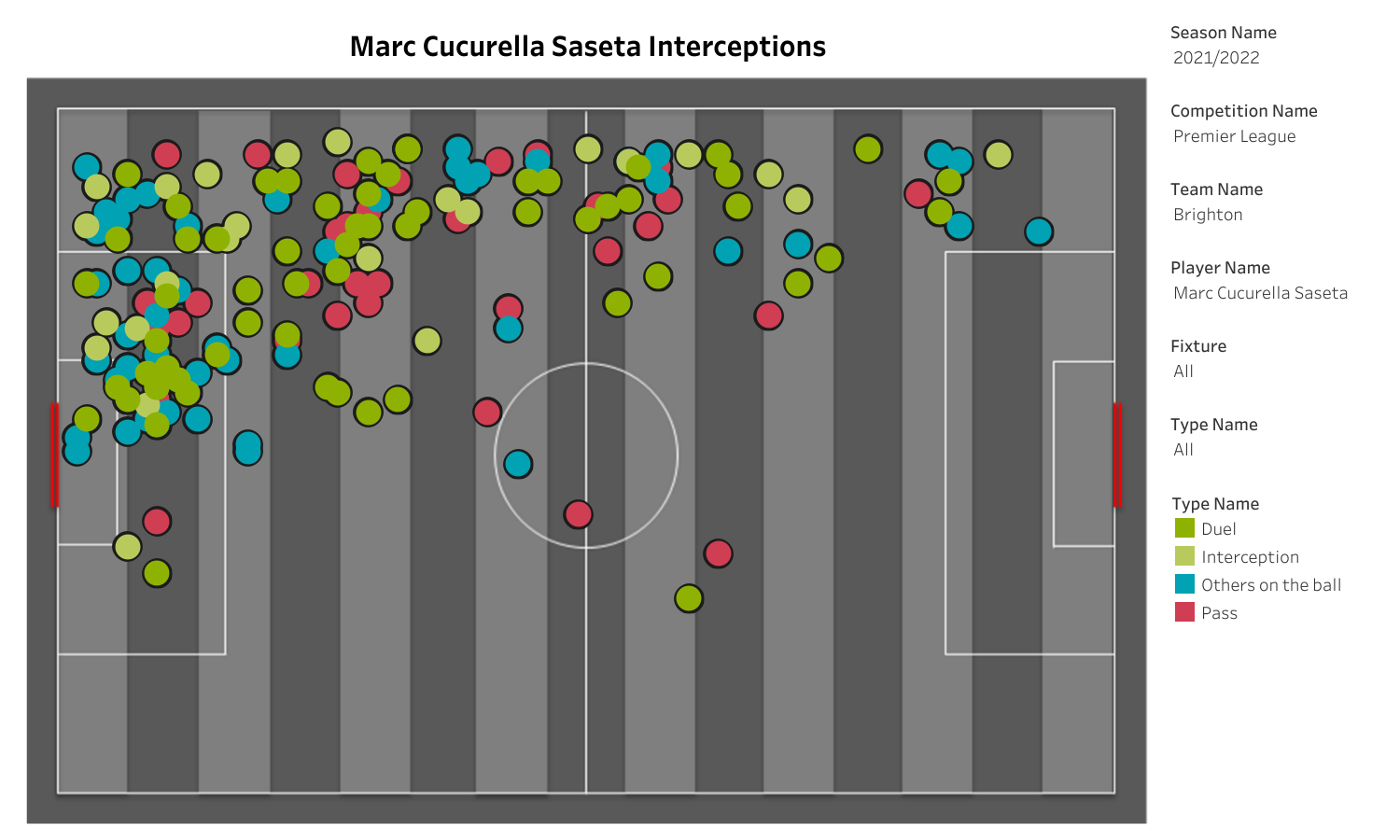 The full-back also fulfilled his defensive duties by making crucial interceptions on the pitch. The above viz shows that most of the interceptions were made in the defensive third. Cucurella intercepted the ball while in duels, intercepted passes, and intercepted when other players had the ball. He was an asset for Brighton on the left flank. Now, Chelsea can make use of his attacking and defensive abilities.

Marc Cucurella has joined Chelsea to win silverware. He is likely to become a first-choice left-back and will replace Ben Chilwell. The Spaniard has a lot of talent, and Chelsea will hope that he stays fit and helps the Blues earn silverware this season.

Transfer Talk: Jamie Vardy – How Chelsea’s gamble on the striker could help them clinch a trophy