Chelsea’s wait to sign new players continues as the Blues are still looking for players who could replace their departing stars. This season, Romelu Lukaku left for Inter Milan, and Thomas Tuchel is looking for a replacement. One of the areas where the Blues could fall short of options is on defence. A few Chelsea defenders are on the wishlist of other European clubs, and some of these players are also considering a move away from the Bridge. They have set their eyes on the replacement defenders, and one of them is their former player, Nathan Ake. The Dutchman has failed to cement his position in the starting XI and has spent most of the minutes warming the bench. Ake has matured a lot since joining Chelsea on his first spell, and the player needs more minutes on the pitch. Here are some of the stats that show why Chelsea are once again interested in buying the player. 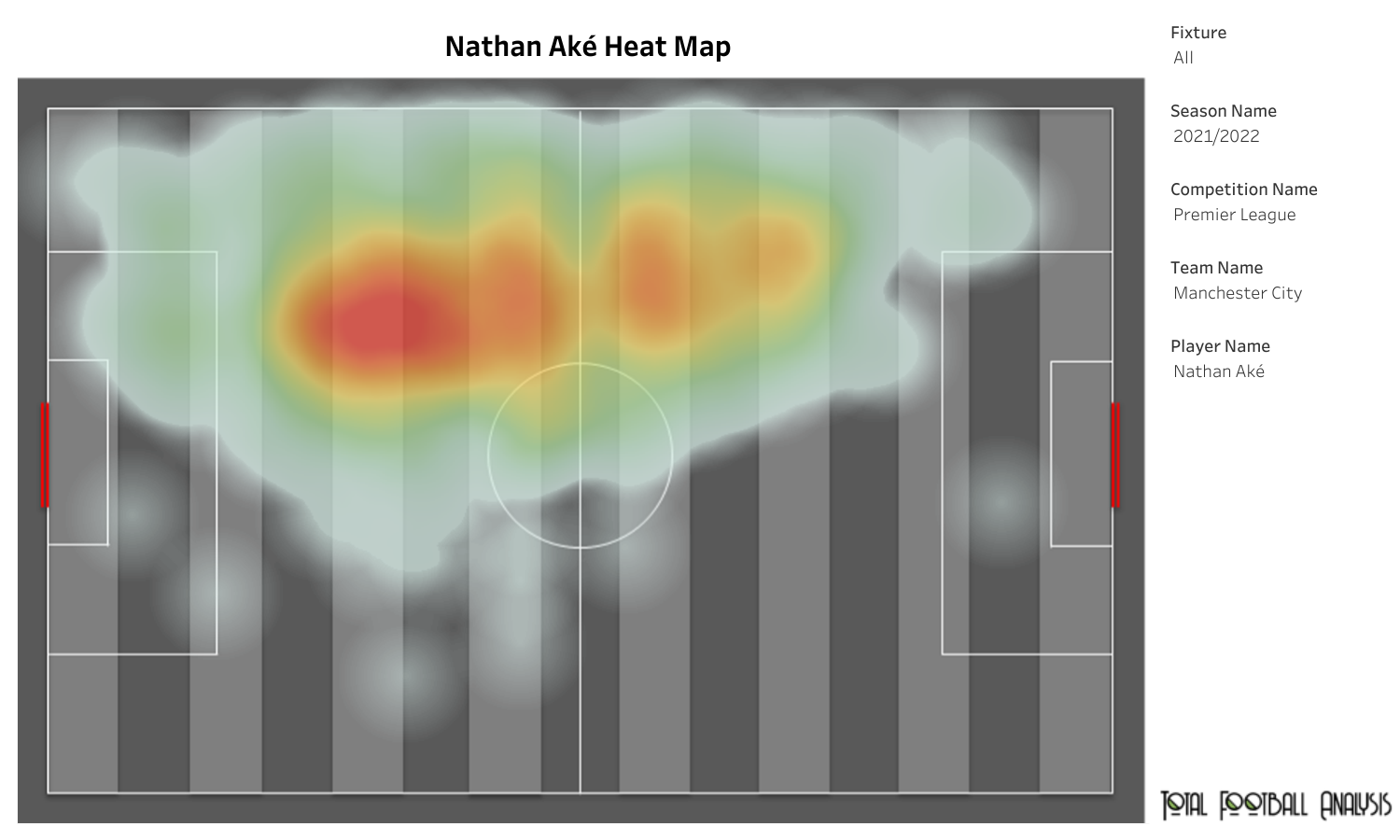 Ake made 26 appearances for Manchester City last season in all competitions. The 27-year-old started in 18 matches and showed a lot of versatility by featuring as the centre-back and as a left-back for his side. The above viz shows the heat map of the player in 14 English Premier League appearances. Ake scored two goals for his club and secured his second league title with City. The Dutchman had previously won two English Premier League titles with Chelsea. This shows that he carries a lot of experience of playing in English football and could straight away feature in Chelsea’s playing XI. 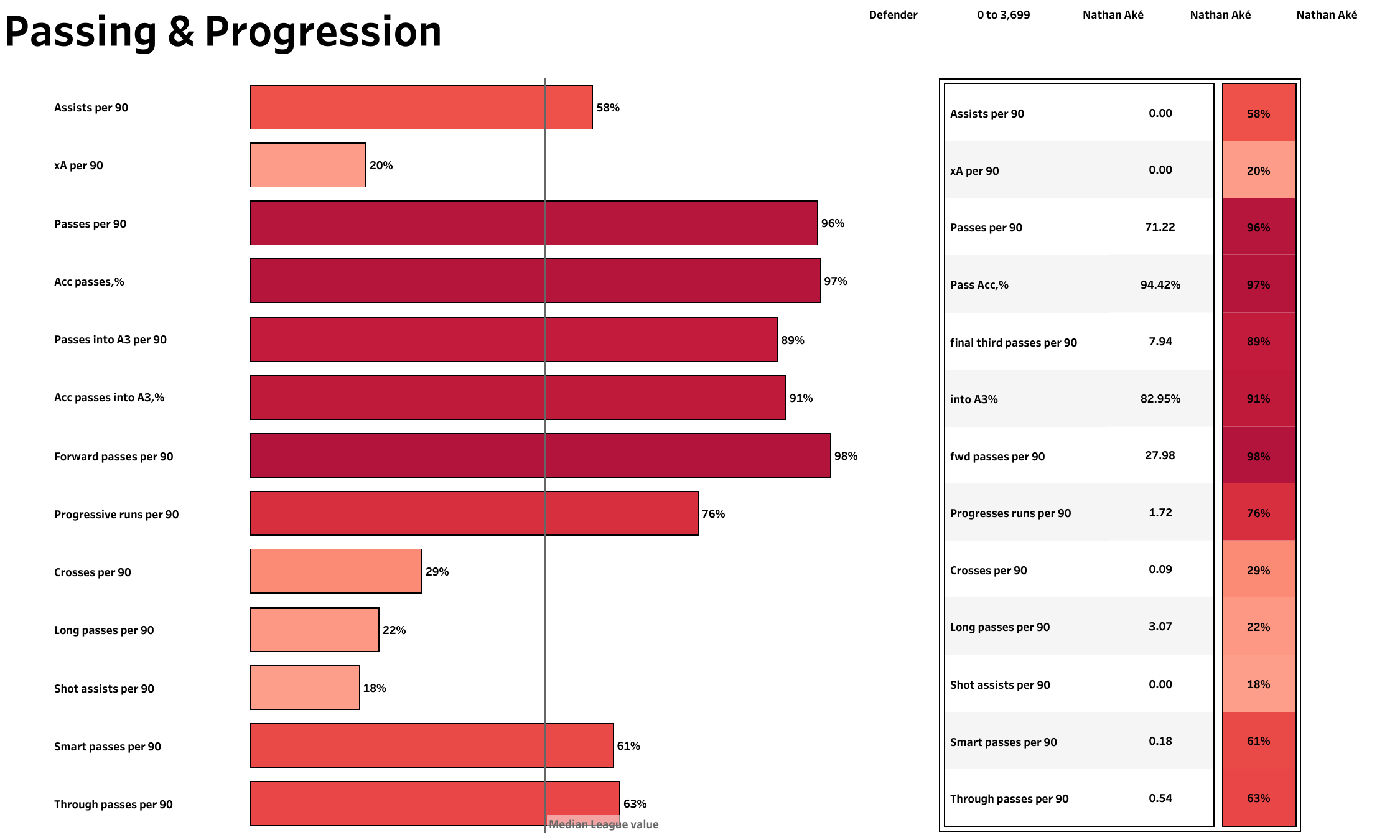 When looking at the above chart, the general rule is that the longer the bar, the better the performance — you can see the league average in the middle, and the % is the percentile rank the player is in. The above viz shows the passing and progression of Ake with the percentile rank in comparison to other defenders in the league. Ake had a high percentile rank for attempting passes and had a high passing accuracy rate. He was also highly rated for attempting forward passes and passes into the attacking third. This shows that the player can create plays from the defence. 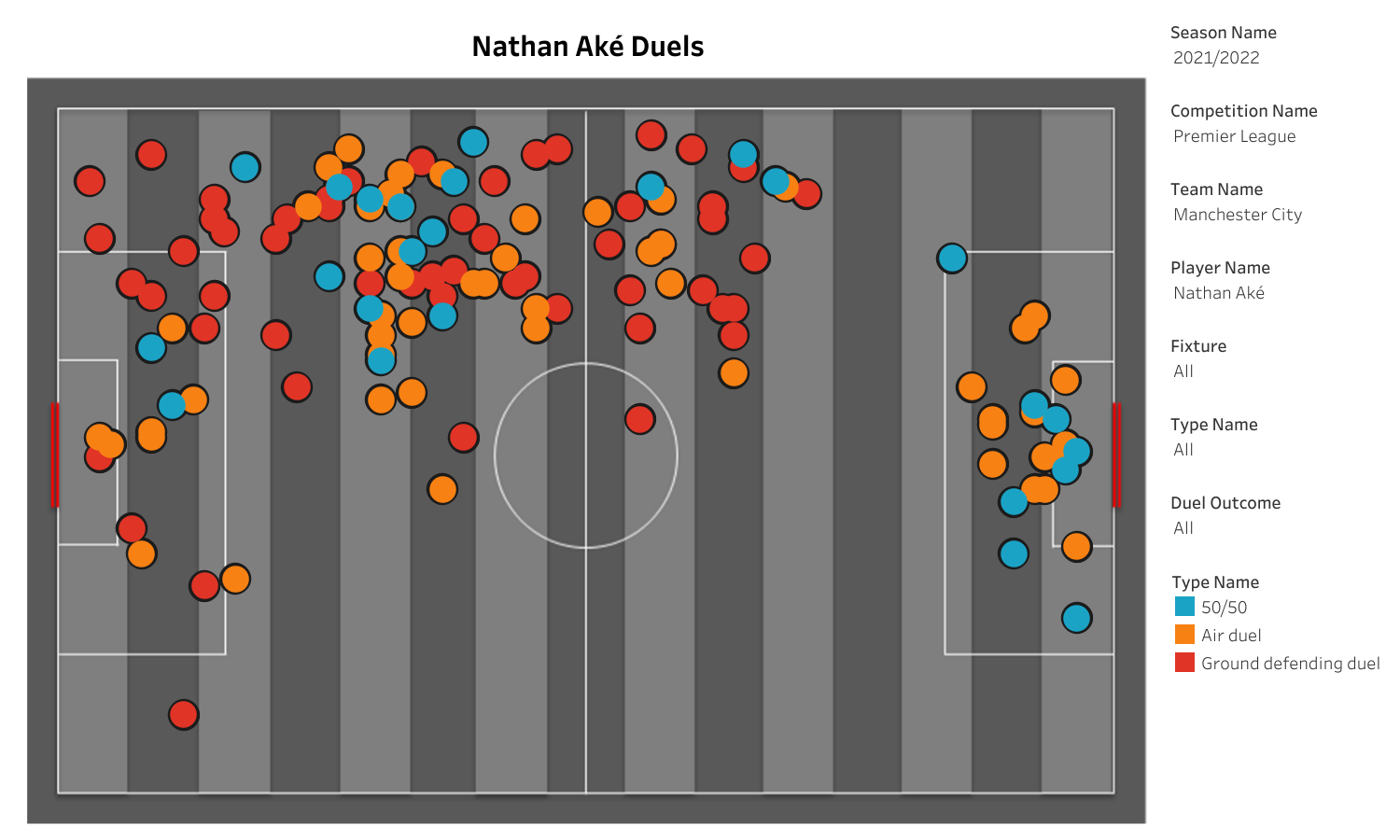 Manchester City players were involved in fewer defensive actions than most of the other players due to their attacking style of football. Ake was involved in 8.4 defensive actions per 90 minutes with a success rate of 85%. The above viz shows all the duels contested by the player. Ake contested 4.96 defensive duels, 4.78 aerial duels, and 2.26 loose ball duels per 90 minutes. He managed to win 21.8% of defensive duels, 67.9% of aerial duels, and 52% of loose ball duels. Ake contested a few aerial duels inside the opposition’s penalty box. He is a threat in the air and can score goals from set-pieces.

Nathan Ake left Chelsea in 2017 after five years at the club. He was a youngster back then and left Chelsea for more game-time. Now, City are looking to offload the player, and Chelsea could be the next possible destination for the 27-year-old. He could end up playing under Thomas Tuchel next season.