Chelsea host Watford at Stamford Bridge in the English Premier League. The Blues will finish third in the league table and play in the UEFA Champions League next season. Watford, on the other hand, have been relegated and will be battling for promotion in the EFL Championship next season. Chelsea had a tough outing when these two teams met at the Vicarage Road. Hakim Ziyech came off the bench to score a winner for Chelsea in a match that ended 2-1 in their favour.

The Blues drew their 11th match of the season against Leicester City in midweek. They have won 20 matches and lost the remaining six. Thomas Tuchel’s men have scored 74 goals this season and conceded 32. The overall xG rate of the team is 66.32, and the xGA rate is the second-best at 33.59. 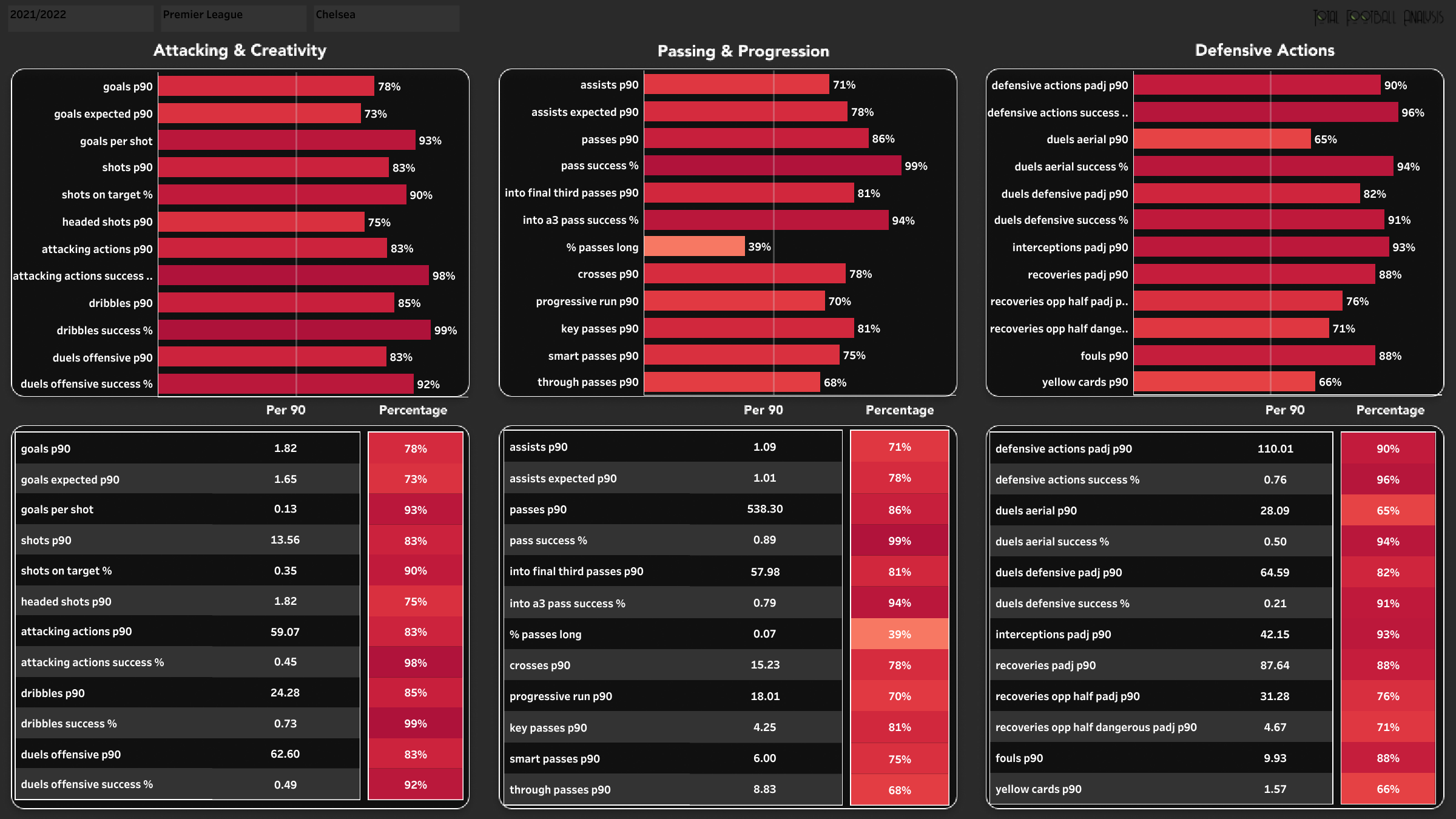 When looking at the above chart, the general rule is that the longer the bar, the better the performance — you can see the league average in the middle, and the % is the percentile rank the player is in. The above chart shows that Chelsea have a high percentile rank amongst the other teams. They are ranked in the top five for almost every offensive as well as passing stat in the division. Notably, Chelsea have a high attacking action success rate. Their defence has been steady, and the team is known for making interceptions and recovering in the match. 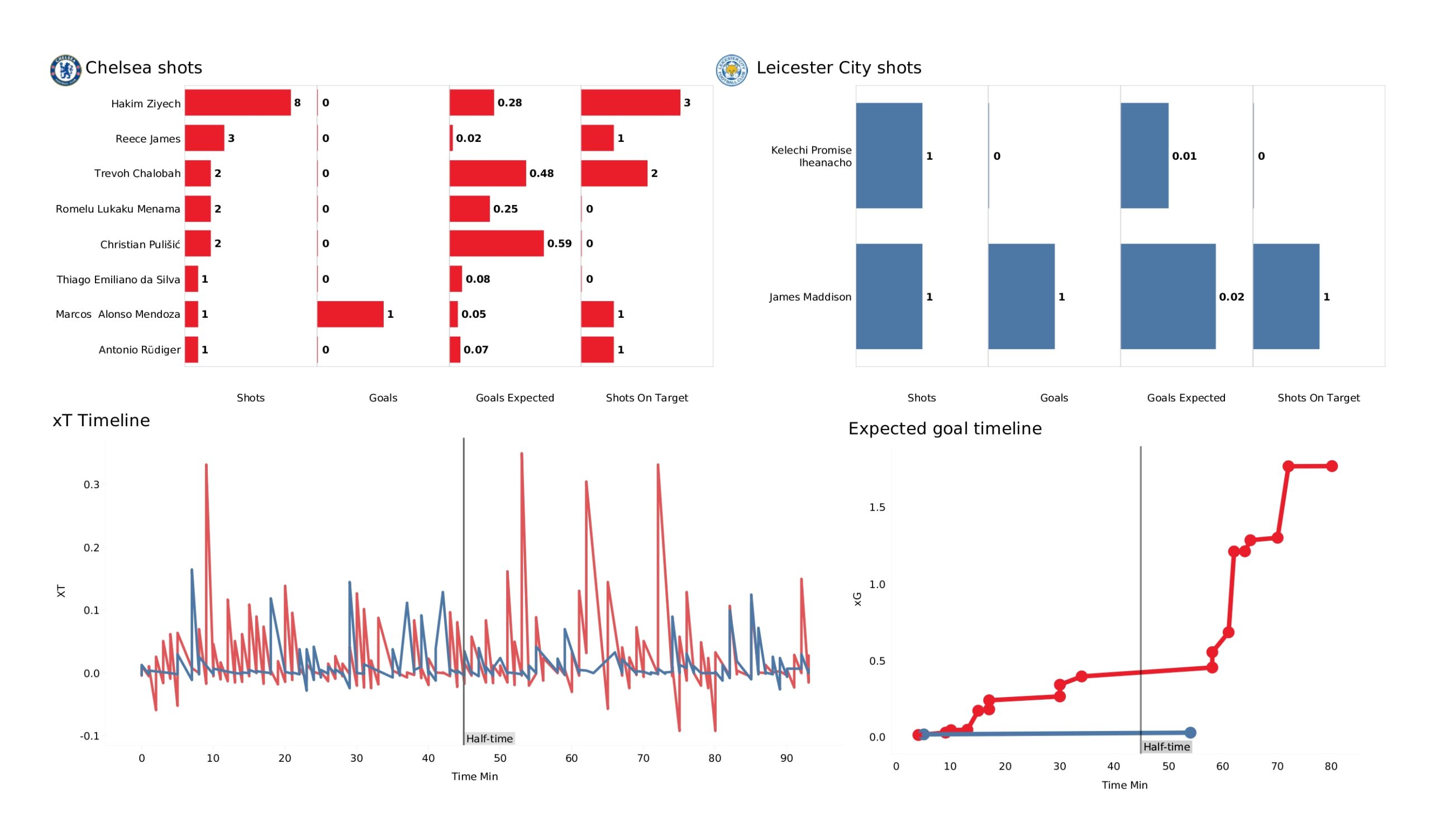 The Blues played a 1-1 draw against Leicester City. They had 68% of the ball in possession and created 46 positional attacks. The xT timeline shows that Chelsea created more threats in the second half in comparison to the first half. The expected goal timeline graph also sees a sudden rise during the second half.

Thomas Tuchel might make a few changes to the starting XI by giving chances to some of the players who have spent fewer minutes on the pitch. Kepa Arrizabalaga, Cesar Azpilicueta, Antonio Rudiger, and Marcos Alonso could be on the move away from the bridge. This might be their last match for the club. Saul will also expect to start after an unsuccessful loan spell at Chelsea. Malang Sarr might get an opportunity at the back, and youngster Harvey Vale could also get some minutes on the pitch. 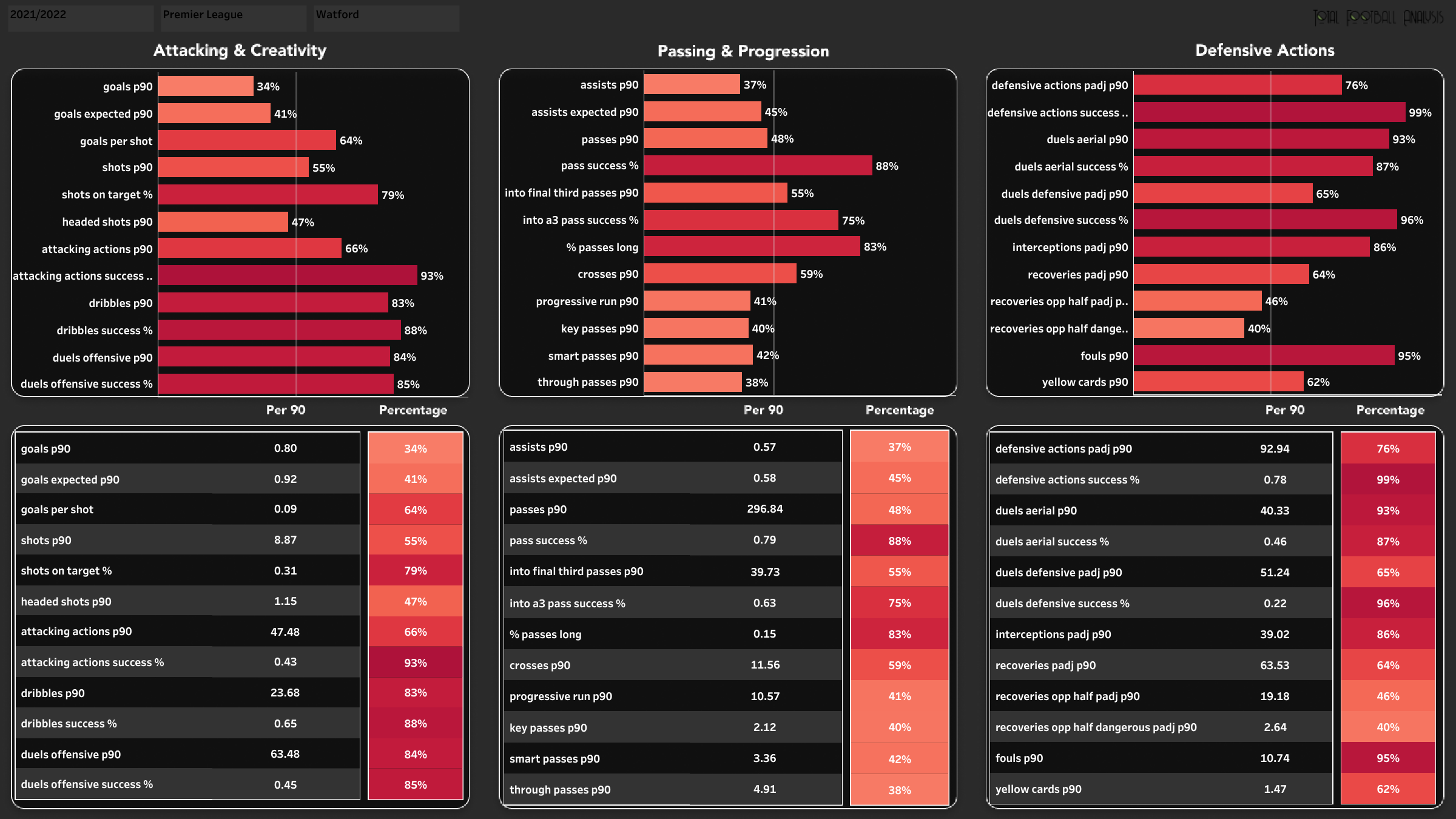 Watford have lost the most matches in the league this season. The Hornets have lost 26, won six, and drawn five matches. Watford have managed to beat the opposition goalkeeper 33 times with an xG rate of 37.01. In return, they have conceded 75 goals with an xGA rate of 63.14. The visitors have struggled to pass the ball throughout the season. They have a very low percentile rank in both the passing and progression charts. Defensively, their recovery rate is low, especially inside the opposition’s half. 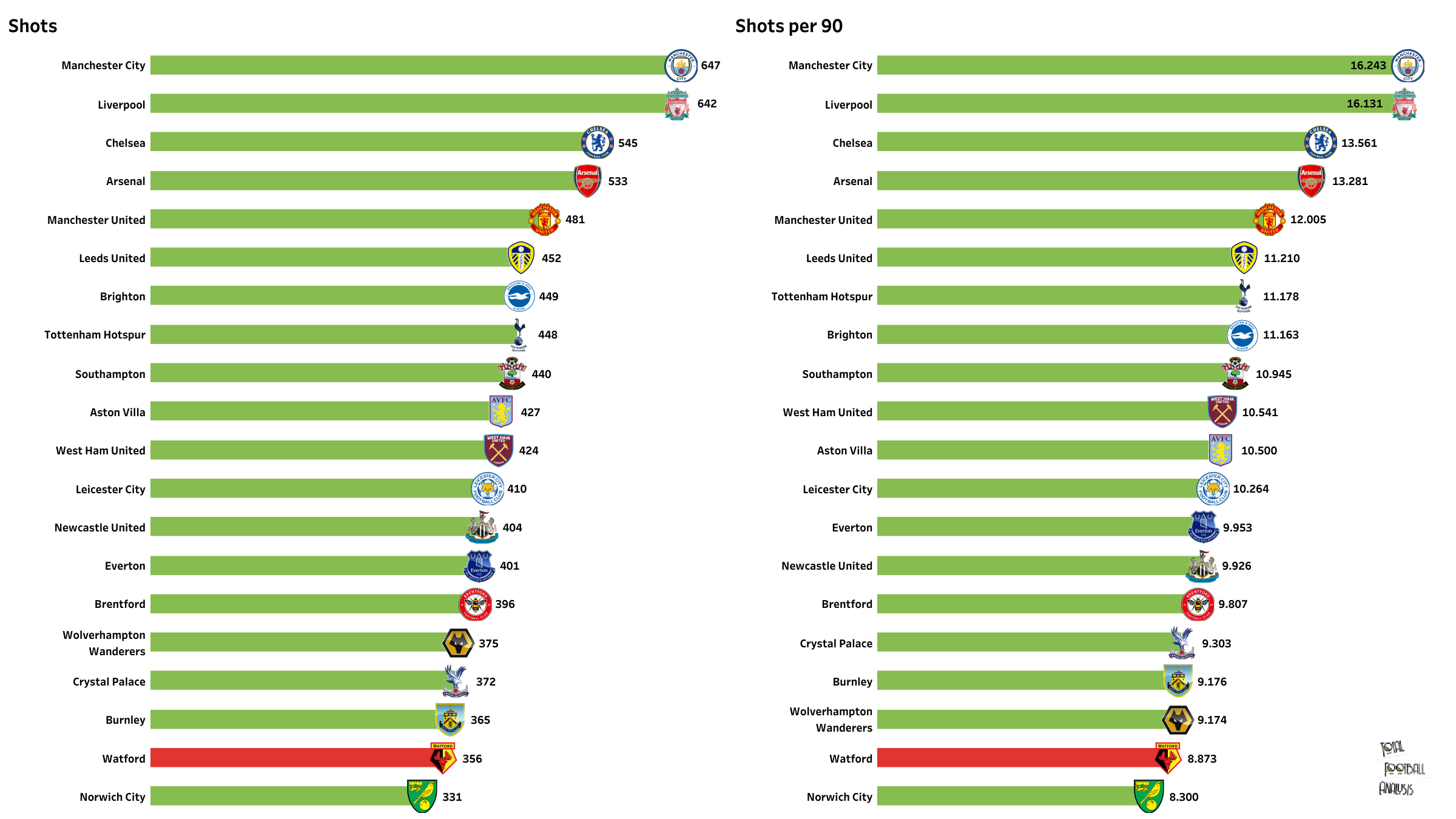 Watford have attempted the second-lowest number of shots in the league this season. They have managed to hit the target 121 times with a shot accuracy rate of 34%.

Ben Foster will make his final appearance for the Hornets. Hassane Kamara and Willian Troost-Ekong might return to the starting XI. The team has a lengthy injury list, and the manager might give a chance to some of the youngsters.

Chelsea go as the favourite to win this match. They have been the better team throughout the season and will look to end their season on a high. Watford players will look to avoid defeat in their final match of a disappointing season and try to take a point away from the Bridge.