Chelsea will host West Ham United in the London Derby in the English Premier League. Both teams are in desperate need of a win to kickstart their campaign. Chelsea sit in the tenth position after five games, and West Ham United are 14th in the league table.

Chelsea suffered their second defeat of the season after going down 1-2 against Southampton. They haven’t found the rhythm and are struggling to score goals. The Blues have scored six goals with an average xG rate of 1.47. The defence has been a bit leaky and Tuchel’s men have conceded eight goals with an xGA rate of 1.54.

West Ham United played a 1-1 draw against Spurs in midweek, and that took their points tally to four. They extended their unbeaten run to two matches after suffering defeats in the opening three fixtures. David Moyes’ men have only scored two goals and conceded six. Both goals were scored in the last two games.

Let us look at some of the stats that will give an insight into the fixture. 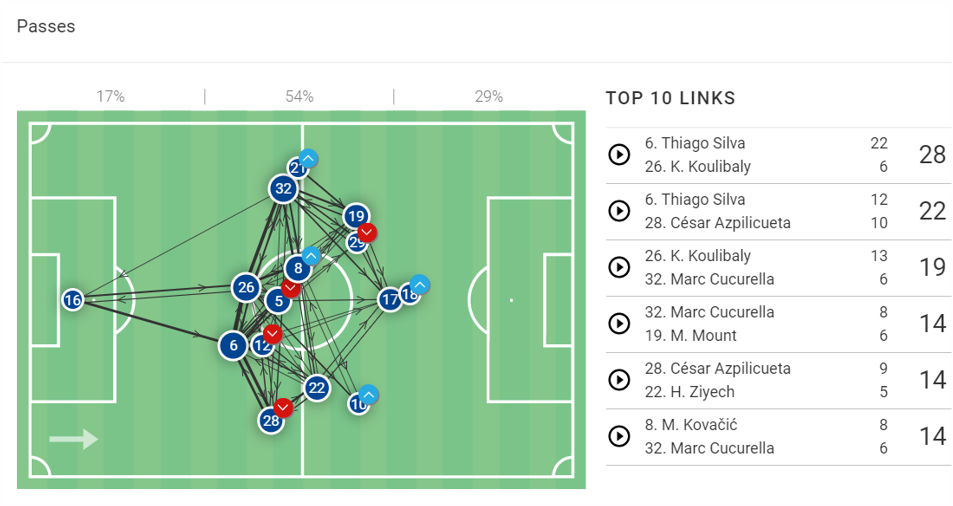 Chelsea are operating with Raheem Sterling and Kai Havertz as the two strikers in the team. They are yet to link up play, with Sterling being the only player to contribute to goal-scoring. The above viz shows that Chelsea operated in a back four in their last match. Sterling played through the centre and was the number nine. Havertz and Mason Mount operated on the left side, with most of the attacks coming from that side. Tuchel will go with a back three in this match after making some signings in the transfer window. This means that Sterling might play on the left and Havertz in the middle.

West Ham United also like to create chances from the left side. They did it in the last game and might go with the same tactics. This allows Jarred Bowen to make free runs, and he can also add some creativity to the attack. Declan Rice will be a key figure behind these attacks and stopping Chelsea from scoring goals.

Chelsea on the attack 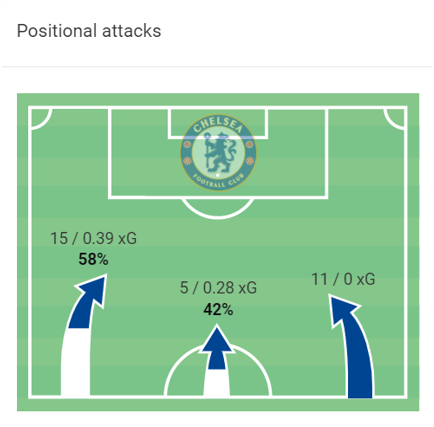 Chelsea have been a better attacking side, with an average of 33.6 positional attacks per match. Their shooting average is 11.2 with a 34% accuracy rate. In the last match, Chelsea created most of the chances from the left side. But with the possibility of Reece James’ return, the attacks might be balanced from both sides.

West Ham average 25.6 positional attacks and ten shots per match. They hit three shots on target per match. Chelsea have more goals and will be the more aggressive team.

Who has the better defence? 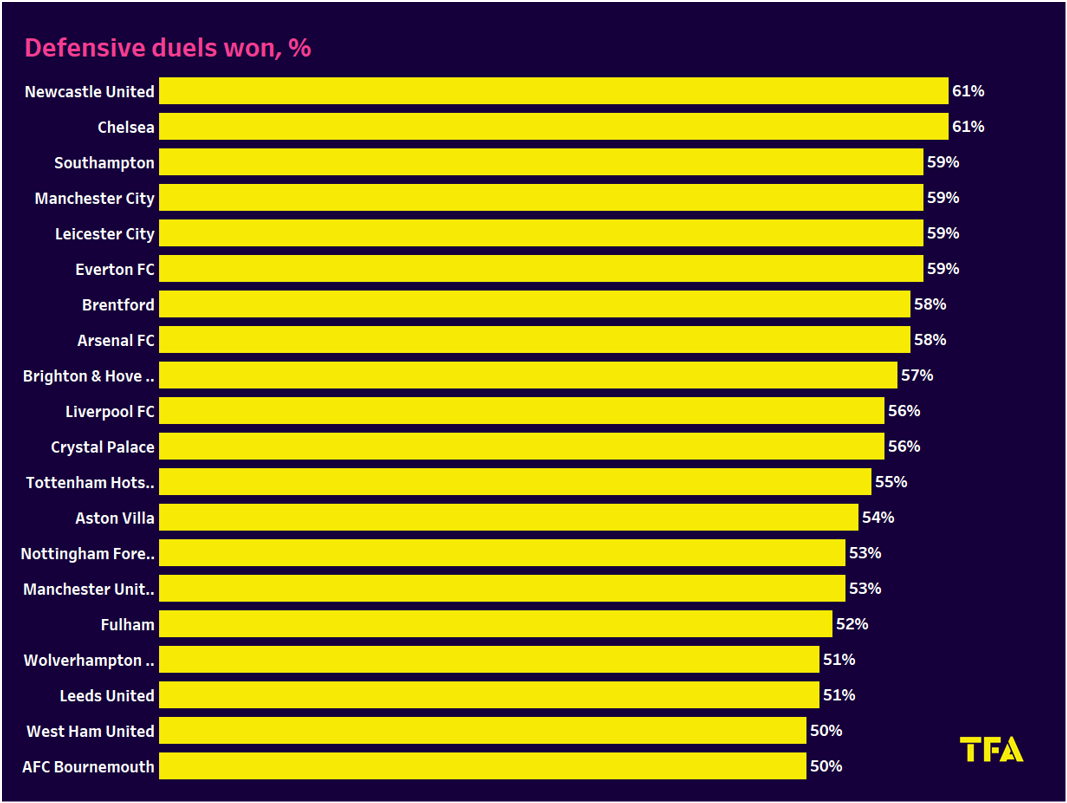 Chelsea’s defence might have conceded more goals than expected, but they have the joint-best defensive duels win percentage in the English Premier League. For West Ham United, it is quite the opposite, and they sit at the bottom. Chelsea also head the aerial duels battle, with 51.2% in their favour over West Ham United’s 46.7% win rate. Chelsea will look to keep a clean sheet and a win along with it will be a big bonus for Tuchel’s side.

Chelsea have some positive news in their camp as Reece James, Trevoh Chalobah and Ruben Loftus-Cheek return to training and will be available for selection. Wesley Fofana could also slot in the team after his big-money move from Leicester City. Connor Gallagher is back in contention after serving his one-match ban.

David Moyes might start the same team for this match. Gianluca Scamacca missed the last game and could be the only change in the playing XI.

This is a must-win game for both teams, with Chelsea having the upper hand against West Ham in the London Derby. The West Ham players are unsettled at the back, and they will be facing a Chelsea side who are hungry for a win at this moment. A draw would be a good result for the visitors.