Chelsea will look to return to winning ways and take a step closer to UEFA Champions League qualification when they host Wolves at Stamford Bridge in the English Premier League. The Blues have dropped five points in the last two games and suffered a 0-1 loss against Everton in the last game. Wolves are eighth in the league table but have suffered three consecutive losses. Bruno Lage’s men are just three points behind West Ham United, who are currently in the UEFA Conference League position. Both teams played out a goalless draw in their last meeting.

Thomas Tuchel’s men have won 19, drawn nine and lost six games this season. The Blues have been on a poor run of form lately, with two wins, one draw, and three losses in the last six games. Having an xG rate of 59.58, Chelsea have found the back of the net 68 times. In return, their defence has conceded 29 goals with an xGA rate of 31.34. 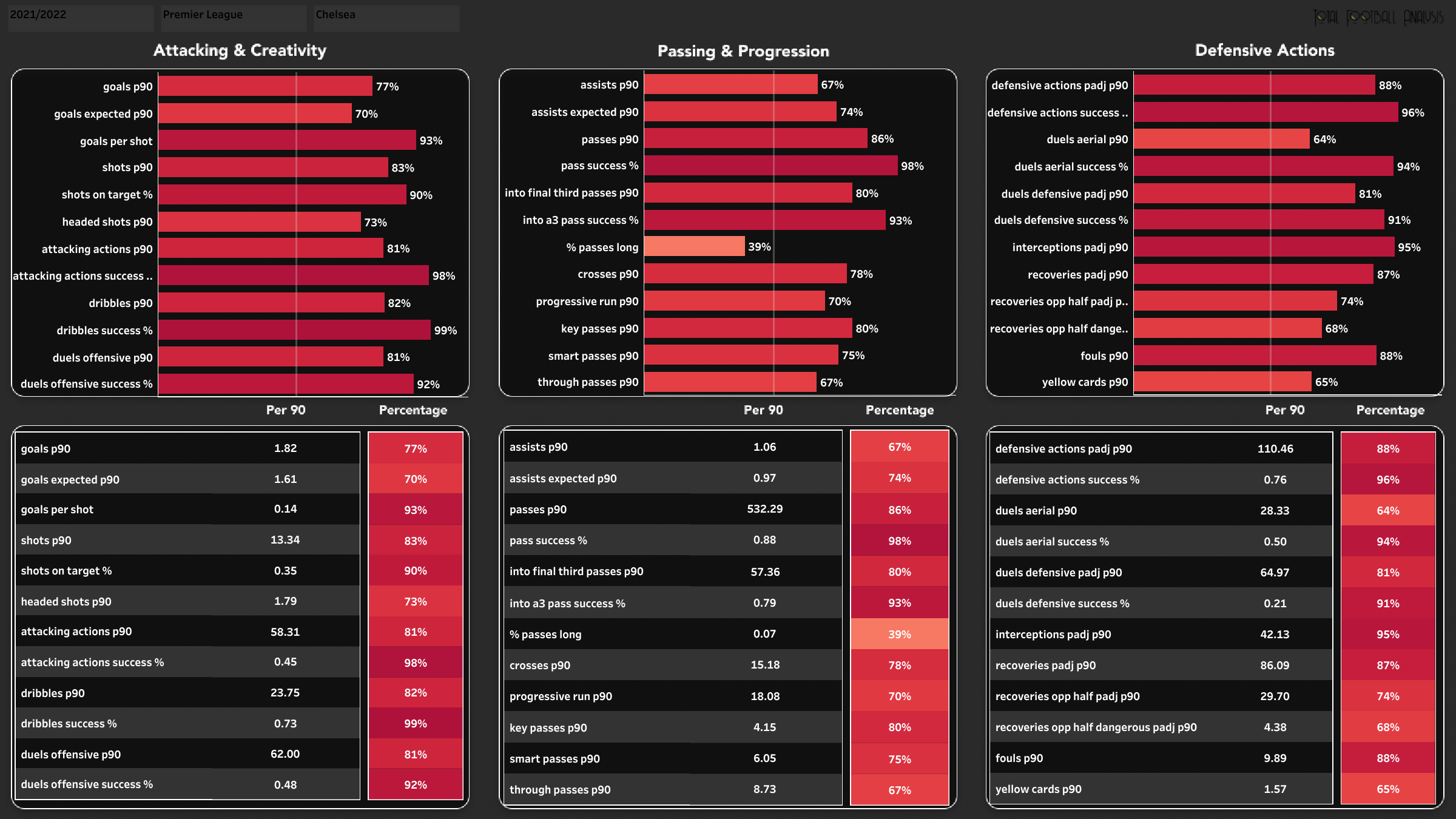 When looking at the above chart, the general rule is that the longer the bar, the better the performance — you can see the league average in the middle, and the % is the percentile rank the player is in. By looking at the Attacking & Creativity charts, we can observe that Chelsea have a high percentile rank for shots per goal ratio. The Blues also have a high percentile rank for attacking actions success rate, with an average of 58.31 attacking actions per 90 minutes. When we look at the passing and progression charts, we can observe that Chelsea have attempted very few long passes this season. Defensively, Chelsea are good in the air and have intercepted the ball well.

Chelsea have attempted 492 shots, with 182 of them being on target. A total of 305 shots have been attempted from inside the opposition’s penalty box, and 134 have been accurate. 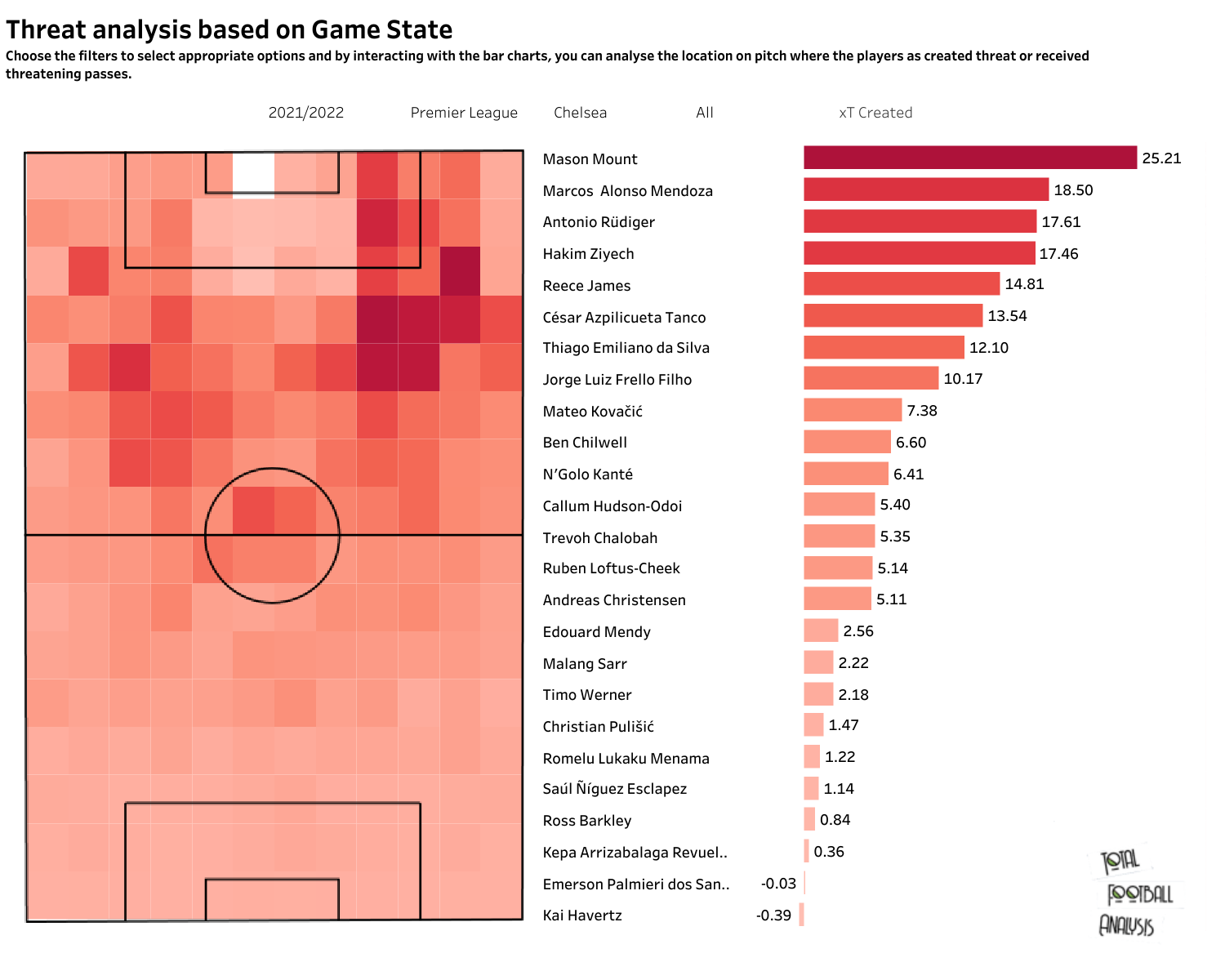 The above viz shows the threat creation zones for Chelsea. We can observe that most of the threats have been created from the right side. Mason Mount has created the biggest threats for the Blues and has provided nine assists. He is the highest assist provider and is the only Chelsea player to get into double figures for scoring goals, with ten goals to his name. Left-wing back Marcos Alonso has created the highest threats from the left side.

Andreas Christensen, Jorginho and Ross Barkley are expected to miss the match, alongside N’Golo Kante, who was an absentee in the last match. The manager might experiment with some changes in the attack by introducing Hakim Ziyech and Christian Pulisic to the starting XI. 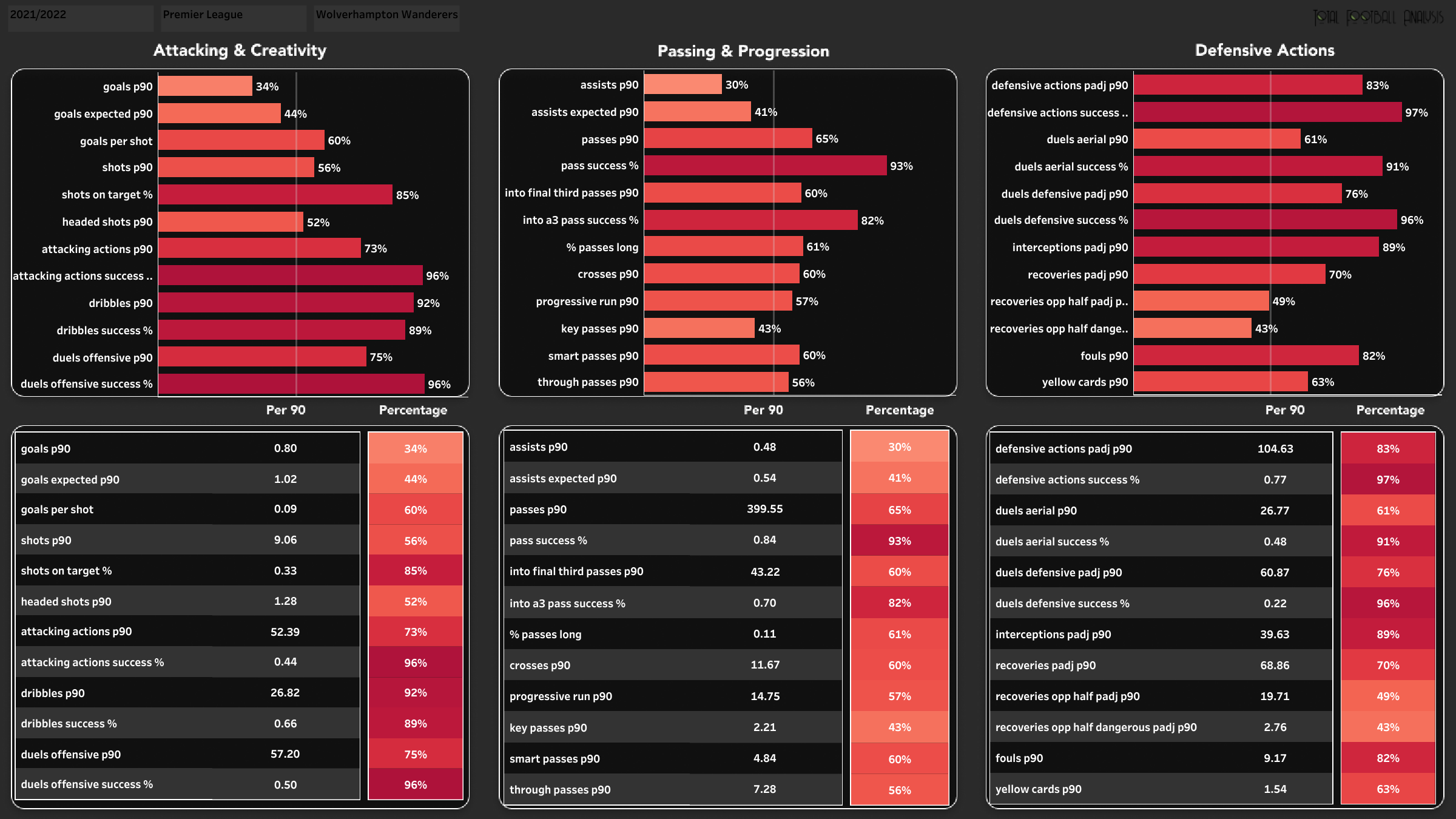 Wolves have won 15 games, lost 15, and drawn the remaining four. Bruno Lage’s men have scored only 33 goals and are 17th in the overall standings for goals scored this season. Their xG rate is the third-lowest at 38.37. Wolves’ defence has been impressive, and they have only conceded 32 goals with an xGA rate of 51.36. They are only behind the top three teams for conceding goals this season. We can see from the above graph that Wolves have a low percentile rank in comparison to other teams in the league, which is one of their main reasons for scoring fewer goals. They have also attempted very few shots this season. They have attempted 341 shots, with an average of nine shots per 90 minutes. They have managed to hit the target 120 times. 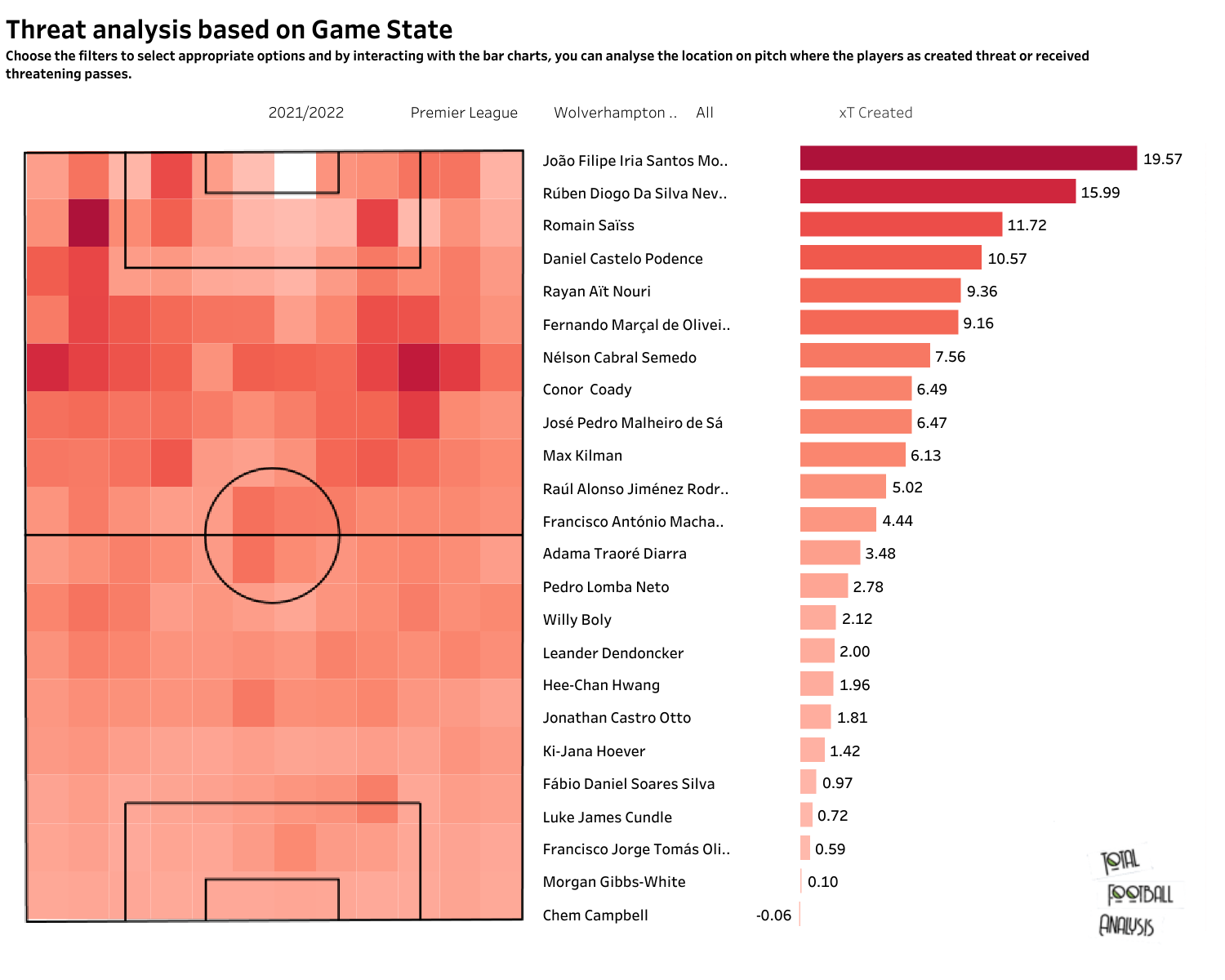 Wolves have created more threats from the left side, with Joao Moutinho creating the greatest threats. Raul Jimenez and Daniel Podence are the top assist providers, with three assists each. However, Daniel Podence will miss this match alongside Nelson Semedo due to their respective injuries.

Both teams look to return to winning ways when they face each other in the English Premier League. Chelsea have been the better team this season and will look to strengthen their hold in the third position.