Chelsea travels to St. Mary’s Stadium to play against Southampton in the English Premier League. The visitors suffered a humiliating 1-4 defeat in the previous fixture and also lost 1-3 at home against Real Madrid in the Champions League. They will face a Southampton side winless in their last four league games. Chelsea earned a comfortable 3-1 victory in the last meeting between the two clubs.

Southampton are in the bottom half of the table with eight wins, 12 draws, and ten goals. The Saints have scored 37 goals with an xG rate of 41.71. In return, they have conceded 46 goals with an xGA rate of 42.52. 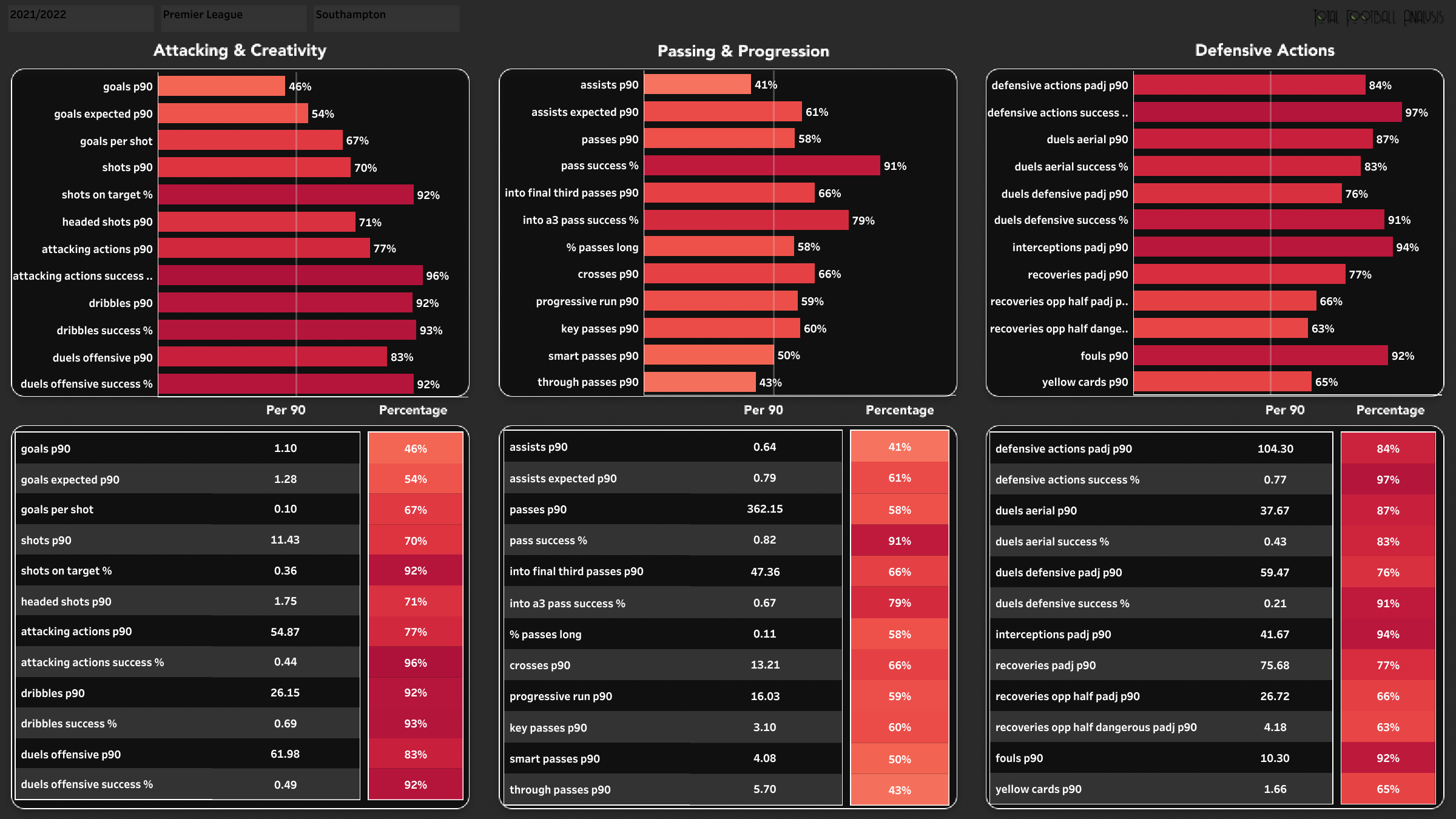 When looking at the above chart, the general rule is that the longer the bar, the better the performance – you can see the league average in the middle, and the % is the percentile rank the player is in. The Saints have a pretty decent record when we look at the attack and creativity charts. They are ranked above the average line except for goals scored per 90 minutes. Their main struggle has been their passing, as the home team are just ranked above average in most of the stats. Defensively, they have a high interception rate compared to other teams in their division. 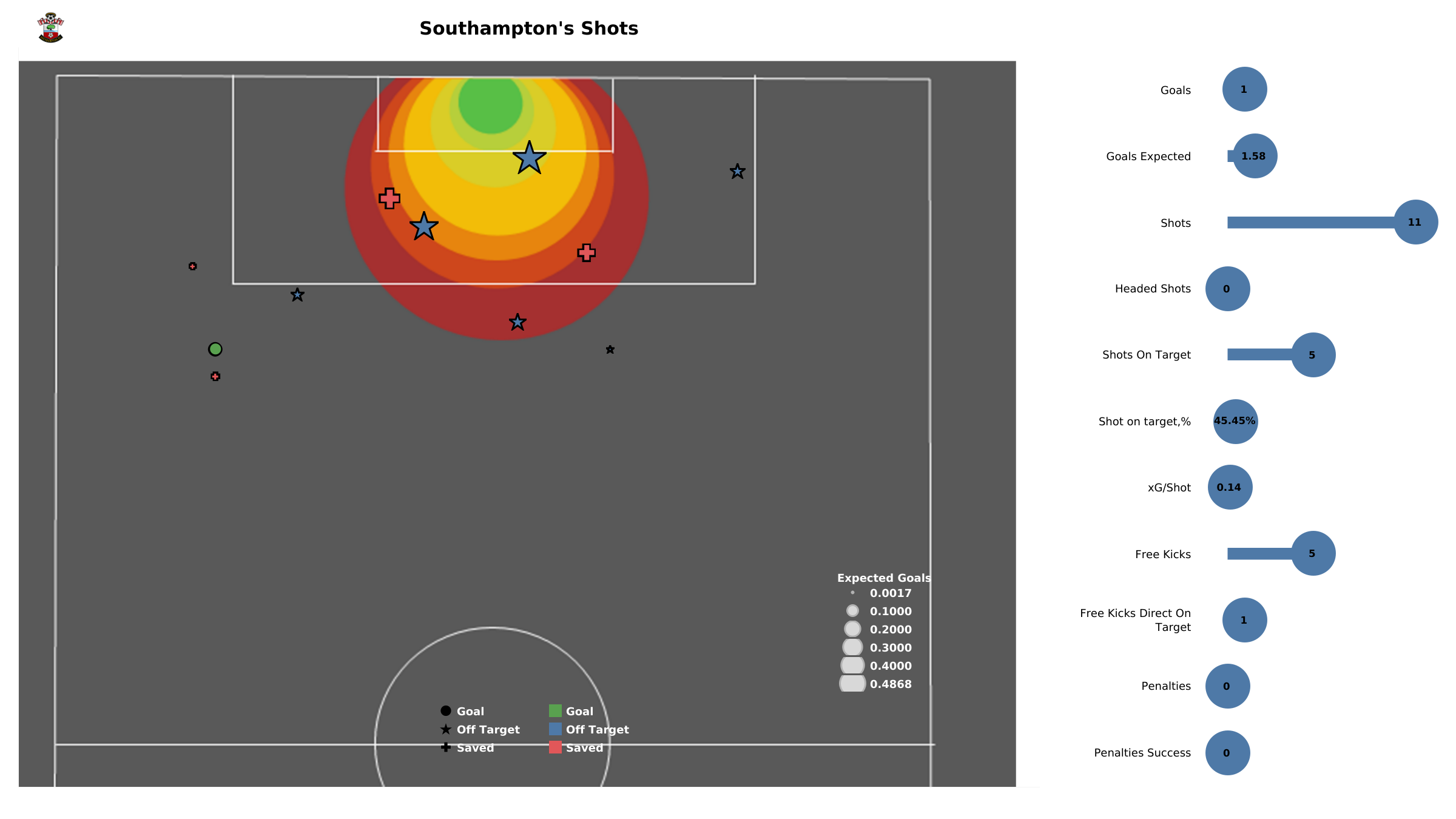 The home team will be without Armando Broja who is ineligible to play against his former club. Shane Long, Alex McCarthy, and Lyanco are also set to miss the match. 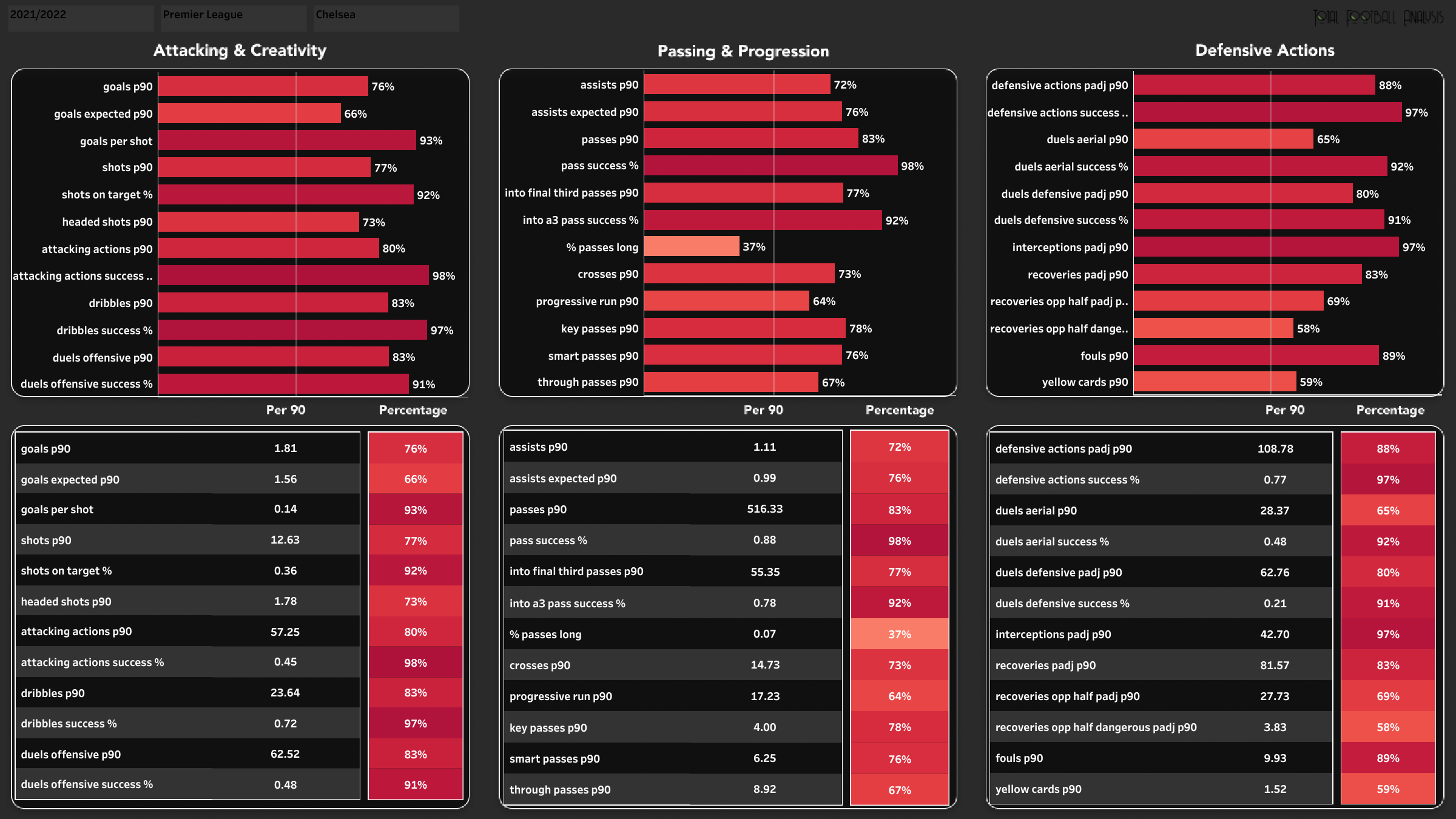 Chelsea remains third in the league table with 17 wins, eight draws and four losses. Their recent match ended in a humiliating 4-1 defeat against the newly-promoted side, Brentford. Thomas Tuchel’s men have scored 58 goals with an xG rate of 49.22. The defence has conceded 23 goals with an xGA rate of 28.21. As observed from the above table, Chelsea have better stats than their opponents. They have a high percentile rank among other teams. Notably, the Blues have a high percentile rank in passes into the final third success percentage, attacking actions success rate, interceptions, and more. 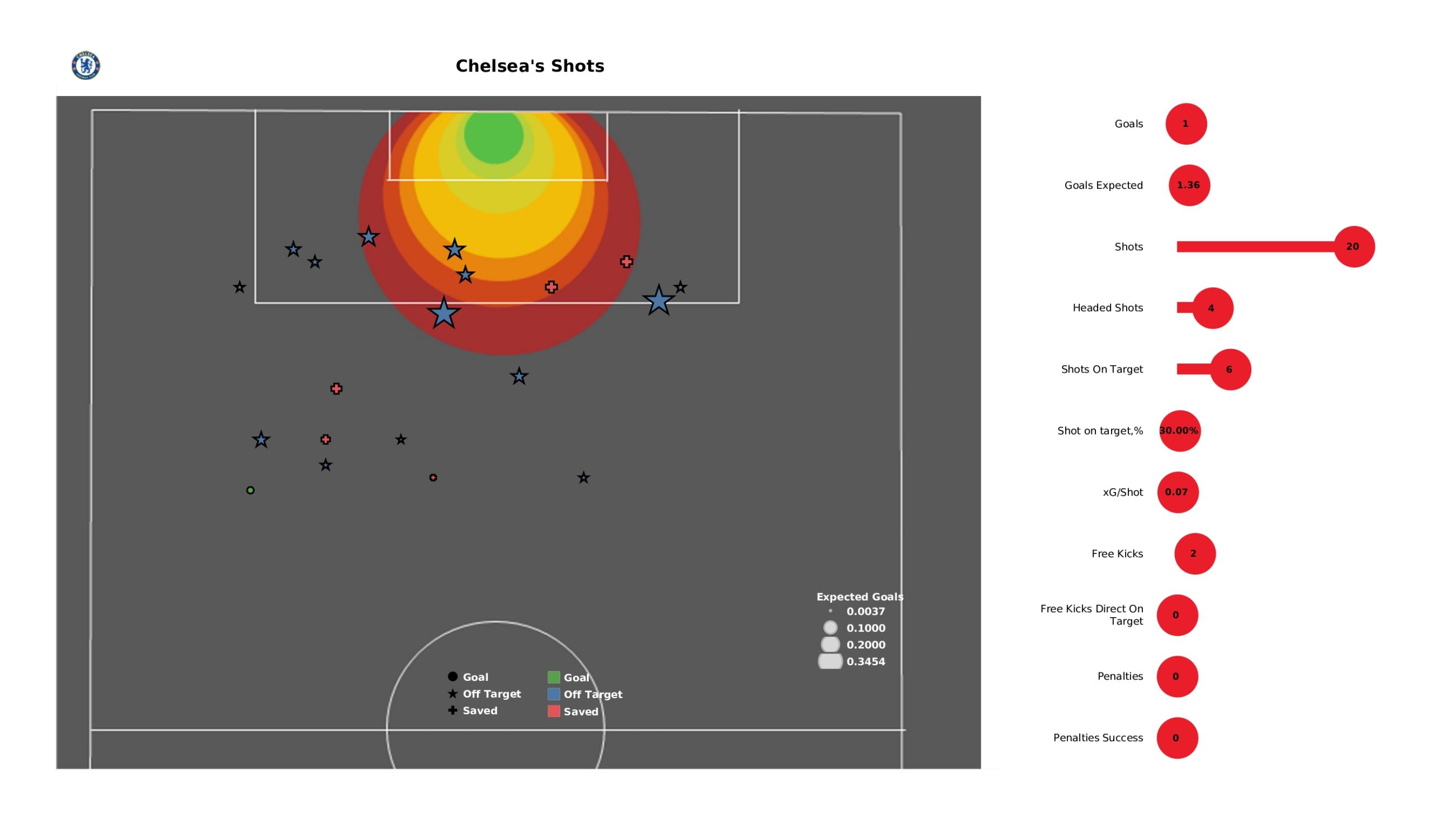 Romelu Lukaku and Hakim Ziyech remain a doubt for this match for the visitors.

Chelsea will look to return back to winning ways and take the momentum into the second leg of their UEFA Champions League tie against Real Madrid. The manager will rest some of his key players ahead of the important match. Southampton, on the other hand, will also look to earn a victory over their struggling opponents.