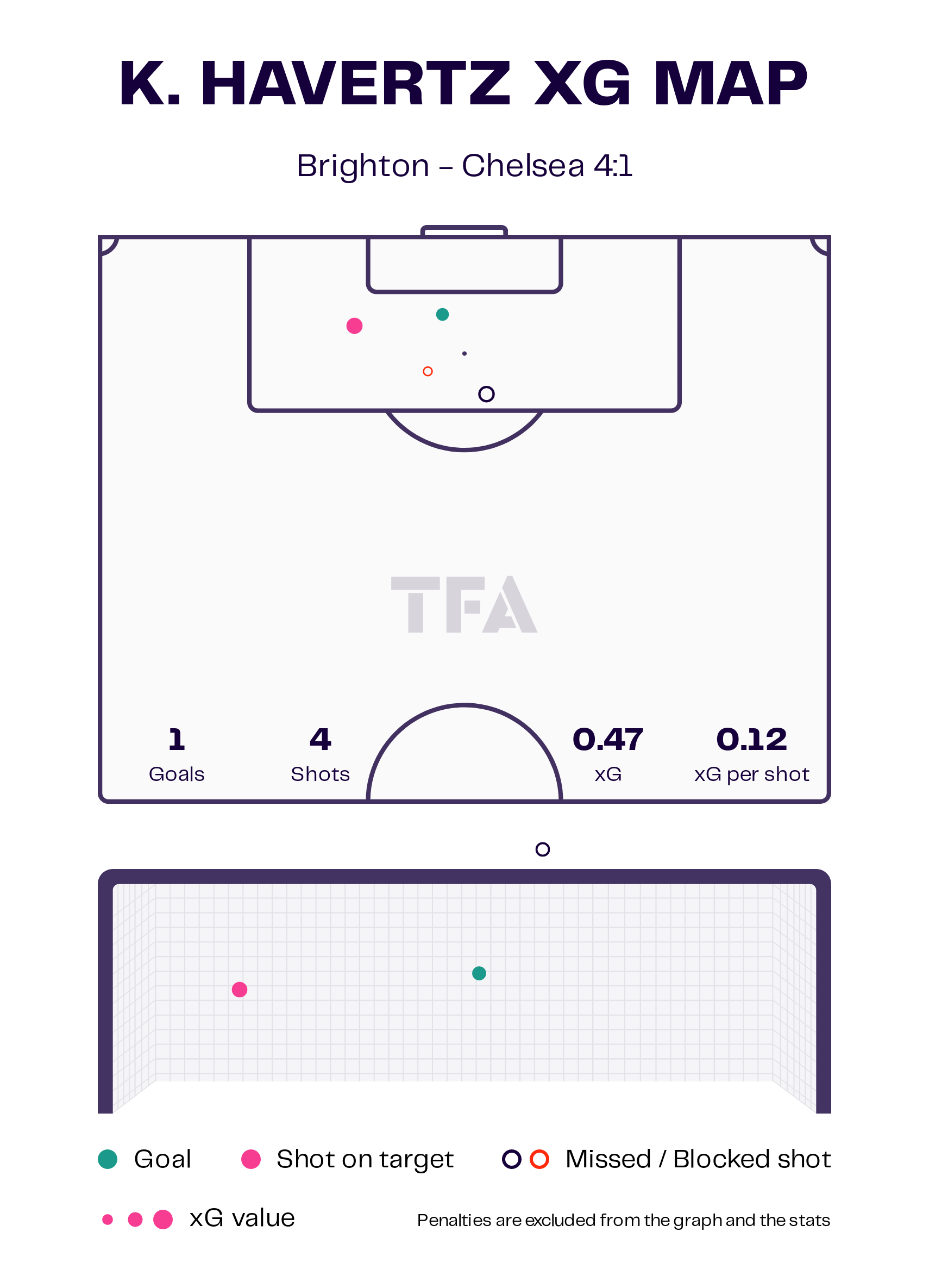 Kai Havertz continued his goal-scoring form from Europe and scored Chelsea’s only goal. He attempted four shots and scored the goal from close range.

Chelsea suffered their third defeat of the season after a disappointing performance away from home. They have struggled to score goals throughout the season and Graham Potter might look for new options in the transfer window. The Blues are out of the top four after this result.