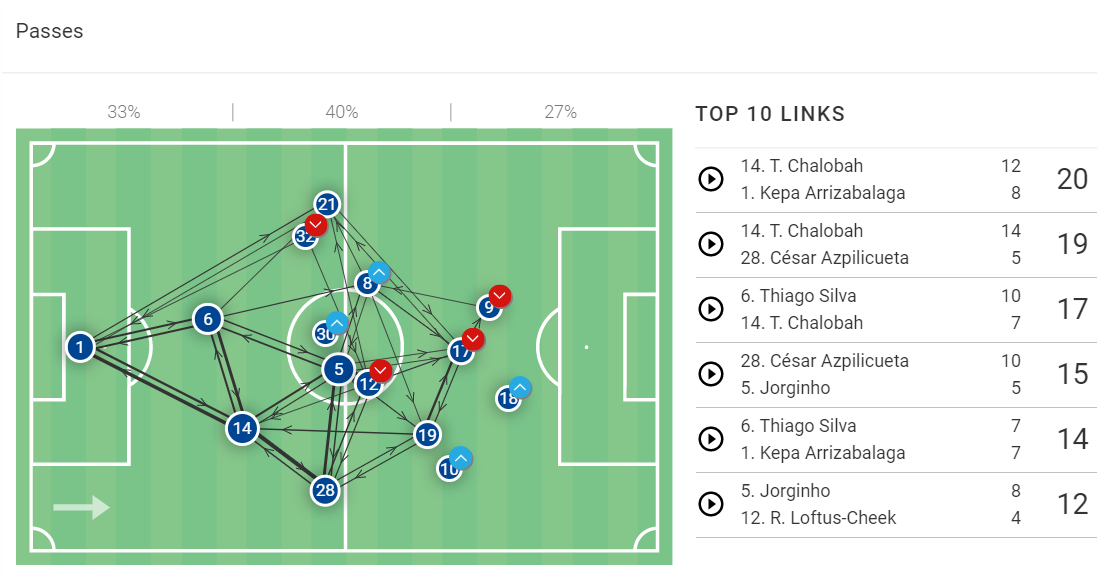 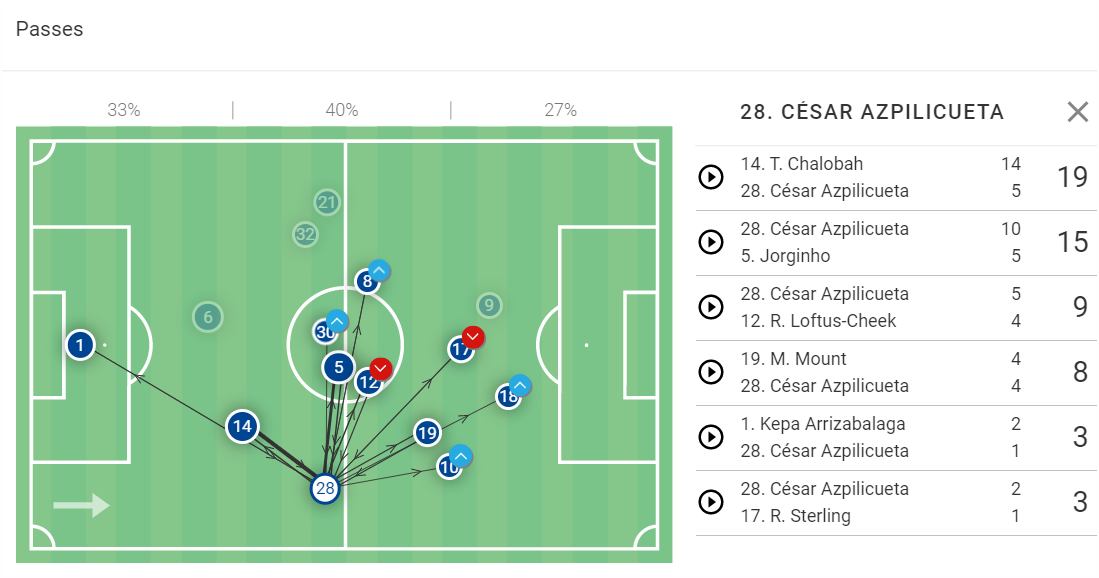 Chelsea attempted 385 passes in the match and had an accuracy rate of 80.78%. They created most of the pass channels on the right side, and the attacking players also targeted that particular side. Cesar Azpilicueta was in the pick of the action. The player distributed a lot of passes to players in front of him.