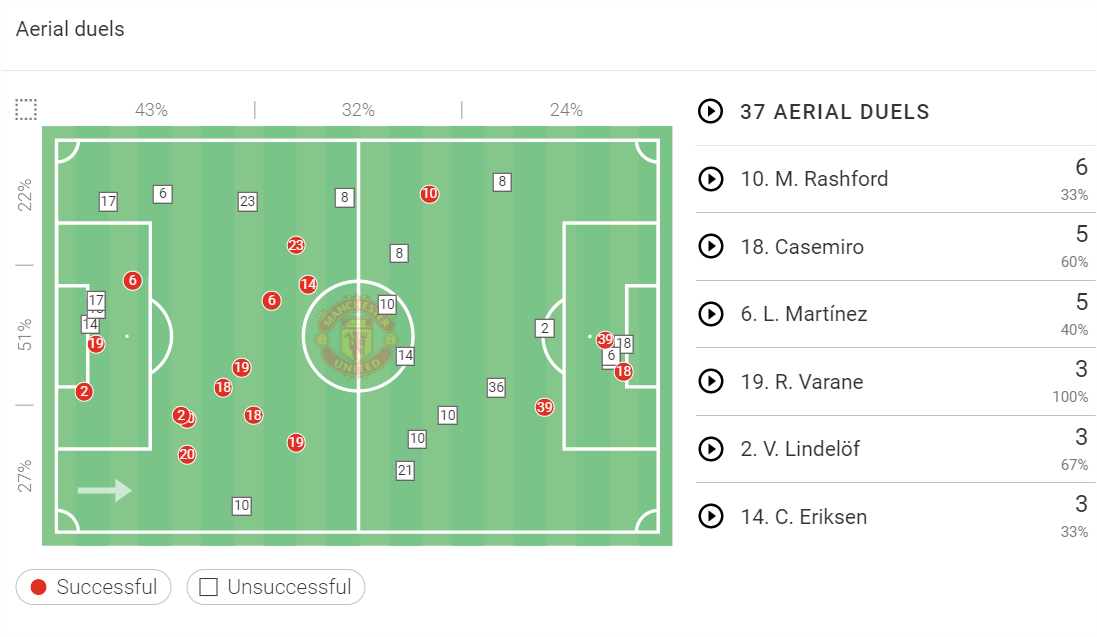 Erik ten Hag’s men won 17 aerial duels in the match. They also had a high win percentage in the defensive half.

In the end, Chelsea didn’t create enough goal-scoring chances and, in the end, they scored their goal from the penalty spot. They also failed to create enough threats and have now dropped four points in the last two matches.