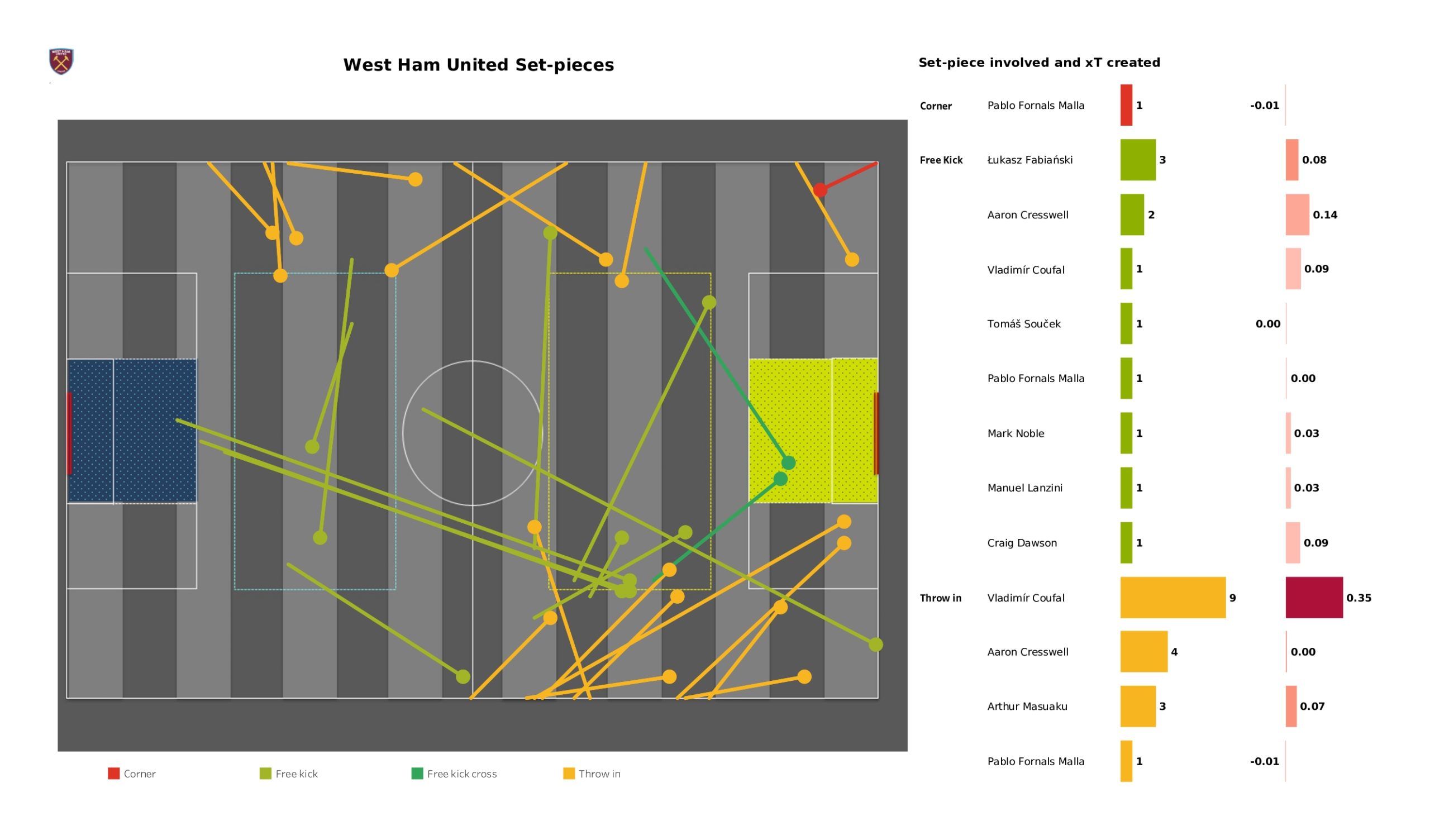 West Ham United players only won one corner. They won most of their throw-ins towards the right side.

Chelsea dominated the game but couldn’t get past West Ham United’s defence until the last moments of the game. They have now cemented the third position in the league table.

If you want to download the stats report in PDF format you can do so here: Premier League Stats: Chelsea vs West Ham United

Crystal Palace vs Chelsea Preview: The defence, Palace’s approach and the key players

Football Manager 2023: The best tactics for Chelsea in FM23

Crystal Palace vs Chelsea Preview: The defence, Palace’s approach and the...