Chelsea earned back-to-back victories under Graham Potter in the English Premier League after securing a 3-0 win over a struggling Wolves side. Kai Havertz opened the scoring for the home team at the end of the first half. At the start of the second half, Christian Pulisic doubled the advantage for his side. Armando Broja came off the bench and wrapped up the match by scoring his first goal in a Chelsea shirt.

How many shots were attempted from inside the penalty box by Chelsea? What were the defensive duels winning zones for Wolves? 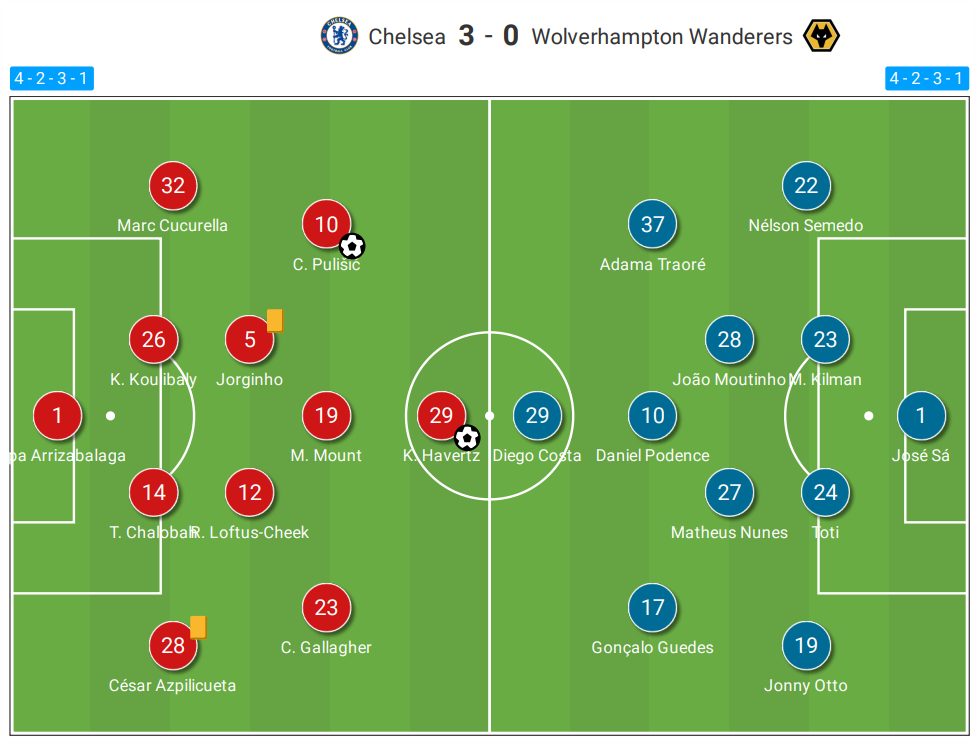