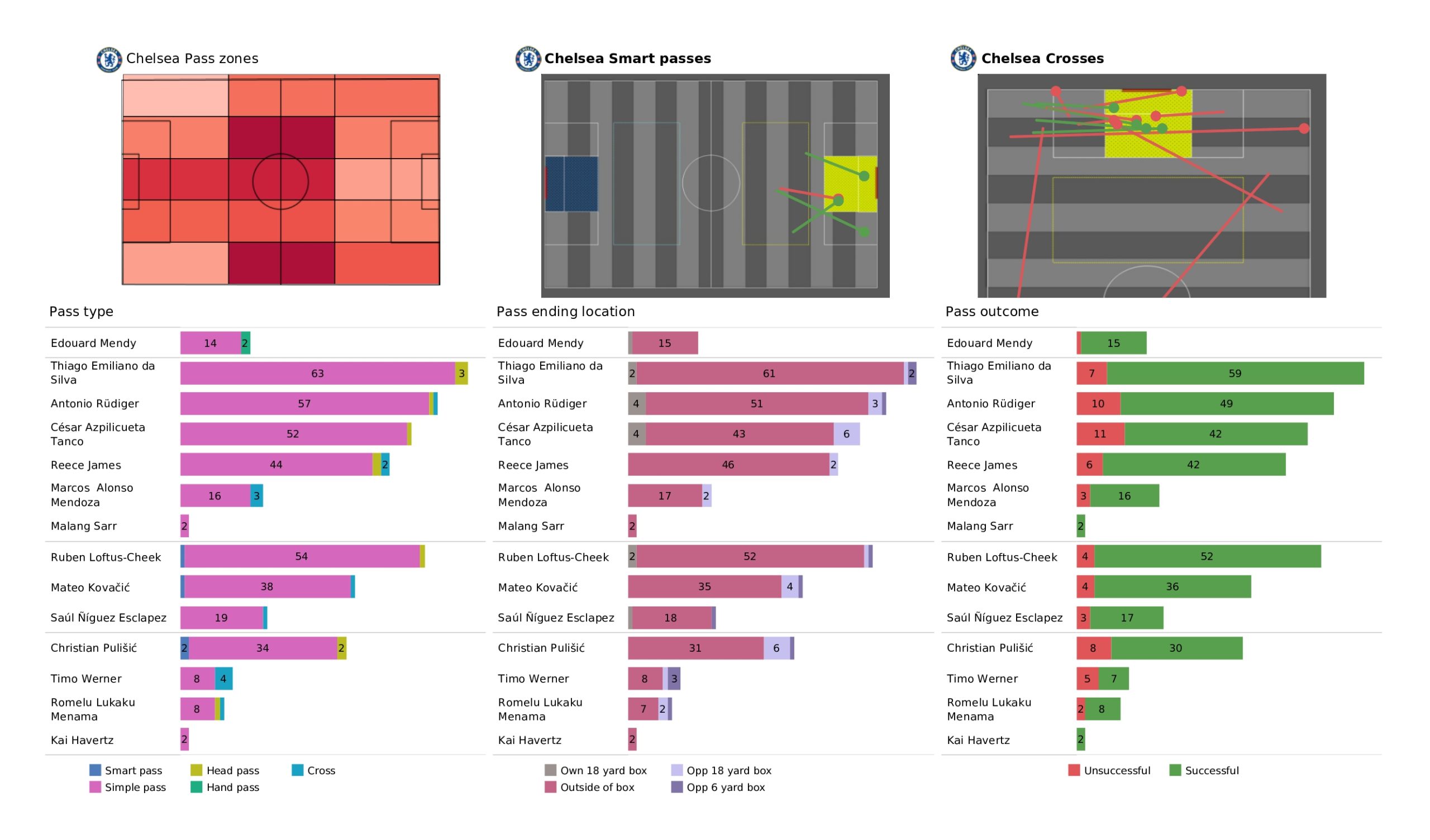 Chelsea players attempted four smart passes with a 75% pass accuracy rate. Christian Pulisic attempted 38 passes, and these included two smart passes. Of these 38 passes attempted by him, seven landed inside the opposition’s penalty box. The Blues attempted most of the crosses from the left side, and Timo Werner was the highest ball crosser for them.

Chelsea vs Leicester City Preview: Shots from set-pieces, xG, team news and more – what do the stats say?

Leeds United vs Chelsea Preview: Shots from inside penalty box, xG, shots from open play and more – what do the stats say?