A late goal in injury time handed Chelsea their first victory under Graham Potter in the English Premier League. The Blues came out to win 2-1 against Crystal Palace away from home. Conor Gallagher scored his first Chelsea goal against a side for which he played throughout last season. Pierre-Emerick Aubameyang scored his first goal for his new side in the league.

How many defensive duels were won by Crystal Palace? What was Chelsea’s xG rate in the match? 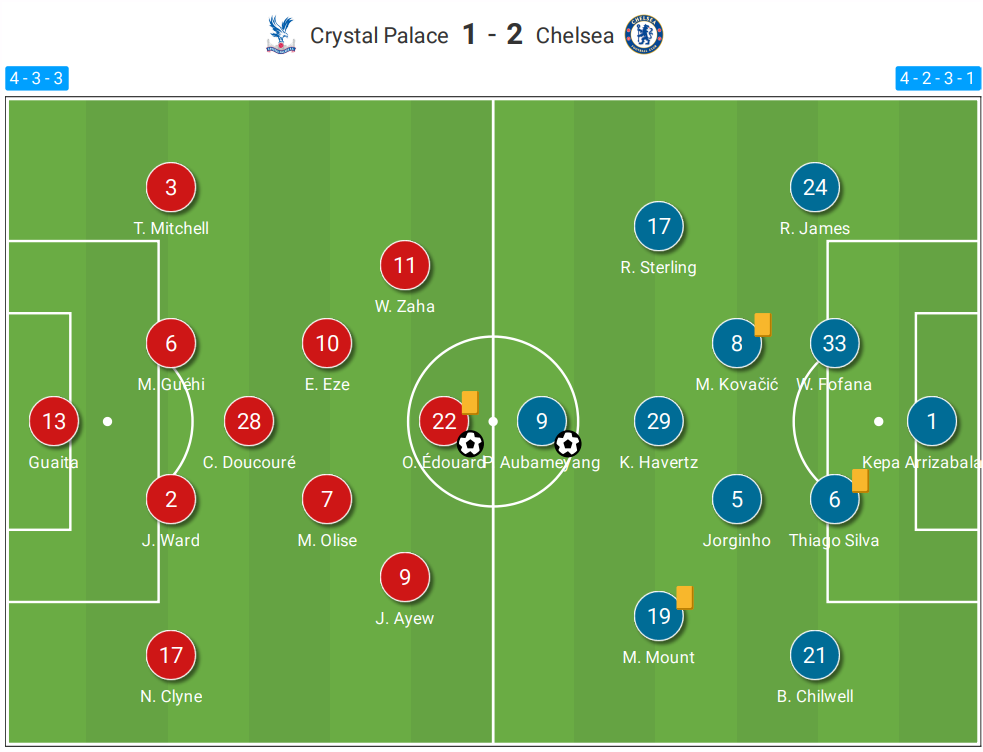