Chelsea suffered their sixth defeat of the season after going down 1-0 against Everton in the English Premier League. Richarlison scored the only goal of the match in the opening minutes of the second half. The Blues were unable to get past Jordan Pickford in Everton’s goal and are just three points above Arsenal in the fourth position.

How many recoveries were made by Everton inside the opposition’s half? Who attempted the most shots for Chelsea? 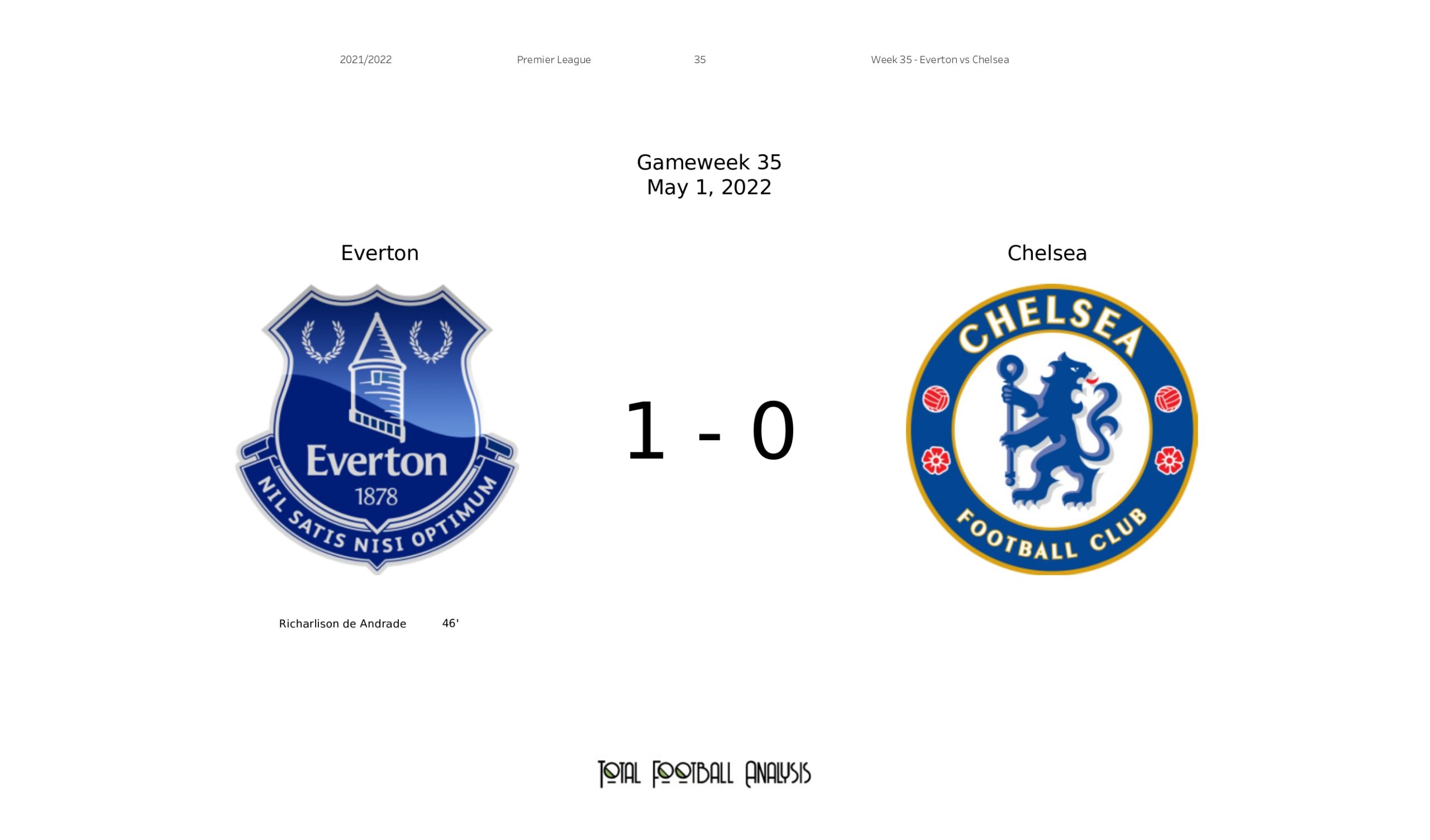