Leeds United ended Chelsea’s unbeaten start to the season and extended their unbeaten start to three matches after a comfortable 3-0 victory over the Blues at home in the English Premier League. Chelsea conceded two goals in the first half and one goal in the second. Kalidou Koulibaly’s red card towards the end summed up their performance in the match.

Which Leeds United player attempted the most crosses? How many positional attacks were created by Chelsea? 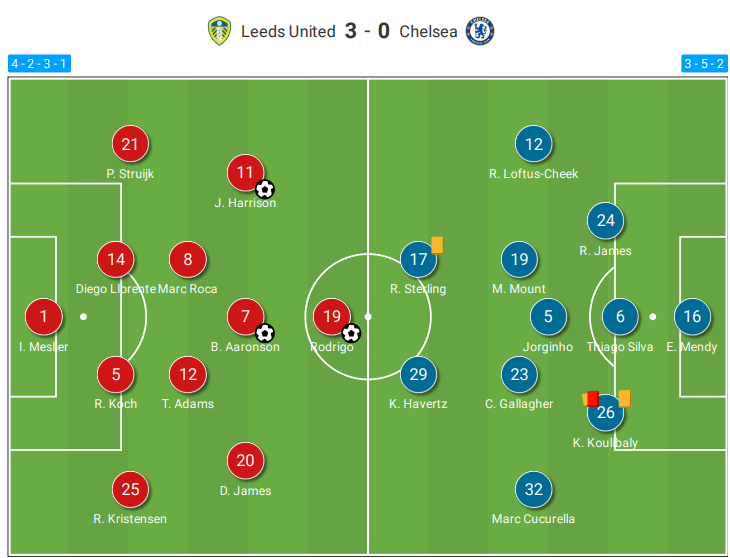