Chelsea have had a poor start to the season, with seven points in the first five games. They have lost two games, and that is the biggest concern for the manager. One of the reasons behind their struggles is their attack. The Blues have scored only six goals. Romelu Lukaku left for Inter Milan in the summer, and Chelsea signed Raheem Sterling from English Premier League defending champions, Manchester City. The former Liverpool forward carries a lot of experience of playing in top teams and was listed as one of the best signings of the summer. He has been the focal point of Chelsea’s attack this season and has scored 50% of his team’s goals. Chelsea have relied a lot on his abilities, and he is slowly becoming their main player. Let us look at some of the stats of the forward that show why Sterling is a key figure in Chelsea’s attack. 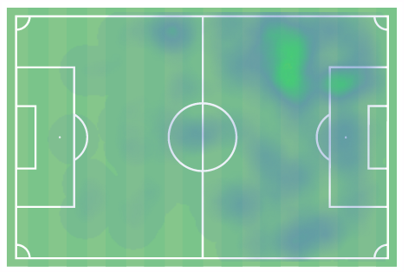 Sterling has started in every league game for the Blues this season. Thomas Tuchel has opted to go with a front two this season, and Sterling features on his favoured left side. The Englishman has scored three goals and has an assist to his name. The above viz shows that Sterling has covered a lot of areas in the final third and likes to get involved in the attacking plays. Sterling has taken 22 touches inside the penalty box this season. 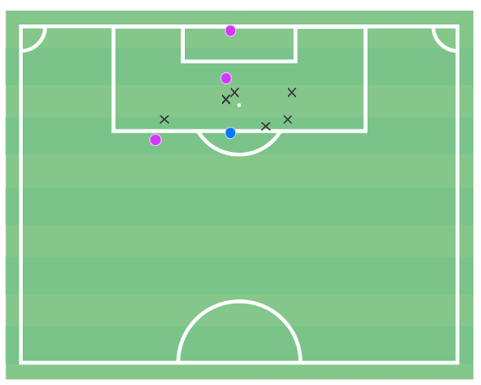 Sterling has attempted 11 shots this season with an accuracy rate of 36.4%. He has attempted most of the shots from outside the box but has failed to hit the target on most occasions. One of the areas where Sterling has scored goals is from inside the six-yard box. Sterling used to make far-post runs at Manchester City and score tap-in goals. At Chelsea, he is not getting these passes and has to attempt shots from different positions. The forward has an overall xG rate of 2.38. 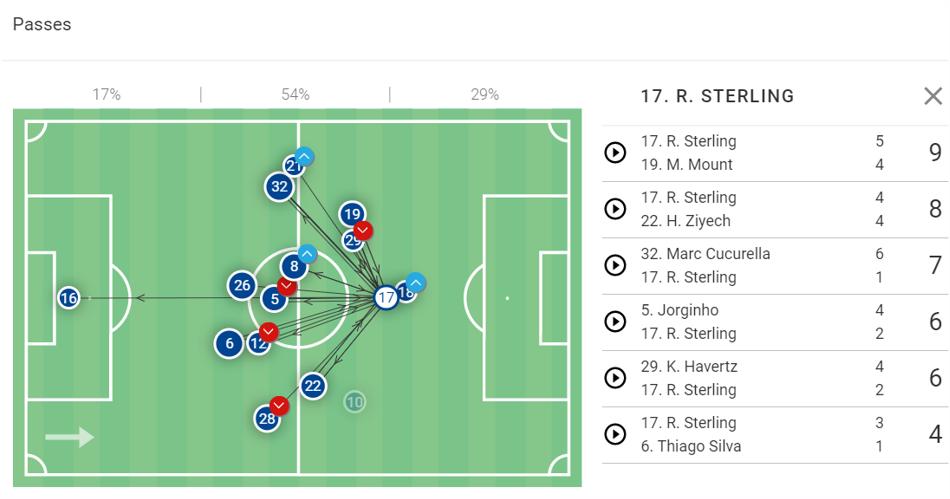 In the last match, Raheem Sterling was the target man. In general, his passing stats have been impressive. The forward averages about 24 passes per 90 minutes with a 78% accuracy rate. This includes 2.5 crosses per 90 and 3.12 passes to the penalty box with a 56% accuracy rate. It shows that Sterling could provide more assists going forward into the season. 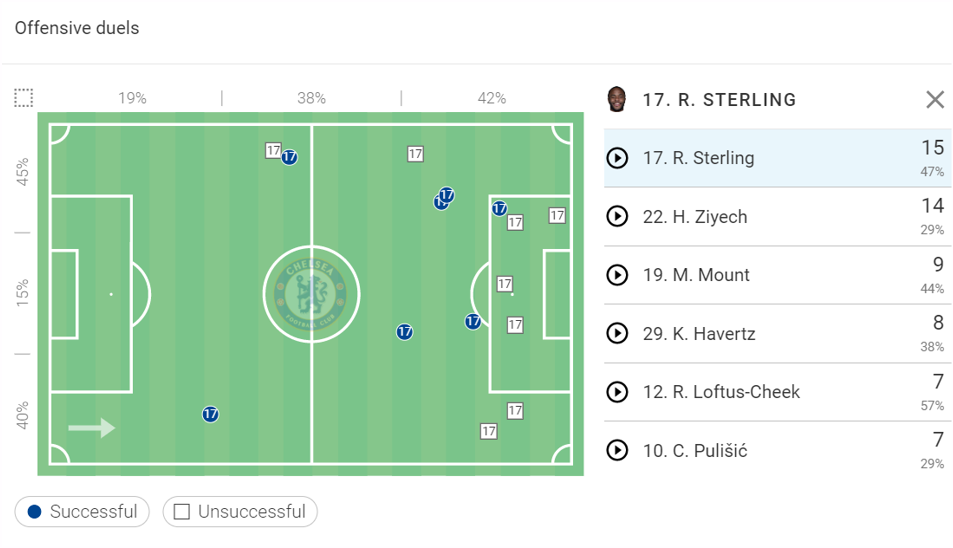 Sterling also likes to go in for a challenge. He has contested 87 offensive duels this season with a 26.4% success rate. In the last match, Sterling contested the highest number of offensive duels for his team and won a few duels in the attacking third.

The 27-year-old will look to score more goals for his new club and earn a trophy in his first season at the club. Chelsea have signed Aubameyang, and his addition could form a new partnership in the attack. Sterling is also preparing for the World Cup and will be a key figure in the attack for the Blues this season.