Chelsea are searching for centre-backs after falling short of options at the back. Antonio Rudiger joined Real Madrid, and Andreas Christensen is likely to join Barcelona in the next few days. Cesar Azpilicueta is also being linked with a move to the Catalan giants, along with left-back Marcos Alonso. Thomas Tuchel will have a headache in case he loses his captain, Cesar Azpilicueta, to Barcelona. The Blues have been desperate to add some players like Jules Kounde from Sevilla and Matthias de Ligt from Juventus. Kounde could join the North London club, but de Ligt has less of a chance as Juventus won’t let go of one of their main centre-backs. Chelsea still have options, with the likes of Stefan de Vrij available as a free agent in the transfer window. The Dutchman is on the move away from Inter Milan, and Chelsea could add the experienced centre-back to their squad. He has consistently played in the top leagues and has represented his side in the UEFA Champions League as well. Last year, he was a regular for Inter Milan, and some of the stats below show his defensive qualities that could help Chelsea in the future.

The 30-year-old defender made 41 appearances for Inter Milan last season. Of these, six were made in the UEFA Champions League, and the defender scored his only goal of the season in the elite competition. Inter Milan, like Chelsea, use a three-man backline, with de Vrij playing in the centre. 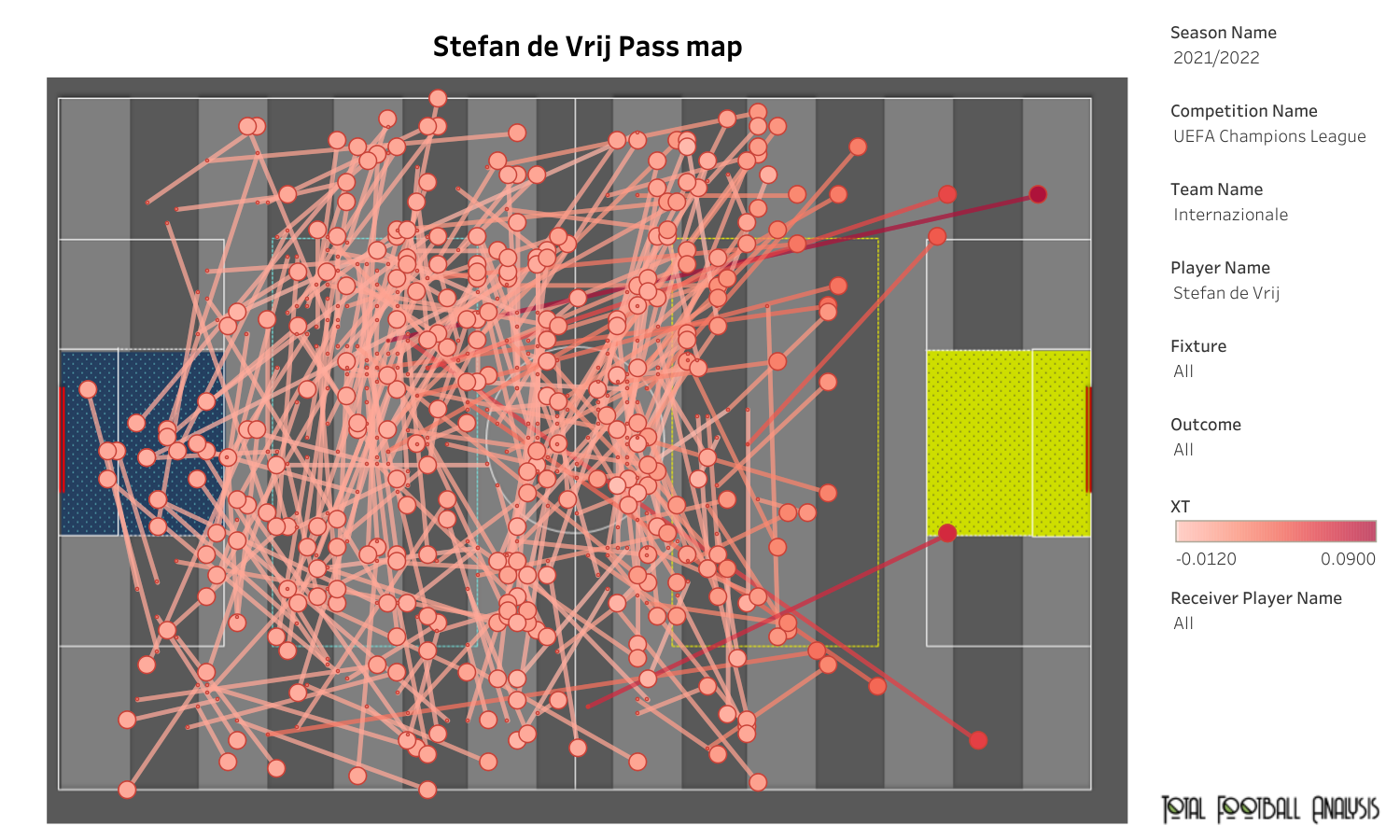 The above viz shows all the passes that were attempted by de Vrij in the Champions League last season. He averaged 56.45 passes per 90 minutes with a high accuracy rate of 92.14%. The above viz shows that some of his passes were sideways passes to other defenders and some were forward passes towards the midfielders. The player also played some long diagonals to find his teammates in the attacking third. De Vrij averaged 5.68 passes into the final third with a 78.1% accuracy rate. 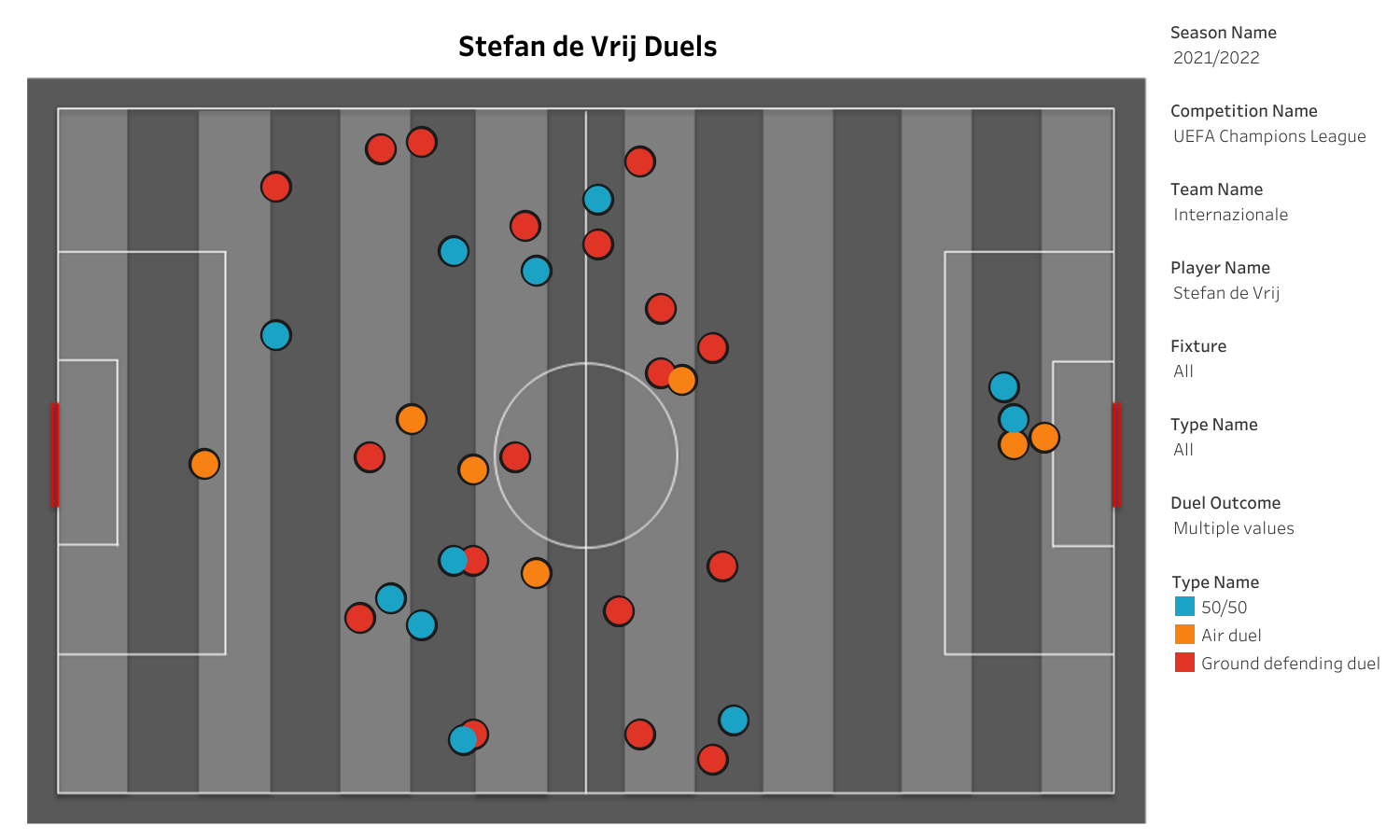 De Vrij was involved in 9.6 defensive actions per 90 minutes with a 79.63% success rate. He contested 5.7 defensive duels, 2.1 aerial duels, and 2.5 loose ball duels per 90 minutes. The above viz shows all the duels that were won by the player or duels that ended in a neutral result. The Dutchman won 34.4% of defensive duels, 58.3% of aerial duels, and 64.3% of loose ball duels. Most of the duels were won in the middle third. The defender also won four duels inside the opposition’s penalty box. De Vrij attempted four shots with a 100% accuracy rate. This shows that the player is a threat in the air during set-pieces. Other than this, he made 21 interceptions and 51 recoveries. Every interception was made in the defensive third, and 12 recoveries were made inside the opposition’s half.

The stats above show that Stefan de Vrij is a reliable defender. He carries a lot of experience and aerial threats. The player can score goals and help his side defend during corners. The Dutchman could turn out to be a great addition as he is available for free and still has a few years left in his career.