Chelsea were knocked out of the UEFA Champions League after a thrilling tie with Real Madrid that ended 5-4 in favour of the Spanish club. The holders suffered this defeat at the quarter-final stage of the competition and now have the chance of winning one silverware this season, i.e., the FA Cup. They will face London rivals Crystal Palace in the semi-final stage and will go as the clear favourites to advance to the final. There is positive news in the Chelsea camp as Timo Werner has found his goal-scoring touch and has netted three goals in the last two games. He is starting to form a new partnership with fellow German Kai Havertz upfront, and the duo could play a crucial role in this tie. 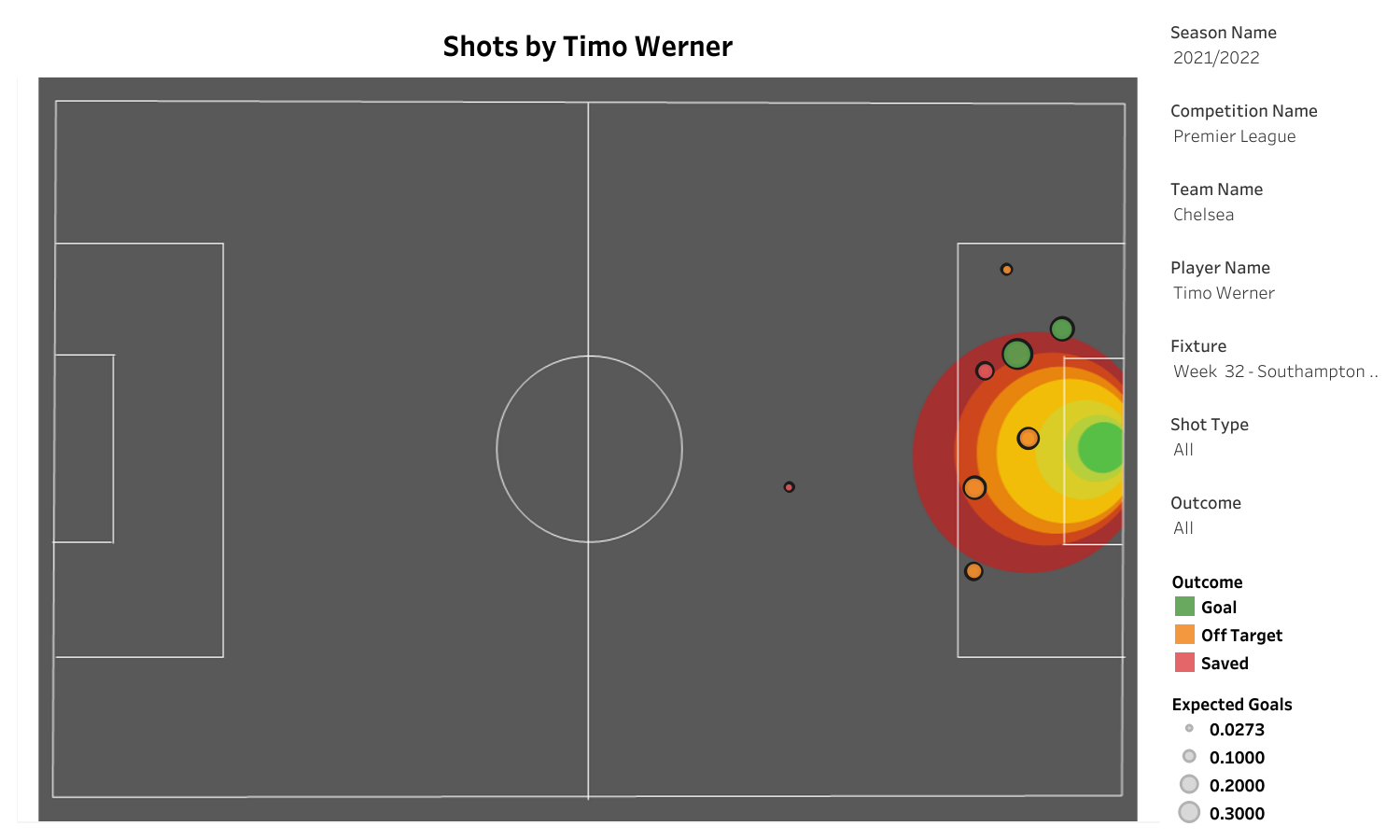 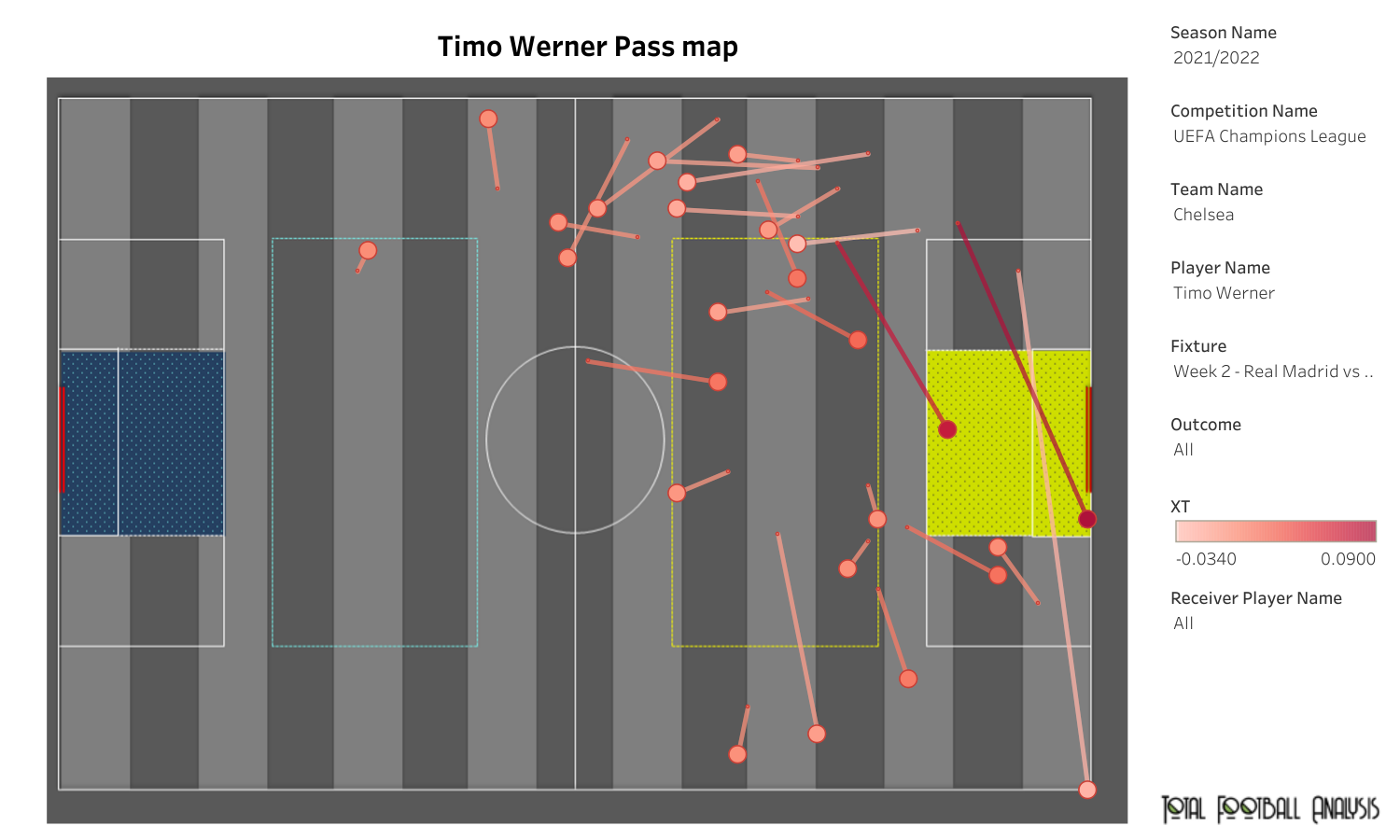 Timo Werner continued his good form against Real Madrid in the next match. The former RB Leipzig striker scored a goal and also provided an assist for Chelsea’s opening goal. The above map shows all the 28 passes attempted by the player. Of these 28 passes, four landed inside the opposition penalty box. He attempted six passes towards Mason Mount and provided an assist to the midfielder. Other than this, Werner attempted two shots with a 50% shot accuracy rate. He also took three touches inside the opposition penalty box and attempted six dribbles.

Thomas Tuchel’s men play in a 3-4-3, 3-4-1-2, and 3-4-2-1 formation. Kai Havertz is currently leading the line for the Blues and is assisted by Christian Pulisic or Timo Werner on the left and Mason Mount or Hakim Ziyech on the right. Timo Werner’s form can earn him another spot in the starting 11, and he could prove to be a crucial player for reaching the finals of the competition. The German will also look to end his season on a high and cement his place in the team. He is forming a partnership with his fellow German international and this could be a great positive for the Blues going into the next season.