Defending champions Chelsea host French club LOSC Lille in Round-of-16 match of the UEFA Champions League 2021/22 season. The Blues recently won their first-ever FIFA Club World Cup and enter this match after a 1-0 victory over Crystal Palace in the English Premier League. Ligue 1 defending champions, Lille, have struggled in the domestic league this season and are currently in the bottom half of the table. 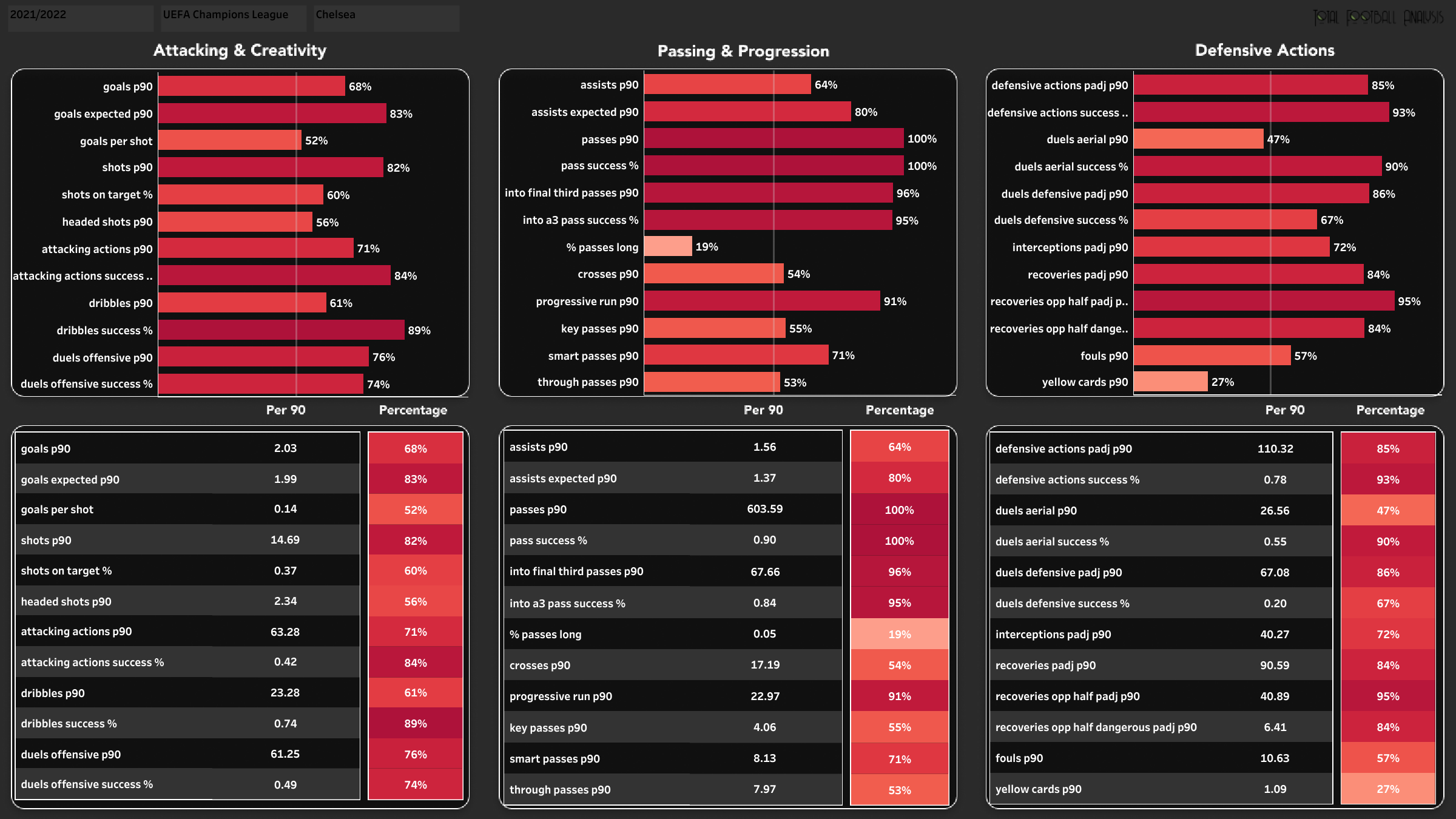 Chelsea finished as the runners-up in Group G behind Juventus. The Blues finished the group with four wins and 13 points in total. Chelsea scored 13 goals with an xG rate of 12.73 and conceded four goals in return. When looking at the above chart, the general rule is that the longer the bar, the better the performance — you can see the league average in the middle, and the % is the percentile rank the player is in. Thomas Tuchel’s men average 63.28 attacking actions per 90 and have a high success rate in comparison to the other teams. Chelsea were the top passers of the ball in the group stage with an accuracy rate of 90%. The Blues averaged 67.66 passes into the opposition’s final third with an 84% accuracy rate. Tuchel’s men have also defended well and had a high percentile rank in defensive action success rate. They average more than 40 recoveries inside the opposition’s half per 90 minutes, and more than six recoveries were counted as dangerous. 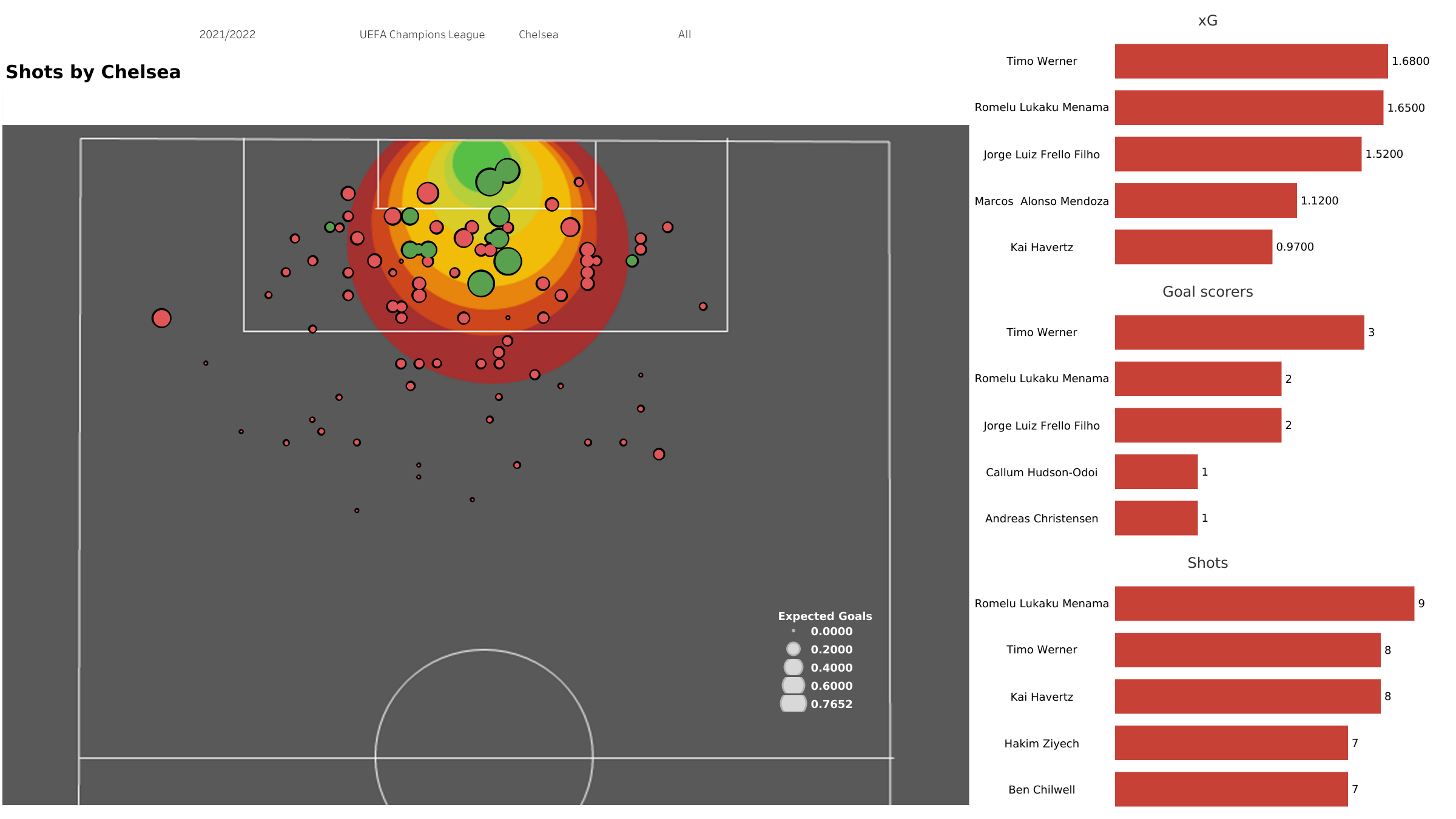 Timo Werner is the top goal-scorer in this competition for the defending champions. The German has scored three goals, one more than Romelu Lukaku and Jorginho. Mason Mount will remain out due to injury, while Cesar Azpilicueta is also doubtful alongside Callum Hudson-Odoi. 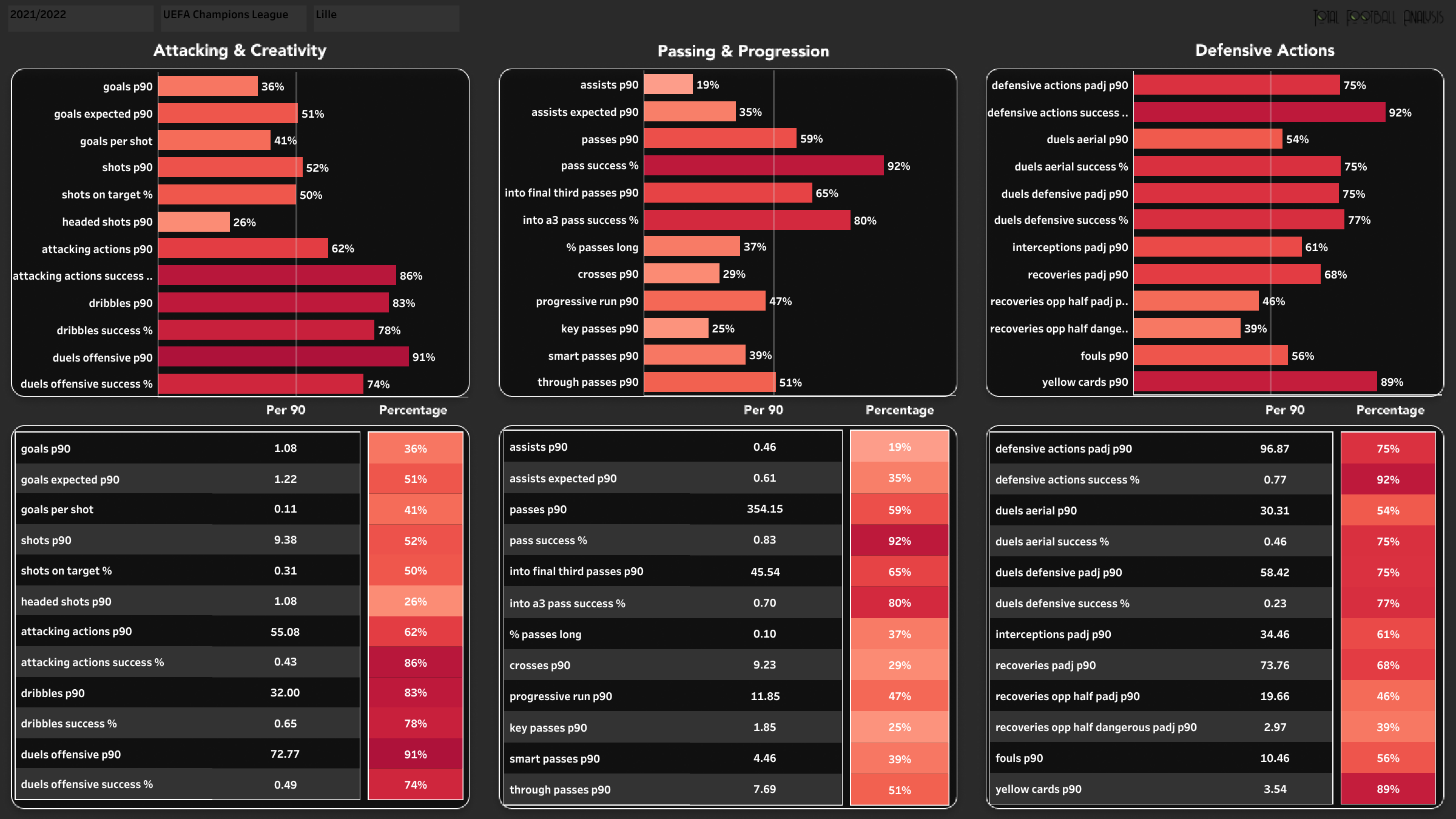 Lille topped Group G with three wins, two draws, and one loss. The French side scored seven goals and averaged 1.22 xG per 90 minutes. Lille scored the fewest goals amongst the other group leaders and had a low percentile rank. However, they have a high rank when we look at the attacking actions success rate and the offensive duels win rate. Defensively, Lille have performed well and conceded only four goals. They have a high defensive action success rate, but they average more than three yellow cards per 90 minutes. Chelsea only average one yellow card per 90 minutes. 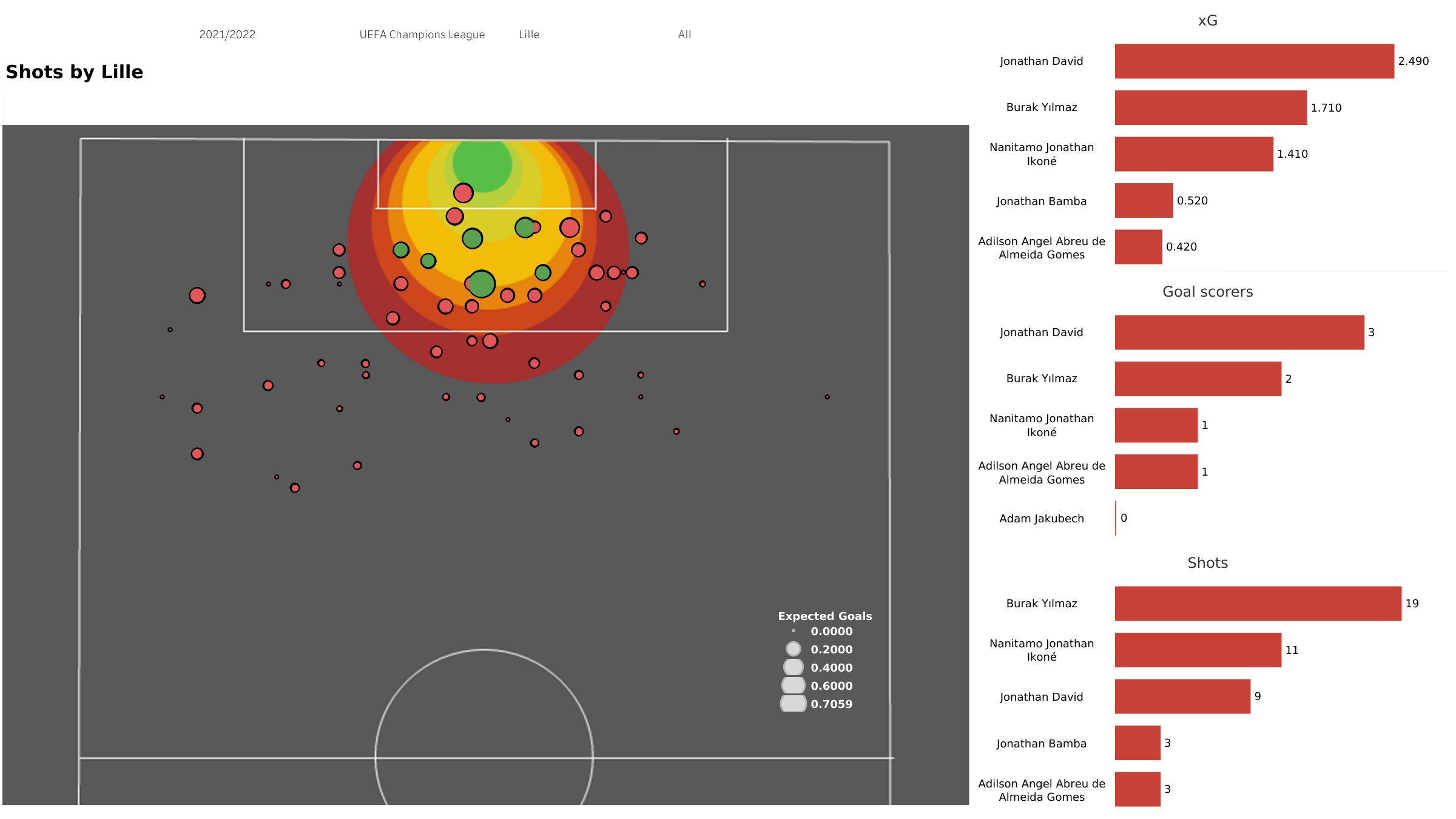 Jonathan David is the top goal-scorer for Lille with three goals. The away team will be without former Manchester United youngster Angel Gomes, who got injured in the last league game.

Chelsea go as the favorites into this match, despite having a tough time in their victory over Crystal Palace. Lille have struggled to regain their last season’s form and have a few players in their squad who are one booking away from missing the match. The Blues will look to take advantage of the early momentum by winning the first leg of the UEFA Champions League 2021/22 Round-of-16 fixtures.