Chelsea qualified for the knockout stages of the UEFA Champions League after a hard-fought 2-1 victory over RB Salzburg. Mateo Kovacic opened the scoring for the Blues in the 23rd minute, and Chelsea carried a one-goal lead into the second half. Junior Adamu levelled the score early in the second half. Chelsea took back the lead as Kai Havertz scored the winner 15 minutes after conceding a goal. This was the winning goal, and Chelsea have a three-point lead in Group E.

How many positional attacks were created by the home team? Who won the most defensive duels for Chelsea? 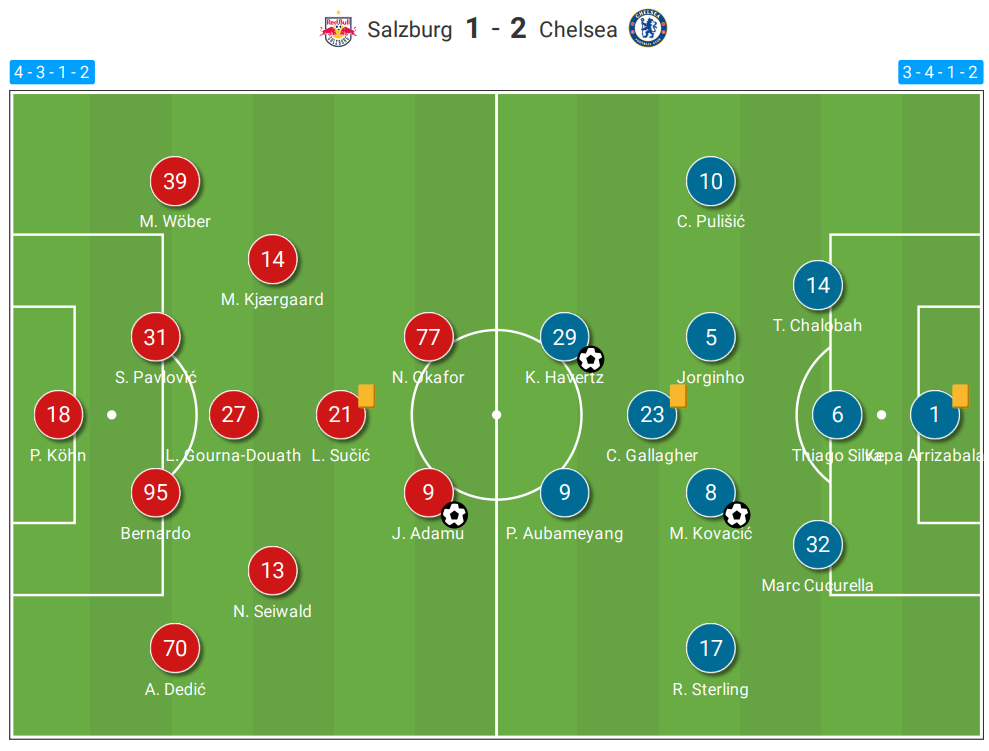