Juventus and French international midfielder, Adrien Rabiot, could be on the move away from Italy. He is being targeted by a few English Premier League clubs, including Chelsea. Thomas Tuchel is looking to add new names after a trophyless season with the London-based club. He is setting his eyes on defenders and midfielders who could provide stability to the team. Adrien Rabiot has played at the top level and has also featured in the UEFA Champions League this season. He adds creativity to the midfield, and this is the reason why Chelsea might bid for him. With N’Golo Kante ageing, and Jorginho playing more in a holding role, the manager is left with a few attacking options in the midfield. 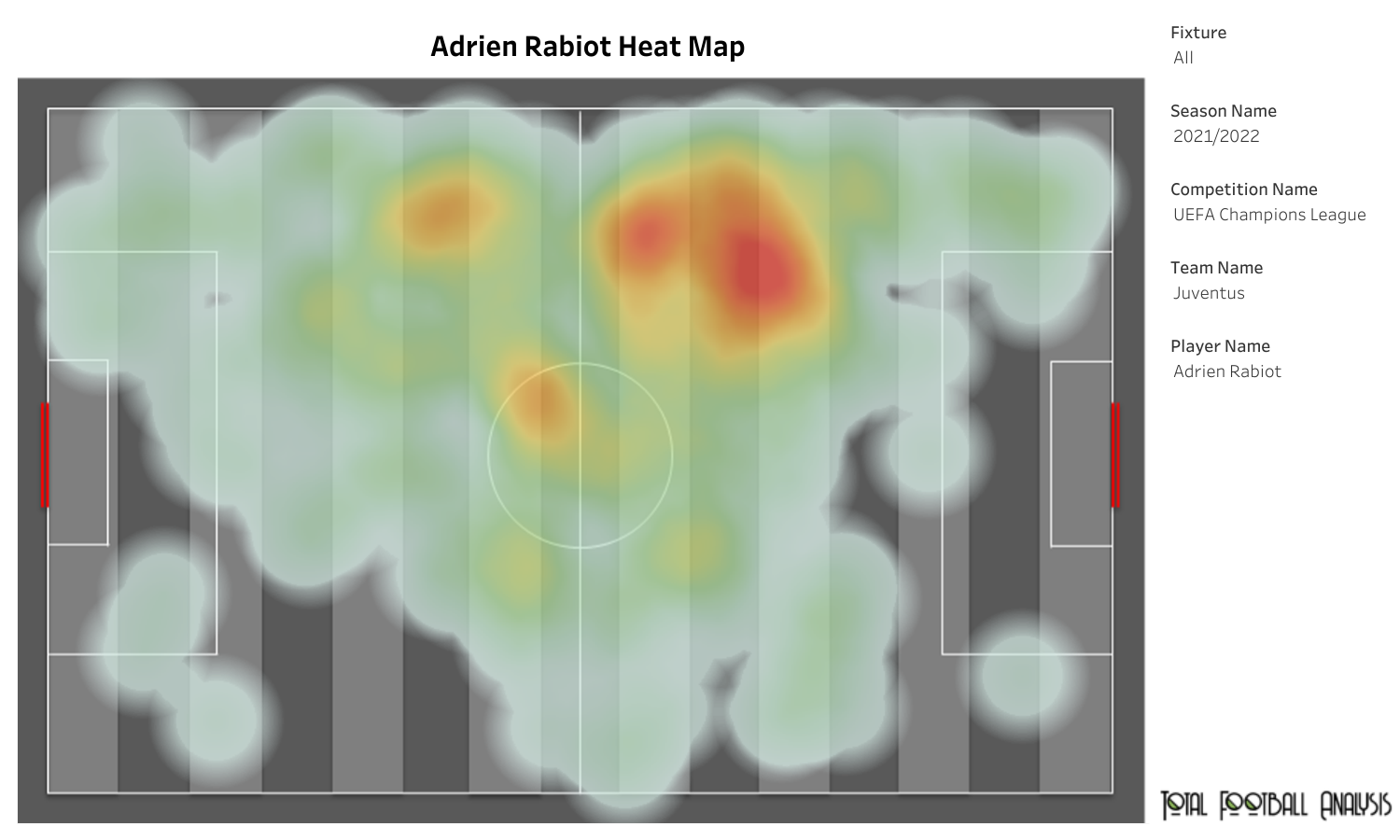 Adrien Rabiot featured in seven out of the eight games played by Juventus in the UEFA Champions League 2021/22 season. He featured as the left central-midfielder in every match. Juventus sometimes play in a 3-at-the-back formation, which is somewhat similar to Chelsea. The heat map shows that he has made runs up and down the pitch for his team. He is more of a box-to-box midfielder and likes to get involved in the play. Rabiot also took eight touches inside the opposition’s penalty box. 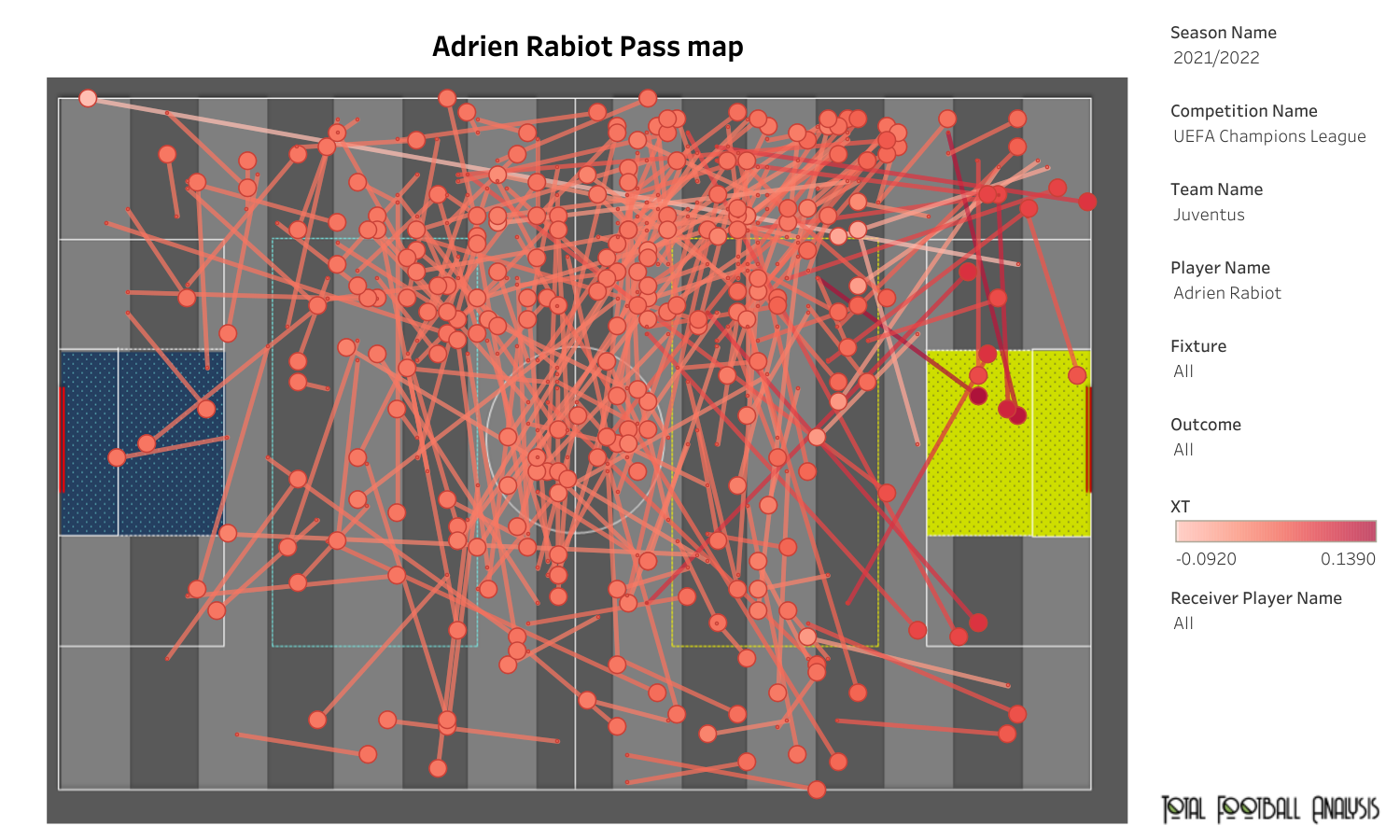 The above viz shows all the 274 passes attempted by the midfielder this season. Most of his passes have been sideways. These passes include seven crosses, 13 long passes, three smart passes, and four through passes. He attempted 31 passes toward left-back Alex Sandro and 28 towards Arthur Melo. Of these 274 passes, ten landed inside the opposition’s penalty box. The player failed to provide an assist but allowed the full-backs and other players to make forward runs.

The midfielder attempted eight shots with a 25% accuracy rate. Of these eight shots, five were attempted from outside the opposition’s penalty box. 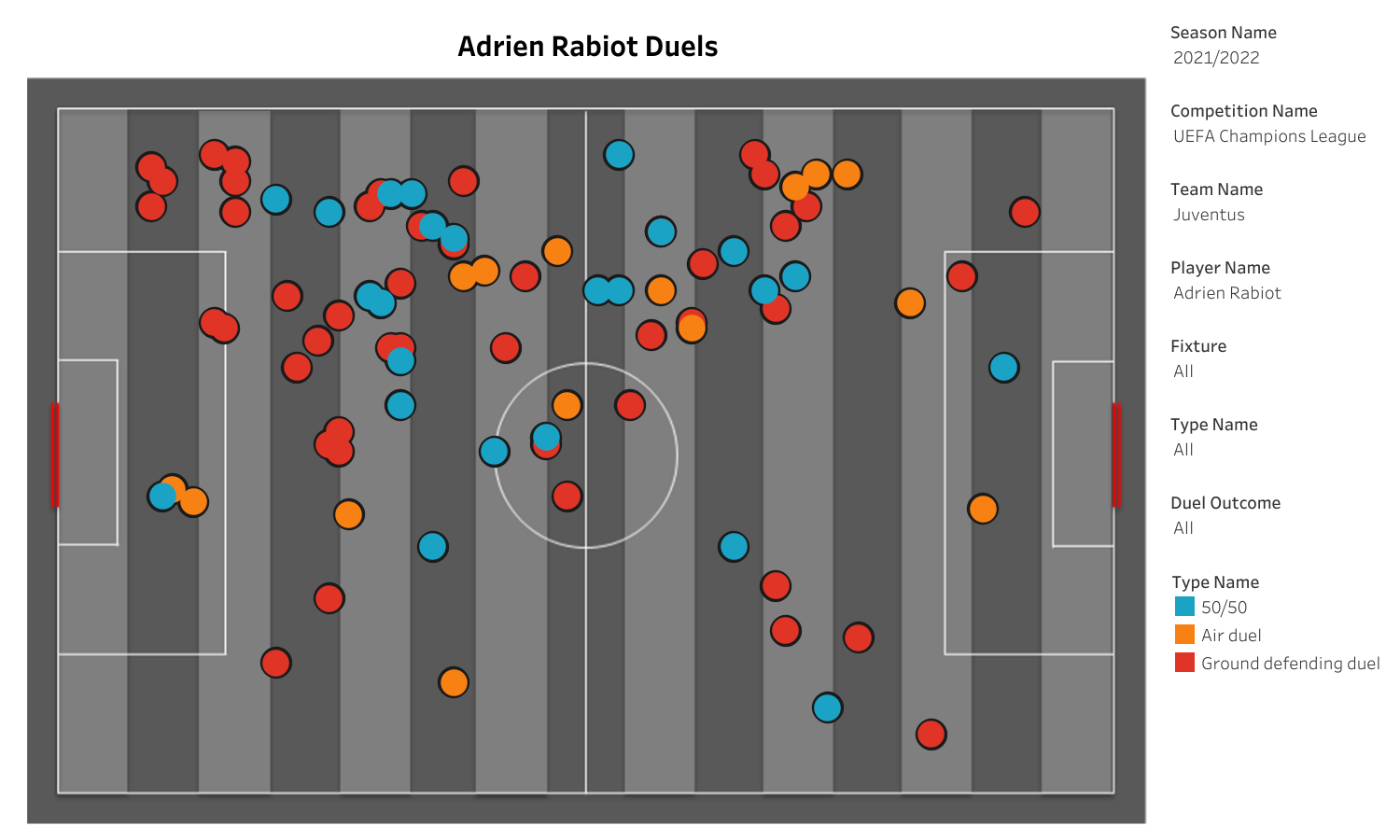 The 27-year-old midfielder could provide a spark to Chelsea’s midfield. He likes to dictate the play and take goal-scoring positions whenever possible. Adrien Rabiot can also defend and stop the opposition from creating plays. Chelsea are facing a lot of competition to sign the player. He could be on the move away from Turin soon.