Benjamin Pavard rose to the ranks after winning the FIFA World Cup with France in 2019. The player scored a famous goal against Argentina that made his name in the international game. Then, he was playing for Stuttgart in the Bundesliga. Bayern Munich were impressed by the performances of the youngster and signed him for a big-money move. The German Champions have now signed Noussair Mazraoui from Ajax. This means that Pavard could end up as the second-choice right-back for his side. The 26-year-old might opt for a move away from the club. One of the clubs interested in him is Chelsea. The Blues have the fear of losing their club captain, Cesar Azpilicueta, after the full-back is tipped for a move to Barcelona. They have Reece James in the same position, but the manager likes to have two options for every position. Benjamin Pavard was a regular for the German side last season, and the stats below show why Chelsea might consider signing him.

Pavard made 36 appearances for Bayern Munich last season. He failed to score a goal but provided two assists. Of these 36 appearances, ten were made in the UEFA Champions League. 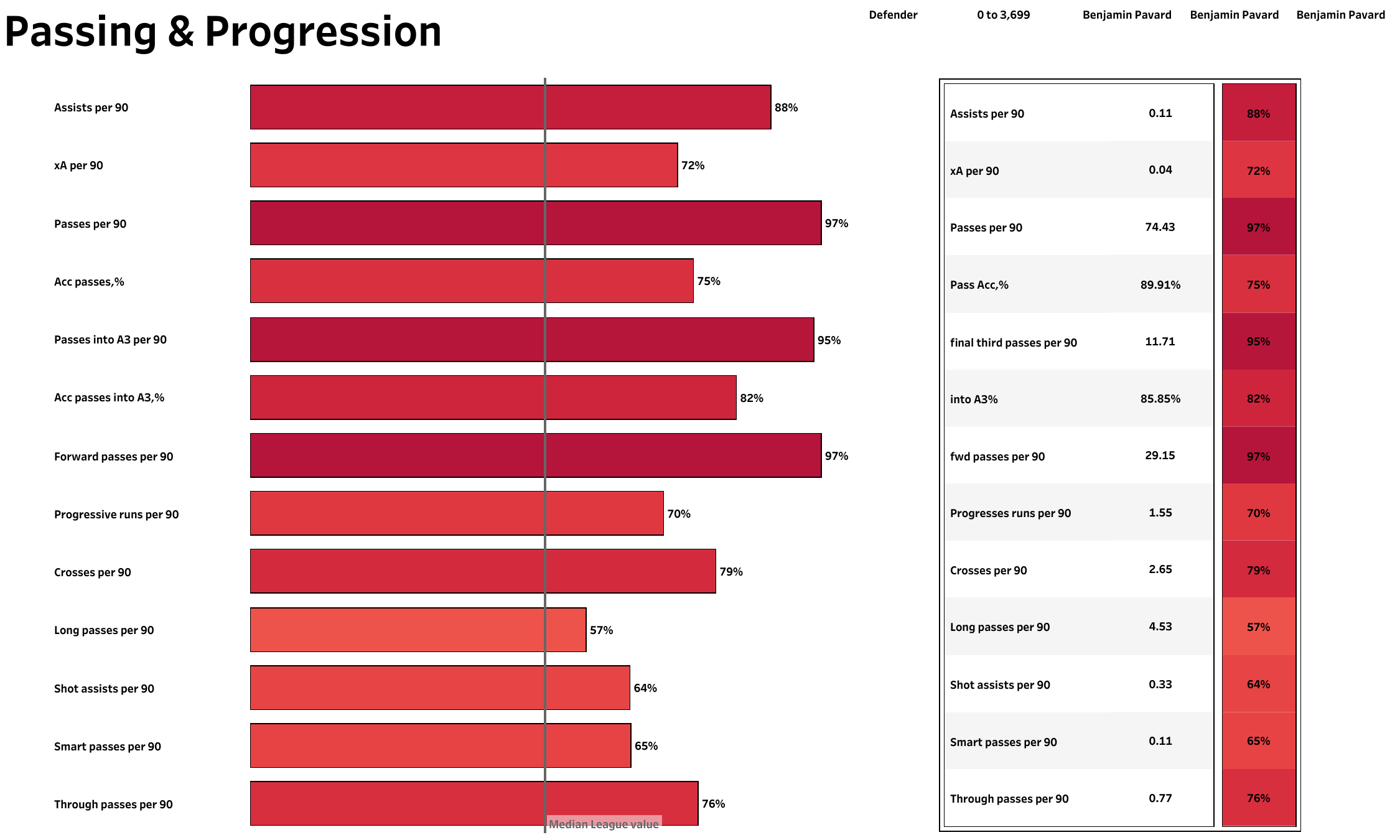 When looking at the above chart, the general rule is that the longer the bar, the better the performance — you can see the league average in the middle, and the % is the percentile rank the player is in. Pavard was highly rated amongst other defenders for attempting passes. He averaged 74.4 passes per 90 minutes with a high accuracy rate of 89.9%. These passes included 29.1 forward passes per 90 minutes, and that shows that Pavard likes to create plays from the back. 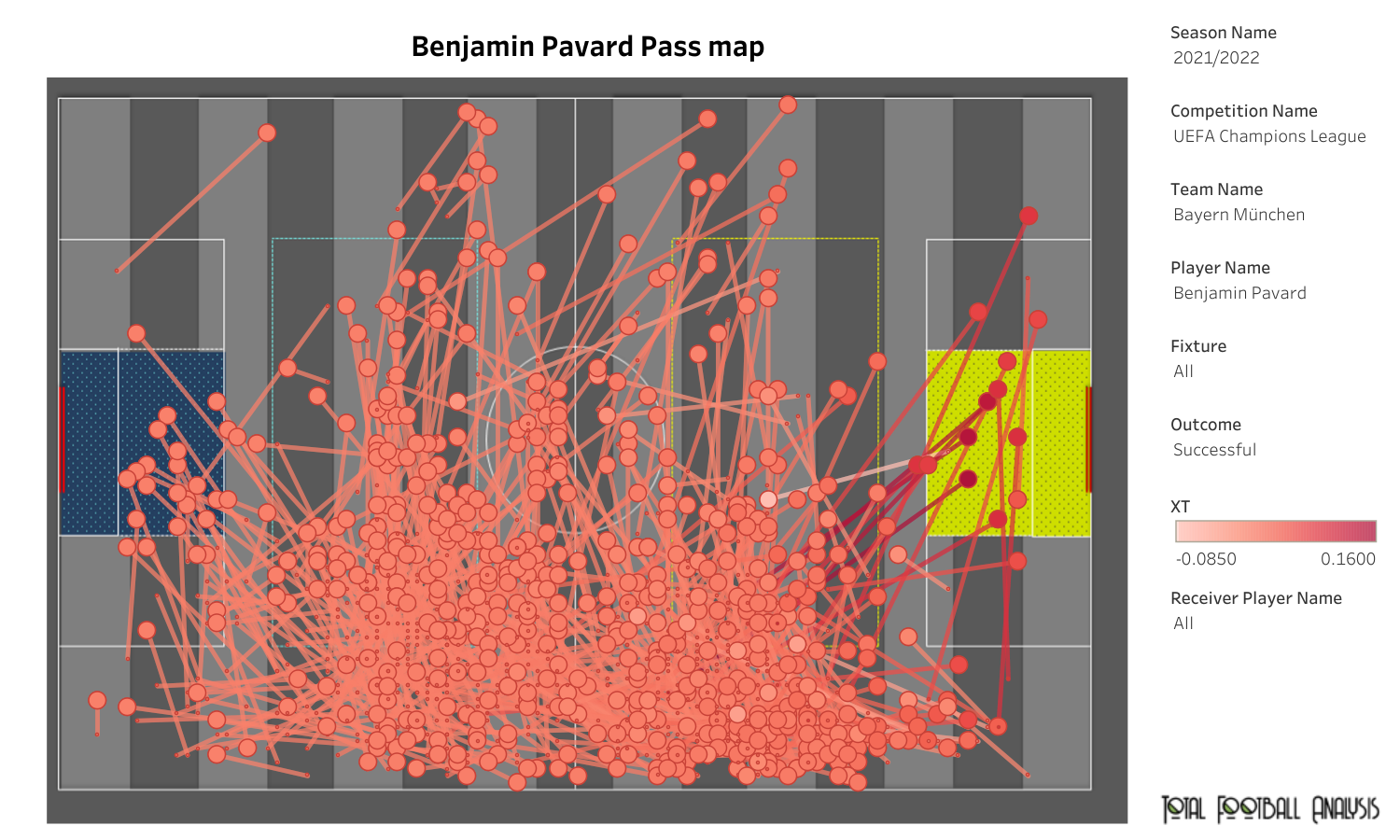 The above viz shows all the passes that were successfully completed by the player. He likes to deliver crosses from deep positions. Some of the passes attempted from the middle third landed inside the opposition’s penalty box. 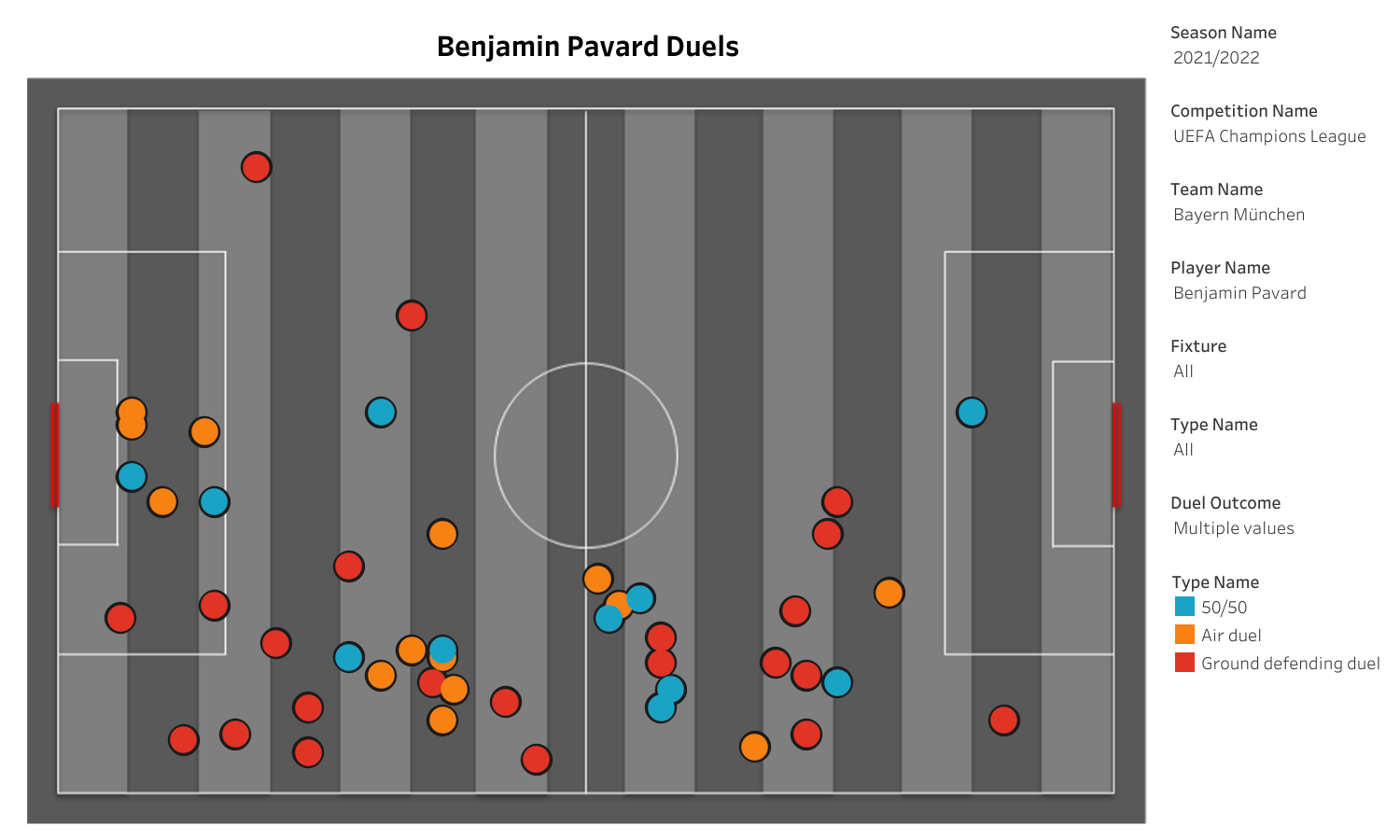 Pavard was involved in 10.5 defensive actions per 90 minutes with a success rate of 81.05%. The above viz shows that the player won most of the duels in the middle third. He averaged 4.75 interceptions and 8.4 recoveries per 90 minutes. Of these recoveries, 3.09 were made inside the opposition’s half.

The Frenchman creates a lot of threats for his team. He is an attacking full-back who could end up playing in a three-at-the-back formation. That would suit his style and give him more freedom to go forward. The Blues will look to sign him if the club captain leaves in the transfer window.