Chelsea had a great start to the English Premier League season and Tuchel’s men were at the top of the table. However, a dip in form has cost the Blues, and they are now ten points behind leaders Manchester City. The Blues were without a lot of players due to injury and COVID-19. One of the positions where Chelsea are short of options is the left-back position. Ben Chilwell got injured after making just six appearances and is expected to miss the rest of the season. The manager is left with only Marcos Alonso, and the club has approached Everton’s Lucas Digne as well as AC Milan’s Theo Hernandez.

Lucas Digne has been a regular starter for Everton since joining in 2018 from Barcelona. Since he arrived in the Premier League, Digne has been rated as one of the best full-backs in the league. This season he has featured in 13 games for an Everton side struggling for points. 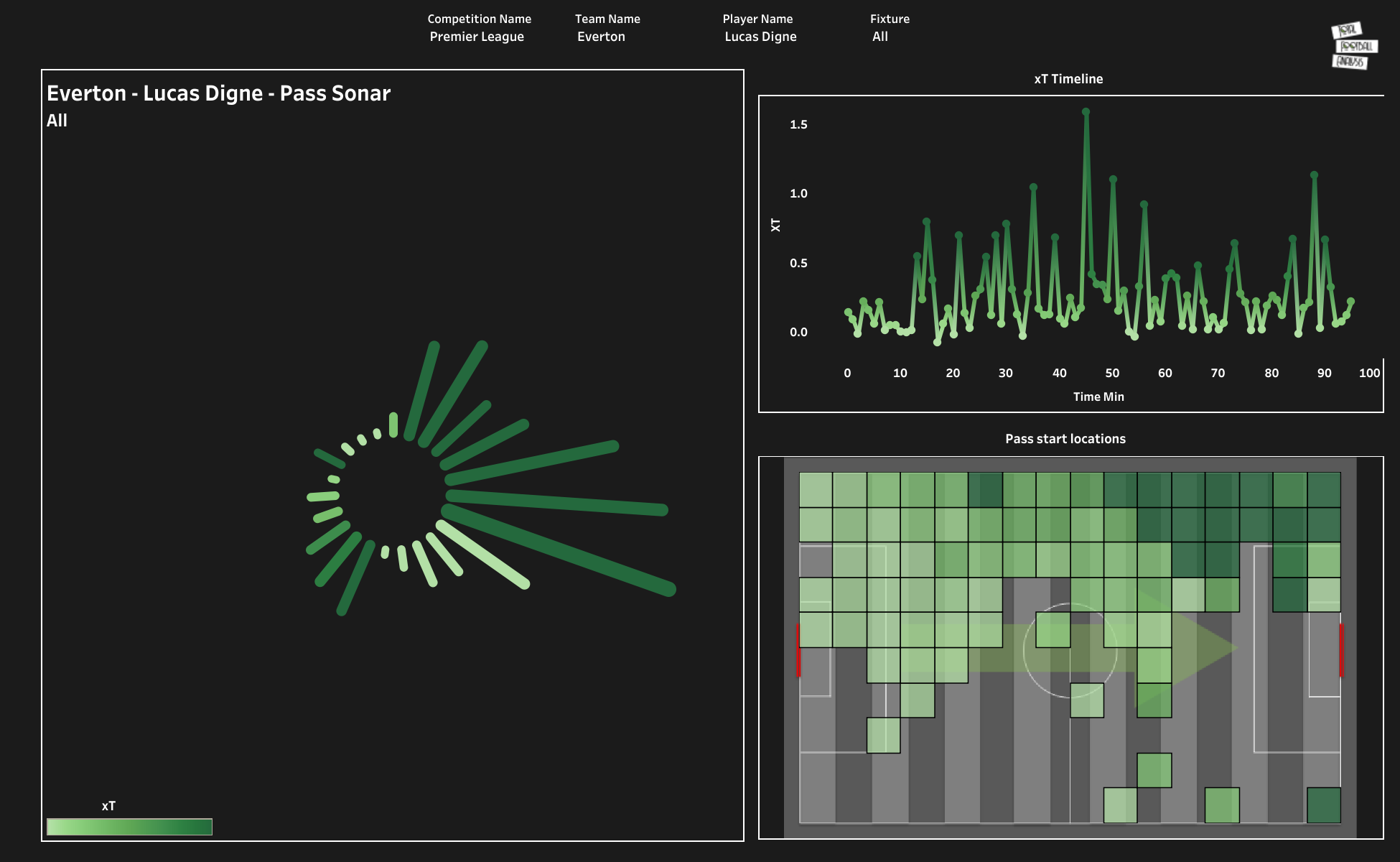 The above viz shows the pass starting location of the player this season. Digne has attempted most of his passes from the left side in the opposition’s final third. The left-back has also attempted some of the passes from inside the opposition’s penalty area. The xT timeline shows that the highest threat is created around the half-time interval. Digne has a high threat rate when it comes to passing. His passing range includes 48 crosses and he is also effective towards the end of the match.

Marcos Alonso is a good option while going forward. The Spanish international player is known more for his attacking threats than his defensive contributions. He has scored a goal and provided two assists in 15 appearances, but sometimes the team looks vulnerable when it comes to defending from the left side. 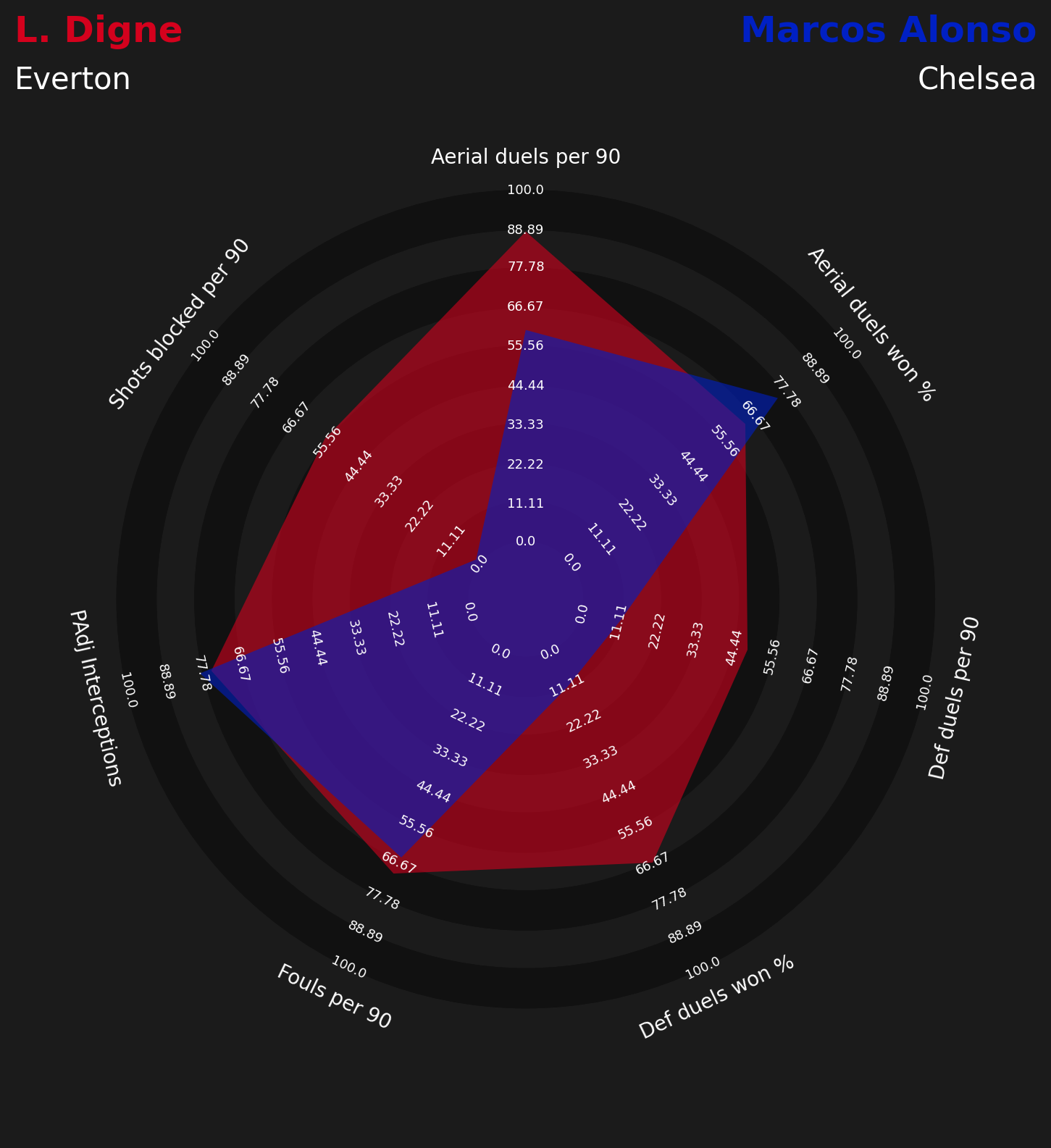 The above viz compares the defensive stats of Digne with Alonso. Everton have defended a lot this season and are yet to find their rhythm. Digne has contested more aerial duels, defensive duels and has blocked more shots than Alonso. He provides defensive stability along with some threat-creating passes into the opposition’s penalty area.

The other player that Chelsea have enquired about is AC Milan’s left-back Theo Hernandez. Theo is enjoying his time at the Italian club and has created a lot of threats while going forward on the pitch. 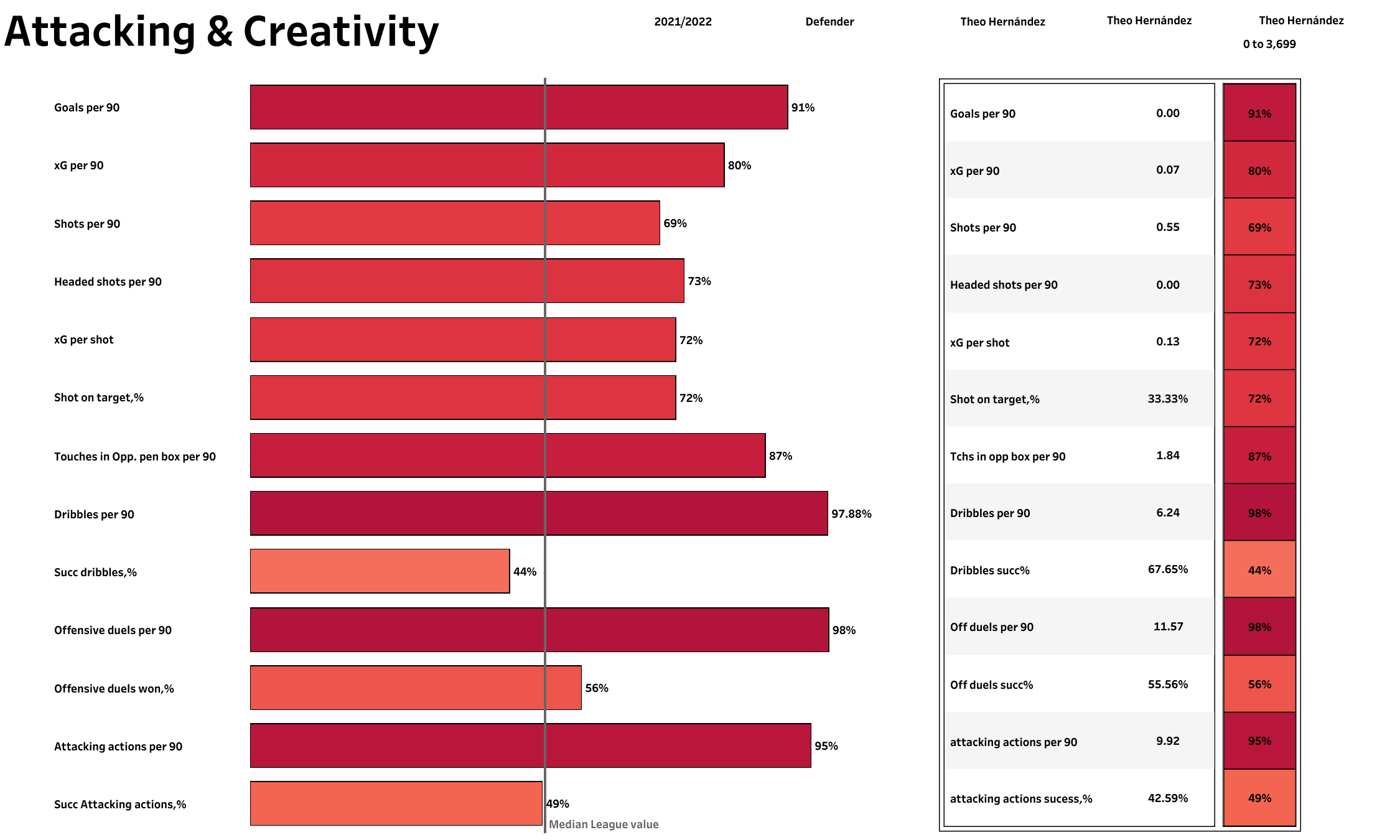 When looking at the above chart, the general rule is that the longer the bar, the better the performance – you can see the league average in the middle, and the % is the percentile rank the player is in. The above viz shows the UEFA Champions League 21-22 stats of the player. Theo Hernandez was one of the most attacking full-backs in the competition. The player has a high percentile rank when it comes to dribbles, offensive duels, attacking actions, and touches inside the opposition’s penalty box.