Chelsea are interested in signing Leeds United winger Raphinha in the summer. The Brazilian is the top performer for Marcelo Bielsa’s men this season and is gaining the interest of other English Premier League teams. Hakim Ziyech is also on the radar of other European clubs, and the Moroccan international could be on the move. According to news reports, the Blues will go in for a winger in the summer.

Raphinha is into his second season in the Premier League. The winger has scored eight goals, and three were scored from the penalty spot. The xG rate of the player is 6.01, and he has been a threat towards the opposition goal. Raphinha also has two assists to his name with an expected assist rate of 4.86. 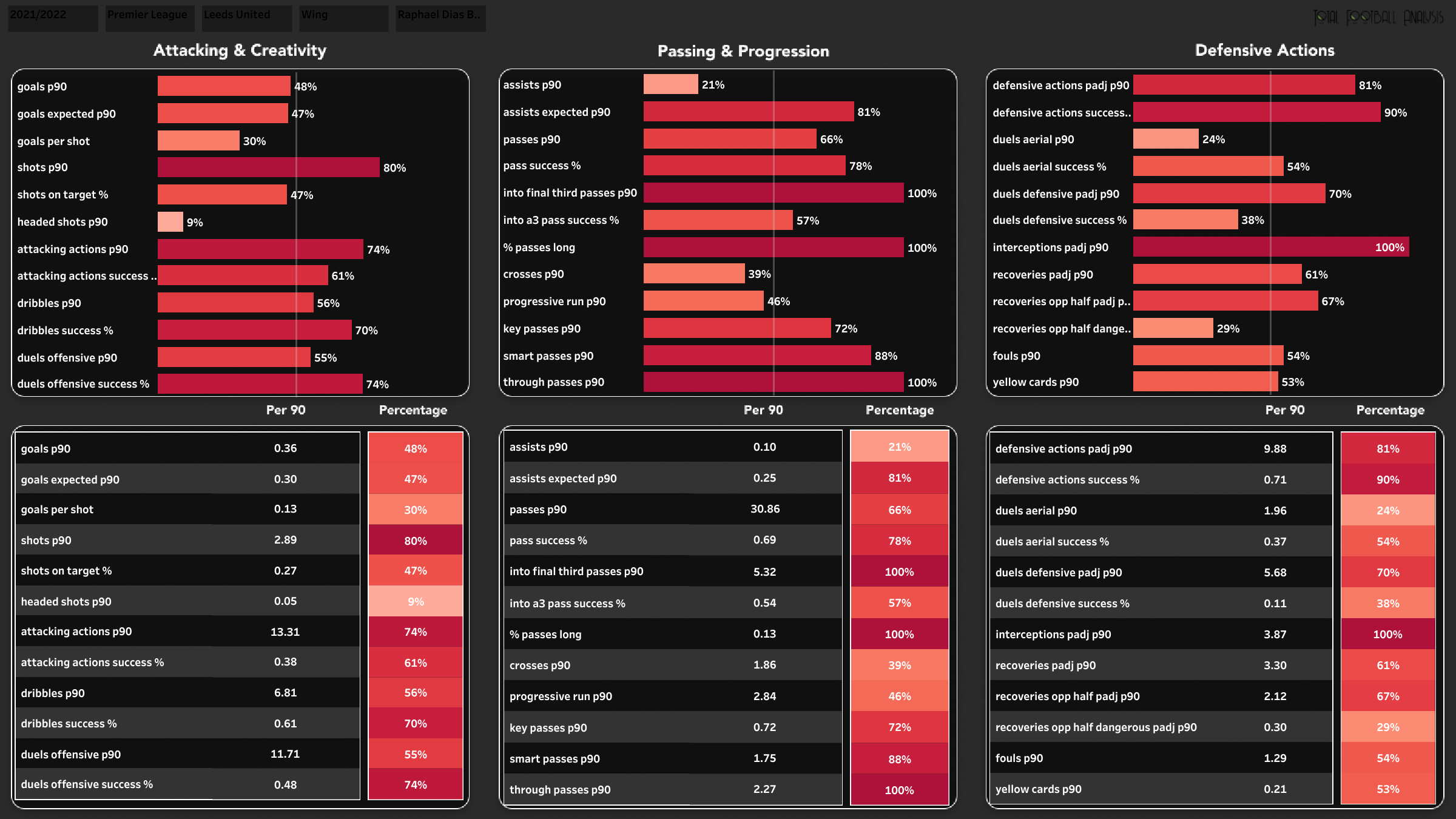 When looking at the above chart, the general rule is that the longer the bar, the better the performance—you can see the league average in the middle, and the % is the percentile rank the player is in. The above stats are in comparison to other wingers in the league. Raphinha is ranked highly in the passing and progression charts amongst other players in the league. He has attempted the highest number of passes and through passes in the final third. When looking at the defensive side, the Brazilian has made the most interceptions and has been involved in a lot of defensive actions. 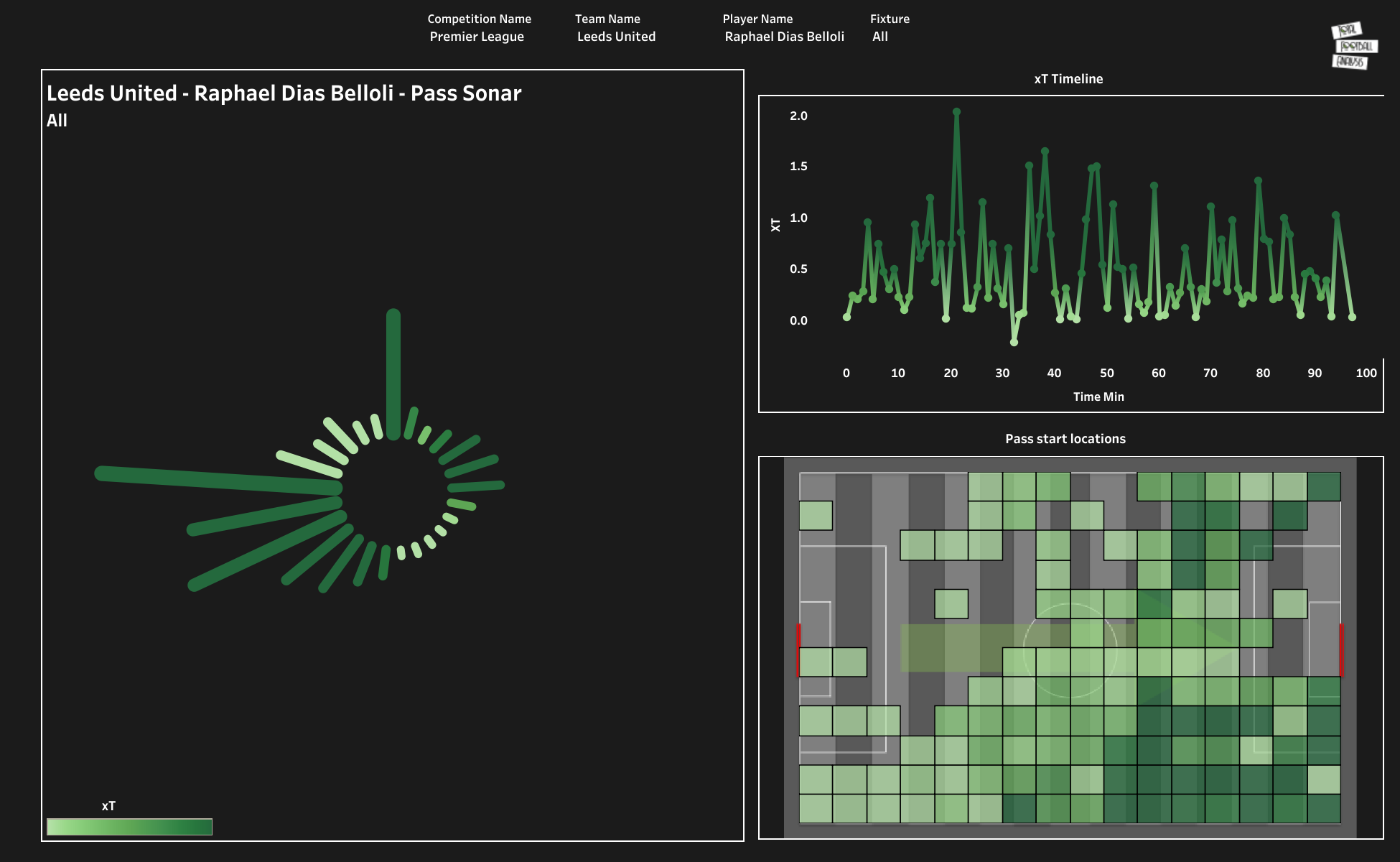 The above chart shows the pass starting location of the Brazilian. He features from the right and has created a lot of threats at every interval of the match. One thing that can be observed is that Raphinha has attempted passes from the defensive third. This also shows that the Brazilian has tracked back a lot and has helped his teammates in defense. 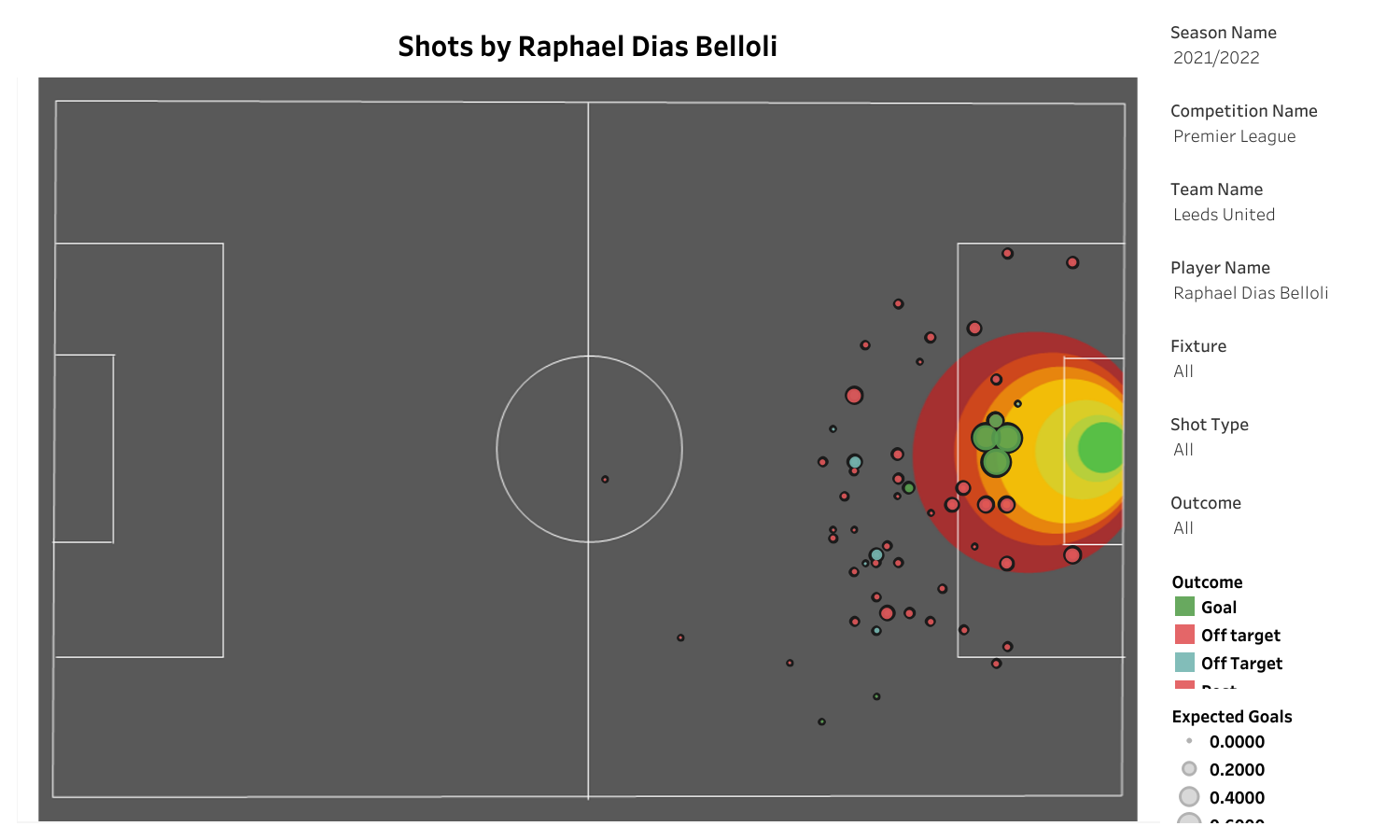 Raphinha has attempted 56 shots so far in the Premier League. He has managed to hit the target 15 times, with a shot accuracy rate of 26.78. He has scored five goals from inside the opposition’s penalty box and three from outside the box. Raphinha has attempted a lot of shots from outside the opposition’s penalty box as he likes to cut inside and have a go towards the goal. He has attempted the most shots, six, against Chelsea this season and scored a goal.

The Blues will try to bring in more players in the summer after a few of their signings have failed to make an impact in the English Premier League. A lot of Chelsea players have failed to find consistency this season, and Tuchel will look to change some players in the attack. Raphinha could save a lot of money for the Blues, and his performances for Leeds United make him one of the hottest properties in the summer.