Raheem Sterling is likely to leave English Premier League side Manchester City following the signing of players like Erling Haaland. The English international was not a regular under Pep Guardiola last season and came off the bench in most of the matches. Now, the 27-year-old is looking for more game-time and a few clubs are interested in buying the player. One of the clubs after him is Chelsea. The Blues are themselves letting some players leave and are looking for new players under the new ownership. Sterling has already established his name in English football and was a former Liverpool player. He has been a regular for City in the Premier League and UEFA Champions League in recent years. 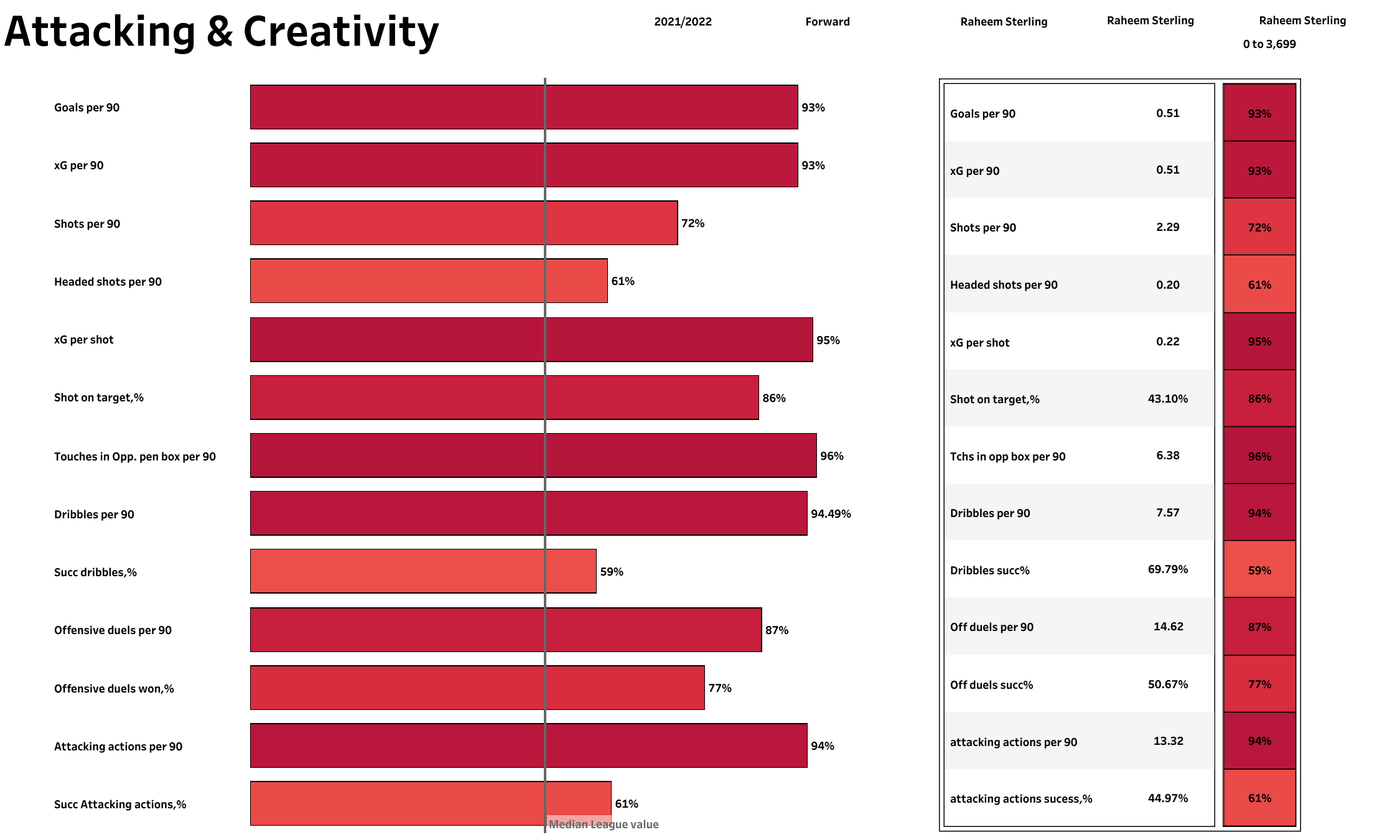 The above viz shows the attacking stats of a player in the English Premier League. When looking at the above chart, the general rule is that the longer the bar, the better the performance — you can see the league average in the middle, and the % is the percentile rank the player is in. It can be observed that the player had a very high percentile rank when compared to other forward players in the league. The player often penetrated the opposition’s penalty box and took more than six touches per 90 minutes. Sterling is a pacey wide attacker and has shown some skills on the ball in the recent past. He averaged 7.57 dribbles per 90 minutes and had a success rate of 69.79%. Overall, the player remained a threat to the opposition goal. 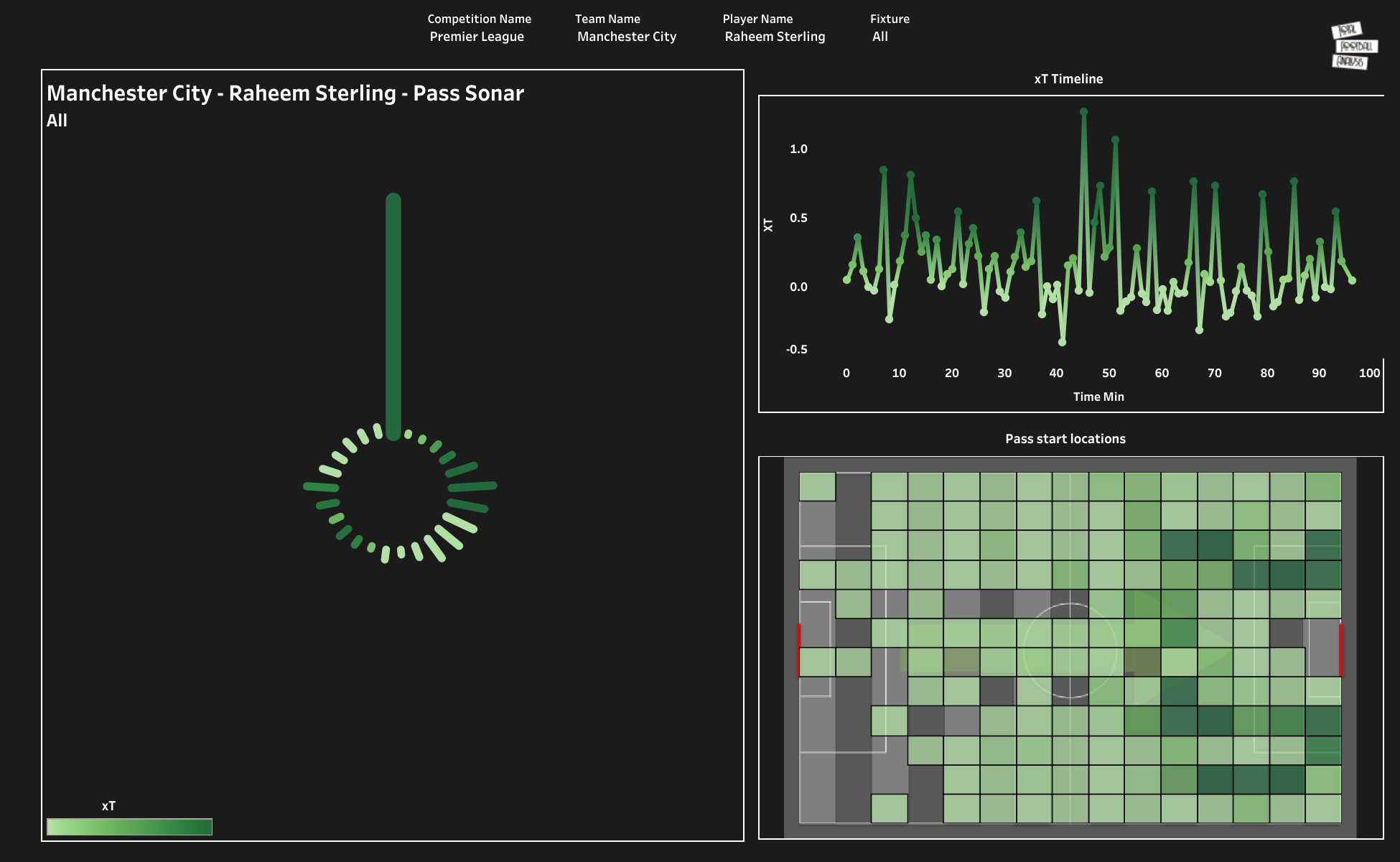 Last season, Sterling operated on both sides for Manchester City and showed his versatility on the pitch. He can also feature as a striker for any side he is playing for. The above viz shows the pass start location and the threat created from passes at different time intervals. It can be observed that the player attempted a lot of passes by beating the opposition defender with his skills and getting inside the opposition’s penalty box to attempt passes into the 6-yard box or 18-yard box. 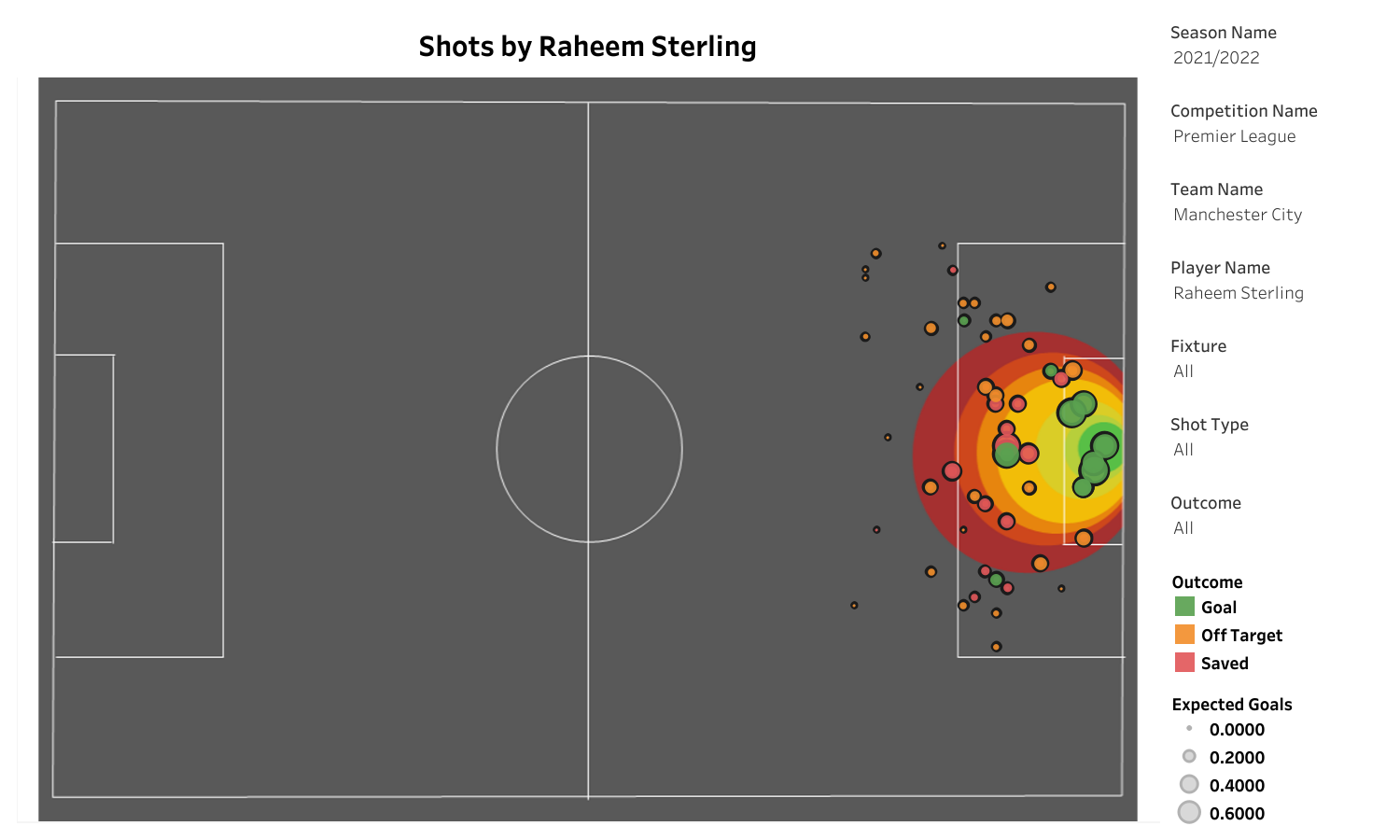 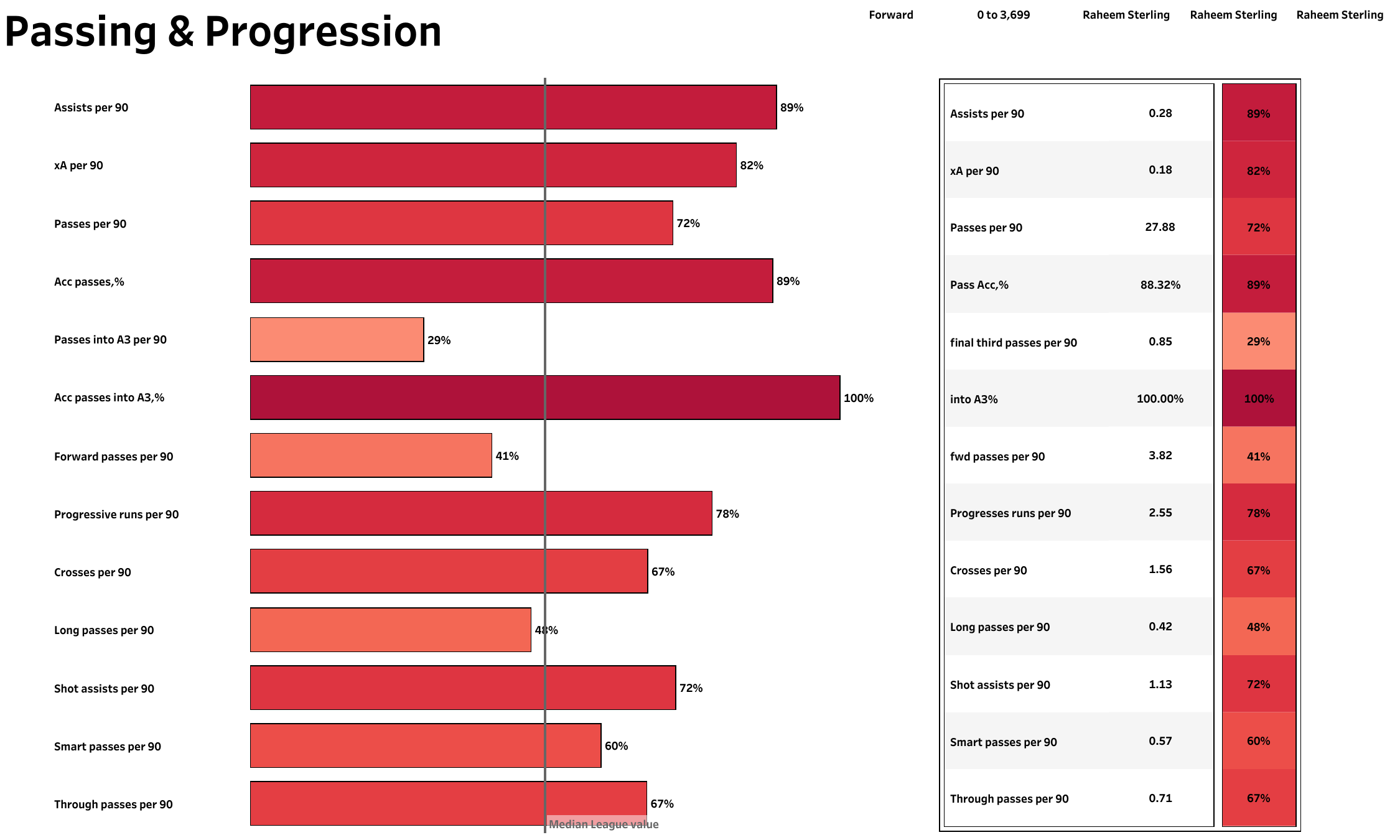 Raheem Sterling was also impressive in Manchester City’s run to the semi-final stage of the UEFA Champions League. The above viz shows his passing skills in comparison to the other forwards in the UEFA Champions League. He provided two assists and had a high passing accuracy rate. The forward averaged 0.85 passes into the final third per 90 minutes and was successful in delivering every pass. Sterling also attempted 15 shots but had an accuracy rate of 40%. He scored a goal from outside the box in one of the matches, and the other two goals were scored from inside the opposition’s 6-yard box.

The English international is an attacking threat and can create chances for his teammates. The player could be a great addition to Thomas Tuchel’s side. He has a lot of experience playing at the top level and can supply regular goals. Chelsea will look to beat other teams for his signature.