Chelsea are likely to offload their Moroccan winger, Hakim Ziyech after the player failed to cement a regular place in Thomas Tuchel’s side. It also seems like Ziyech is not in the plans of the German manager and is also considering a move away from the Bridge. Chelsea are looking for his replacement and have some names on their wishlist. One of the players that have emerged as one of their primary targets is Leeds United winger, Raphinha. Since joining the English Premier League club in 2020, the Brazilian has made a name for himself. He is also on the wishlist of Barcelona and Liverpool.

Raphinha made 35 appearances in the English Premier League in the 2021/22 season. He scored 11 goals, and four came off the penalty spot. The player even assisted three times in the season. His goals played a crucial part in his team’s survival in the Premier League. 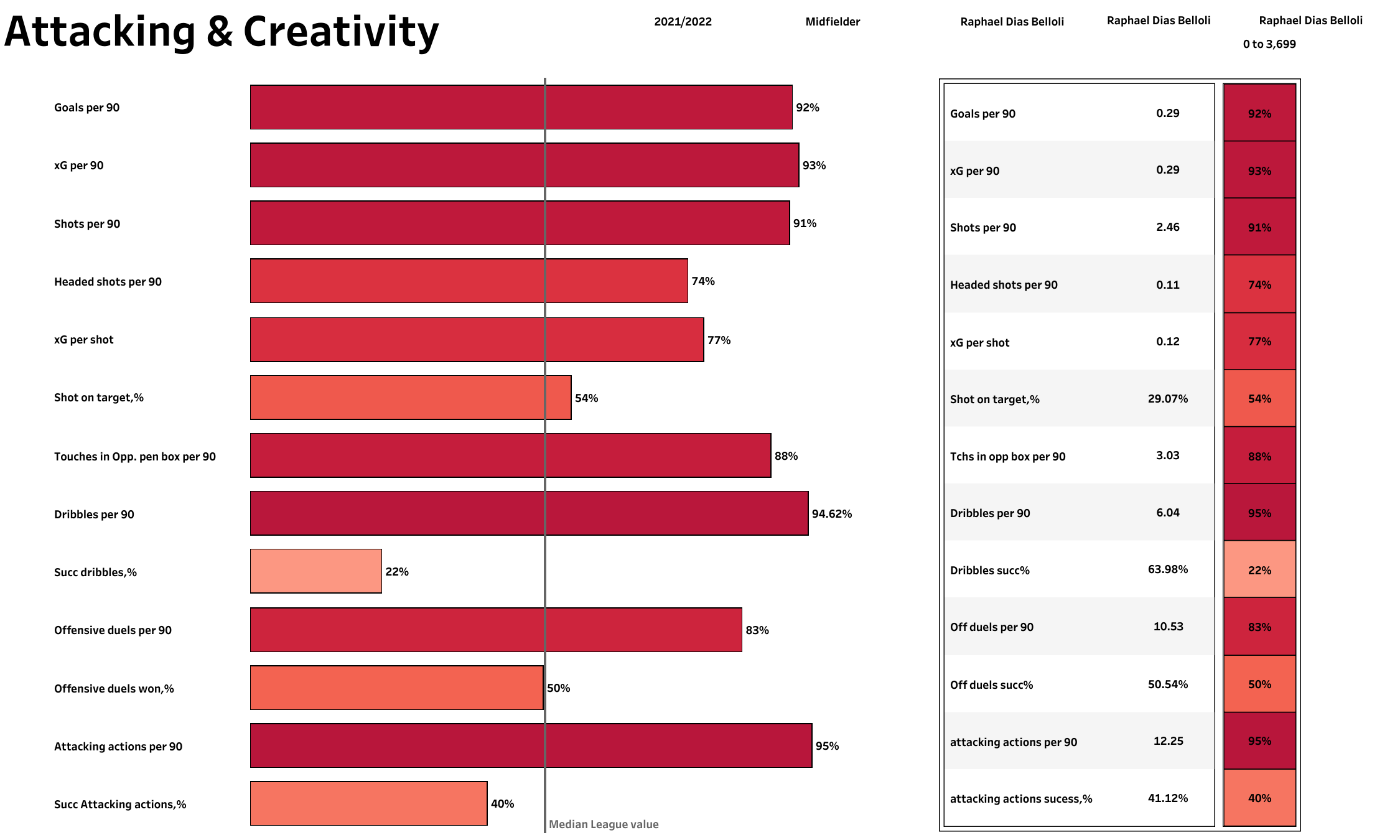 When looking at the above chart, the general rule is that the longer the bar, the better the performance — you can see the league average in the middle, and the % is the percentile rank the player is in. The above-mentioned stats compare Raphinha’s stats with those of other midfielders in the league. He was one of the highest goalscorers amongst other midfielders in the league. He averaged more than two shots per 90 minutes with a 29% shot accuracy rate. Raphinha is one of the most talented players with the ball at his feet in the English Premier League. He attempted six dribbles per 90 minutes with a 63% success rate. He was involved in more than 12 attacking actions and had a 41% success rate. Overall, the player was one of the best performing players in the league. 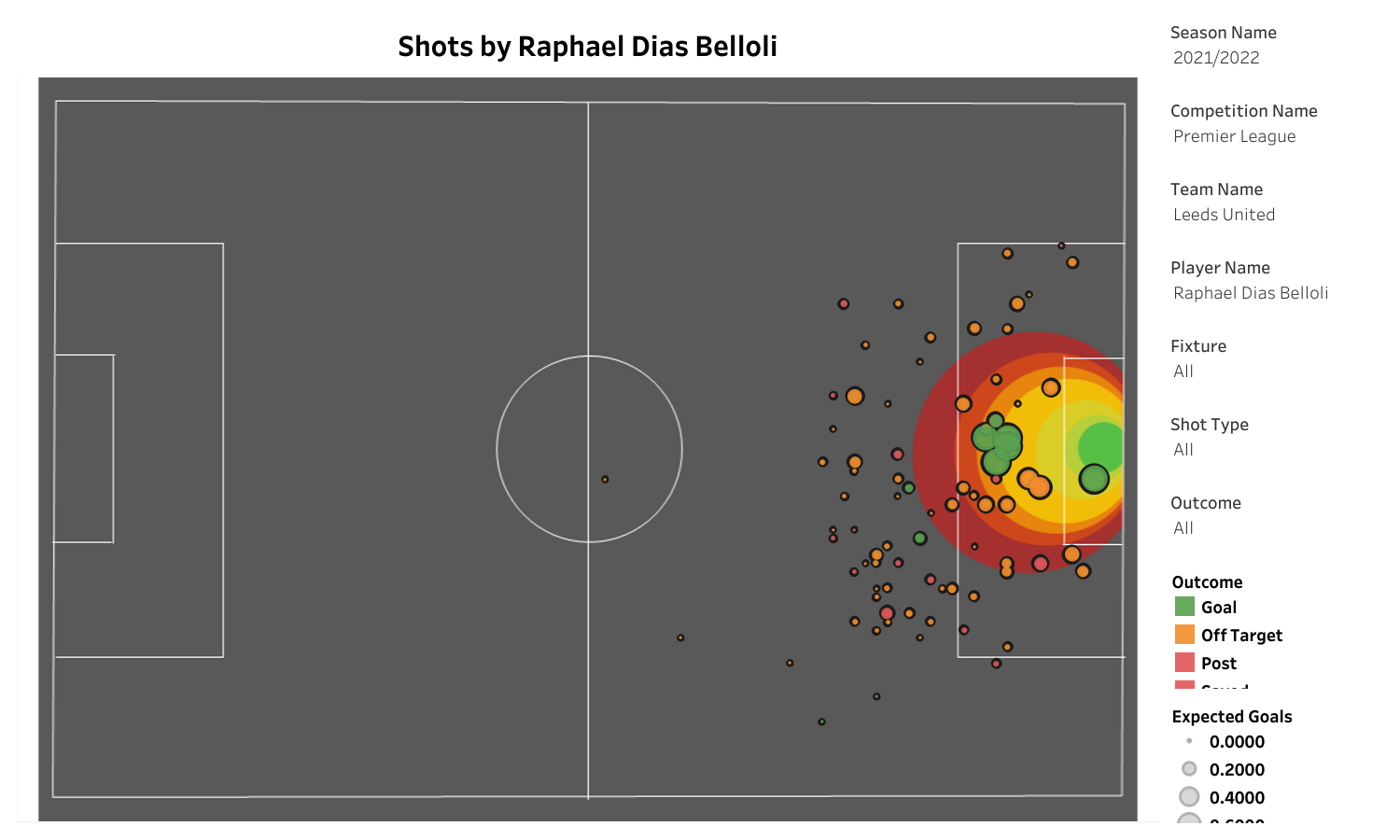 Raphinha likes to cut inside from the right side and attempt his shots. Some of the goals have been scored from the centre and a few from his favoured right side. He was ineffective with shots attempted from the left side of the attack. Overall, he attempted 86 shots in the season. 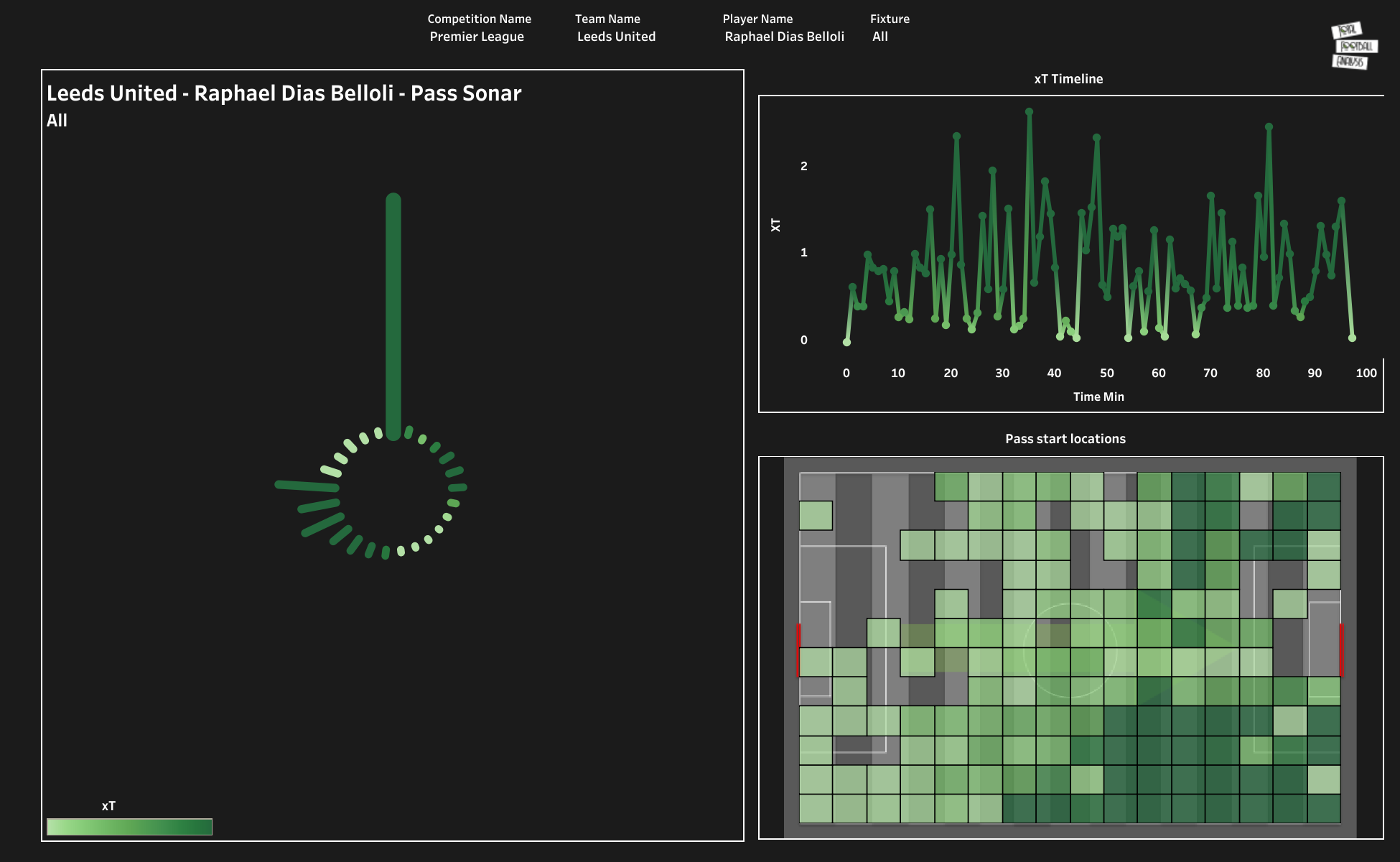 The above viz shows the pass start location as well as the threat created from passes at different intervals. Raphinha was the set-piece specialist for Leeds United and attempted passes from every corner of the pitch. Raphinha takes time to settle, but once he gets on the ball, he is a constant threat. He averaged 30.9 passes per 90 minutes with a 69% accuracy rate. He attempted 2.23 crosses, 1.52 smart passes, and 2.09 through passes per 90 minutes.

Raphinha could be a valuable addition to Thomas Tuchel’s side. He can attack and create chances for his team. The player also tracked back and tried to win the ball for his side. Chelsea will look to acquire his services before the other clubs do, at a higher price.