Romelu Lukaku returned to the English Premier League after a big-money move from Inter Milan to Chelsea. The forward joined Inter Milan from Manchester United in 2019 and won the Serie A title last season. He had already spent a few seasons in the Premier League and returned to his old club to add more goals and silverware to his tally. However, things have not gone the same way that he wanted, and the forward has struggled for game time and is yet to get into double figures for scoring goals in the league. Thomas Tuchel has dropped the striker in recent matches, and German international, Kai Havertz, has deputized in his place. With Kai Havertz in good form, the manager is unlikely to make a lot of changes, meaning that Romelu Lukaku might look for a transfer to other clubs to get more game time. 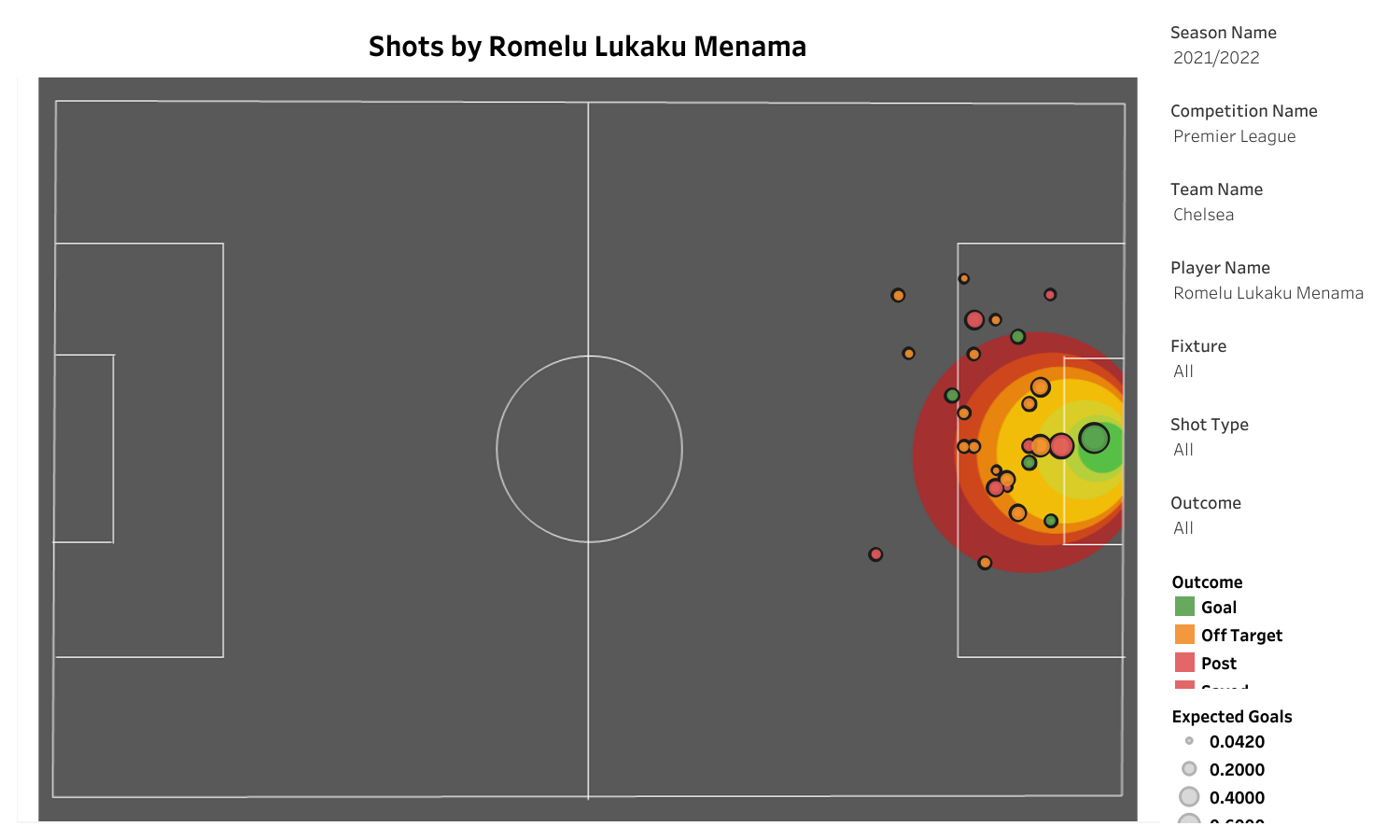 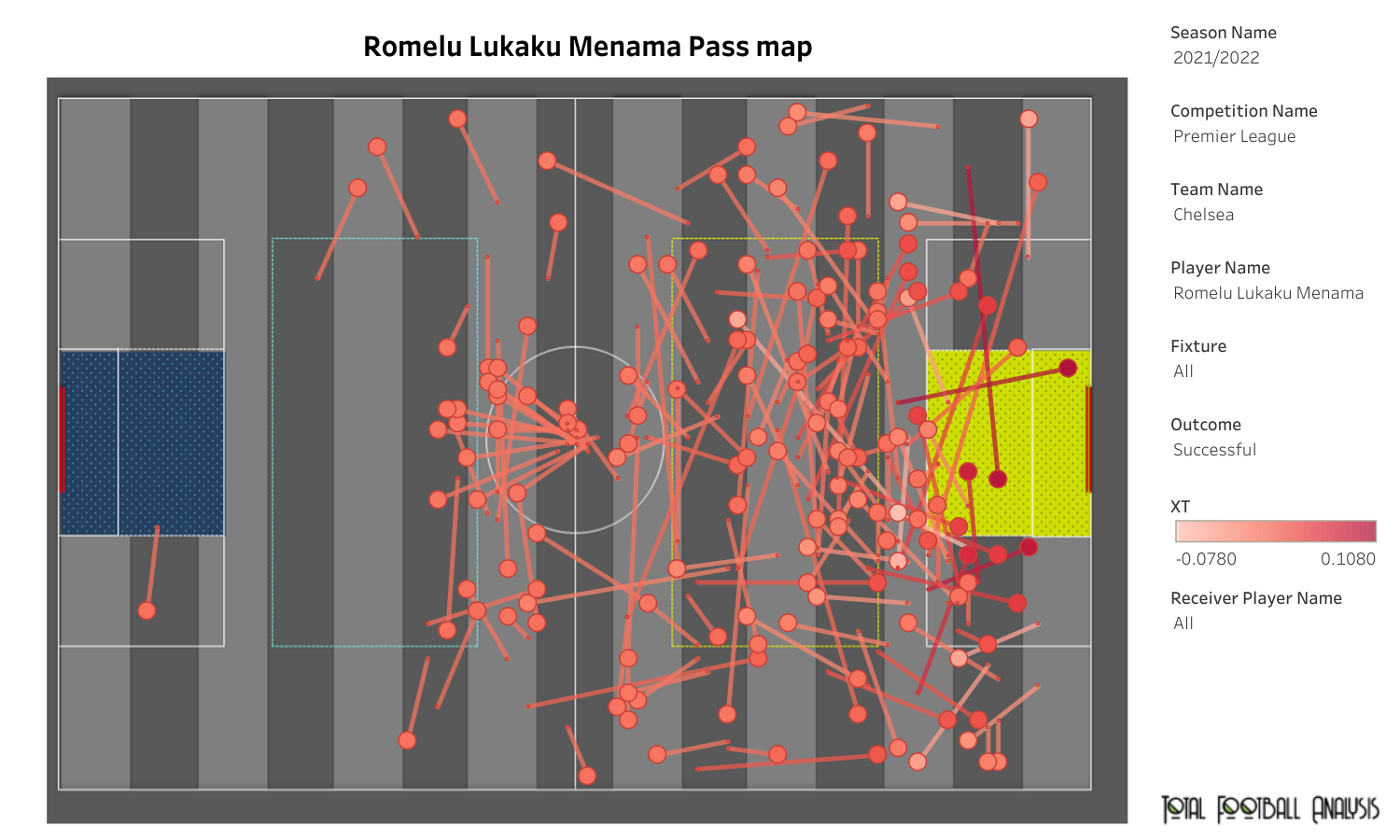 Lukaku’s passing has not been that effective this season, but the player has successfully delivered some passes into the opposition’s penalty box. The Belgian has attempted 207 passes, and 19 of them have successfully landed inside the opposition’s penalty box. The 207 passes attempted by him include five crosses, eight smart passes, and six through passes. His overall xA rate has been 1.26. 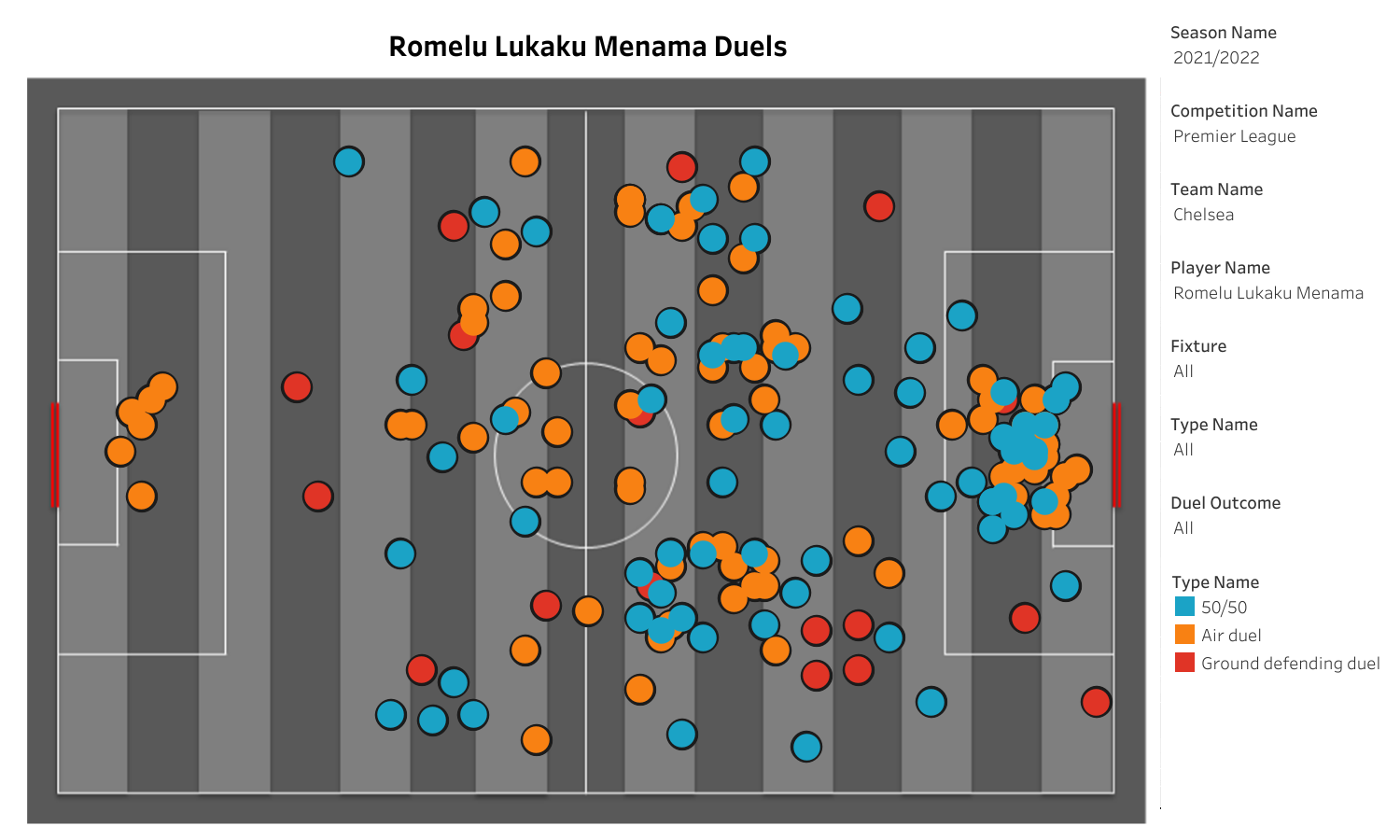 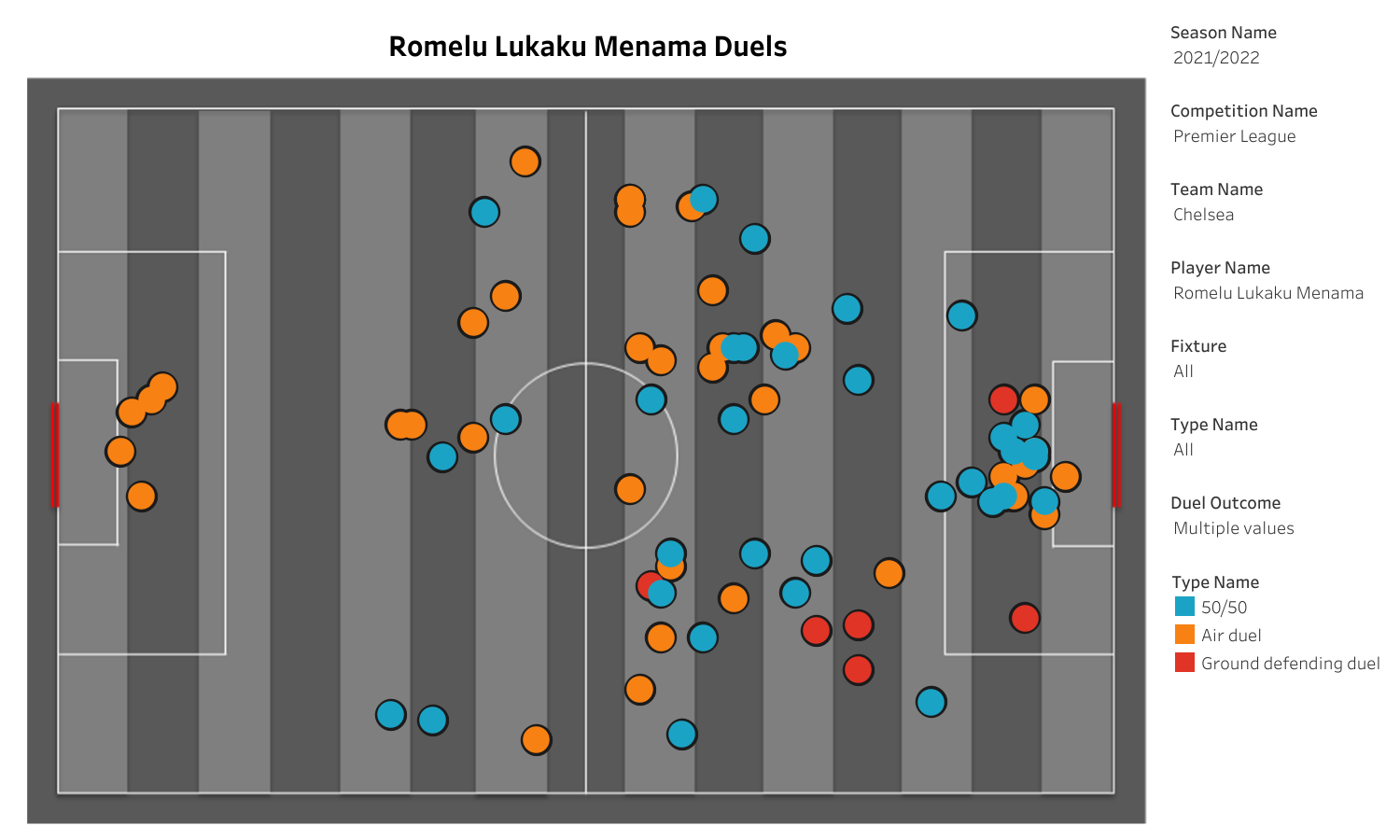 The above viz shows all the duels that were won by the striker this season. When we compare the above two visuals, we find that he has won very few duels this season. The striker has failed to win most of the loose ball duels, and this has created less pressure on the opposition. He has contributed a bit defensively and won a few aerial duels inside his box.

Romelu Lukaku’s struggle in front of the goal has been the main reason why the manager has dropped him to the bench in recent matches. He is yet to find his form this season, and this has been a big concern for the Blues. The player will also look for a move away from the bridge and could return to Inter Milan.