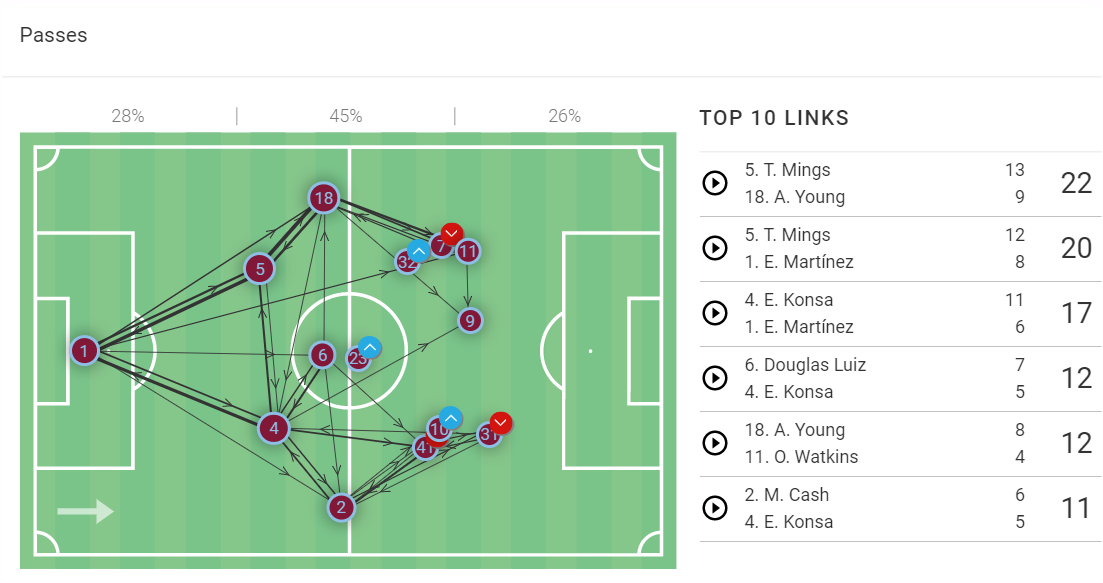 Aston Villa players tried to create passing channels on the flanks. Douglas Luiz was the only player whose average position was right in the middle of the field. The rest of the players stayed wide and tried to build their play from the flanks. Overall, the team attempted 349 passes with an 80.52% passing accuracy rate.