The English Premier League team Chelsea are short of full-back and wing-back options after Ben Chilwell and Reece James got injured. James is expected to return in February, whereas Chilwell will miss the rest of the season. The Blues were trying to recall Emerson from loan, but Lyon rejected their proposal. Tuchel is left with Marcos Alonso and Cesar Azpilicueta, along with one of the young attacking players who has played out of position in some of the matches. He is Callum Hudson-Odoi, who plays as a left forward but has shown versatility this season. 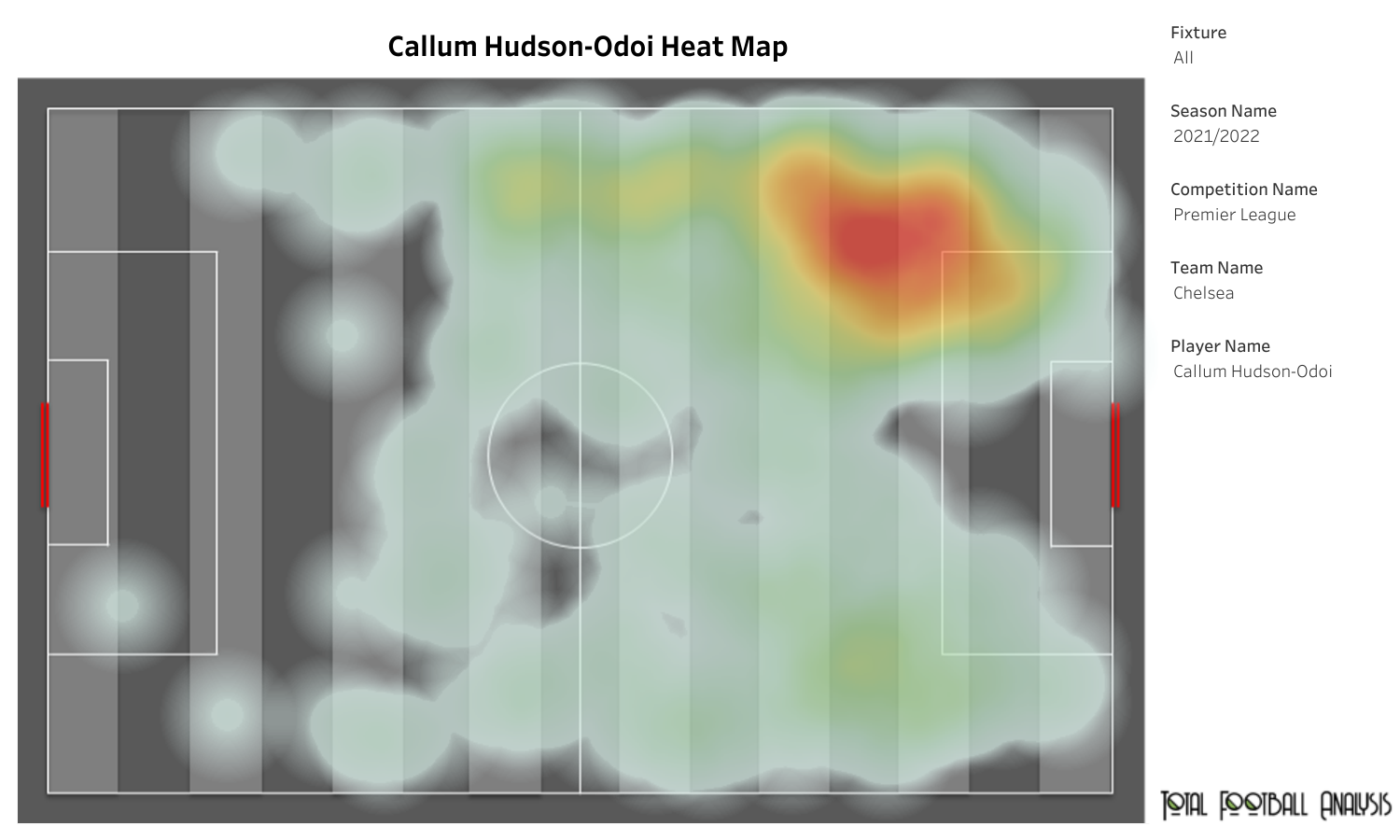 The Englishman has featured in 15 games for the Blues and started in 11 of them. He has mostly featured from his favored left hand, but the manager has used him on both sides of the pitch. Hudson-Odoi has played in the left wing-back, right wing-back, and left forward positions. He has taken 53 touches inside the opposition’s penalty box. 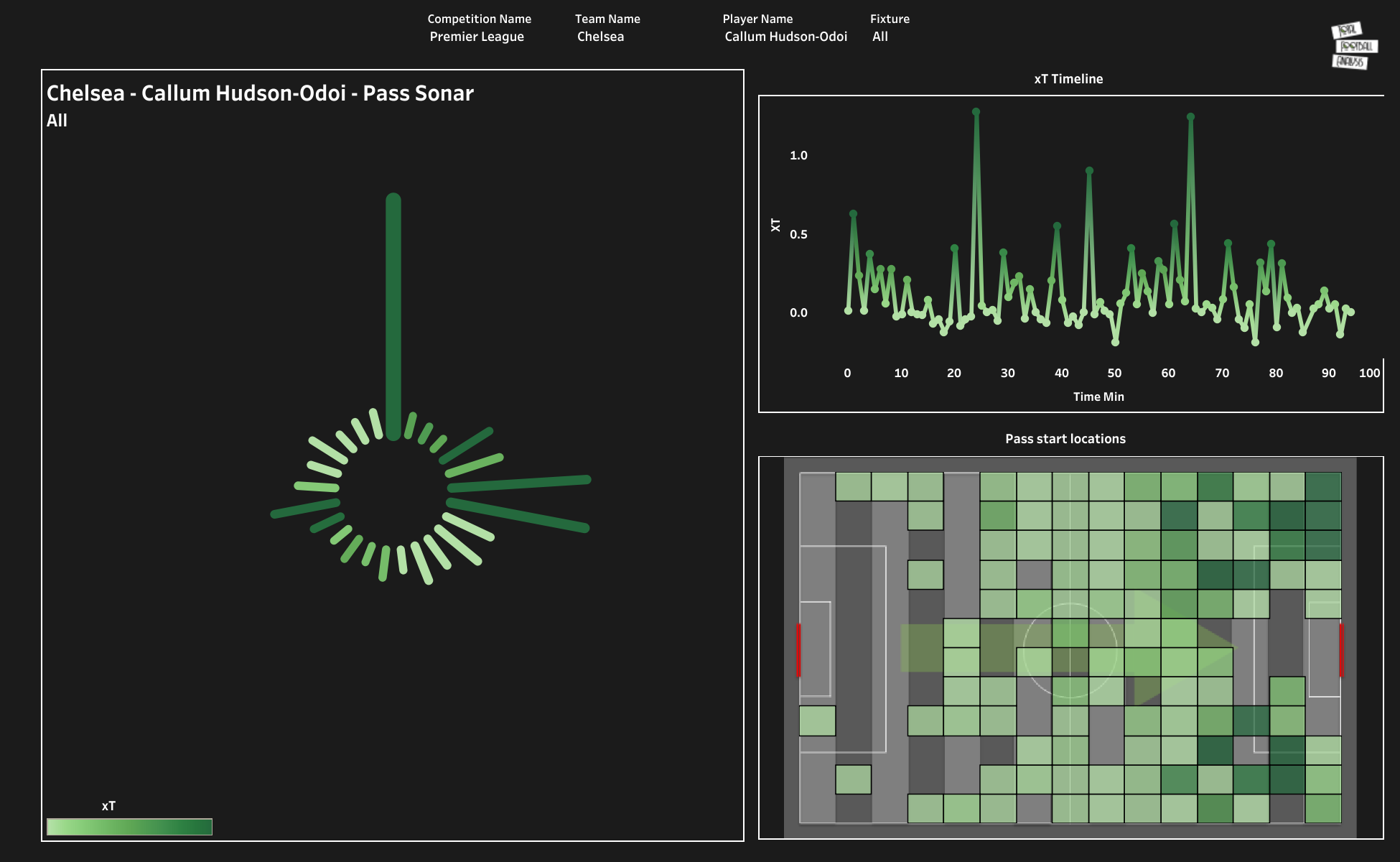 The above viz shows the pass starting location of the player and the threats created by him. Most of the passes attempted by him have been made from inside the opposition’s final third. He has made full use of the pitch on the left side. His passing has been effective in the middle phase of the match and has created a lot of threats towards the end of the first half and the start of the second half. The player has two assists to his name with an expected assist rate of 2.46. His passing includes 33 crosses, seven smart passes and five through passes. 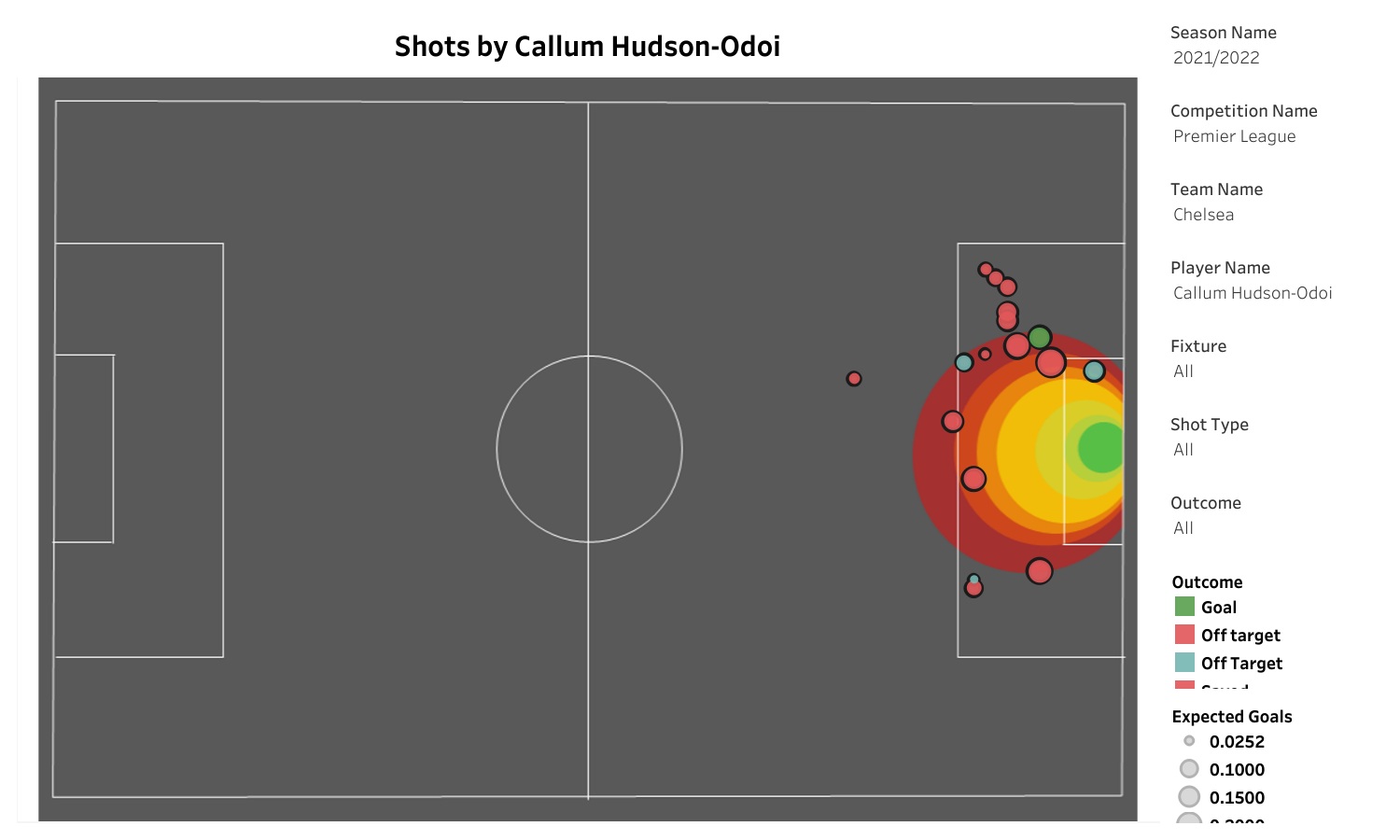 The forward has scored one goal so far and has an xG of 2.16. He attempted 17 shots and managed to hit the target eight times. From the shot map, we can observe that he tries to cut inside the box from the left side and has attempted most of his shots from that particular side. 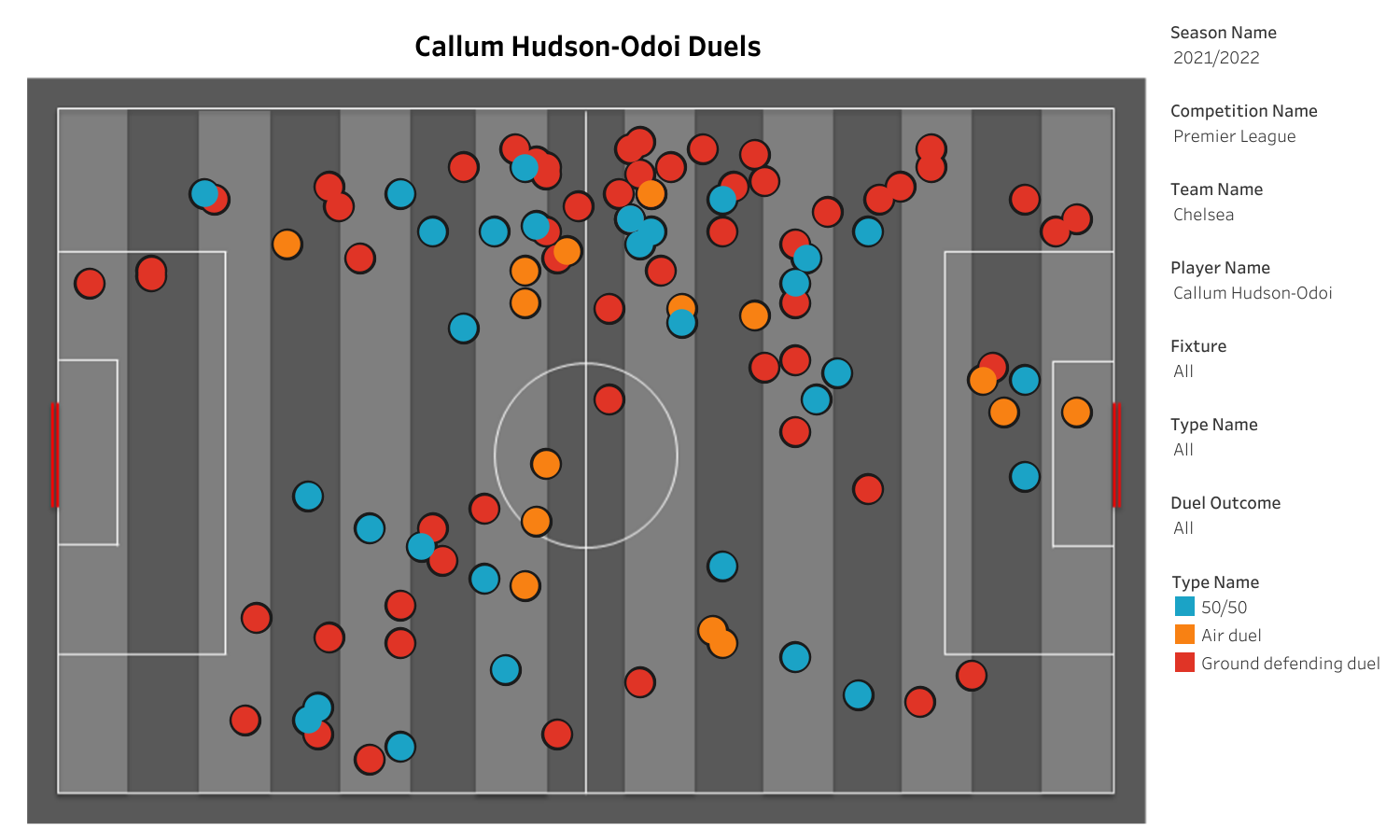 Callum Hudson-Odoi has not only made attacking contributions, but he has also been involved in a lot of defensive actions this season. Most of the duels have been grounded in defensive duels and are towards the left side. He has contested 15 aerial duels and 30 loose ball duels. Most of the duels have been contested in the middle third. The Englishman has also made 20 interceptions in the season so far.

The 21-year-old forward is flexible with his positioning on the pitch. The above stats show that he is involved in a lot of attacks and has contested a lot of duels. Thomas Tuchel has used him in the wing-back position whenever he is short of options. The manager will look to use him more in that position until Reece James returns to the team.