Chelsea are the latest team to show their interest in Barcelona midfielder Frenkie de Jong. The Spanish club have plenty of options in the midfield and are looking to make some money by selling their Dutch international player. Chelsea also need to boost their midfield if they want to win silverware next season. They were unable to sign Aurélien Tchouameni from Monaco and now have set their sights on the 25-year-old midfielder. Previously, Manchester United were after de Jong, but the midfielder was against the move as he was opting to play for a club in the UEFA Champions League. Chelsea have emerged as one of the favourites to land the midfielder. Some of the stats from last season show why the Blues have shown their interest in de Jong. 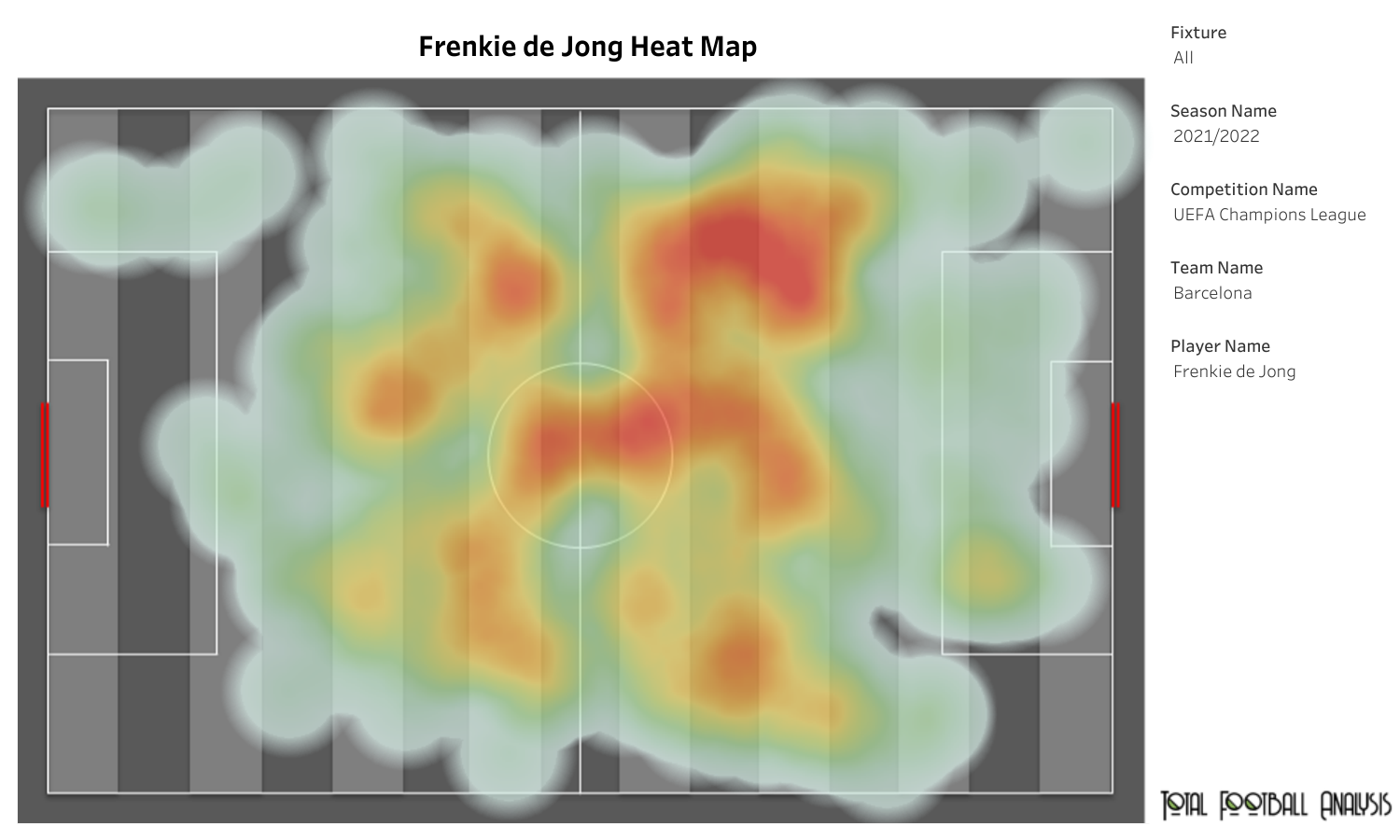 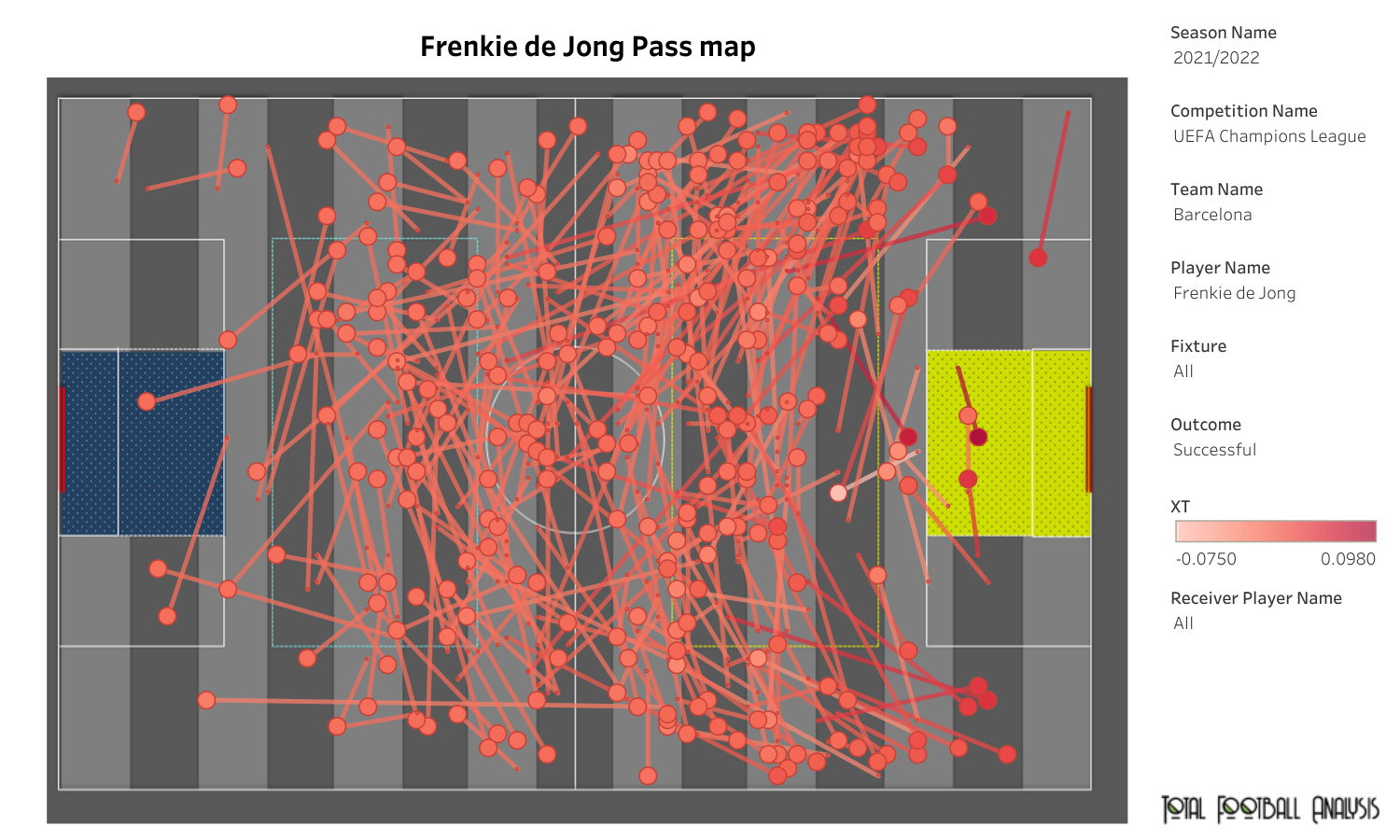 De Jong likes to keep the ball and carries it into the opposition’s half and other dangerous areas. He averaged 53.35 passes per 90 minutes in the UEFA Champions League with a high accuracy rate of 90.8%. The above viz shows all the passes that de Jong successfully delivered. He averaged 7.4 passes into the attacking third per 90 minutes with a high accuracy rate of 86.67%. Most of the passes were directed towards Sergio Busquets, followed by Jordi Alba and Memphis Depay. De Jong supplied the ball to the flanks and opened the play. 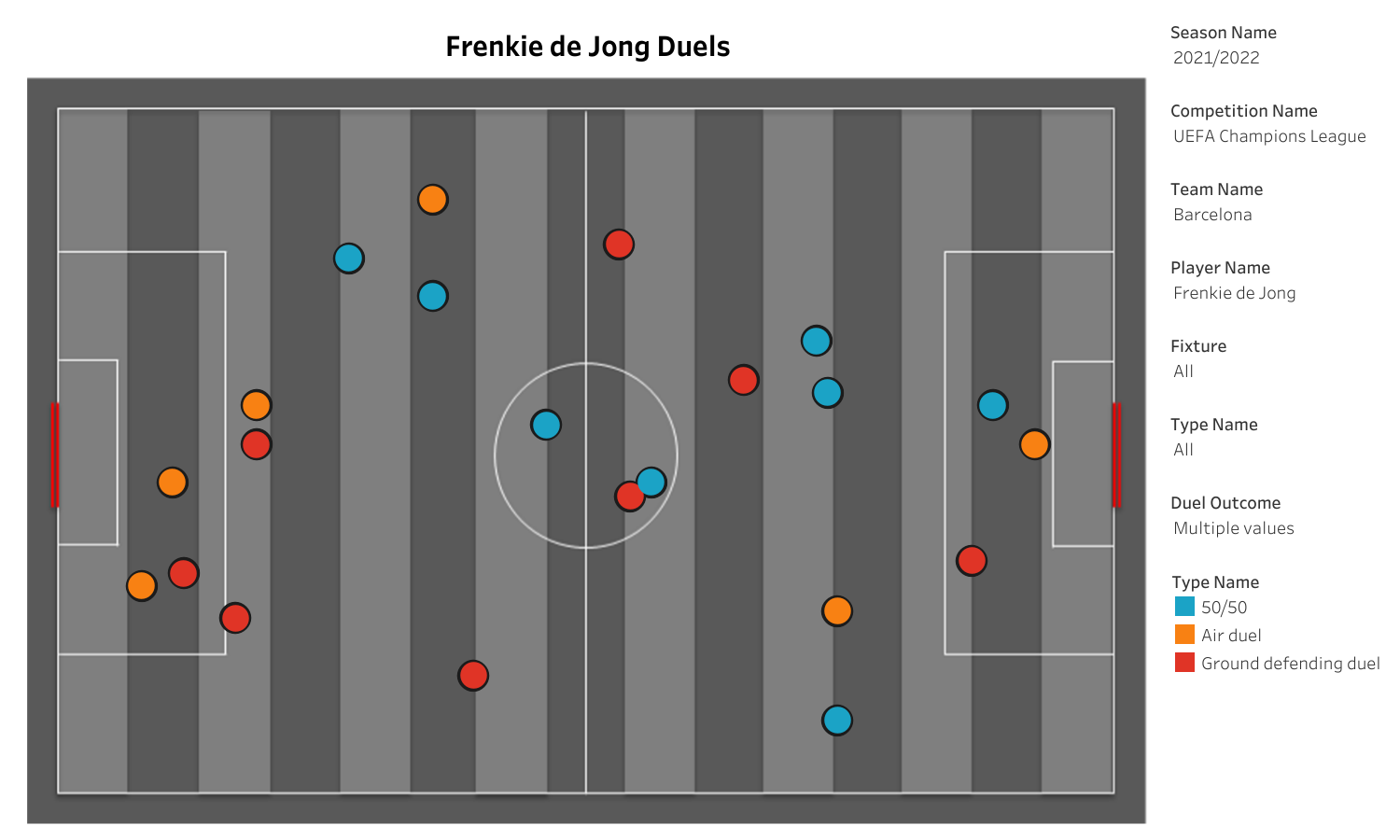 The midfielder won a few duels for his team. The above viz shows that these duels were won in different areas. He also made ten interceptions and 27 recoveries. De Jong can contribute to the attacking as well as the defensive side of his team.

Frenkie de Jong is likely to make a move away from Barcelona. Chelsea would make an offer for the midfielder. He is highly rated and could prove his worth by helping his new side to secure trophies. Barcelona require funds, and de Jong is the only player who can provide them with a lot of it.