Chelsea had a tough run of games in January as they faced Liverpool, Manchester City, Brighton, and Tottenham Hotspur in the English Premier League. The Blues only managed to take five points from four games and are now ten points behind the leaders. However, there was some positive news as some of the players showed their top form, and one of them was Hakim Ziyech. The Morrocan international missed the African Cup of Nations due to a falling out with the manager. His form was crucial for Chelsea, and he had some impressive performances on the pitch. 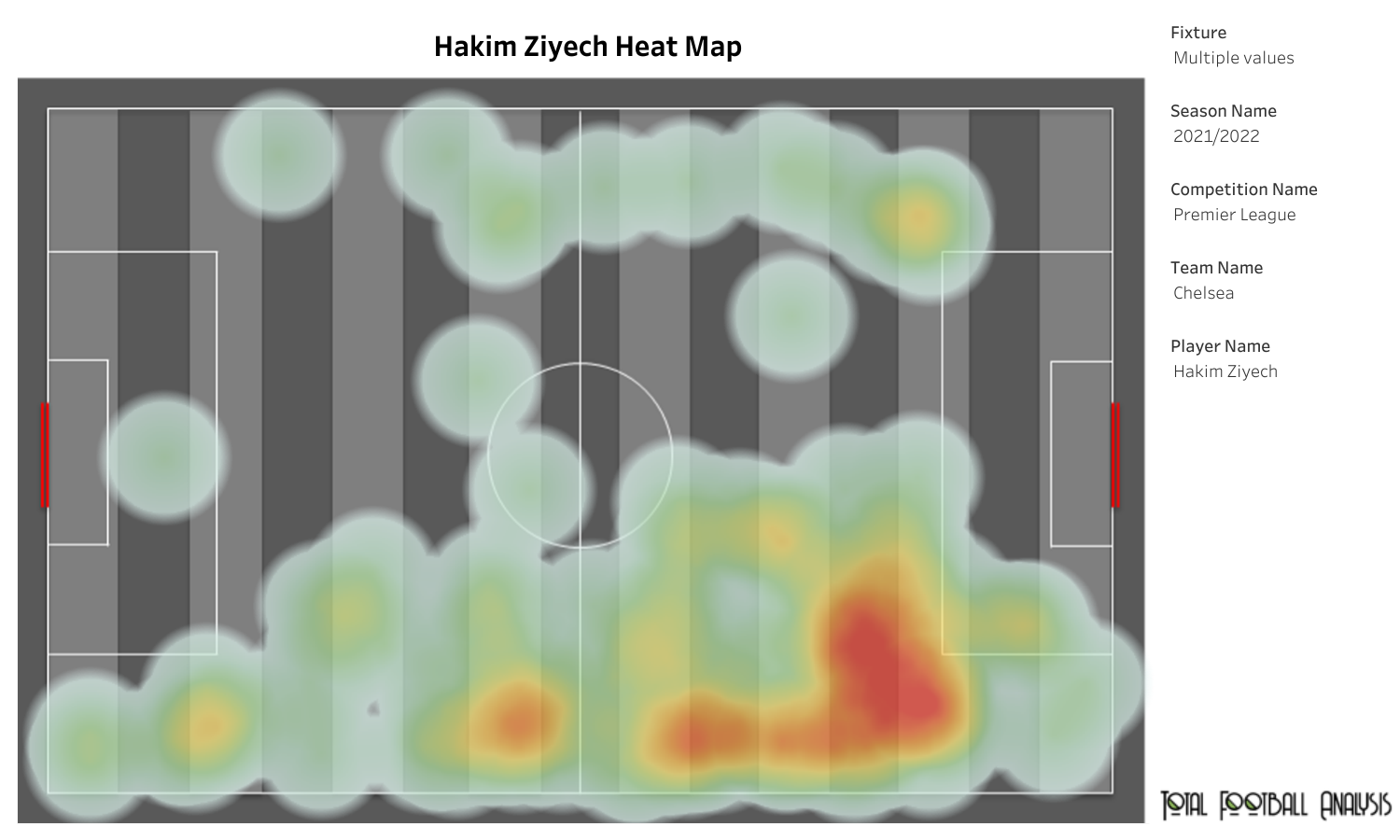 Hakim Ziyech featured against Manchester City, Brighton, and Spurs. The right forward scored a goal each against Spurs and Brighton. The heat map above shows that he featured from his favorite position and covered the right side of the pitch. He took six touches inside the opposition’s penalty box, and his average position was in the final third. 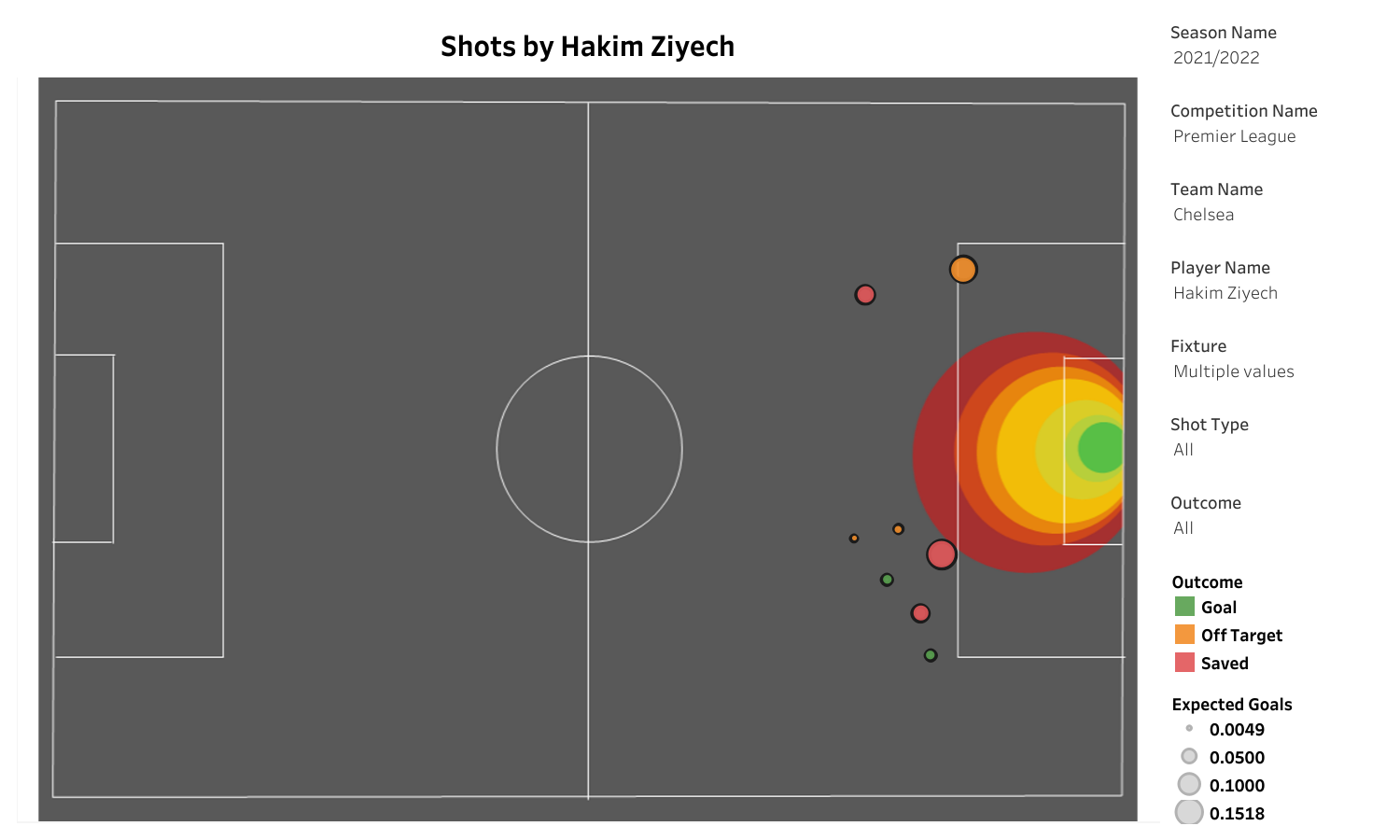 Hakim Ziyech likes to cut inside and attempt a few shots whenever he gets space in front of him. He has a high technical ability and has scored some long-range efforts in the past. He attempted eight shots and managed to hit the target five times. Five shots were attempted against the Spurs, with four on target. The Morrocan international attempted seven shots from outside the opposition’s penalty box and scored both goals from long-range efforts. The overall xG rate in these matches was 0.44. Ziyech has scored three goals this season, and two came in these three fixtures. This season, he has attempted most of the shots from outside the box. 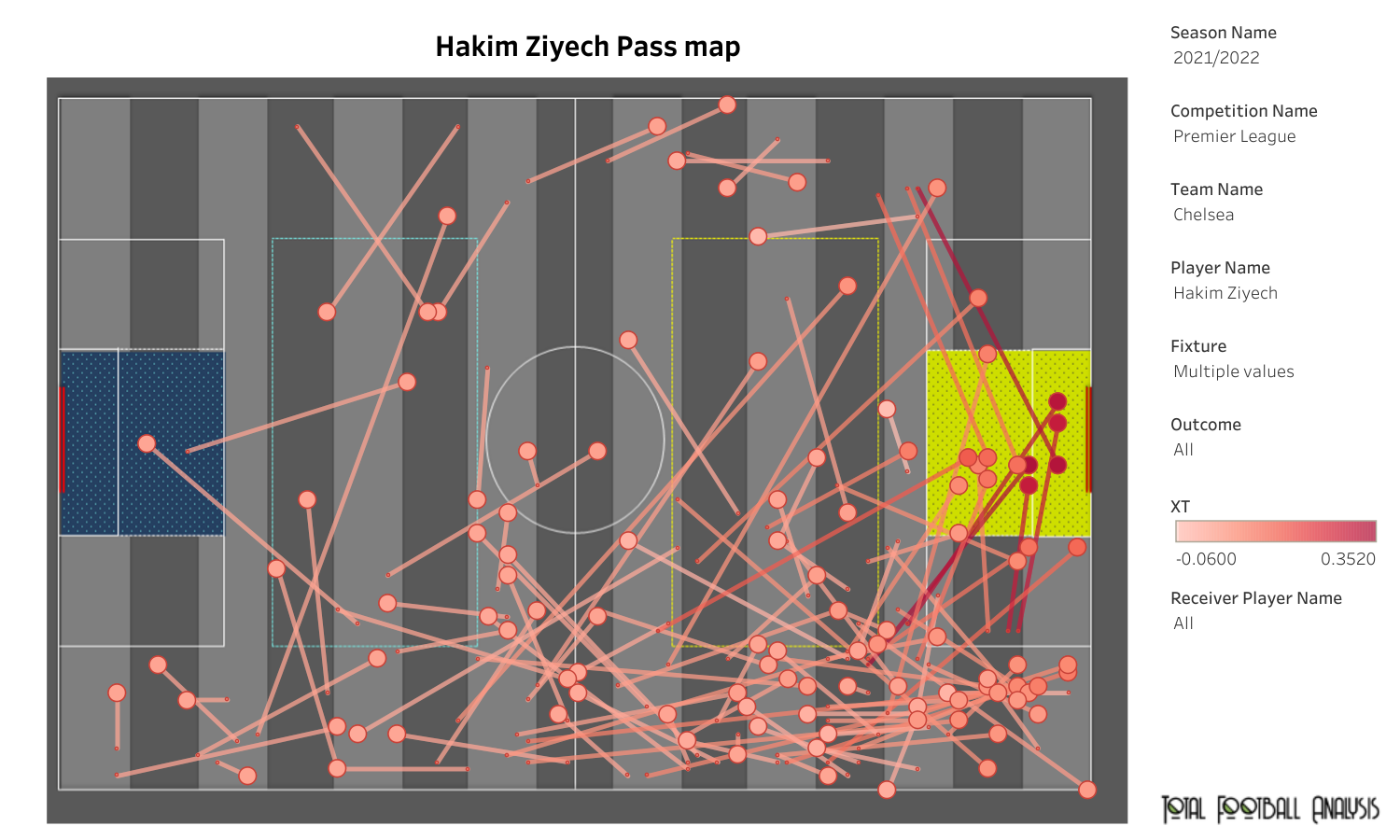 The 28-year-old forward is on the radar of other European clubs, especially Bayern Munich. He has returned to form, and Chelsea might not sell him that easily. The Blues are also short of wingers and have to fill the gap. Thomas Tuchel will demand more from the player as he possesses a great threat with his passing and goal-scoring ability. Hakim Ziyech made more contributions than other teammates in January and was the key man for Tuchel.