In week 34 of the English Premier League, Chelsea will host London rivals West Ham United. The Blues will look to return to winning ways after getting thrashed 2-4 at home by North London rivals Arsenal. On the other hand, West Ham United are unbeaten in their last three league matches and have a crucial UEFA Europa League semi-final first leg encounter in midweek. In the reverse fixture, David Moyes’ team made a comeback to take a 3-2 victory over Chelsea.

Chelsea have won 18, drawn eight, and lost five games this season. Thomas Tuchel’s men are on a poor run of form in the league lately and have lost two of the last three games they played. They have managed to score 66 goals with an xG rate of 54.3. In return, they have conceded 27 goals with the second-lowest xGA rate of 30.06.

When looking at the above chart, the general rule is that the longer the bar, the better the performance — you can see the league average in the middle, and the % is the percentile rank the player is in. The above viz shows that Chelsea players have a high percentile rank in comparison to the other teams in the league. The Blues have the best goals per shot ratio in the league and are ranked highly for attacking action success rate. Thomas Tuchel’s men also have a high passing accuracy rate and a high success rate for passes into the final third. 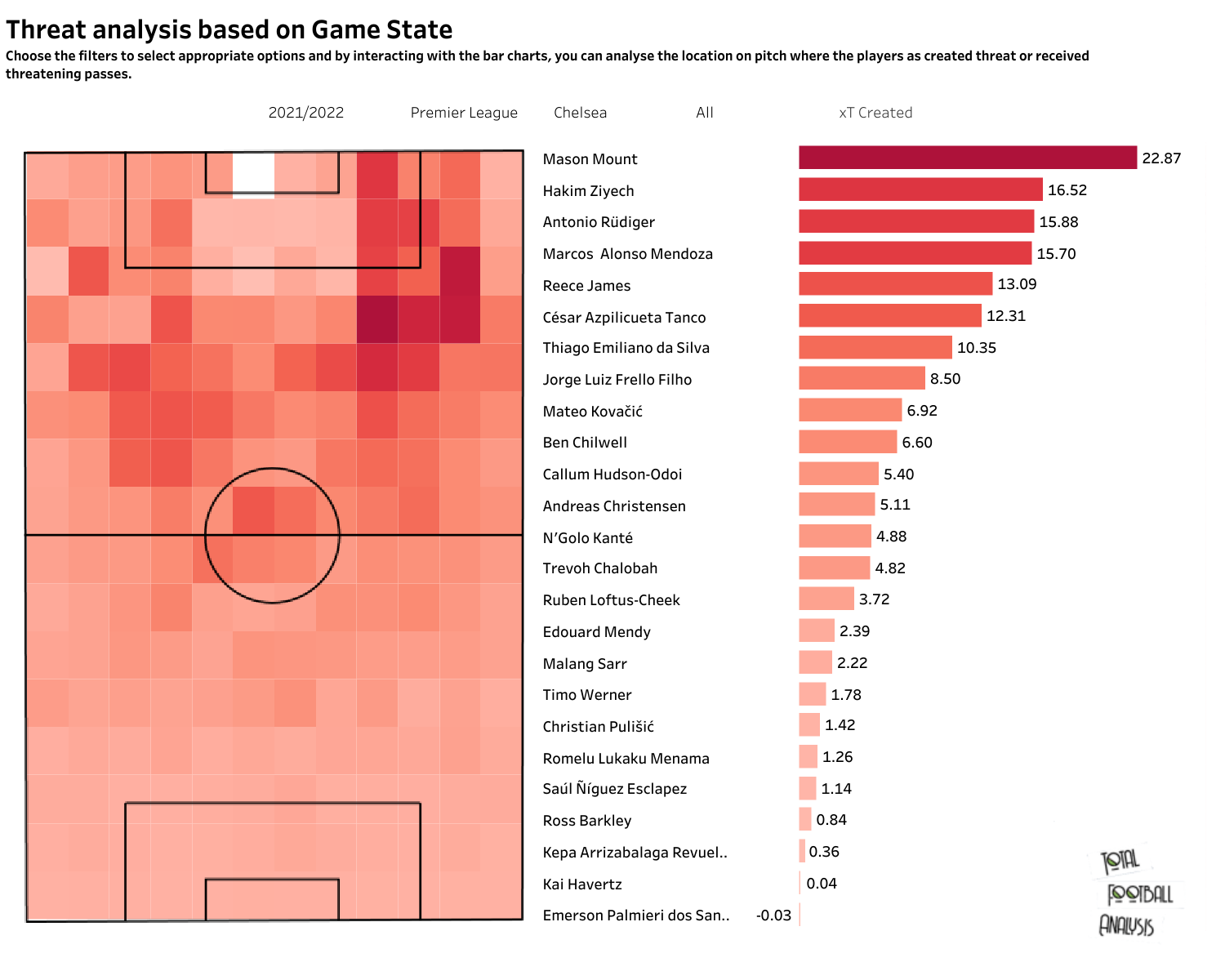 Chelsea will be without their star defender Antonio Rudiger and Croatian midfielder Mateo Kovacic for this game. The duo is set to miss the match due to groin and ankle injuries, respectively. The manager could make some changes to the starting XI after a poor display against Arsenal. Thiago Silva is expected to return to the heart of the defence, and Kai Havertz is expected to lead the line. 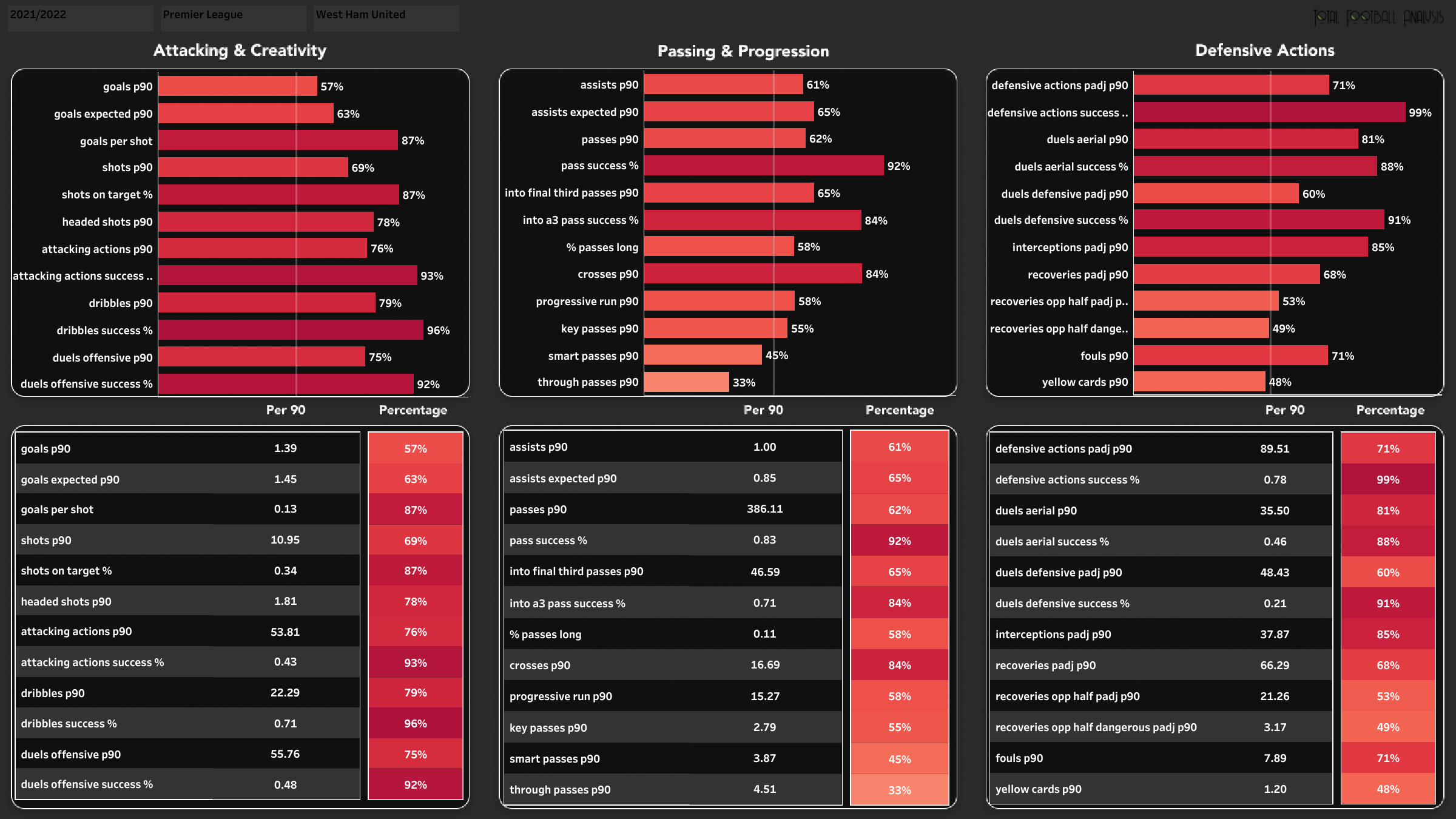 The Hammers are having a fine season in the English Premier League with 15 wins, seven draws, and five losses. They have netted 52 goals, with an xG rate of 52.1 and conceded 43 goals, with an xGA rate of 52.42. The above viz shows that West Ham United have a high percentile rank in attacking and creativity areas. In the passing and progression charts, the Hammers are ranked just above average. They have attempted very few key passes, both through passes and smart passes. Defensively, the Hammers’ recovery rate is low. 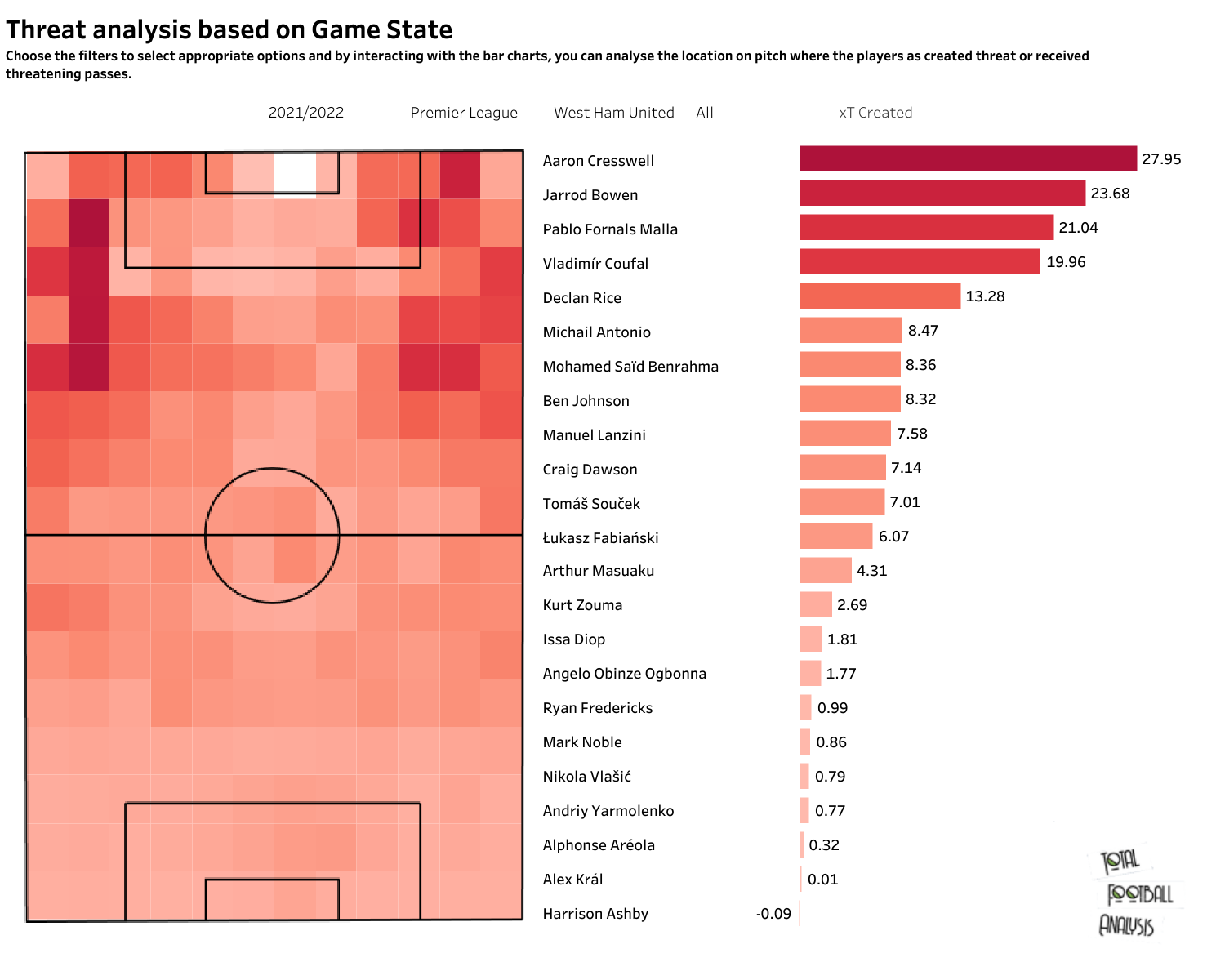 The Hammers have created threats from the left and right sides. Aaron Cresswell has created the greatest threat and is followed by Jarrod Bowen. David Moyes’ men have much wider threat zones than Chelsea.

West Ham United manager, David Moyes, has a lot of injury concerns within his team. Craig Dawson is the only fit centre-back, and the rest of the centre-backs are sidelined due to injury. This means that either Declan Rice will drop into the defence or Aaron Cresswell will play as the other centre-back.

Chelsea will face a tough test against West Ham United. They will look to return to winning ways against their London rivals and cement the third position in the league.