Chelsea will look to return to winning ways when they face Leeds United in the English Premier League. The Blues have taken two points in the last three games, and their most recent match ended in a 2-2 draw against Wolves. Chelsea conceded two goals late in the second half and had to drop points. This draw means that Chelsea are just one point above Arsenal in the league table.

Leeds United are currently in the relegation zone, with eight wins, ten draws, and 17 losses. They have scored 39 goals past the opposition goalkeeper with an xG rate of 50.26. Leeds United have conceded the second-highest number of goals in the league. They have let in 74 goals, with a high xGA rate of 63.68. 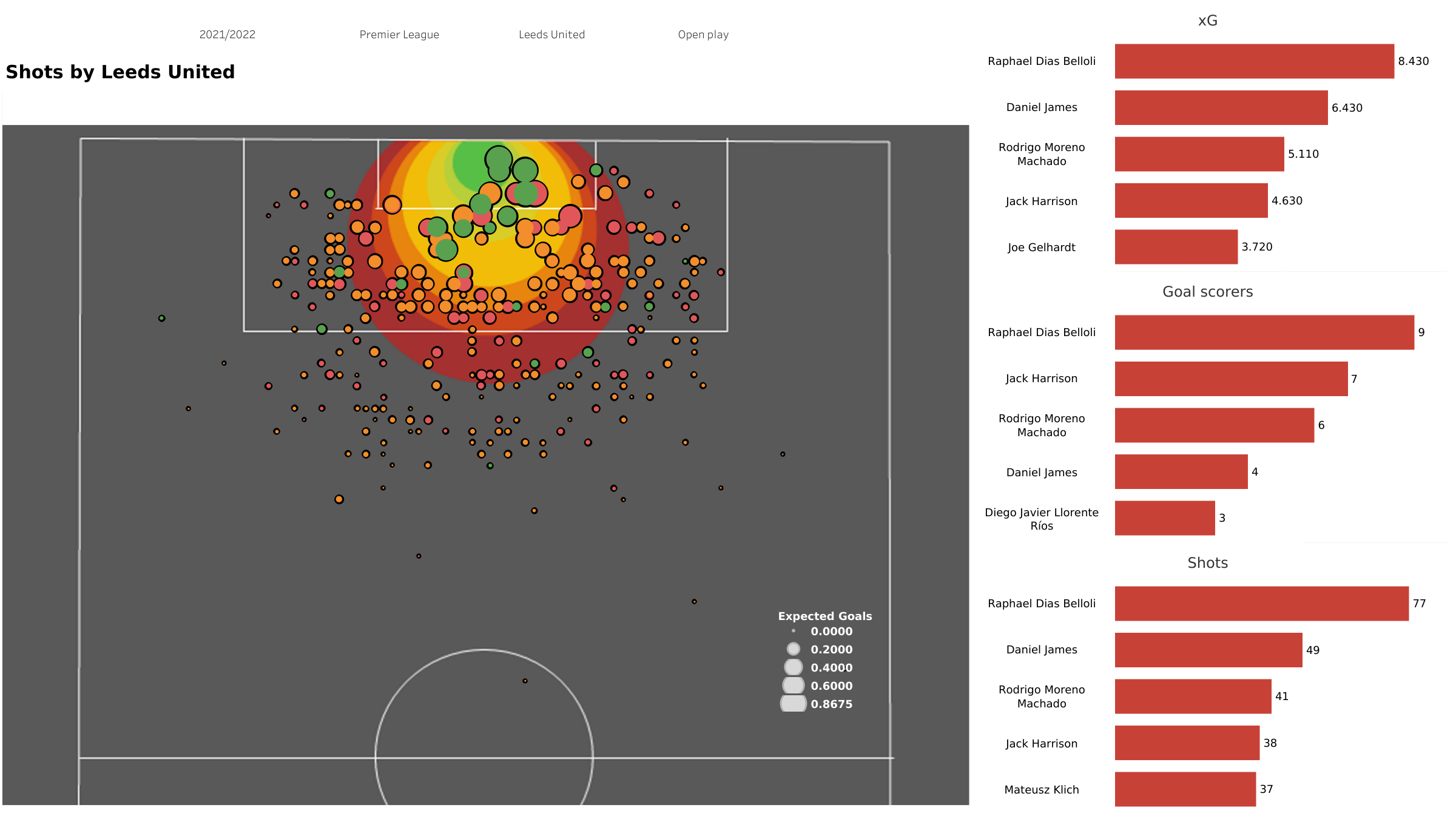 Leeds United players have attempted 431 shots this season. They have managed to hit the target 143 times. Of these 431 shots, 249 have been attempted from inside the opposition’s penalty box, and 92 shots were on target. The above viz shows all the shots attempted from open play. We can observe that Leeds United players like to deliver the ball into the opposition’s 6-yard box and score goals.

Luke Ayling received a red card in the last game and will serve a three-match suspension. Stuart Dallas is also out, alongside Tyler Roberts, Adam Forshaw and Crysencio Summerville. Joe Gelhardt is likely to lead the line once again for Leeds United.

Chelsea have lost their form recently and have dropped a few points. They have won 19, drawn ten and lost the remaining six matches this season. The Blues have scored 70 goals this season and conceded 31. The overall xG rate of Chelsea has been 62.35. 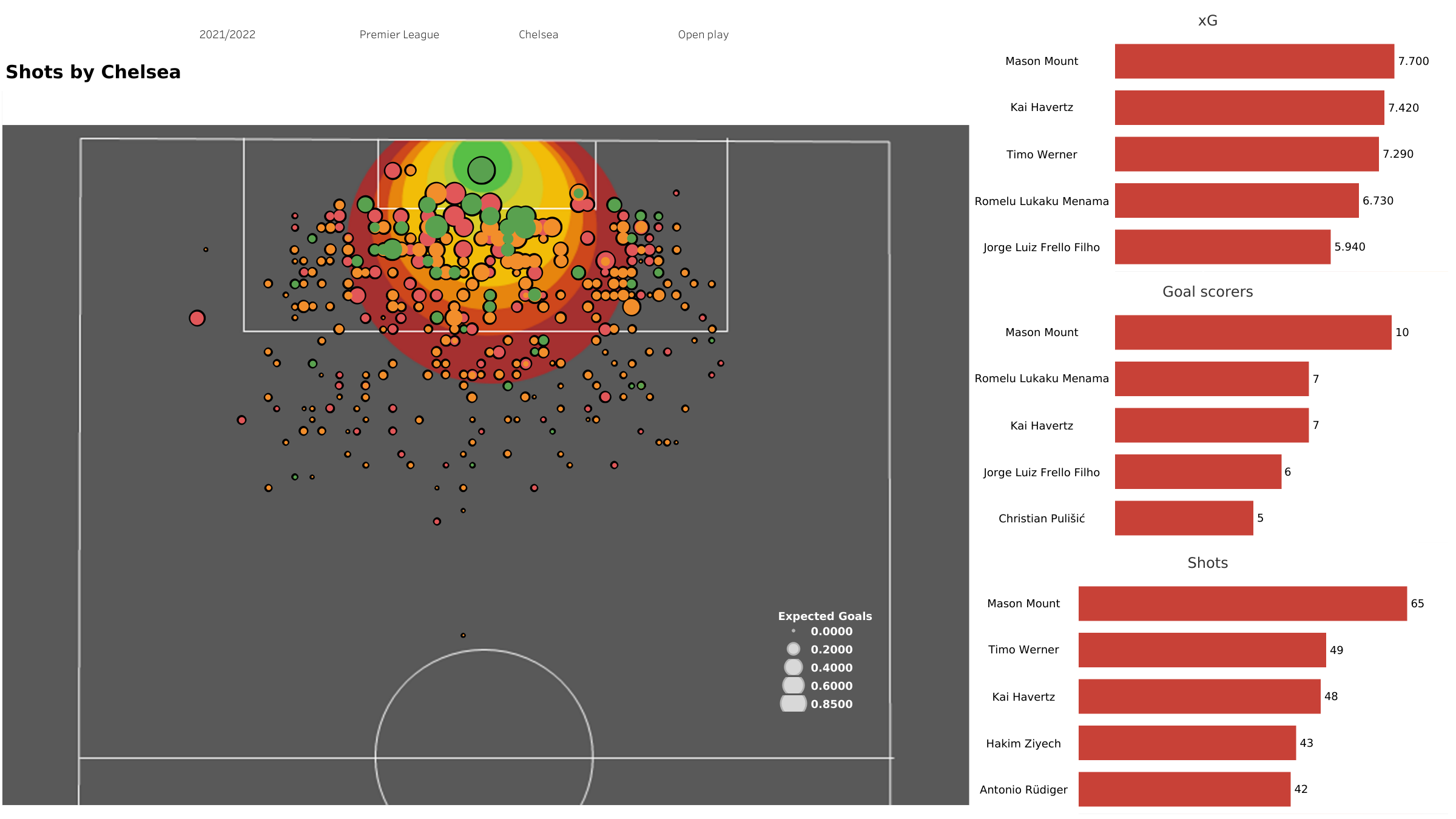 Thomas Tuchel’s men have attempted 509 shots with an average of 12.38 shots per 90 minutes. Of these 509 shots, they have attempted 316 shots from inside the opposition’s penalty box. They have managed to hit the target 190 times, and 141 times from inside the box. The above map shows that Chelsea also like to deliver passes around the opposition’s 6-yard box and score some easy goals.

Jorginho and N’Golo Kante will face late fitness tests and could start on the bench. Marcos Alonso could also be dropped off after an incident with the manager in the dressing room. He could be replaced by Sarr or Saul in the starting XI.

The Blues will be the favourites to take three points from this game. They will look to book their place in the UEFA Champions League next season, with wins in their last three games. Leeds United are also battling relegation, and they will also look to earn a point from this tough fixture.