Chelsea came back from a two-goal deficit and earned a draw against Liverpool in the English Premier League. All the goals were scored in the first half and both teams remain in the top three positions in the league table.

Which Chelsea player made the highest number of recoveries inside the opposition half? How many shots were attempted by Liverpool in the first half? 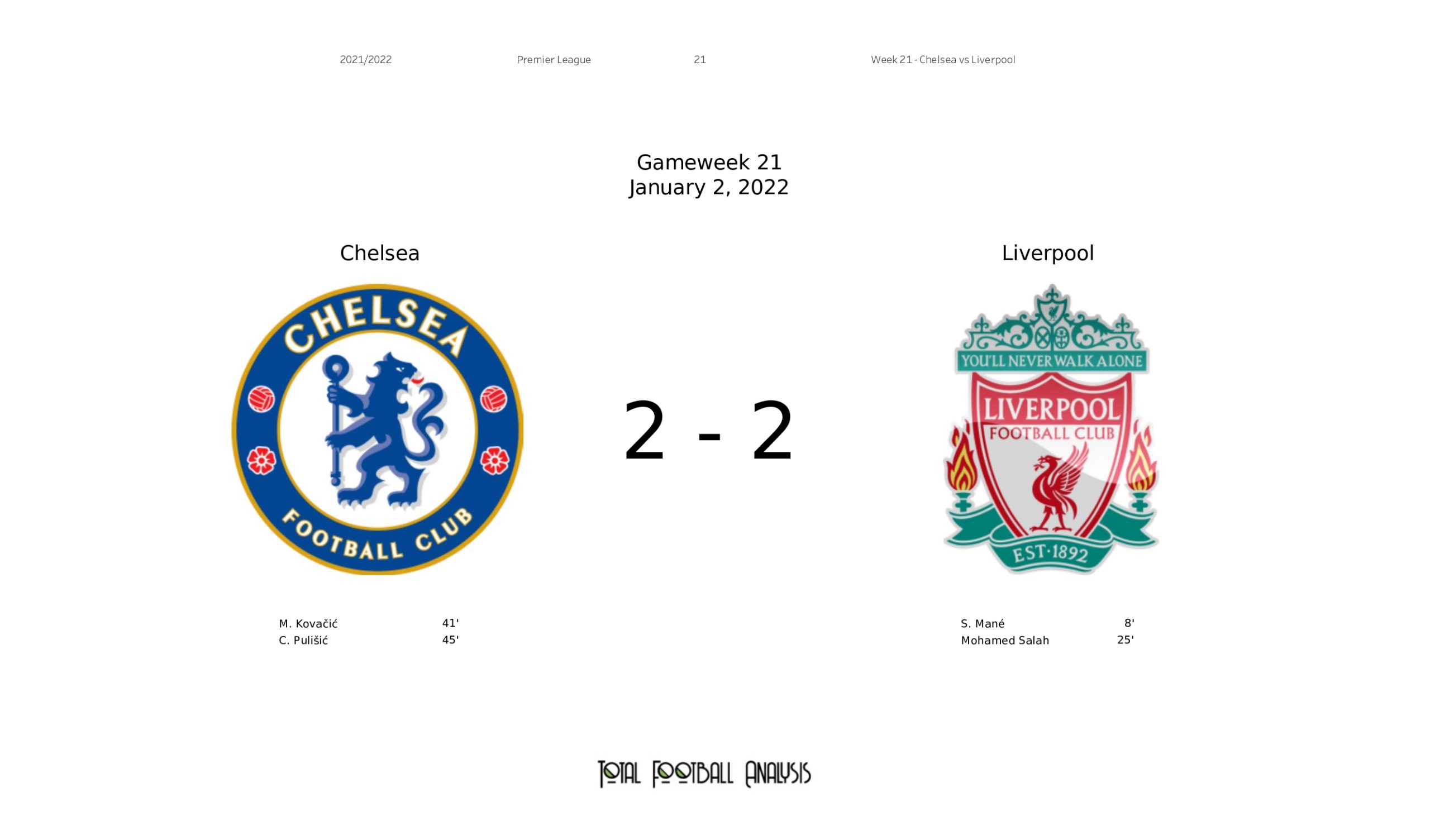