Chelsea will travel to Spain to face 13-time European champions Real Madrid in their second leg of the quarter-finals of the UEFA Champions League. Real Madrid’s Karim Benzema scored a hat-trick to give his side a 3-1 lead over the defending European champions at Stamford Bridge. The Blues were outplayed by their Spanish opponents, and they now have to cover a two-goal deficit to defend their title. Both teams earned victories in their previous league matches and will look to continue this momentum that would help them seal a semi-final spot in this year’s competition. 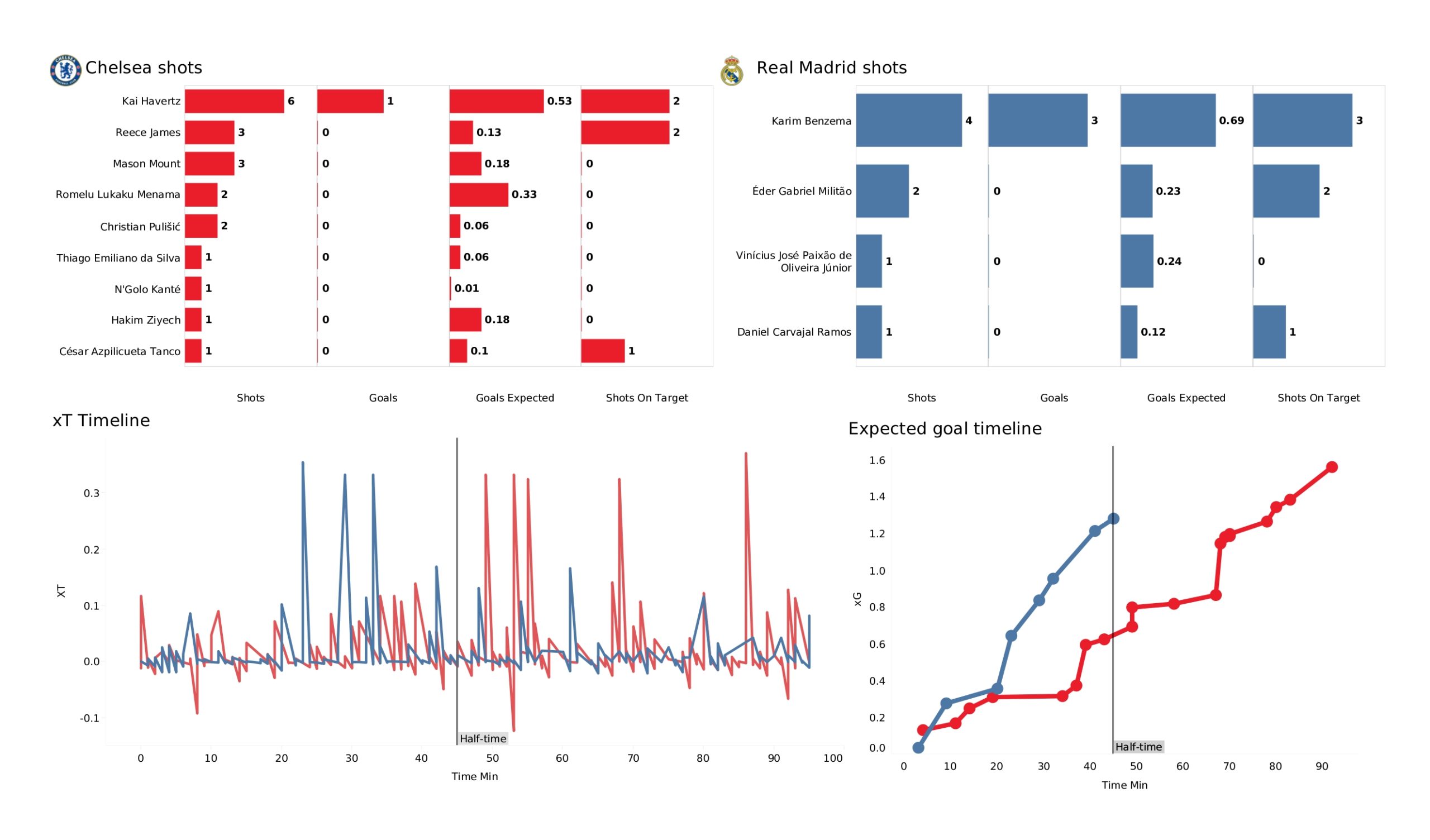 In the first leg, Chelsea had 56% of the ball possession and created 45 positional attacks in comparison to only 14 created by Real Madrid. The Blues attempted 20 shots and managed to hit the target five times. The above viz shows the xT timeline and the xG timeline of both teams. By looking at the expected goal timeline, we can observe that Real Madrid attempted seven shots in the first half and only one shot in the second. On the other hand, Chelsea attempted nine shots in the first half and 11 in the second. The Blues created more threats in the second half but were unable to convert any chances in front of the goal. Kai Havertz scored the only goal for Chelsea in the match. 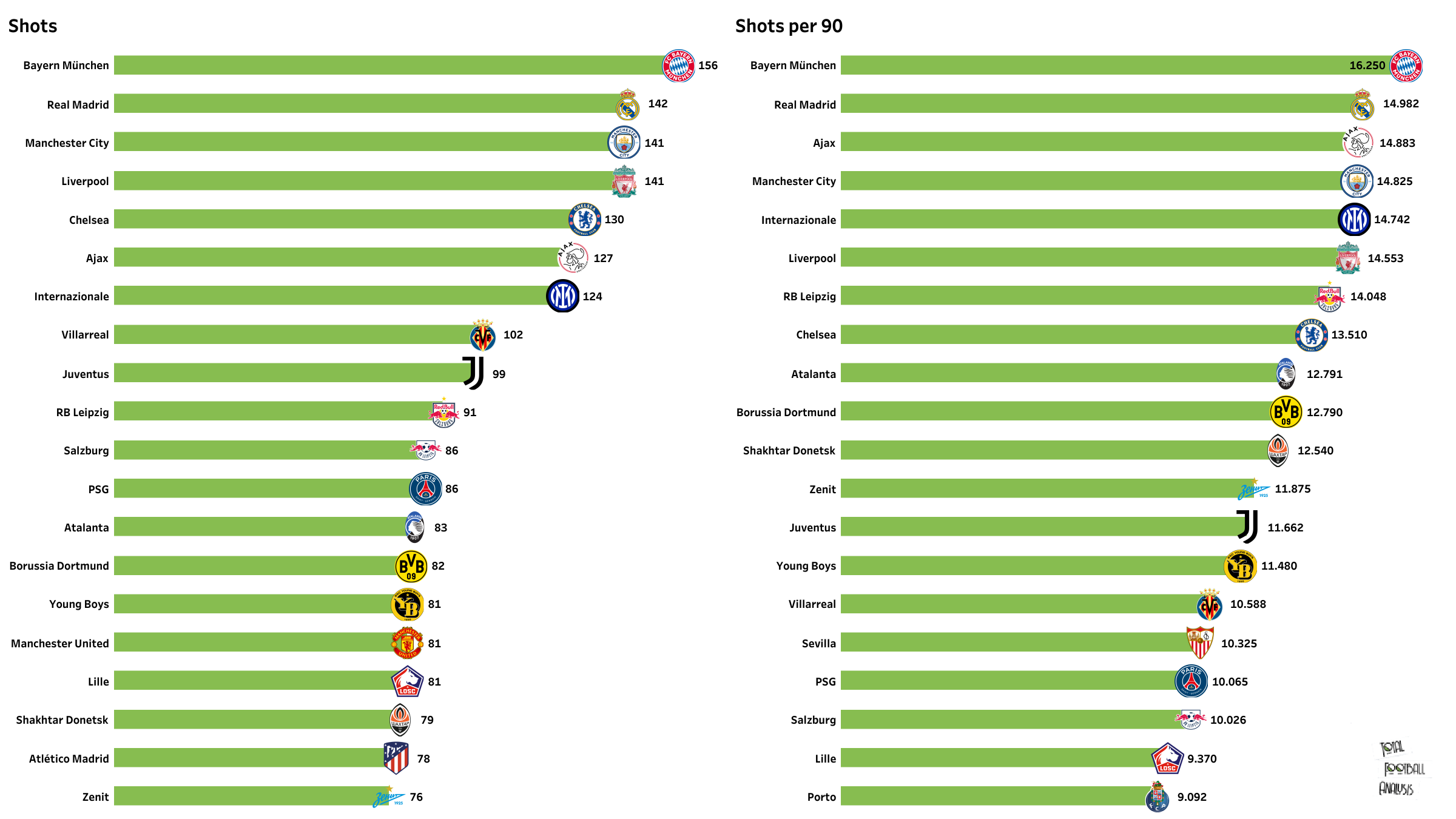 Real Madrid have been one of the top attacking sides in the UEFA Champions League this season. Carlo Ancelotti’s men have scored 20 goals with an xG rate of 16.63. In return, they have conceded only six goals. The above viz shows that the Los Blancos have attempted the second-highest number of shots in the league. They average around 15 shots per 90 minutes and have managed to hit the target 56 times. The Spanish giants are also dangerous on the counters and average more than three counterattacks per match.

Karim Benzema scored back-to-back hat-tricks and will be the key player for the home team. Carlo Ancelotti rested some of his key players ahead of this crucial clash. Toni Kroos and Luka Modric warmed the bench against Getafe and will return to the midfield for this match. They would play a key role in Real Madrid’s hope for another title. Eder Militao will miss the match due to suspension, and Nacho looks like the likely replacement for him. Eden Hazard, a former Chelsea player, is still out with an injury. 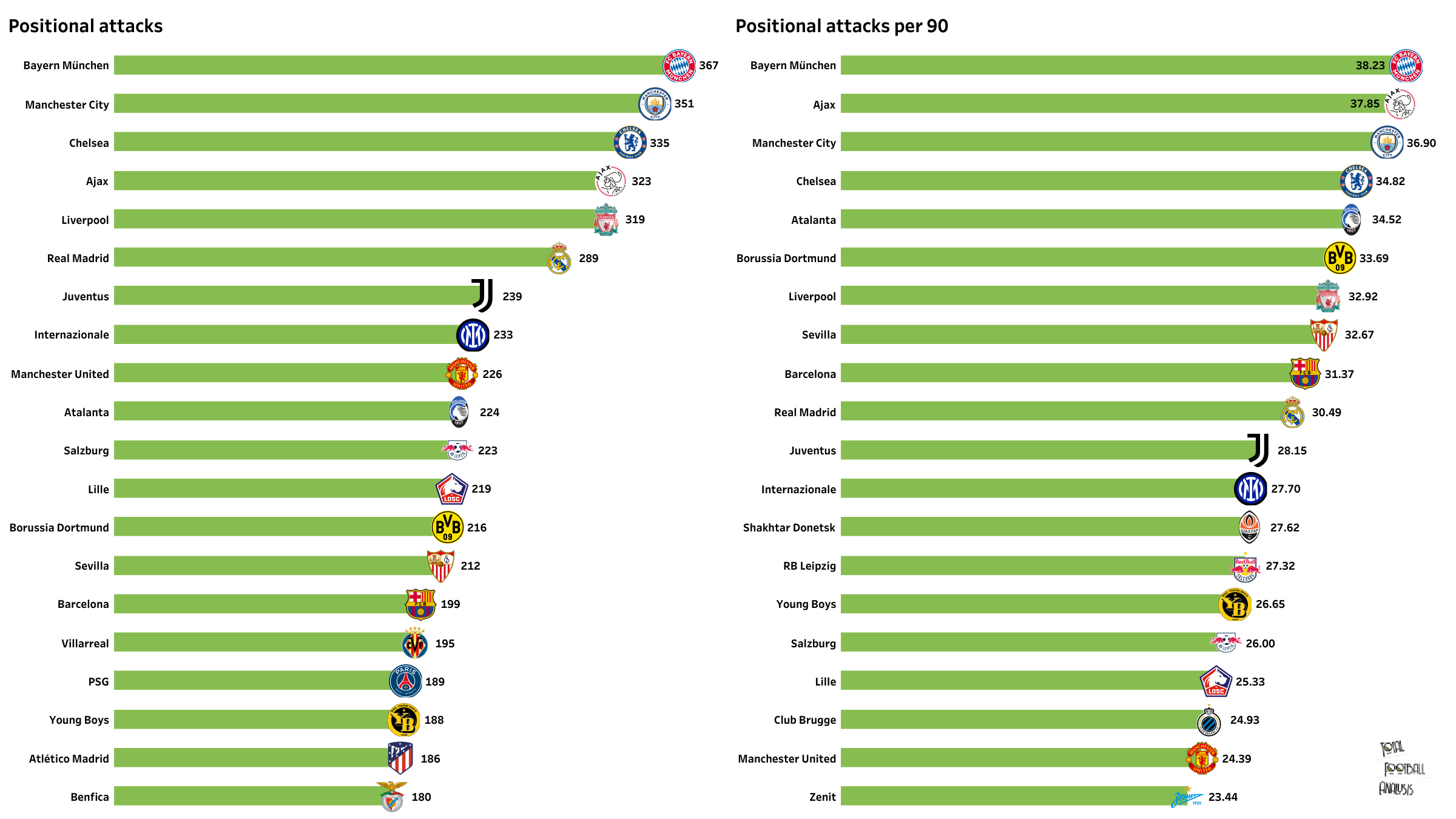 Chelsea, on the other hand, have scored 18 goals with an xG rate of 16.39. Their defence has been a bit leaky, and they have conceded eight goals. The Blues have attempted 130 shots towards the opposition’s goal and have managed to hit the target 49 times. The above viz shows that Chelsea create around 35 positional attacks per 90 minutes. They created 45 positional attacks in the first leg.

Romelu Lukaku missed the weekend clash against Southampton and is likely to miss the second leg as well. Cesar Azpilicueta has been tested negative for COVID-19 and could return to the team after missing the weekend’s match. Chelsea scored six goals past Southampton, and Thomas Tuchel’s men will look to keep their goalscoring touch.

Thomas Tuchel’s men will have a huge task in hand when they face the Spanish LaLiga leaders at their home. Chelsea need to score some early goals against Carlo Ancelotti’s side and put pressure on their opponents. The tie promises to bring a lot of entertainment.