Chelsea continues to impress under Graham Potter after a 3-0 win over Italian champions AC Milan in the UEFA Champions League 2022/23 season. Wesley Fofana opened the scoring for the hosts as well as his Chelsea account. Pierre-Emrick Aubameyang scored the second goal against his former club. Reece James confirmed the win with a goal in the closing stages of the match.

How many recoveries were made in the middle third by Chelsea? Who won the most number of defensive duels for AC Milan? 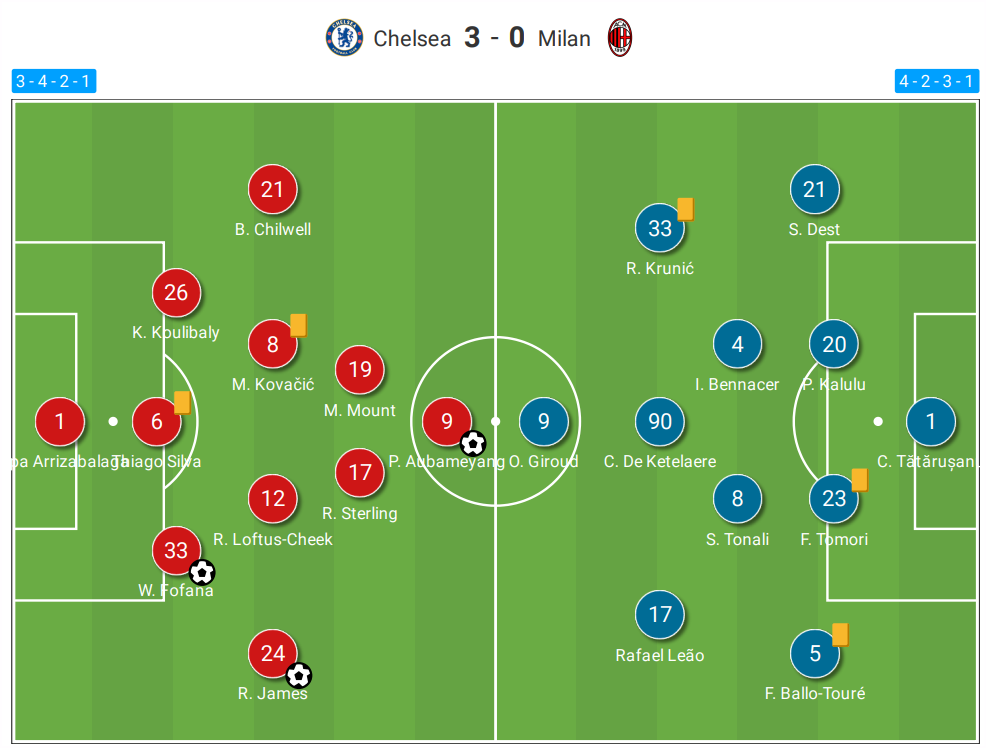