Recently, Chelsea have been active in the transfer window. They signed Marc Cucurella just before the start of the season and still aim to improve the squad’s strength in search of glory this season. Timo Werner left Chelsea to join RB Leipzig, and the Blues have a spot left in their attack to fill. Hakim Ziyech is also unwanted at the club, and he is likely to be loaned out. Everton’s Anthony Gordon has emerged as the latest target for the Blues to fill this gap. He was given the number ten jersey at Goodison Park this season, making him one of the most important players for Everton. He is also very highly rated in the country and has now earned the interest of one of the teams playing in the UEFA Champions League. The England U-21 international has made over 50 appearances in the English Premier League. Chelsea know that the player has some experience, and here are some of the stats that show why the Blues have shown their interest in the 21-year-old. 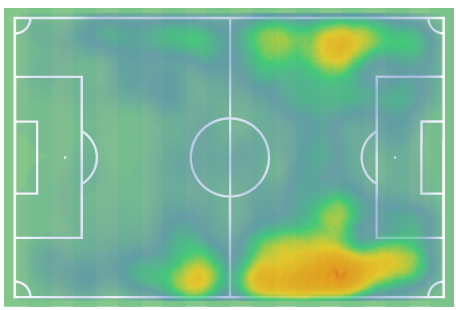 Gordon is a left-footed winger who started his Everton career on the right-wing. The above viz shows the heat map of the forward from last season. Gordon made 35 appearances in the English Premier League and played on both flanks, with the right side being the most favoured side. He often penetrated the opposition’s penalty box and averaged 1.85 touches per 90 minutes. 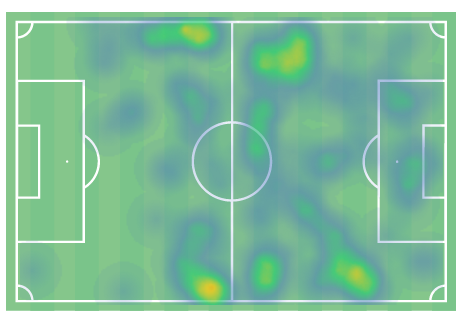 This season, Gordon has shown more versatility. Frank Lampard is short of strikers, and the former Chelsea manager has used Gordon in the false nine role. Gordon has shown maturity and accepted responsibilities at Everton. The above heat map shows that he has covered a lot of areas inside the opposition’s half.

Gordon has played a full 90-minutes in the first two league games this season. His team lost both matches, but the youngster gave some positive signs. He has attempted four shots with a 50% accuracy rate. This gives a hint that the player can trouble the opposition goalkeeper and prove to be handy for Chelsea. 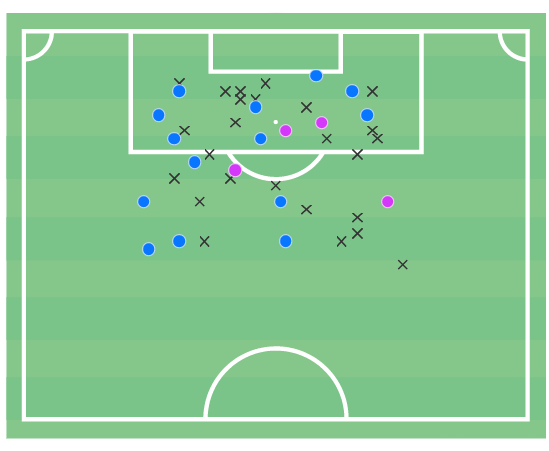 The 2021/22 season was the breakout season for the 21-year-old. He scored four crucial goals and provided two assists to help his side escape relegation. The above viz shows the shot map of Gordon from last season. He attempted 43 shots with an accuracy rate of 42%. Of these 43 shots, 25 were attempted from inside the opposition’s penalty box. Gordon hit the target ten times from inside the box and converted two chances. The winger has also shown his capability to trouble the goalkeeper from outside the penalty box.

Last season, Gordon averaged 23 passes per 90 minutes but had a low accuracy rate of 74%. These included 2.5 passes into the penalty box with a 42.6% passing accuracy rate. This shows that Gordon can also link the play with his team members and create some chances for them to score a goal.

Chelsea’s first bid for the player was rejected by Everton. This has not ended the Blues’ pursuit of the player. They will try their best before the end of the transfer window to convince both parties and bring Gordon to London.