English Premier League side Chelsea have identified Aurelien Tchouameni as the long-term replacement for fellow French international N’Golo Kante. The Blues are competing with the likes of Manchester United, Barcelona, etc., to get the services of the player. The midfielder has also represented his country after his performances at the domestic level impressed the international manager.

The midfielder has started regularly for AS Monaco this season and plays in midfield two for the French club. Tchouameni can contribute to the defensive side as well as the attacking side. Here are some of the stats from the Champions League qualification state that would give us more insight into the player. 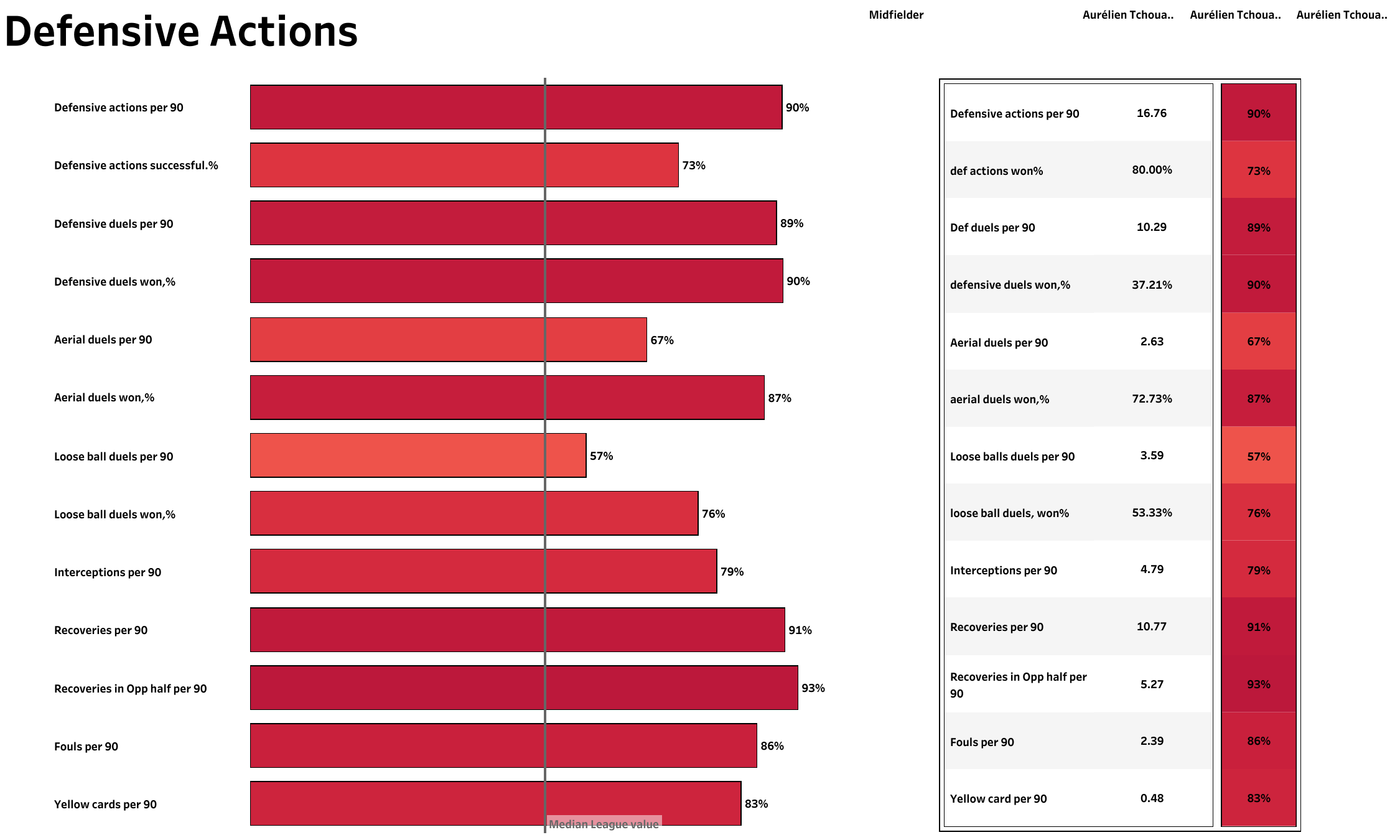 When looking at the above chart, the general rule is that the longer the bar, the better the performance – you can see the league average in the middle, and the % is the percentile rank the player is in. The midfielder has been involved in a lot of defensive actions for his team. He has contested 10 defensive duels per 90, 2.63 aerial duels per 90, and 3.59 loose ball duels per 90. The French international has made 20 interceptions and 45 recoveries. Out of the 45 recoveries, 22 have been made inside the opposition’s half. The player has a high percentile rank when compared to the other players. 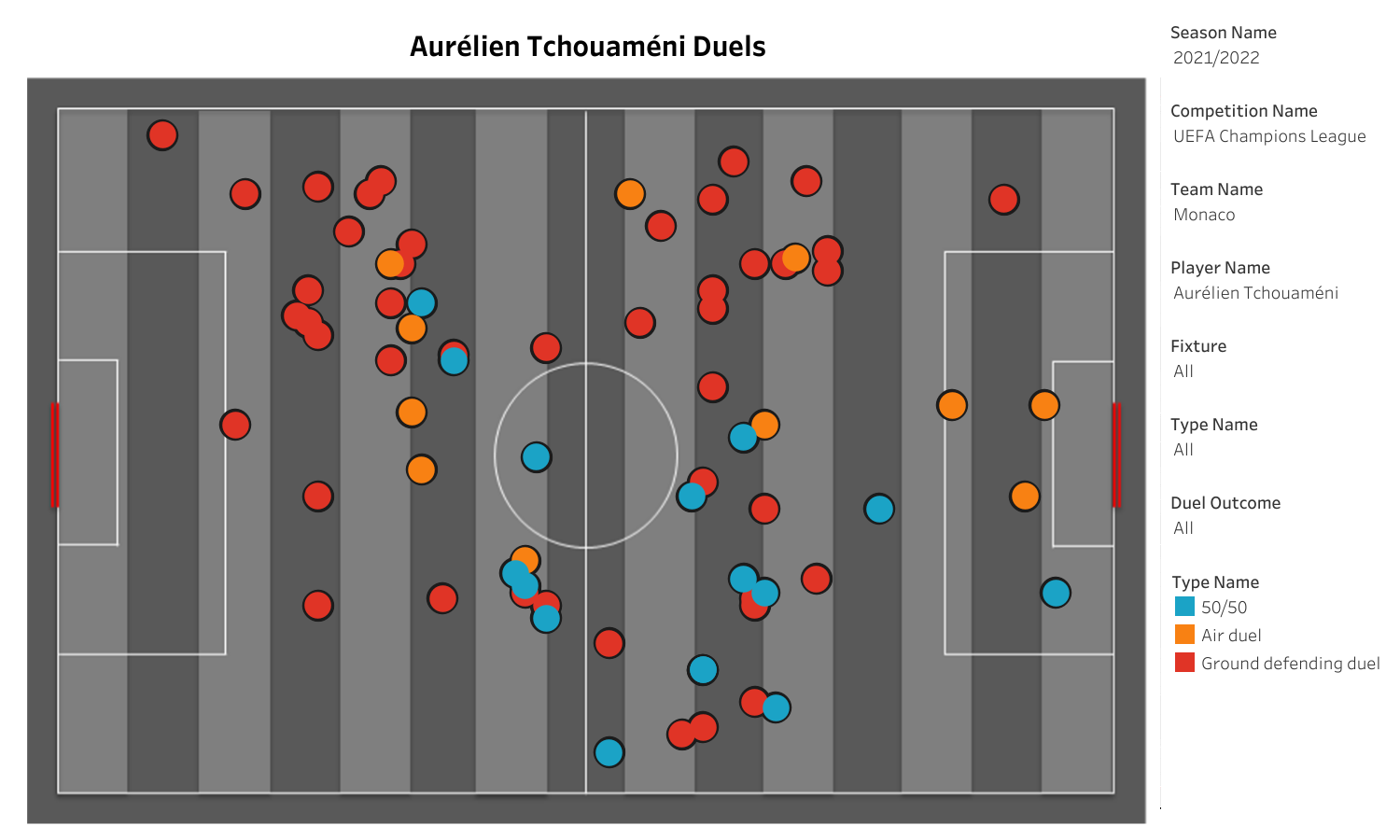 The above map shows all the duels contested by the player in all four qualification matches. Most of the duels contested by the player have been defensive duels and towards the left side of the midfield. He has also contested a few loose ball duels, and most of them are in the middle third. The midfielder offers a lot to the defensive side and allows the forward players to keep attacking. His duels high up the pitch could help teams to recover inside the opposition half and continue with their attacking momentum. 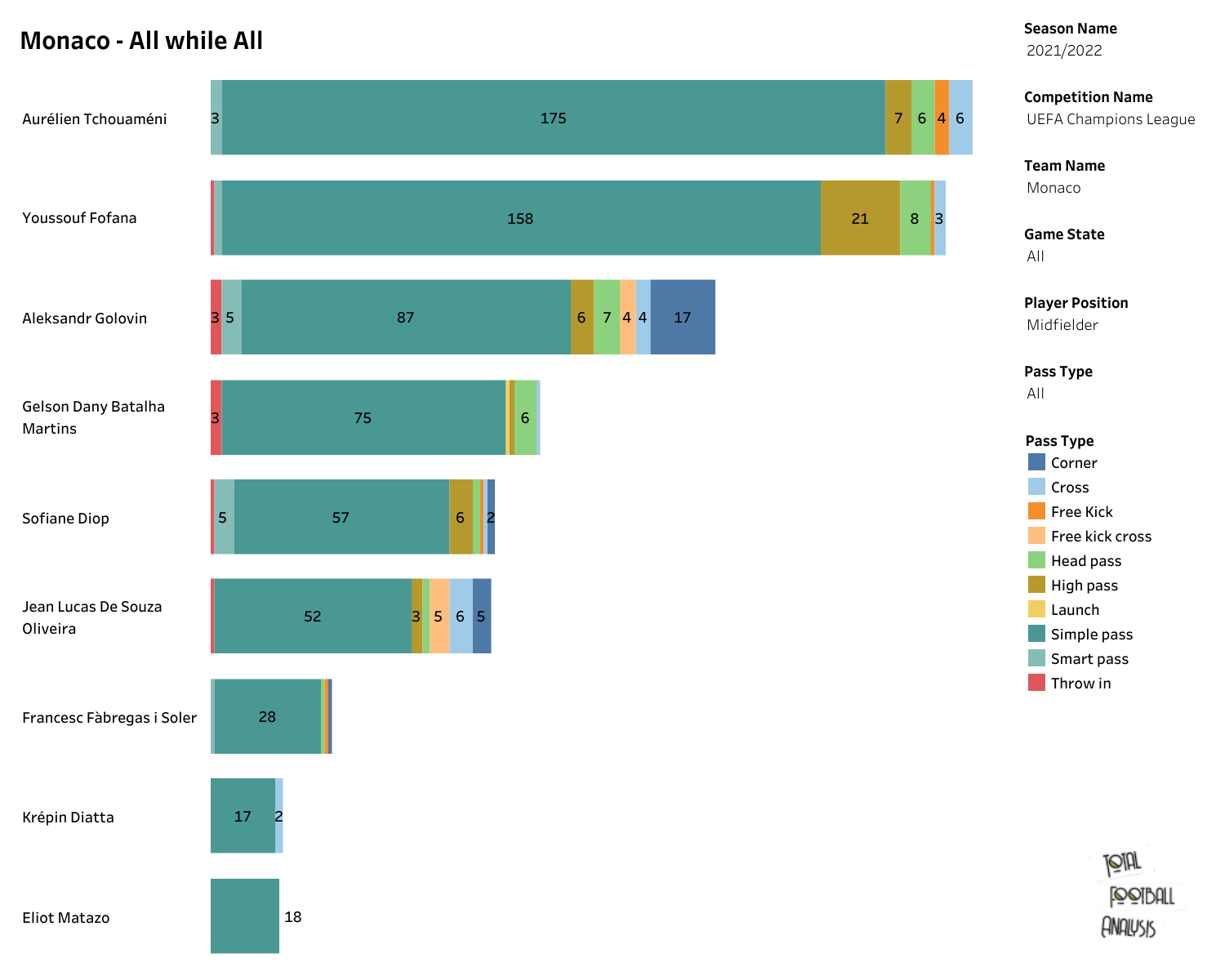 The above chart shows the passes attempted by Monaco midfielders in the qualification matches. Aurelien Tchouameni has attempted the most number of passes as a midfield player. He has attempted three smart passes, six crosses, and 175 passes have been simple passes.

Aurelien Tchouameni scored a goal in the first round of qualification. The midfielder attempted eight shots and managed to hit the target three times. The 21-year-old midfielder can contribute towards the attacking side as well as the defensive side. He is on the radar of many clubs, and the Blues would like to acquire his services before anyone else does.