Manchester City won their 12th consecutive match by completing a 1-0 victory over Chelsea in the English Premier League. Kevin De Bruyne scored the only goal of the match against his former club.

How many positional attacks were created by Manchester City? Which Chelsea player had the highest expected goal rate? 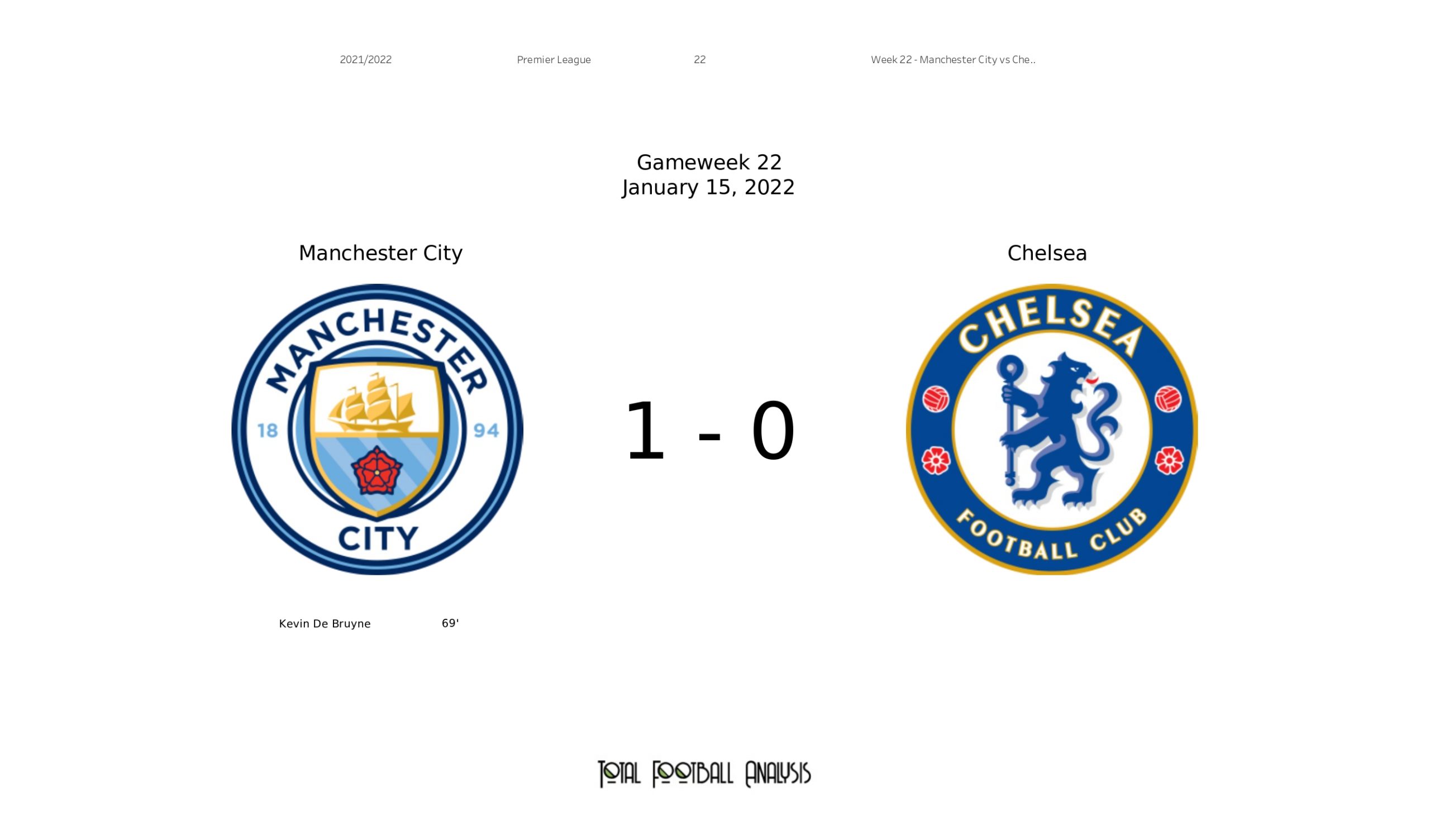