Chelsea have reached the finals of the FIFA Club World Cup in the UAE and will face Brazilian side Palmeiras in the battle to become the World Champions. The English Premier League club defeated Al Hilal Riyadh in the semifinals by a scoreline of 1-0. Romelu Lukaku scored the only goal of the match and moved Chelsea a step closer to their first-ever Club World Cup title. Thomas Tuchel played his first-team players in the last match, and he could repeat the same in the final. There are a few key players in the team who could prove to be crucial in the final, and these players have performed well in the English Premier League for the Blues. 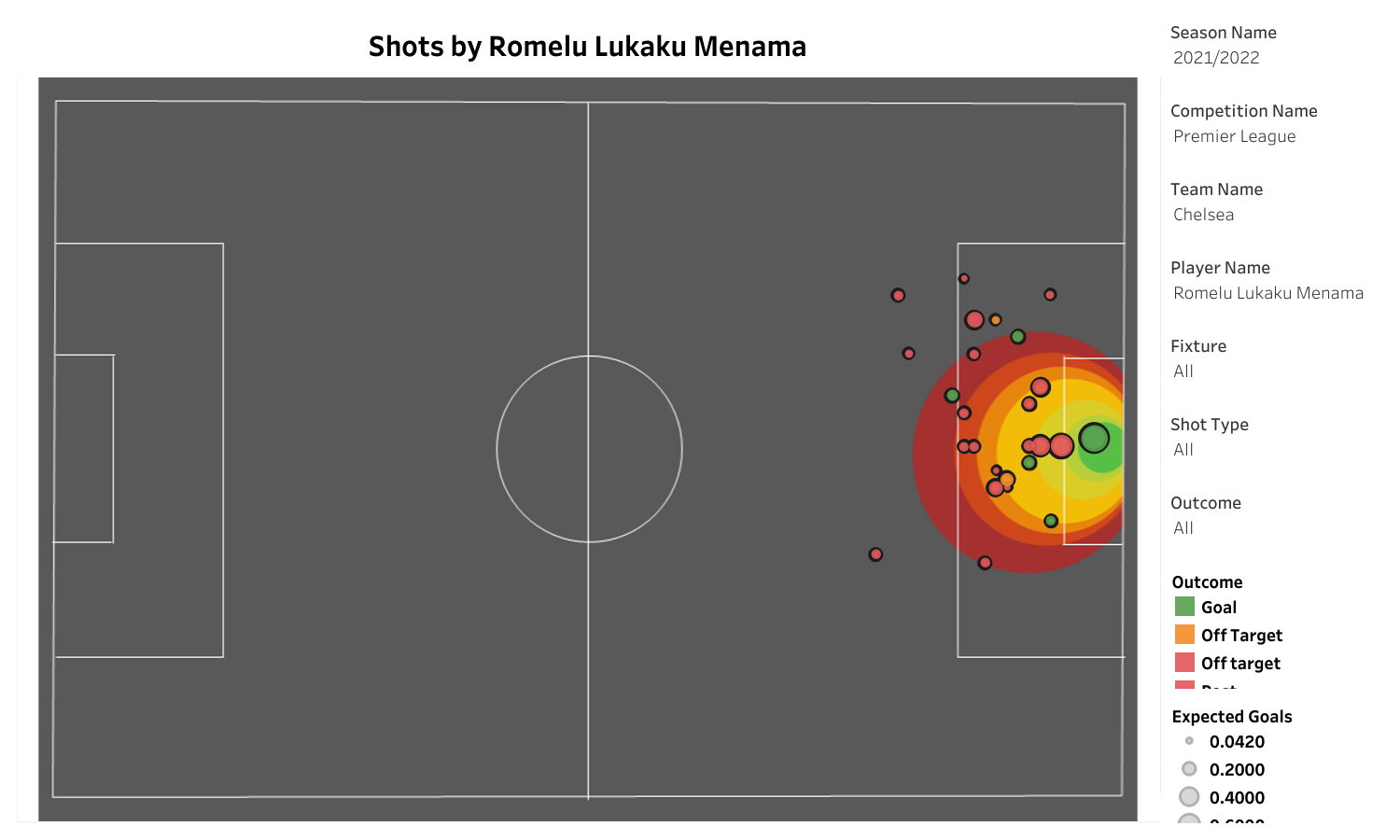 Romelu Lukaku was the key man in Chelsea’s 1-0 victory over Al Hilal Riyadh. He attempted two shots with a 100% shot accuracy rate. The above match shows all the 26 shots attempted by Romelu Lukaku this season in the Premier League. The Belgian forward managed to hit the target 11 times and has scored five goals in 16 appearances. Lukaku’s xG rate this season is 4.66, and he has taken 51 touches inside the opposition’s penalty box. 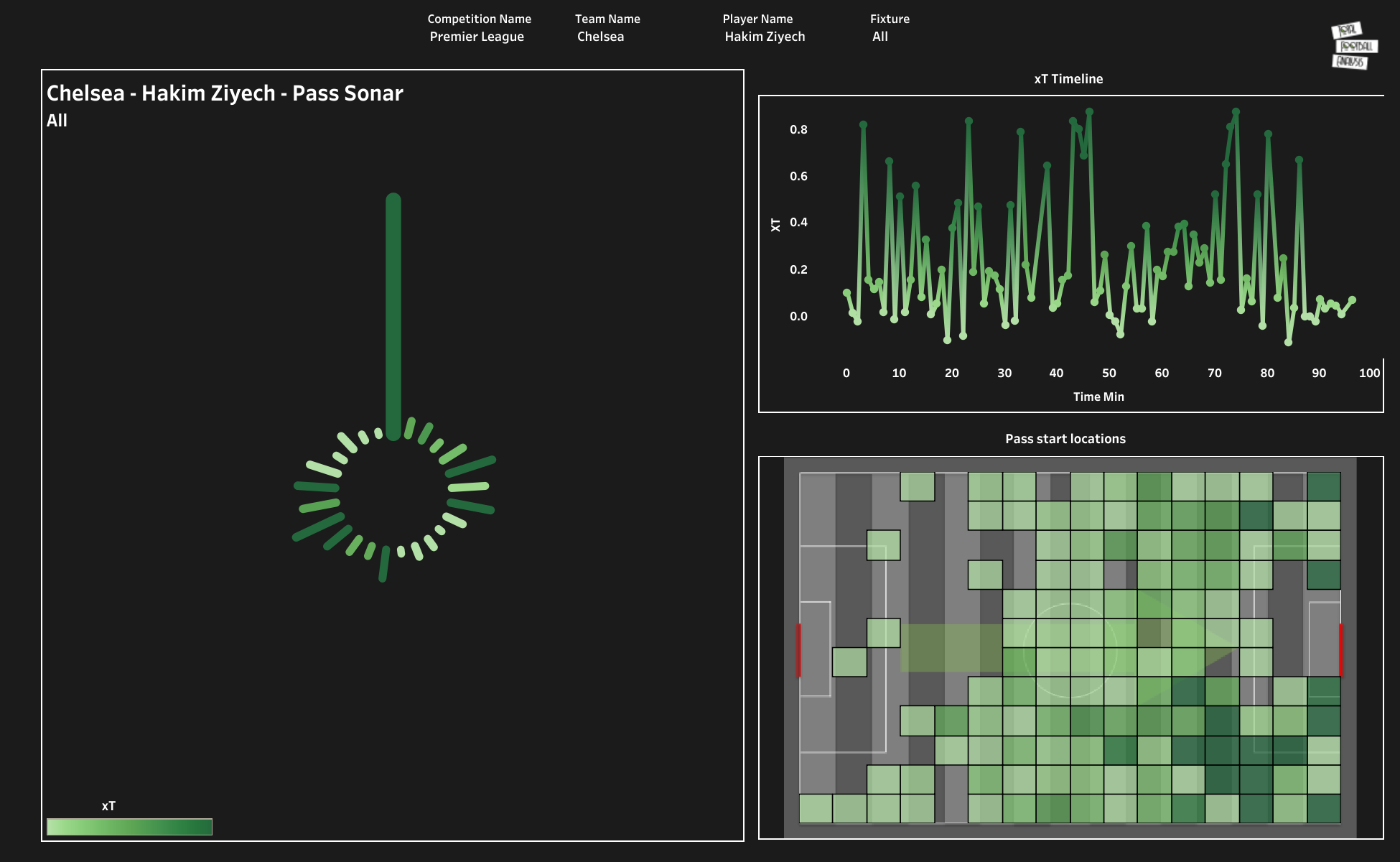 Hakim Ziyech is another attacking player who has impressed in recent games. The Moroccon scored two goals in the last two Premier League games and took his tally to three league goals. He even has two assists to his name. The above viz shows the pass start location and the xT timeline. Ziyech plays on the right side and is also active on set-piece duties, especially corners. The xT timeline is on the higher side, except for the 20 minutes towards the start of the second half. Ziyech has been the main threat from the right side, and he attempted four shots in the last match with a 50% shot accuracy rate. 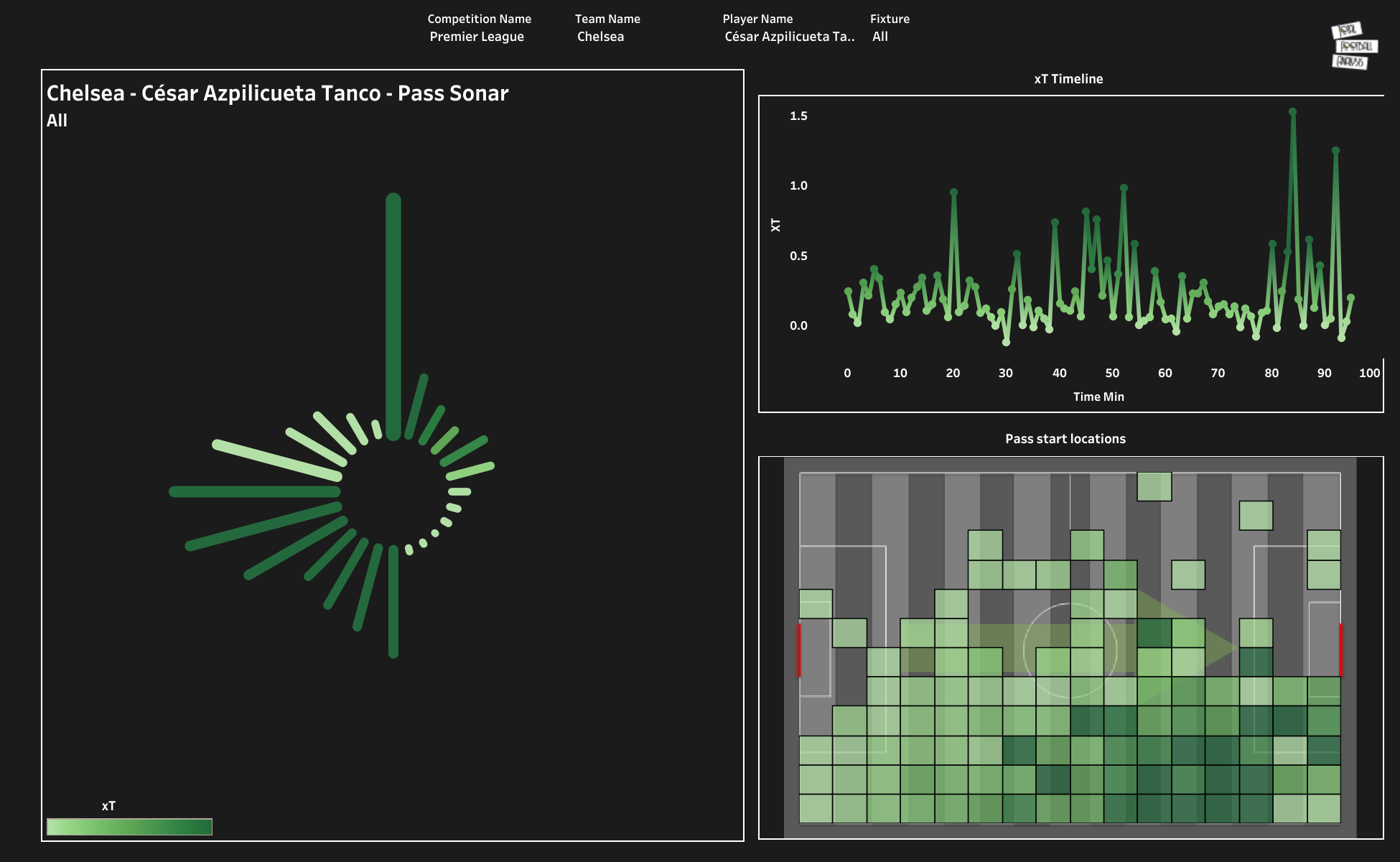 Club captain Cesar Azpilicueta is another key player on the right side. The Spanish player has featured in 17 Premier League games and is the only right-back option available to Thomas Tuchel. With his passing, Azpilicueta provided two assists and created numerous threats towards the end of the game. The player has taken 33 touches inside the opposition’s penalty box, and the above viz shows that he has attempted some passes from inside the opposition’s penalty box. 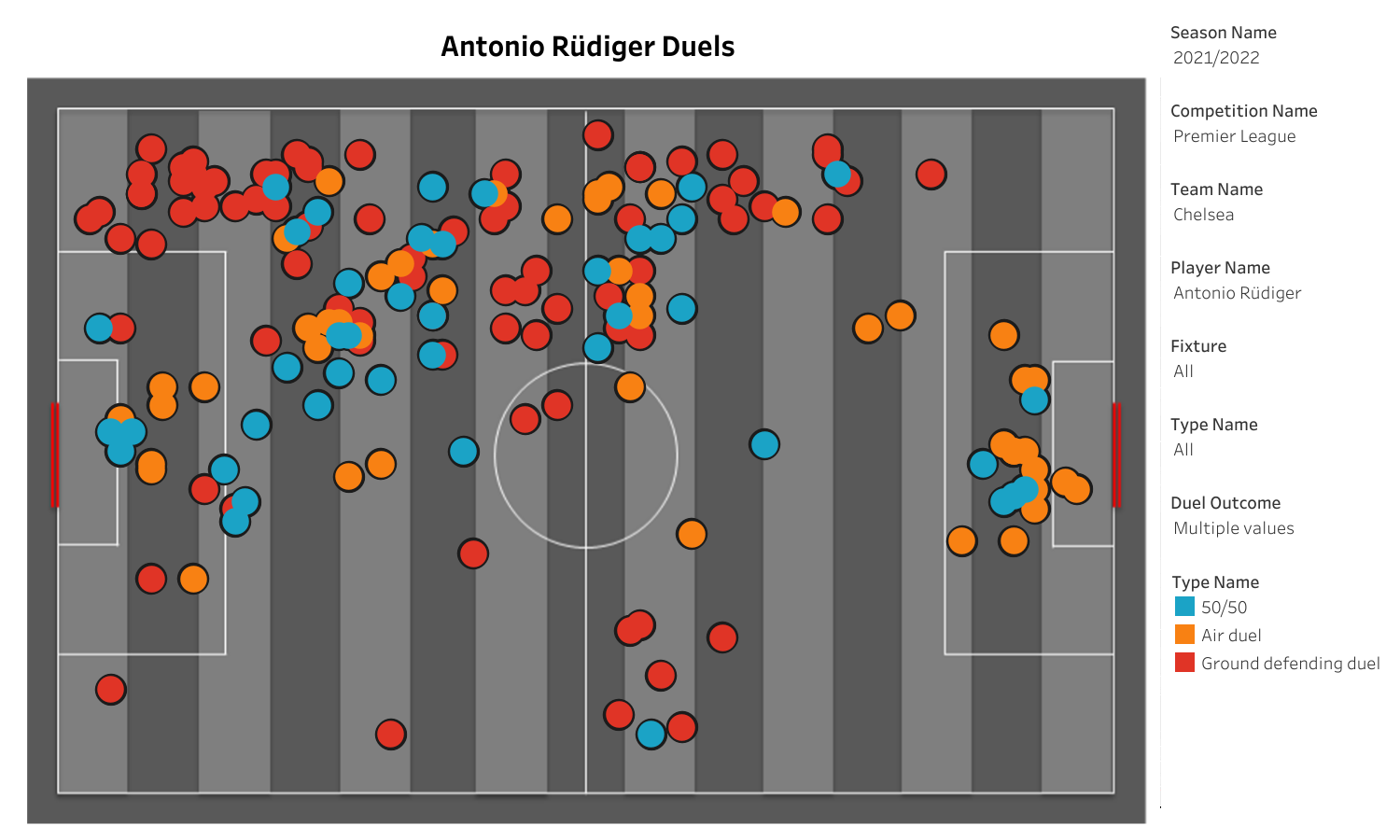 Antonio Rüdiger has been ever-present in Chelsea’s defense this season. The German international has made 23 appearances in the league and has helped his side to keep nine clean sheets. Rudiger has even scored two goals from the 25 shots attempted, with six being on target. The above map shows all the aerial, defensive, and loose ball duels contested by the player, and these have resulted in a win or a neutral result. Rudiger has contested a few aerial duels along with loose ball duels inside the opposition’s penalty area. He has been a great threat in the air and has scored goals from set-pieces.

Chelsea have not only relied upon the abovementioned players but also others who have been influential in Chelsea’s form this season. Thomas Tuchel would likely play his most experienced XI in the final and add another piece of silverware to his cabinet. The Blues enter this match as the favorites and will look to become the first English champions since Liverpool’s success in 2019.