Chelsea cruised past defending French champions LOSC Lille in the Round-of-16 of the UEFA Champions League. The tie ended 4-1 in favor of the London club. Thomas Tuchel has been experimenting with his side lately and has made a lot of changes in the attack. He prefers Kai Havertz at the top these days, and one of the players who has recently supported Havertz is American international Christian Pulisic. Pulisic is one of the most in-form players for the Blues and played a huge role in Chelsea’s success over Lille. He started in both matches and scored a goal in each of their 2-0 and 2-1 victories over the opponents.

Christian Pulisic made three appearances in the group stage of the UEFA Champions League in the 2021/22 season. He started in one match and came on as a sub in the other two. Pulisic created little impact in 125 minutes spent on the pitch and just managed an assist in the game against Zenit. The forward only attempted one shot and took five touches inside the opposition’s penalty box. 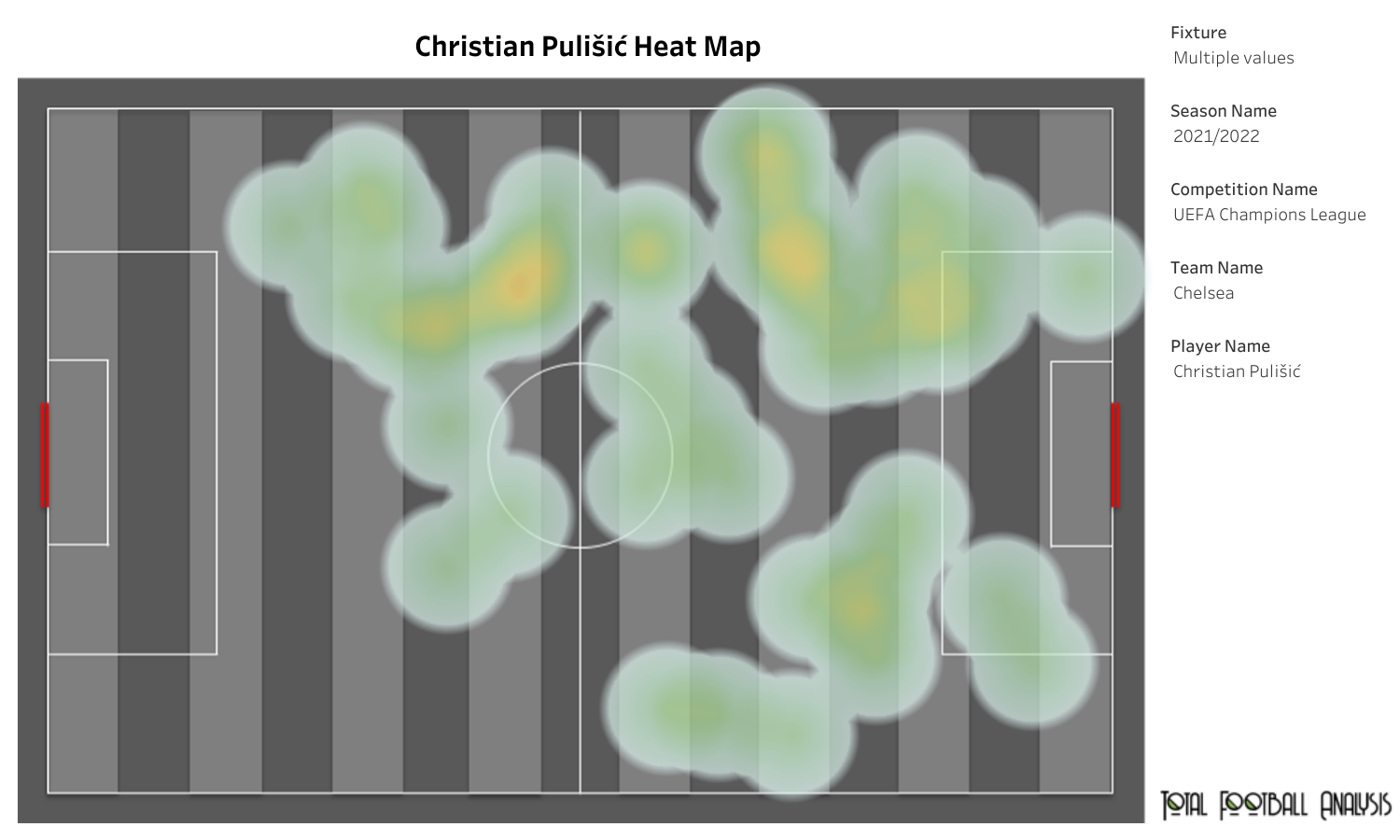 Pulisic spent 156 minutes combined and was subbed off in both matches. The player featured on the left side, and the above viz shows that Pulisic has covered both sides of the field. He has helped his side to build an attack from the right and has been flexible with his positioning. He managed to get five touches inside the opposition’s penalty box and five in the second leg away from home. 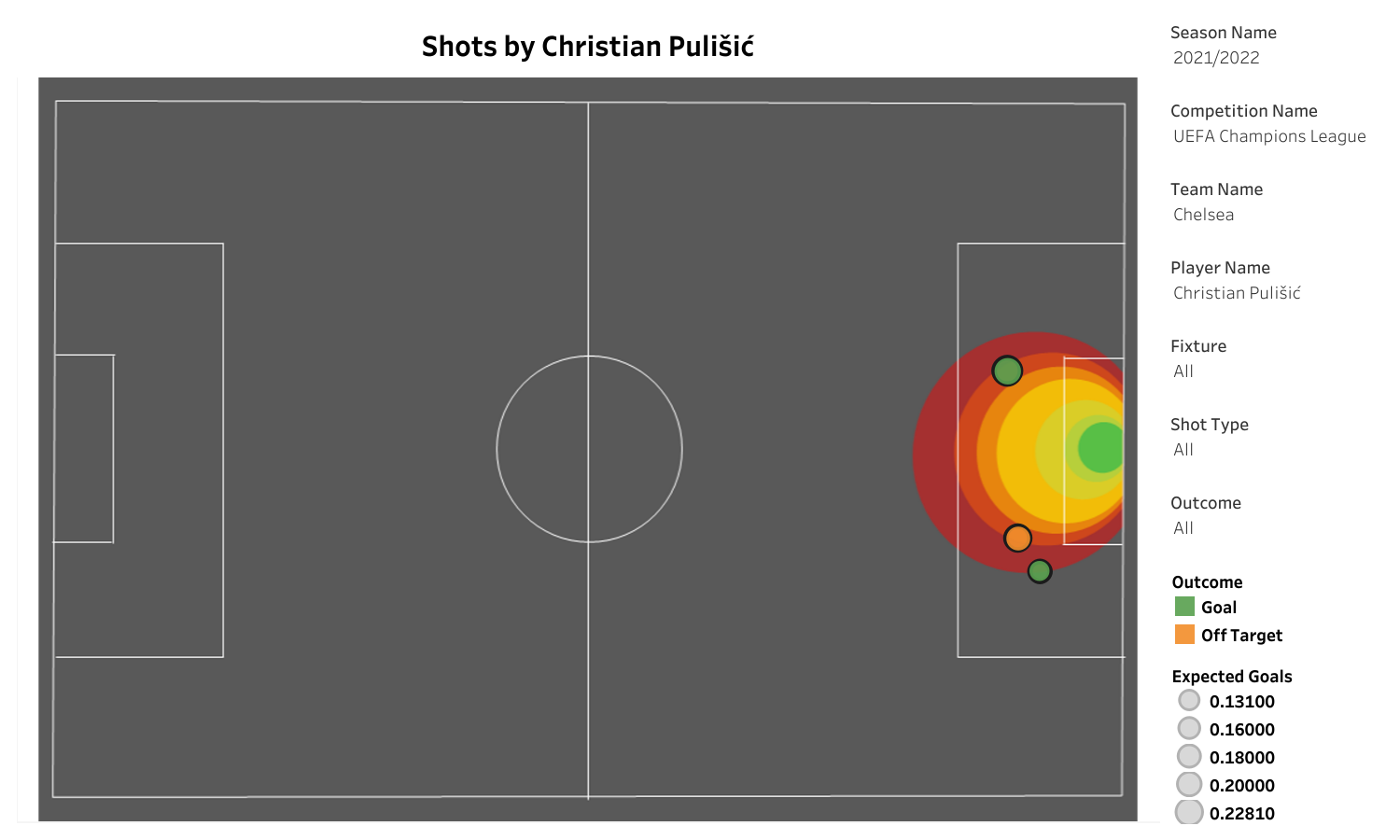 Pulisic has attempted three shots this season in the Champions League. All the shots were attempted from inside the opposition’s penalty box, with two of them on target. He created an overall xG rate of 0.83. 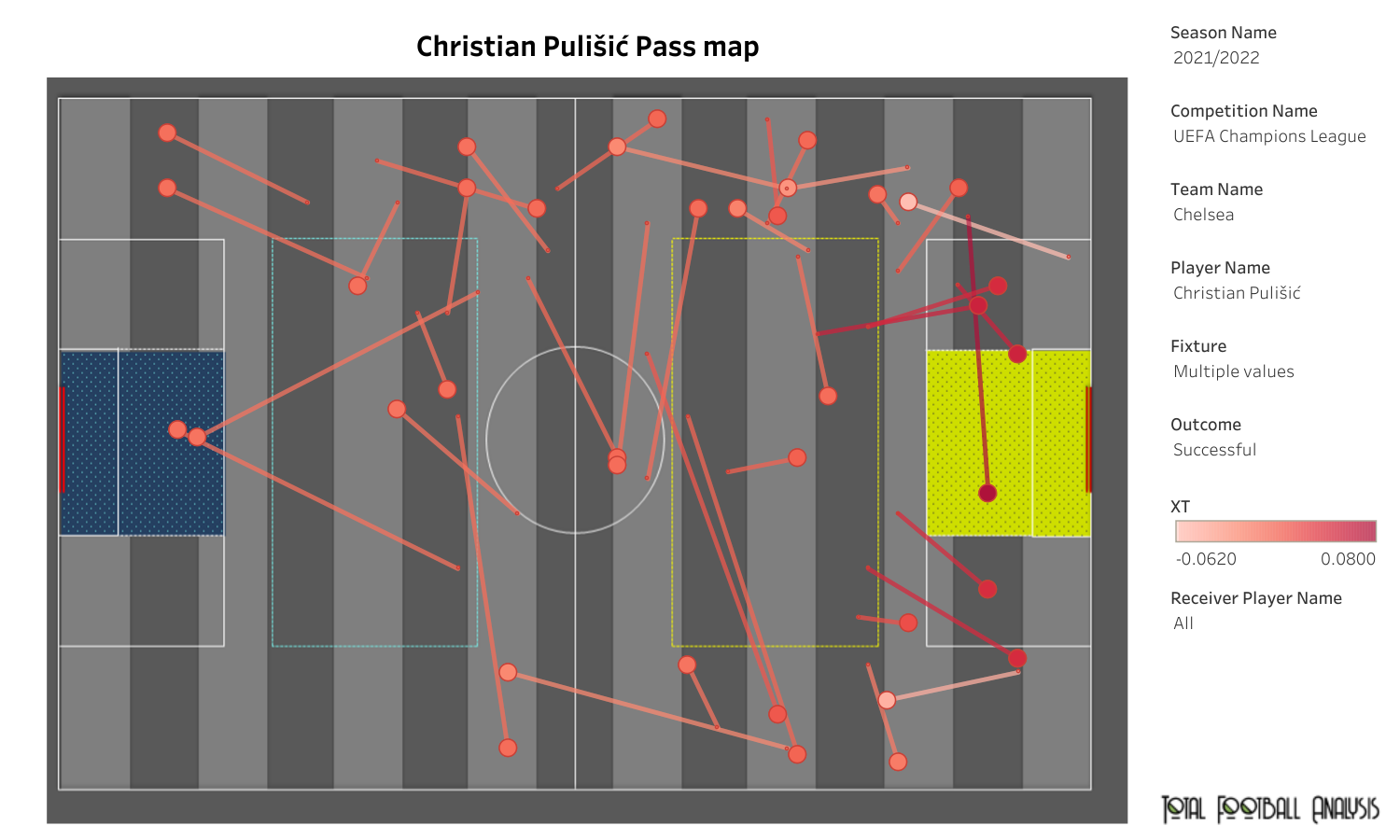 The USA international attempted 45 passes, and 38 of them were successful. The above viz shows all the successful passes attempted by the player. Of these 38 passes, five landed inside the opposition’s penalty box. His 45 passes included two smart passes and one through pass each, along with one cross and one long pass. Of his 45 passes, eight were towards Marcos Alonso. Pulisic created the highest threat with five passes attempted towards Kai Havertz.

Other than this, he attempted four dribbles, two more than he did in the previous three games. Christian Pulisic has made the most number of goal contributions for his side in these two matches. He has been one of the most in-form players for Chelsea lately and could play a crucial role in their UEFA Champions League title-defending season.