Defending European Champions Chelsea qualified for the quarter-finals of the UEFA Champions League after a 2-1 victory over French champions Lille. The tie ended 4-1 in favor of the Blues.

How many shots were attempted by Lille players from inside the opposition’s penalty box? Which Chelsea player attempted the highest number of crosses? 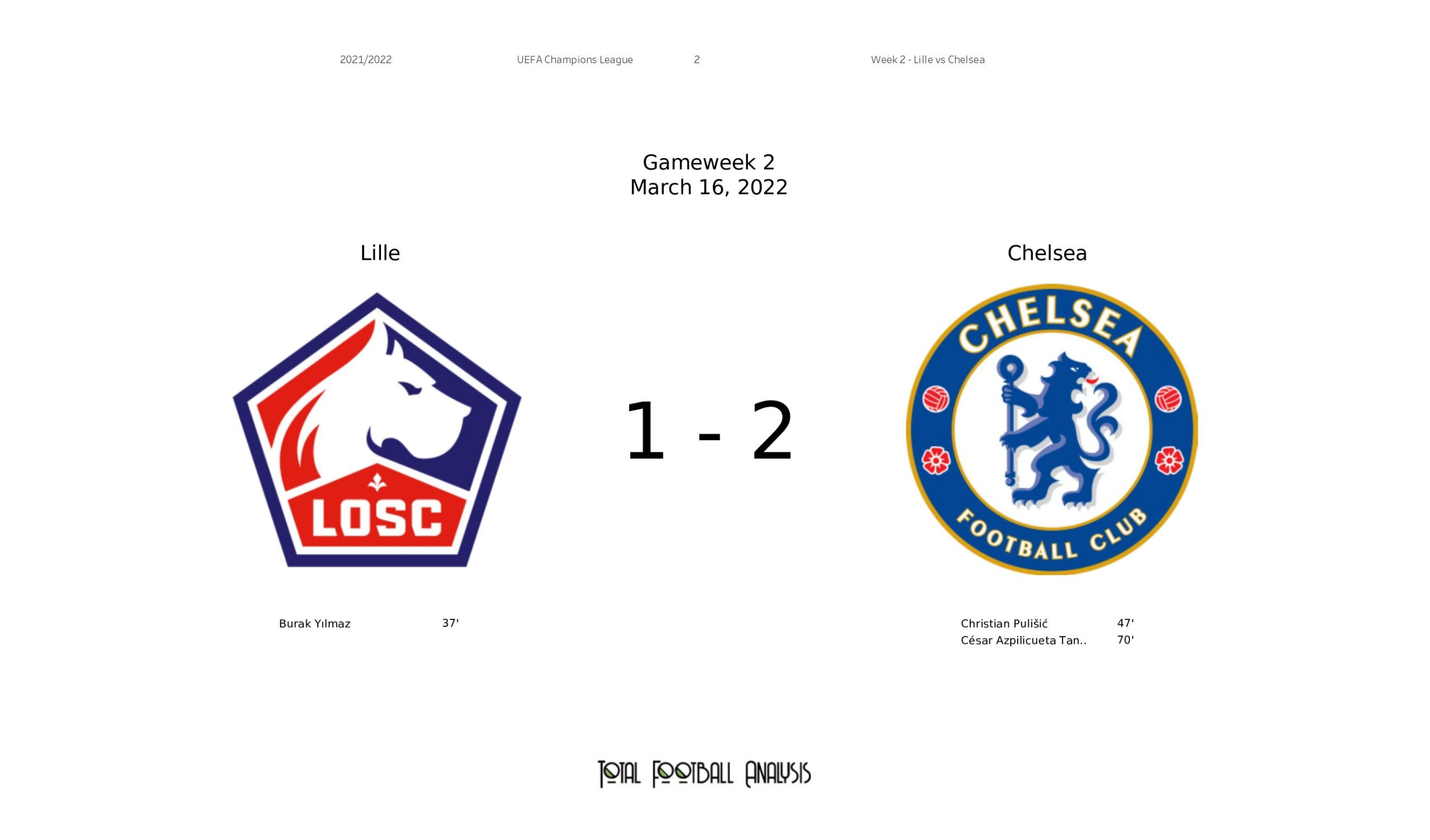