Kalidou Koulibaly made a switch to English Premier League side Chelsea this summer. He spent eight seasons at Italian side Napoli and was a key player at Napoli. Koulibaly has been on the transfer radar of a few clubs in recent seasons. However, none of the teams were able to buy the Senegalese international. Chelsea wanted a replacement for Antonio Rudiger and Andreas Christensen in the centre of the defence. Koulibaly was chosen as the player who could fit into Chelsea’s backline. The 31-year-old has had a mixed season so far for the club, with a few ups and downs. The team is also struggling to find form and that has also affected the stats of the players. We now look at some of the stats that show how the centre-back has fitted into the London side. 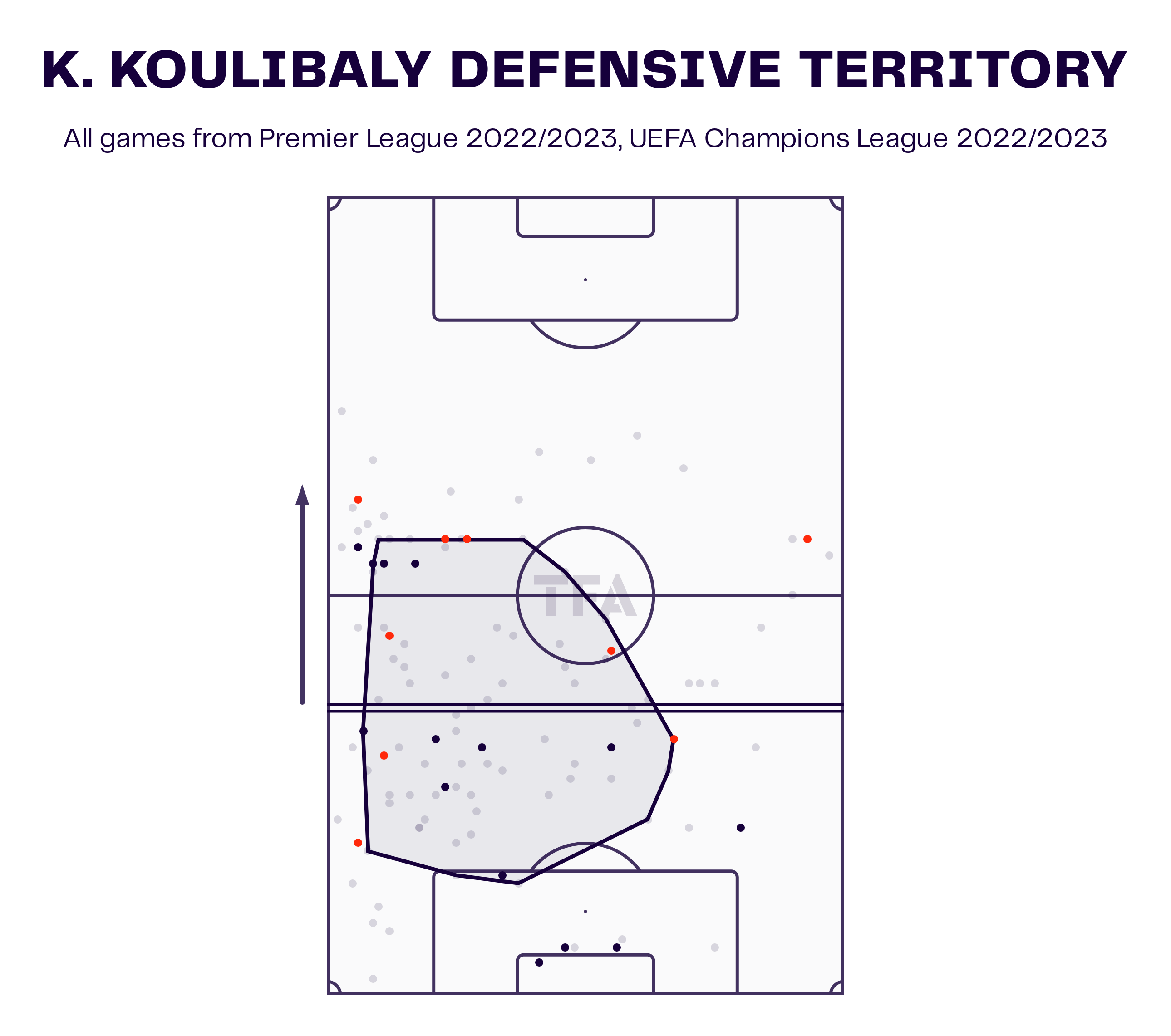 Kalidou Koulibaly starts on the left side of the three-man defence. He has played 568 minutes in all competitions for Chelsea this season and has even scored a goal. Koulibaly was sent off in a 3-0 defeat against Leeds United. The above viz shows the defensive territory of the 31-year-old. We can observe that Kalidou Koulibaly likes to play a high defensive line and provides a defensive cover for the left wing-back. The black dots show the interceptions, and the red dots show the fouls committed by the player. Koulibaly has made 24 interceptions this season, with an average of 3.8 interceptions per 90 minutes. He still commits a few fouls but is slowly adjusting to the pace of the English Premier League.

The Senegalese international is confident with the ball at his feet. The centre-back averages 61.16 passes per 90 minutes with an 89.4% passing accuracy rate. These passes include 11.09 passes to the final third with an 84.3% accuracy rate. The above pass map shows that Koulibaly likes to distribute the ball to the flanks and help his side get forward. 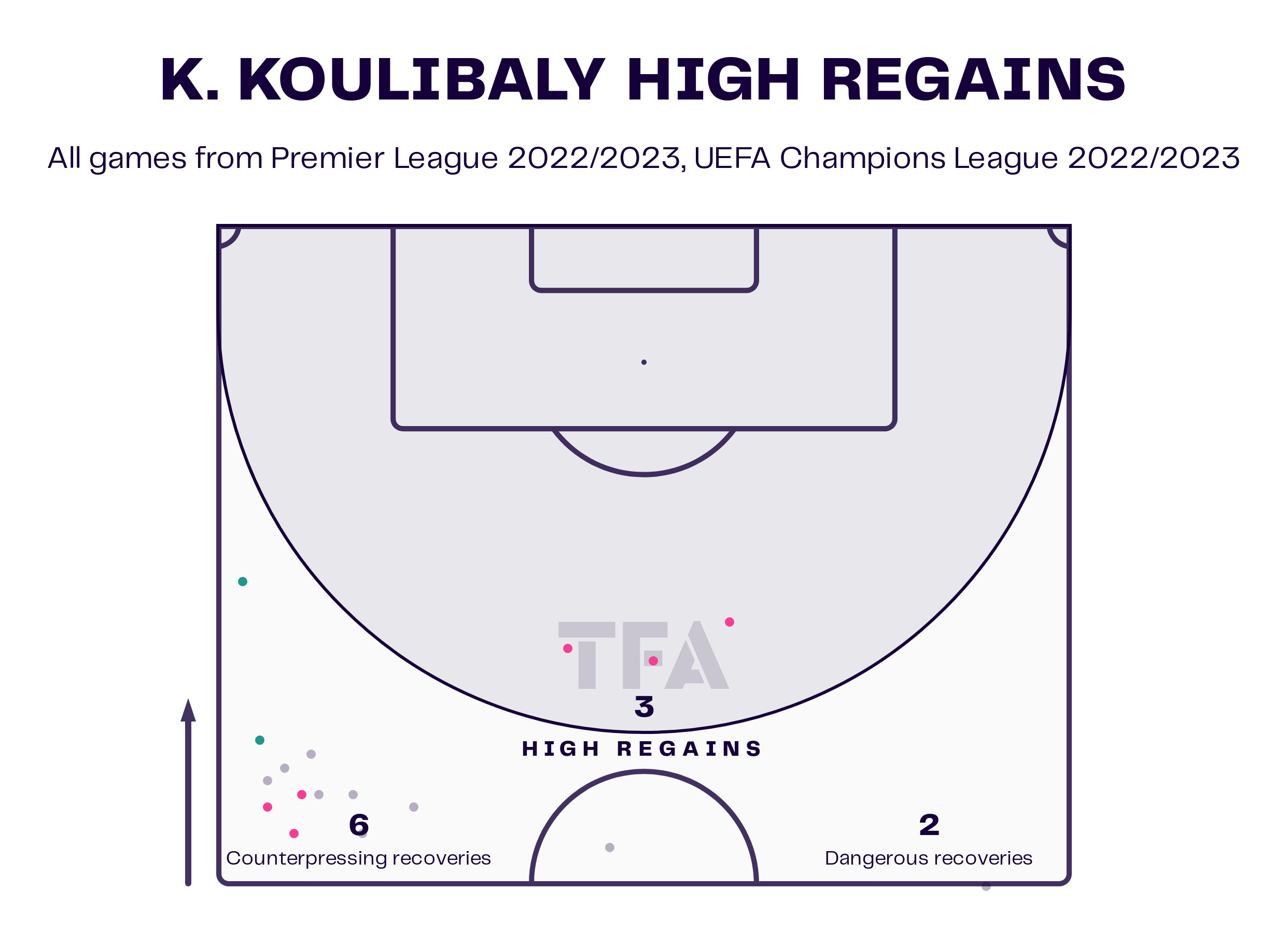 The 31-year-old centre-back is slowly settling into Chelsea’s backline. Thiago Silva and Wesley Fofana will be the other centre-backs that will accompany Koulibaly in most of the games. They will look to solidify the defence and help Chelsea to keep more clean sheets.