Chelsea have made a poor start to the season and have already lost three of their seven games played in all competitions this season. This resulted in the sacking of Thomas Tuchel and the appointment of Graham Potter. The Blues are underperforming, especially the players who were the backbone of Chelsea last season. One of the players who is underperforming is Chelsea’s attacking midfielder and playmaker, Mason Mount. The 23-year-old is yet to find his form this season and hasn’t made any goal contributions yet.

Mason Mount played the best season of his short career last time around. He had a combined total of 50 games played in all competitions, including 32 in the English Premier League and seven in the UEFA Champions League. The attacking midfielder scored 13 goals and provided 16 assists. 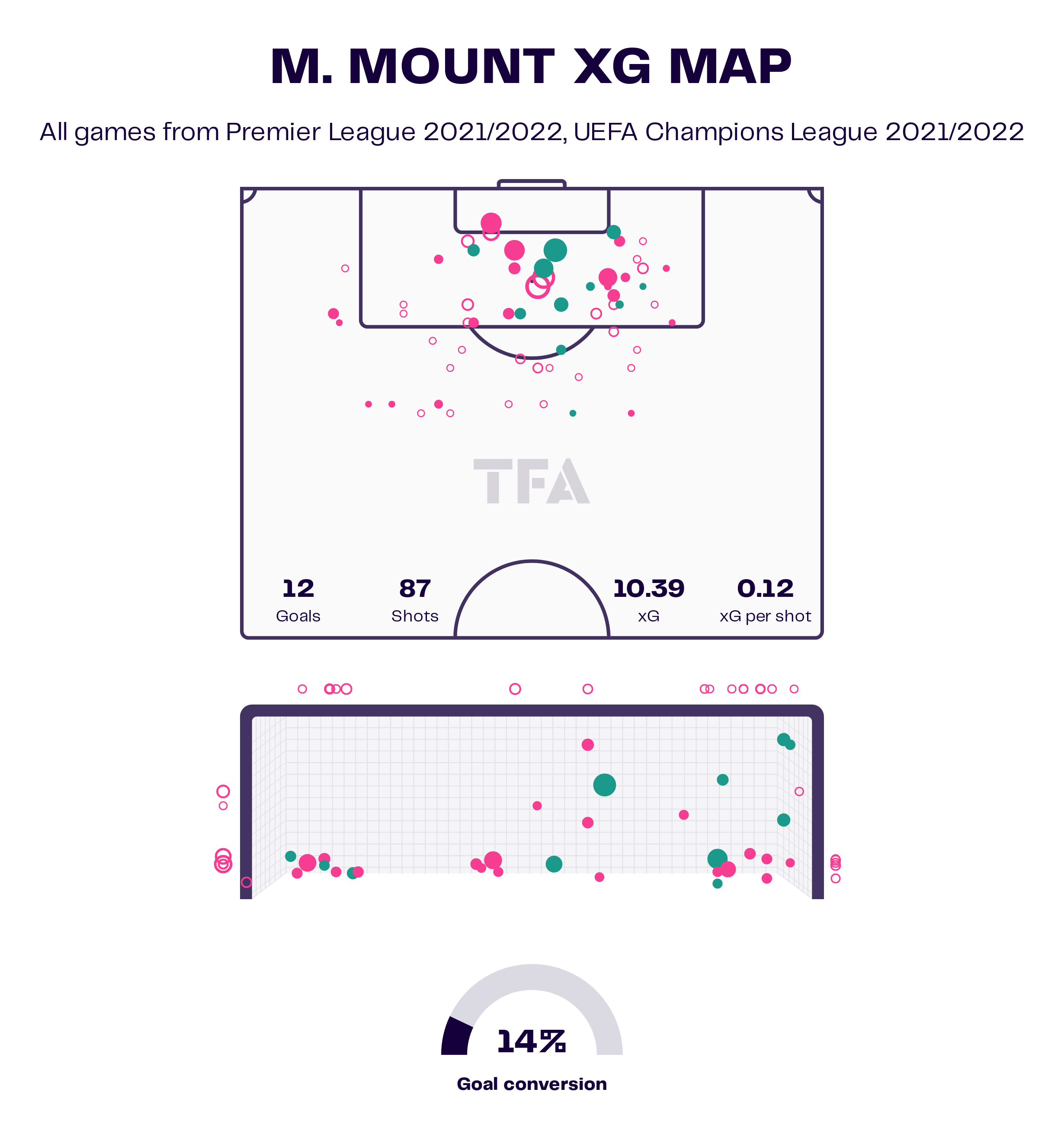 Mason Mount played as a right attacking midfielder last season. He was involved in 72.9 actions per 90 minutes and had a 59.7% success rate. The midfielder had a very direct approach towards goal contributions last season. He averaged 2.5 shots per 90 minutes and had an accuracy rate of 36.8%. The above viz shows the shot map in the English Premier League and UEFA Champions League. We can observe that Mount made space for himself inside the box and chipped in with a few goals. 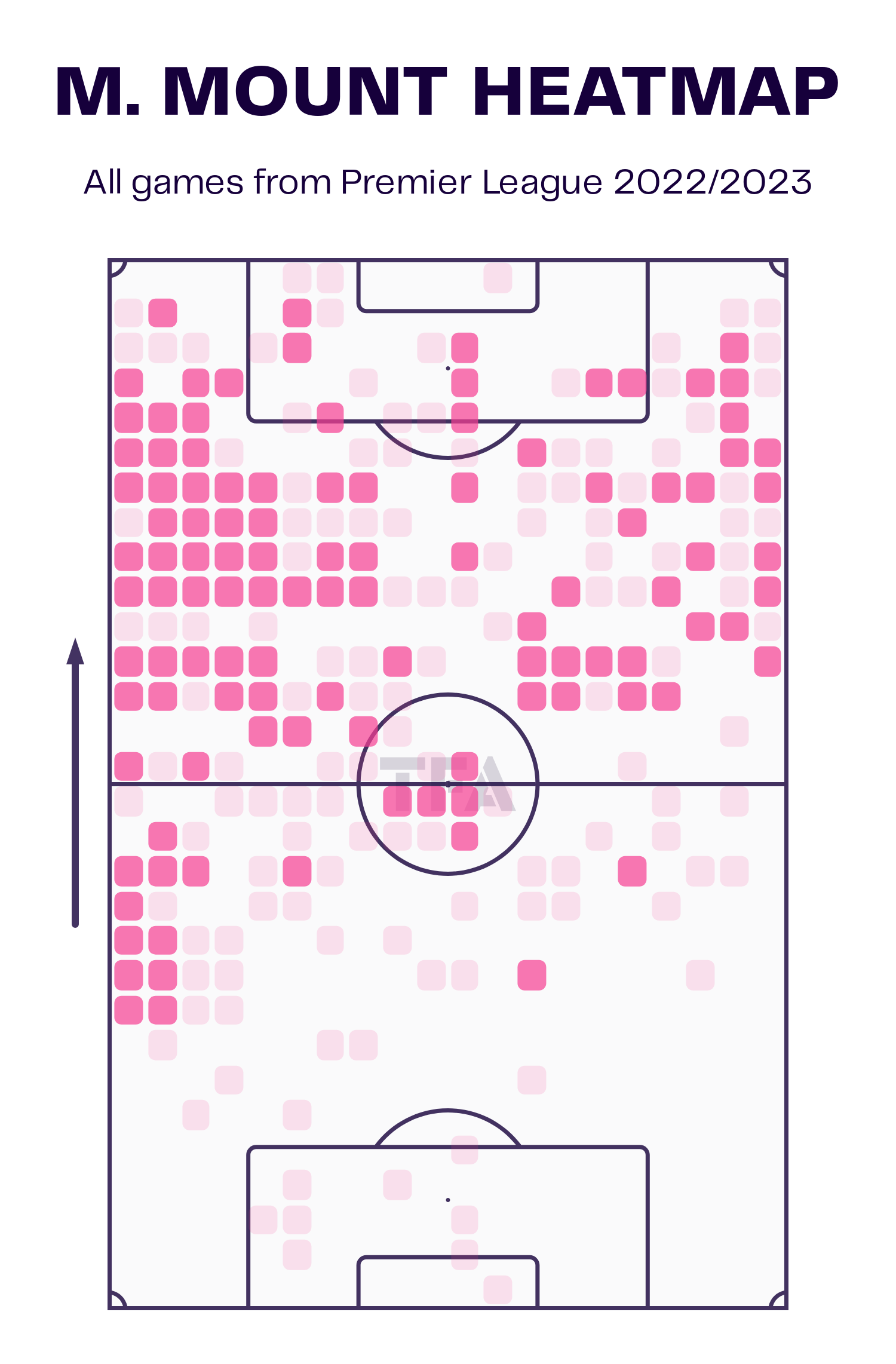 This season, Thomas Tuchel made a few changes and used Mason Mount on the left wing. Mason Mount has changed his approach and likes to hold the ball more than he did last season. Last season he averaged 40 passes per 90 minutes and this season the average has gone up to 45 passes. He is also receiving more passes this season and looks more careful in distributing the ball. 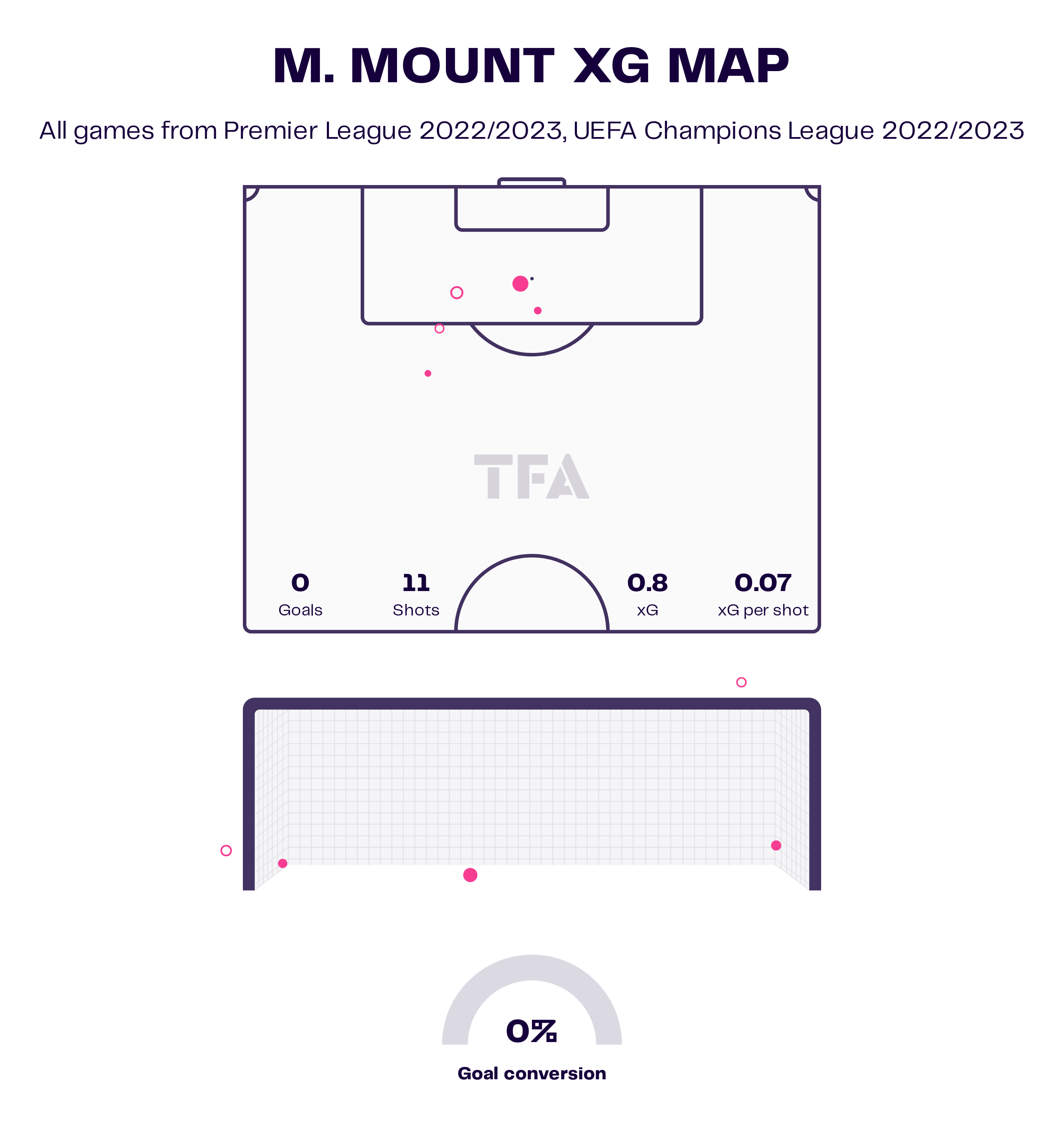 The 23-year-old wasn’t hoping for this kind of start to the World Cup season. He was unable to carry on his goalscoring form from last season and is yet to register his first goal of the season. The shots average per 90 minutes is below two, and most of the shots have been blocked by the opposition players. Mount is unable to create space for himself and this has led to goal-scoring struggles.

Mason Mount will look to regain his form under Graham Potter. The Englishman is capable of turning the match around and winning three points for his team. The manager will also hope that the most creative player in the team also chips in with a few goals and assists so that the other players also start adjusting to the gameplay and Chelsea find the winning formula.