Chelsea have made a disappointing start to their English Premier League season. They have played six games, which include three wins, one draw and two losses. The Blues have struggled both in attack and in defence. They have only netted eight goals and conceded nine in total. Despite spending a lot of money in the last 2-3 transfer windows, Chelsea players have failed to find their rhythm. This season, they lack creativity in attacking areas and rely a lot on their wing-backs. The midfield is struggling, and they haven’t made an impact in the attacking zones. One of the players who has recently made a return to the team and is capable of creating chances from the middle is Mateo Kovacic. The Croatian likes to carry the ball in dangerous areas and can also help his side score goals. We now look at some of the stats that show how Kovacic can be the creative force in the midfield. 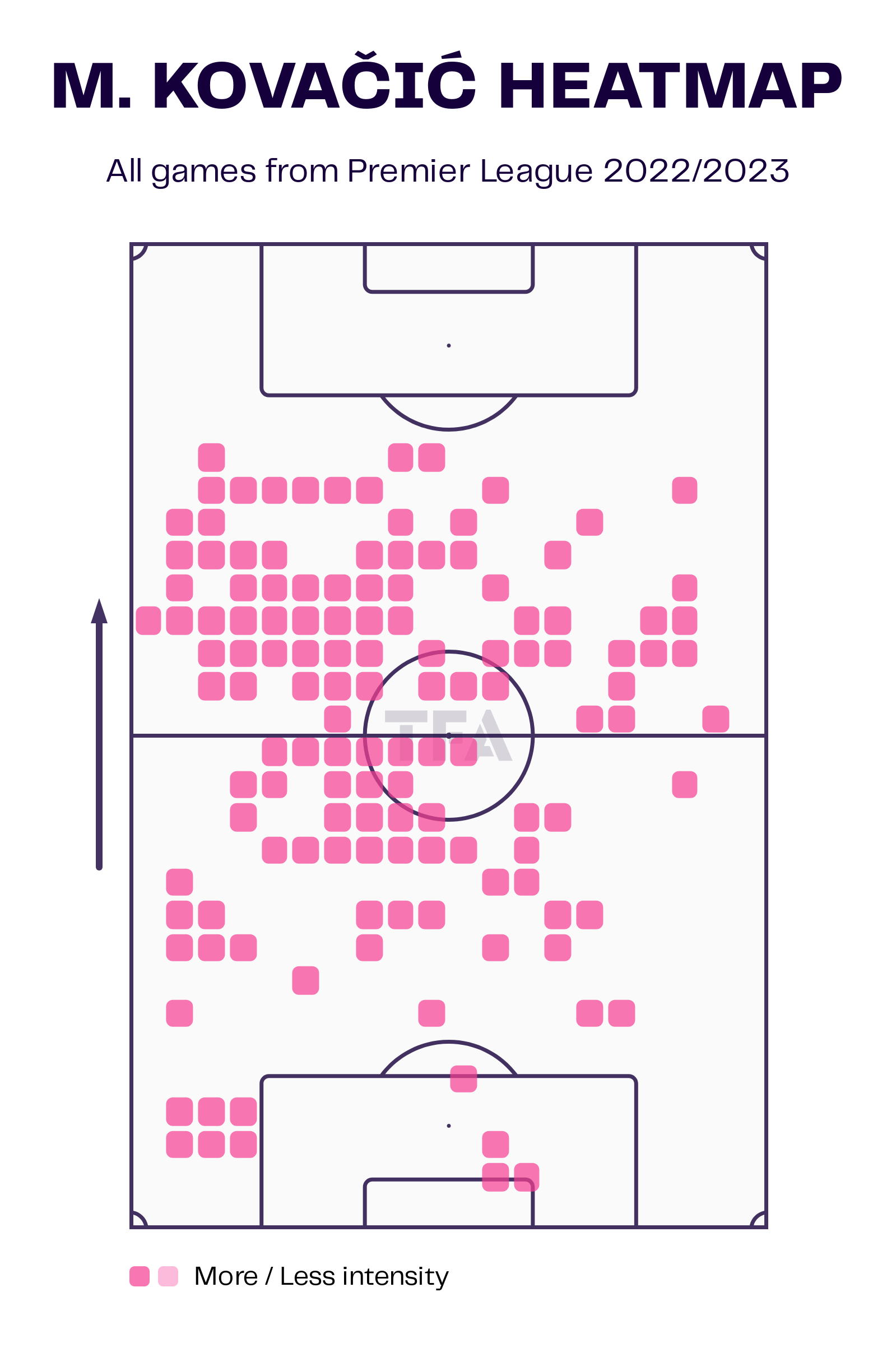 Mateo Kovacic returned to the team for the last 21 minutes of their 2-1 victory over Leicester City. He came off the bench in the next match against Southampton and played the whole second half. He started the next league match against West Ham United. Mateo Kovacic plays as a left-central midfielder and can also play in the defensive midfielder role. 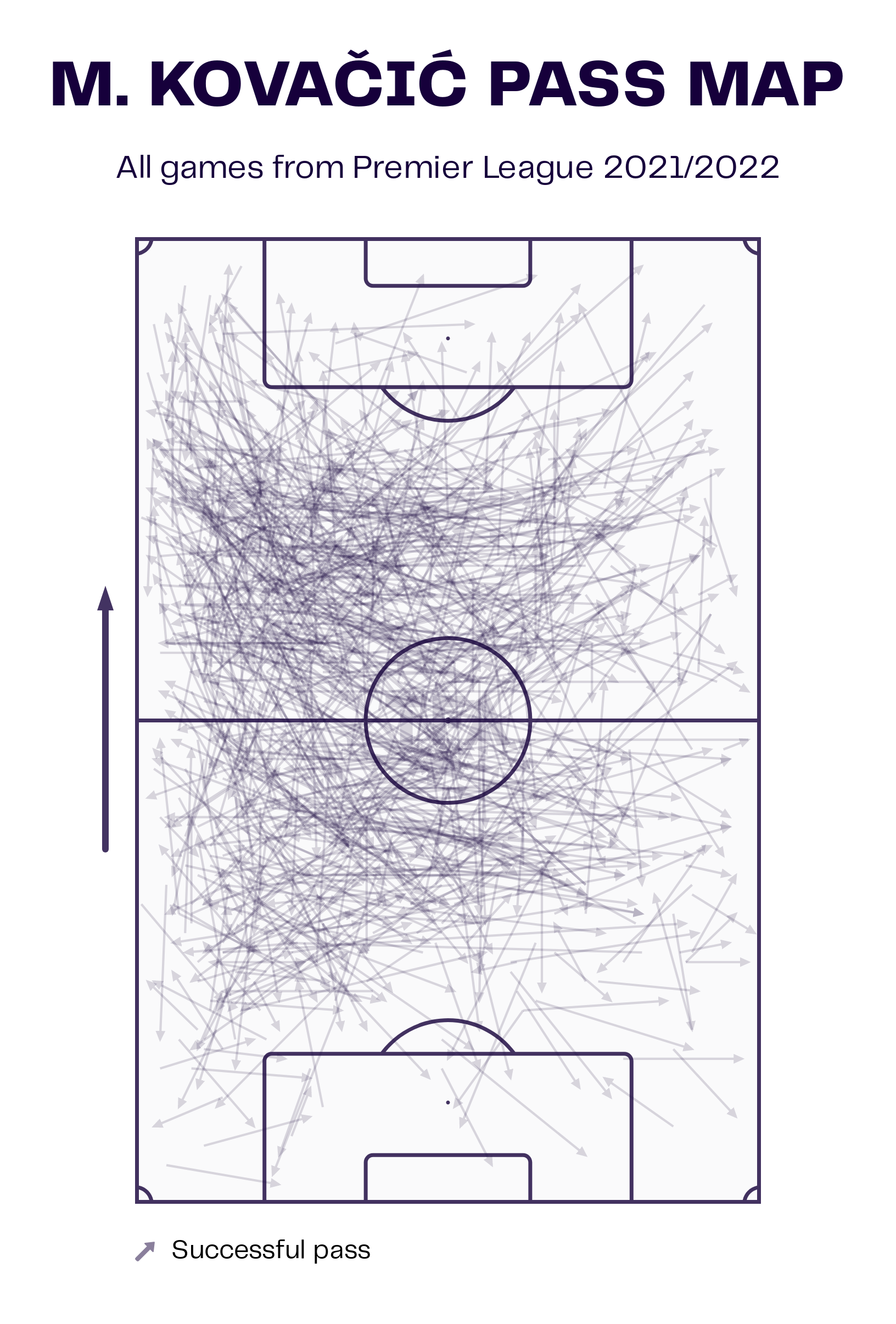 Mateo Kovacic spent 1695 minutes in the English Premier League last season. He scored two goals and provided three assists. Last season, he averaged 61.75 passes per 90 minutes with a 90.5% accuracy rate. These included 9.6 passes to the final third and 2.55 to the penalty area. This season, there is a bit of a change in role for Kovacic. He has kept the ball more and is involved in more passing links. He averages 65.17 passes per hour with an 89.5% accuracy rate. The number of passes to the final third has increased to 14.3 and the passes to the penalty box remain similar. These passes to the penalty area can create scoring opportunities, and Kovacic will be hoping to get an assist in the coming games to get his season going. One of the areas where the 28-year-old is handy is in carrying the ball to the penalty box. Last season he carried the ball 52 times into the penalty box, and this season he has already made four penetrating runs. Most of these runs came from the left side, and Kovacic will be hoping to make more such runs into the box.

Recovering the ball inside the opposition half is another area where the midfielder has excelled over the years. Last season, Kovacic made 55 counter-pressing recoveries and seven dangerous recoveries. A total of 47 recoveries were made in the final third. This shows that Kovacic helps his side to continue with their attacking momentum, and some of these recoveries can even lead to a goal.

Graham Potter’s appointment could see a change in the role of the midfielder. He is one of the creative forces in the midfield and the manager will look to make full use of his potential. Mateo Kovacic can make penetrating runs and can also recover the ball in dangerous areas. He will play a key role in his side’s success this season.