Graham Potter’s era at Chelsea began with a 1-1 draw against RB Salzburg in the UEFA Champions League. Raheem Sterling opened the scoring in the 48th minute. Noah Okafor levelled the score in the 75th minute. The Blues are still winless in this competition.

How many recoveries were made in the final third by Chelsea? Which RB Leipzig player won the highest number of defensive duels? 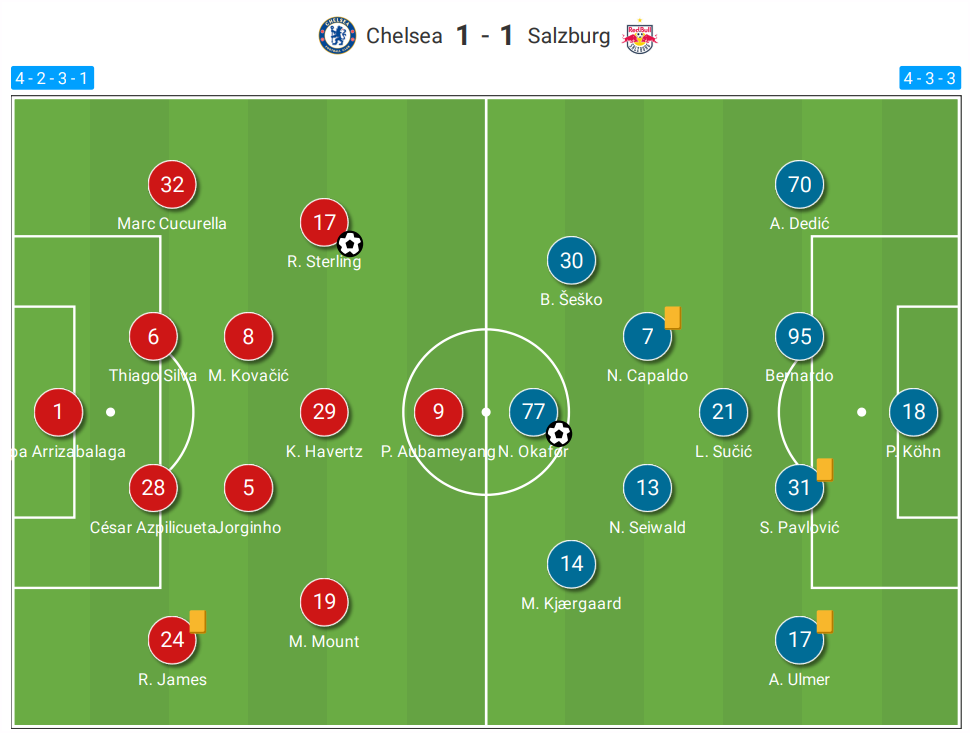