Chelsea have new ambitious owners who wish to take the club to another level. The management is looking to add new faces and offload some of the unwanted players. The Blues were unable to defend their UEFA Champions League title and failed to capitalise on the start that they got in the English Premier League. They finished in third place and lost the FA Cup final. The Blues are now actively participating in the transfer business and have set their sights on some of the players. One of the players that is on the wishlist of the Blues is Barcelona’s winger Ousmane Dembele. The 25-year-old struggled with injuries throughout his Barcelona career and has only made 102 appearances in five seasons with the Spanish club. They are also looking to offload him, and the player is heading to London, according to some of the reports. Dembele has pace and skills, and Chelsea have been looking for a similar kind of player since Eden Hazard’s transfer. 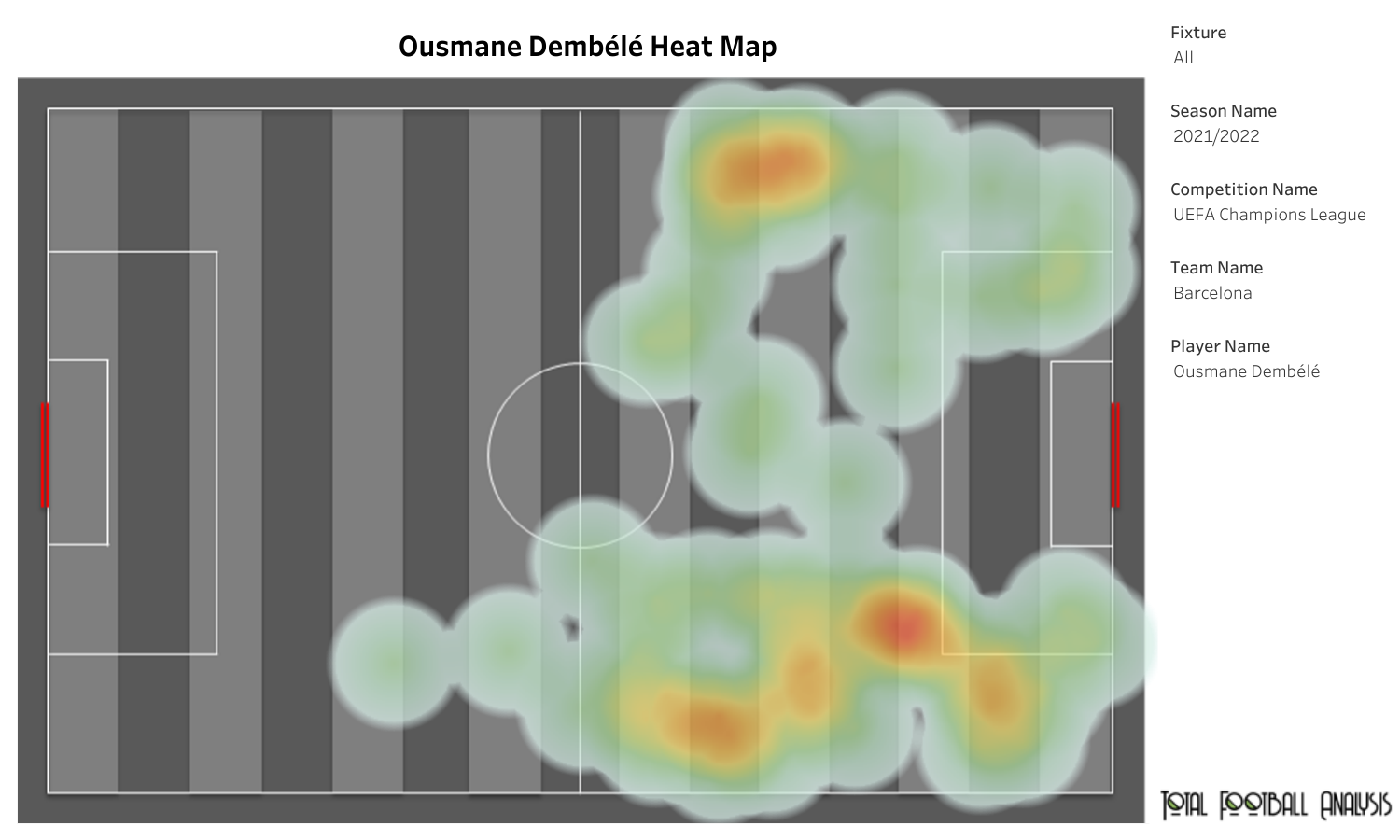 Dembele only featured in three UEFA Champions League matches for Barcelona, and he started in one. He failed to score a goal or provide an assist. However, the winger performed well in the league and was the highest assist provider, with 13 assists. He also had a goal to his name. The above viz shows the heat map of the right-winger in the UEFA Champions League. It can be observed that the Frenchman has featured on both sides of the pitch. He can play with both feet and is equally effective on both sides. But his preferred side is right. The 25-year-old took seven touches inside the opposition’s penalty box in these three matches and also stretched the opposition’s penalty box. 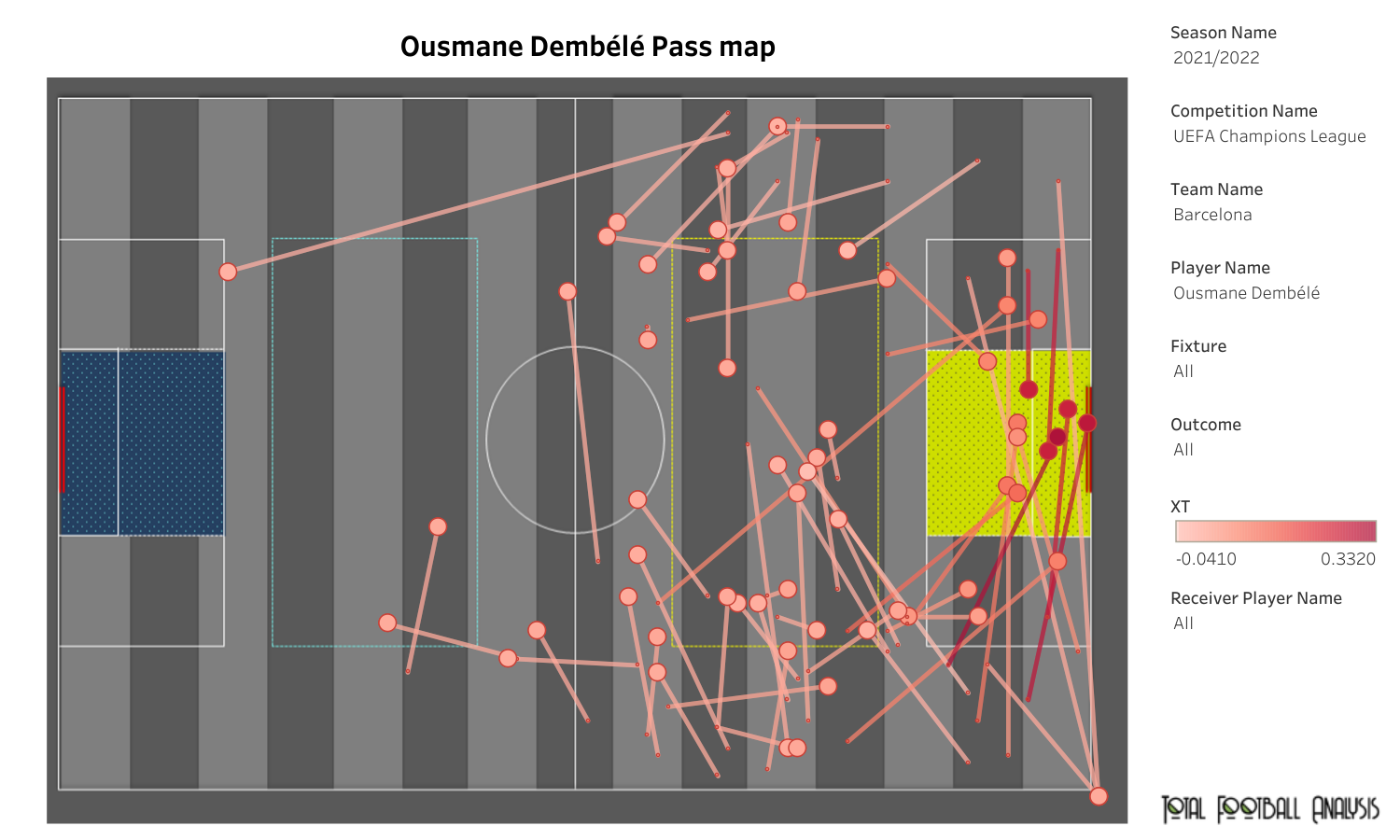 Ousmane Dembele has struggled with injuries and has experienced very little game-time. He is looking to get his career back on track and get ready for the upcoming World Cup. Chelsea are interested in signing the winger, and he could be on the move away from the Spanish giants. He has the pace and skill that could help Chelsea win silverware next season.